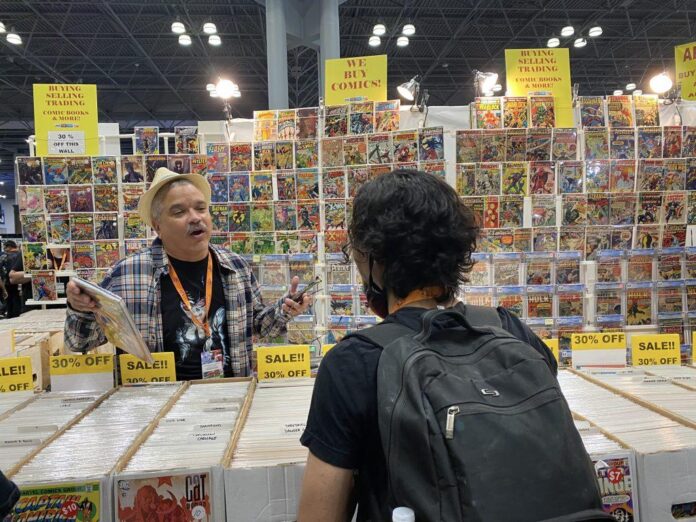 The aisles were packed with costumed fans at the Javits Center for the opening day of New York Comic Con on Thursday, where thousands had gathered for a celebration of not only all things comic book–related, but also the worlds of sci-fi, fantasy, and anime, from tv shows and movies to action figures, trading cards, and other collectibles.

Amid the convention’s over-the-top spectacle—including photo-ops with Madame Tussaud’s new wax figure of Marvel supervillain Loki, and a monumental bowl of some kind of Asian noodles (because why not?)—the comics themselves can seem like almost an afterthought. But as you approach the convention hall’s northeast corner, there they are, dealers with row upon row of long cardboard boxes, each filled with hundreds of comic books.

These ungraded books can start for as low as $1, and quickly escalate in price based on rarity, condition, and desirability. Hanging on the wall of each booth are the true collectibles: issues officially graded out of 10 and permanently sealed in a tamperproof case by Certified Guaranty Company, with prices that range into the six figures.

It’s those kinds of comics that have recently been selling at unprecedented prices—the 10 most expensive comics at auction have all sold during the past two years, led by the $3.6 million sale of (1962), featuring the first appearance of Spider-Man, in September 2021. The super-powered teen, a product of comic’s Silver Age, now ranks above Batman and Superman, whose Golden Age-era first appearances previously dominated the industry’s top sales. 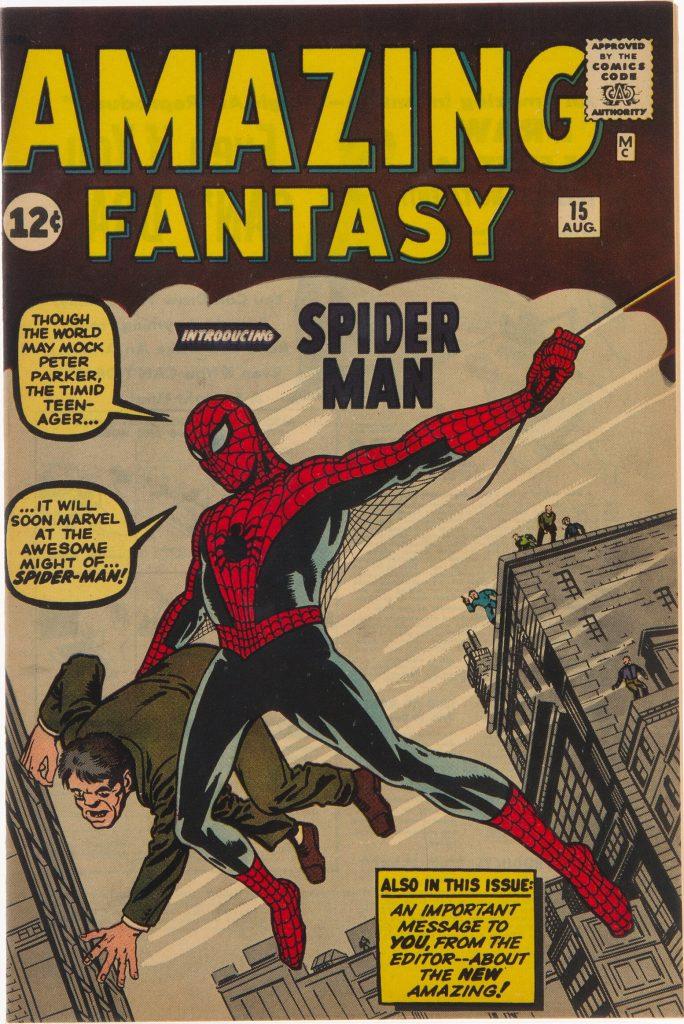 Normally, I spend my time at New York Comic Con seeking out the artists, many of whom are there in person selling their wares—and will even draw you something on the spot down in Artists Alley. But this year, I wanted to talk to the dealers, to try and understand the red-hot comic book market and see if the recent explosion in record-setting sales reflected an increased demand at lower price points as well.

“It’s a speculator’s market—that drives the prices,” Ruben Miranda, a comic collector and expert who was helping work the booth at Absolute Comics and Statues, told Artnet News. “If there is any speculation that a character will make a film or television appearance, that’s what will shoot up the value of a book. So dealers are out there hunting for general first appearances or obscure first issues.”

Miranda, who assists different dealers at cons across the country throughout the year, agreed to speak to me on the condition that he’d have to step away should any customers need assistance—several other dealers declined interviews while tending their booths, citing brisk opening day business.

But those who did spare a moment to talk were in agreement: The market for comics has had the same boost seen in other collectible categories since the start of lockdown in 2020, such as video games and trading cards. When people were stuck at home, many of them started placing bids in online auctions, leading to skyrocketing prices for collectibles and attracting hoards of new buyers.

“It’s insane,” Mike Carbonaro, a comic book dealer and the founder and organizer of the rival Big Apple Comic Con, which will open in December, told Artnet News. “I always believed in this, and thought it would have risen to where it is now, but incrementally—instead, it took a pandemic!” 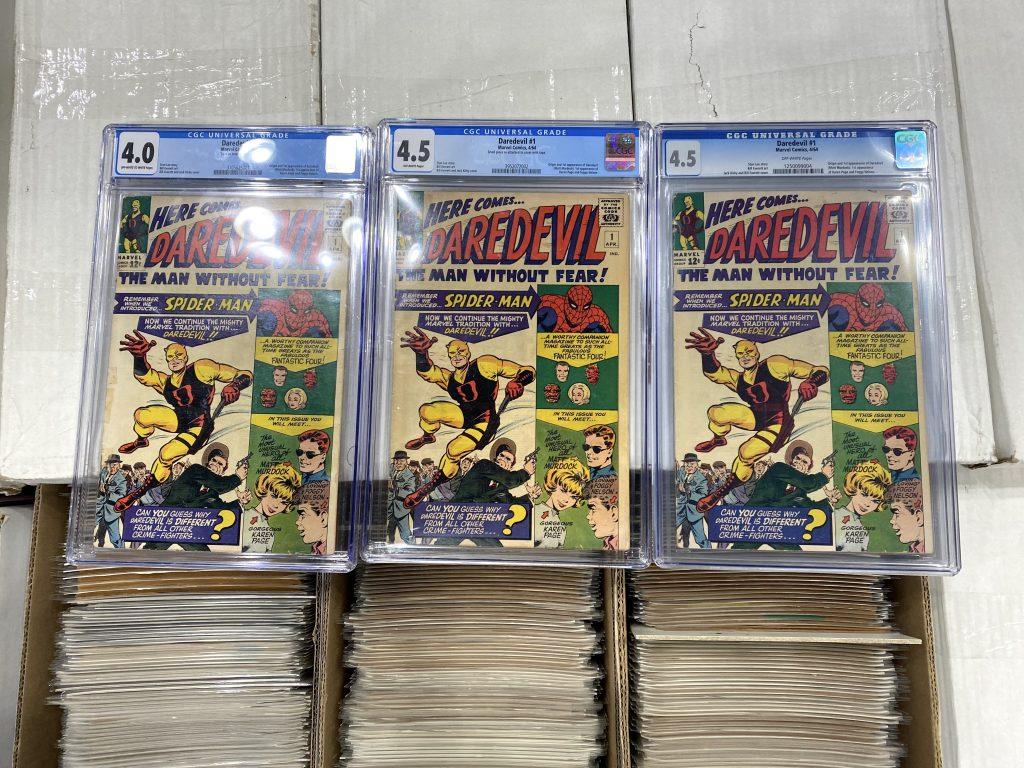 Lockdown, of course, was a double-edged sword for the industry, shutting down conventions and causing extreme financial hardships for the artists and dealers who relied on the circuit to earn a living. But for online comic auctions, it was a boon.

“The first three months of 2020, there was an enormous panic. A lot of books got sold really cheap, but then the market really picked up and went crazy through 2020 and 2021,” Robert C. Storms of High Grade Comics told Artnet News. He’s been selling comics since the 1970s, when he was 13.

The uptick in interest is also attracting new players in the sector, such as the online collectibles auction house Goldin. The company expanded from its sports memorabilia roots just over a year ago, months after its July purchase by Collectors Holdings, a group co-owned by art collector and New York Mets owner Steve Cohen.

“You started to see a rise in modern collectible types. It was a kind of ‘rising tide lifts all boats’ kind of thing,” Dominic DiAntonio, a comics and video games expert that joined Goldin as a director last year, told Artnet News. “I think a lot of it was tied to crypto and alternative investments becoming popular.”

For its NYCC debut, Goldin brought some $2 million to $3 million in inventory, all also offered in online auctions. That included a rare Pokémon “Illustrator” card that sold later than night for $480,000, and an array of comics hitting the block later this month. Two large but friendly security guards were stationed at the booth to guard the valuable collectibles.

Storms’s biggest ticket item was a $260,000 copy of (1940), the first standalone comic for the Dark Knight and the first appearance of the villains the Joker and Batman. The front cover had torn off, but otherwise it looked to be in much better condition than its grade of 1.8—“You could see another 1.8 that looks like a truck ran over it,” Storms said. 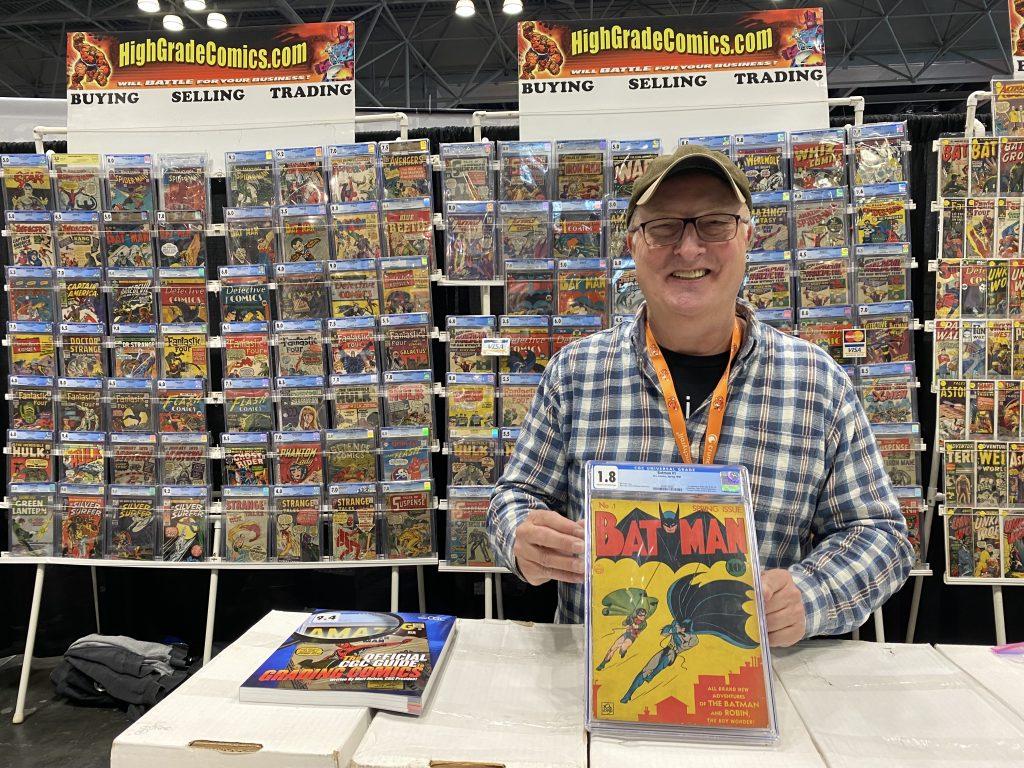 Absolute Comics’ most expensive offering was a copy of the aforementioned , which carried a price tag of $150,000.

“Anything of the early Spider-Mans are a solid investment at any grade. The first 38 [issues] by Steve Ditko, and even up to 100,” Miranda said.

“If you buy an , will someone buy it in 10 years? Yes,” Storms agreed. But attempting to predict the future demand for modern issues, he warned, is riskier business. “When came out [in 1992], everyone thought it was going to put their kids through college, but now it’s worth $50.”

On the other hand, comics can make their way from the dollar bin to the display wall overnight. When the live-action series , which debuted this summer on Disney+, was first announced in August 2019, it was in the middle of a convention.

“ was a cheap bin book; something you could get for $1, $3, $5—a nothing book,” Miranda recalled. “That day, every dealer was running in to pull it out of the dollar bin. It was selling right away.” 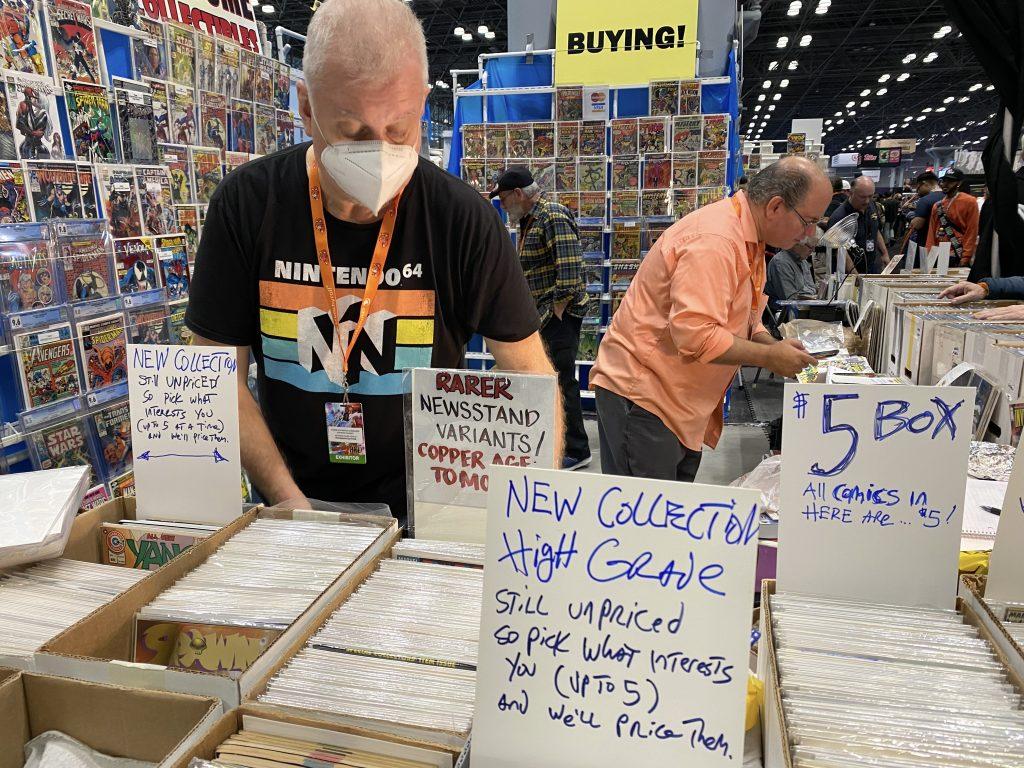 “It’s great if you own, because now the book is worth ten times what you paid for it, but as a buyer, you have to look at the character and say, ‘Is it worth what you’re spending?’” Storms added, noting that there was a similar surge of interest thanks to , also released on Disney+ this year. But then that comic line “kind of did a swan dive, because the show wasn’t so good.”

For the most part though, the growing Marvel Cinematic Universe and DC Extended Universe are helping drive the market, introducing comic book characters to a wider audience—all of whom are potential collectors.

“It’s not like the stamp market,” Storms said. “There’s actually a younger influx of buyers and sellers. You can see a grandfather, a father, and a son all collecting—you have to be careful about profiling young kids when they come up to the booth!”