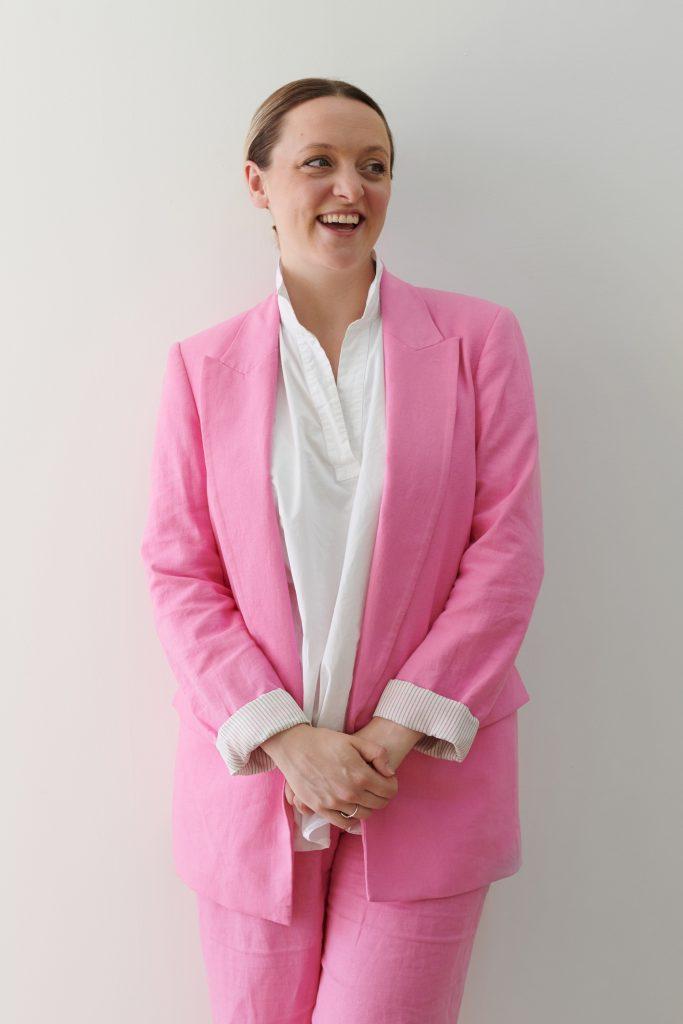 When Sid Motion opened her first gallery on the site of a former betting shop in King Cross, London, friends and family were quick to joke that she was taking a major gamble. Six and a half years later, as Motion surveys the scene of her large and airy white-walled gallery space in Peckham, that wager seems to have paid off.

She made the move south of the river in 2019, after three years in Kings Cross, just a year before the pandemic, swapping the glossy surroundings of the newly opened Thomas Heatherwick-designed Coal Drops Yard for the Penarth Centre, which is home to more than 50 artist studios. She is the first and only commercial gallery to land on site, and claims that she has seen no change in the number of visitors. In fact, it may even have gone up.

“I was interested in joining a studio block and being part of a community,” she says when we meet on a chilly October afternoon at the gallery. The Penarth Centre is located on a former industrial estate close to a railway line, while an active metal workshop can be seen from the window of the gallery. When Motion greets me at the door, a local artist pops his head in and asks if he can take a look around at the new show, then pads around the room while she makes coffee.

As we sit down, she explains that her first initiative upon arriving in the area was to set up a local art trail. “There is no common working space in the center for the artists and they just don’t meet each other. So to host a party in the gallery once a year, and have a weekend where they can all explore each other’s studios, has really changed that.”

As one of London’s most exciting young gallerists, the 34-year-old Motion has built a name for herself as a friend to artists, with an astute eye for up-and-coming talent. Young artist Remi Ajani, a recent Slade graduate who Motion spotted early, calls her “the artist whisperer.”

Born and raised in North London, the daughter of former poet laureate Andrew Motion and Jan Dalley, the arts editor of the , she has long held an interest in the industry. “I was very lucky because I grew up in an arty family,” she says softly when I ask about her well-connected upbringing. “My parents always took us to museums and galleries but not so much commercial galleries, to be honest, so that was a bit of an unknown territory.”

Motion went on to study fine art and graphic design at Chelsea and London College of Communication respectively, but never had ambitions to become an artist herself: “I was very clear that that role was for somebody else.” Instead, she would put friends in group shows even during her time as a student, an early experience that continues to ground her work as a gallerist today. “I love the idea of introducing new voices to the art world, to be able to work with people in their first few experiences of showing.” 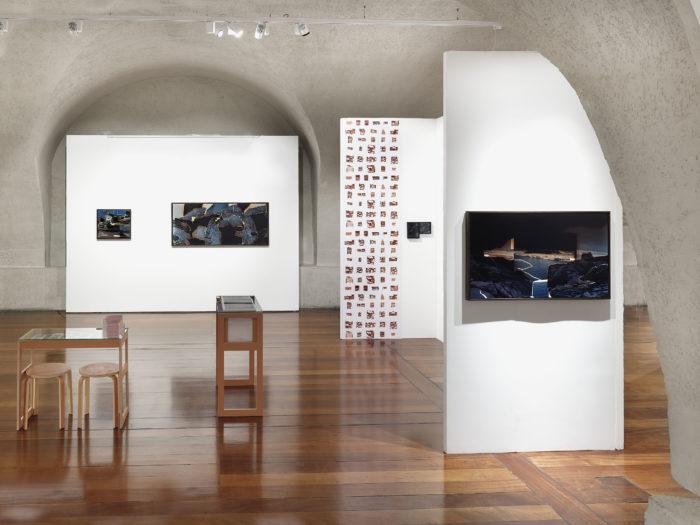 It was this ethos that informed her move to Southeast London, where she saw emerging artists. “She is highly considered yet willing to take risks—a fine balance that is rare,” Dafna Talmor, who is represented by Motion, says. The printing studio of her partner Charlie Billingham, with whom she is also currently expecting a child, is directly next-door to the gallery, and plays host to a rolling program of artists-in-residence.

Motion speaks fondly of cups of tea shared with latest resident Aimee Parrott, with whom she could engage not just in the exhibition of finished work but in the active process of the making.

“I think it’s too grand to suggest that I bring a commercial gallery closer to the studio, but I did notice in London that the void between the two can feel huge,” she says. “Practicing artists and the opportunity to show are absolutely worlds apart, and so to edge those things a little bit closer feels like it makes sense for me.”

The artists who Motion chose to show are eclectic. “I’ve intentionally tried to keep my exhibition program and mediums quite varied,” she says. “I am very interested in painting but I don’t want to show it exclusively.” Her roster of just four artists includes photographer Dafna Talmor and 63-year-old Vincent Hawkins who works primarily with drawing, as well as two painters.

In a competitive gallery landscape in which there is often a rush to stake one’s claim on an artist, Motion’s decision to keep her gallery artists highly selective is surprisingly refreshing. “I feel like I really owe them something if I represent them, and I want to be accessible to them in a way that means we can speak every day if they need to. I feel I have a duty to them.”

Motion’s official roster may be small but she has exhibited over 100 names in more than 50 exhibitions since she first opened her doors. These range from abstract painter Mary Ramsden, represented by Pilar Corrias, to sculptor Gabriele Beveridge, and bigger names such as Rose Wylie, who is represented by David Zwirner.

Motion herself cut her teeth at Zwirner’s newly-opened London space, where she “learned everything I know.” This was followed by a role as an artist liaison at the now-shuttered Max Wigram gallery in Mayfair. The most important lesson that she learned in the blue-chip gallery world? “Put the artists first.”

She is also defined by what she has chosen to do differently. “I had an amazing experience in these world-renowned spaces, but it felt quite disconnected from some of the artists, friends, or communities I was witnessing. So when I opened, one of the things I was very keen to do was to make price points accessible, and be a place that artists could meet each other and be in dialogue with each other.” 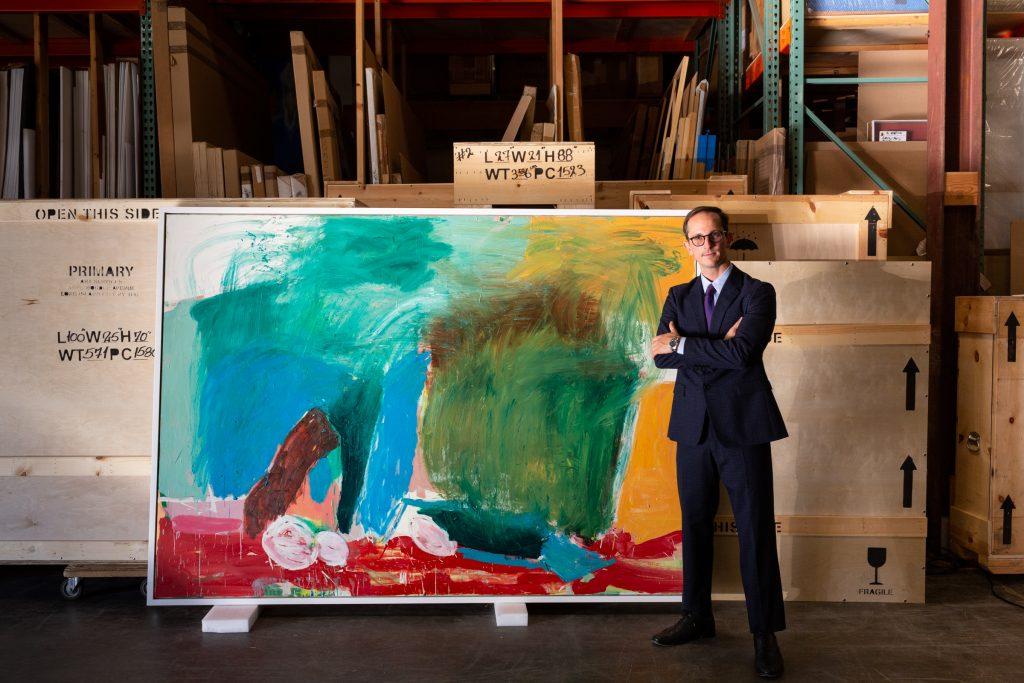 Her own events are a typically low-key affair, including a recent gallery dinner hosted in the small Italian cafe of a nearby park in South London. “I approach everything I do at the gallery with seriousness and integrity,” she explains, “but I don’t think that means being fussy.” Dressed in an oversized white shirt, black jeans and Converses when we meet, it is clear that she does not conform to many of the formalities often associated with art dealers.

Yet she is no stranger to the challenges of the art world. “I don’t feel the pressure to always need to get it right. I’ve made decisions that might not have been the most commercially savvy,” she laughs ruefully, “but I hope it makes an exhibition program that feels really exciting and nuanced, diverse and surprising.”

She still recalls the former stars of the young London gallery scene such as Limoncello, Laura Bartlett, and Breese Little, all of whom closed down in the year that she opened her first space. 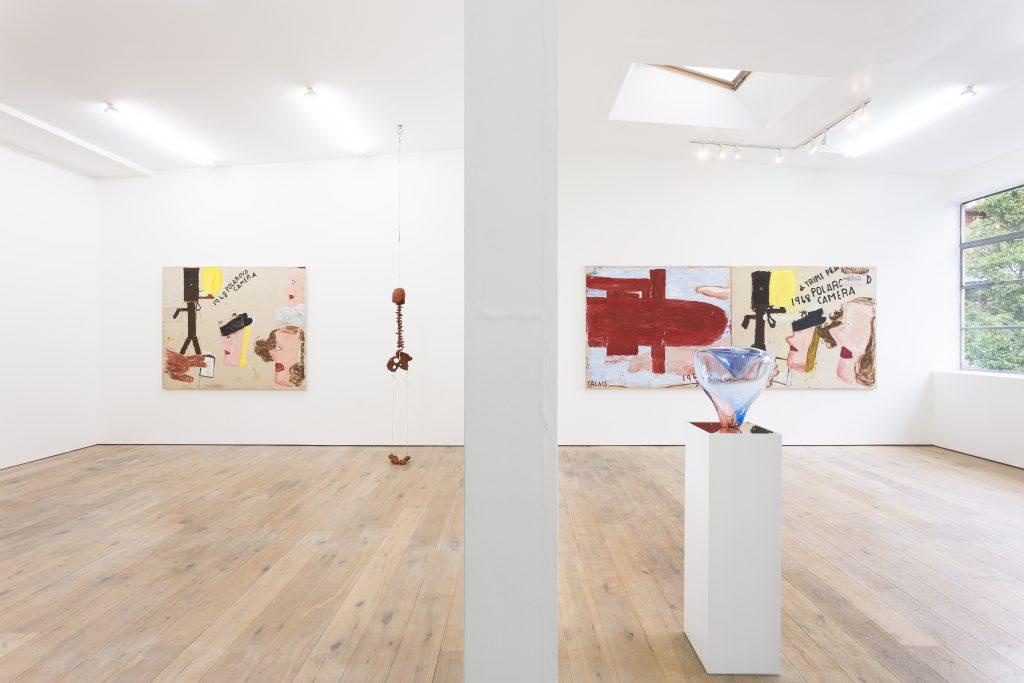 “They were really people that I looked towards in what can be achieved, and those closures felt like a big, big shift,” she says. “There are a lot of brilliant young galleries here now but it has felt like a harder place to be since Brexit. I hope to uphold some of the values that are sewn into London.”

The gallery continues to be a site of experimentation for Motion. In her latest exhibition, Same Same (opened the week before Frieze London) she asked eight artists to execute the same idea twice. Pairs of works can be spotted around the room, for both their similarities and their differences, in a knowing play on twinship. Motion reveals that she herself is a twin, musing that this shared experience has perhaps influenced her outlook and openness to creative collaboration.

She remains involved in every aspect of the running of the gallery, offering an intimacy that enables her to build a lasting trust with clients and artists alike. “Whether they turn up here, or they write me an email, or they call, they know who they’re getting,” she concludes. “And I hope that the level of relationship that I’m able to offer means that people feel that they have a relationship directly with me.”