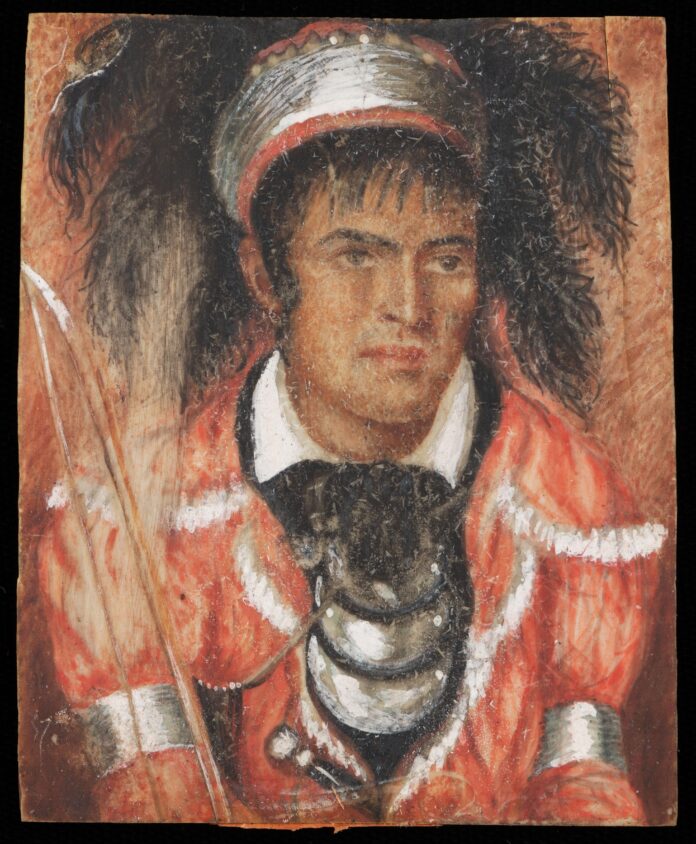 A rare miniature portrait depicting a Chickasaw dignitary named Kinheche has been acquired by the Colonial Williamsburg Foundation, a living history museum that holds a vast collection of colonial-era American art. Kinheche, a Chickasaw warrior and leader, is depicted wearing accessories indicating his status, such as a silver arm band, ceremonial pendants, weapons and a headband adorned with ostrich features. The painting is also notable because it was painted by a woman, Caroline Dudley, who witnessed the treaty summit between the Chickasaw Nation and the American government. According to lore, she was so taken with Kinheche that she was inspired to paint the watercolour-on-ivory portrait.

The Speed Art Museum in Kentucky has received a bequest of 177 contemporary works from the collection of the late philanthropists Alfred and Mary Norton Shands. The Southern tastemakers began collecting in the 1980s, amassing a repertoire of works by artists such as Sol LeWitt, Olafur Eliasson, Maya Lin, Andy Goldsworthy and Anish Kapoor (whose Untitled (1999) is pictured above). The couple’s art-filled home in nearby Crestwood, known as the Great Meadows, now houses their foundation, an organisation that has awarded nearly $1m to regional artists. The British-Indian artist’s sculpture, crafted from steel and paint, will be shown in an exhibition in March next year organised by Julien Robson, who had been the Shands’s personal curator. “Al Shands would often remark that he wanted the collection to feel like a giant and welcoming dinner party,” Robson says. “As the art makes its way to a new home, all are invited to bring their own perspectives to the table.”

The American artist Wu Tsang debuted the immersive video and sound installation Of Whales (2022) at the 59th Venice Biennale this year, as part of The Milk of Dreams group show curated by the artist Cecilia Alemani. The work, comprising a 16m-wide LED screen showing luminescent underwater scenes, is an installation based on the artist’s feature-length film adaptation of Herman Melville’s classic 1851 novel Moby-Dick, which narrates the hunt for a sperm whale in the deep seas off the coast of Massachusetts. The work was installed at the Gaggiandre in Venice, a water-lined 16th century shipyard turned exhibition space. There, visitors could experience Wu Tsang’s psychedelic extended reality oceanscapes. After its acquisition, the piece will now be installed in the atrium of The San Francisco Museum of Modern Art, and will be a centrepiece of the museum’s larger initiative to offer public art experiences to the wider community of San Francisco.