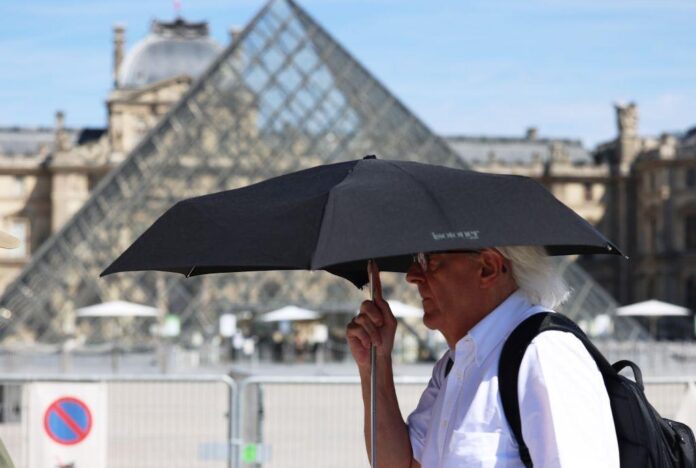 As Europe is literally set on fire, with record-breaking heat and active wildfires this week, museums around the continent, particularly in the hard-hit U.K., have responded with a mix of last-minute closures and free admission.

While museums in Belgium offered free entry on Tuesday to elderly visitors seeking a cool respite in air-conditioned or otherwise cooler buildings, elsewhere, some workers at art institutions, particularly in the U.K., complained of inaction and poor planning for what climate experts warn will become an increasingly common phenomenon.

“Our union had asked for the [British] Museum to be closed over the heatwave, and it felt like our concerns weren’t being taken seriously enough,” wrote Jasmine Lota, health and safety officer for the Public and Commercial Services Union (PCS) Culture Group, in a message to Artnet News.

The museum’s response “felt a bit rushed and last minute, even though they knew there was a heatwave coming,” she added. She said some workers “became ill because of the temperature and there were reports of visitors fainting and having nosebleeds.”

“There’s a risk to workers’ health and safety any time the temperature increases above 24 degrees and with indoor temperatures of above 32 degrees, our members were very concerned (and still are because working temperatures are still too high) about typical symptoms of heat stress like an inability to concentrate, fainting or the very serious possible effects of heat stroke which can result in death,” added Lota on Wednesday. 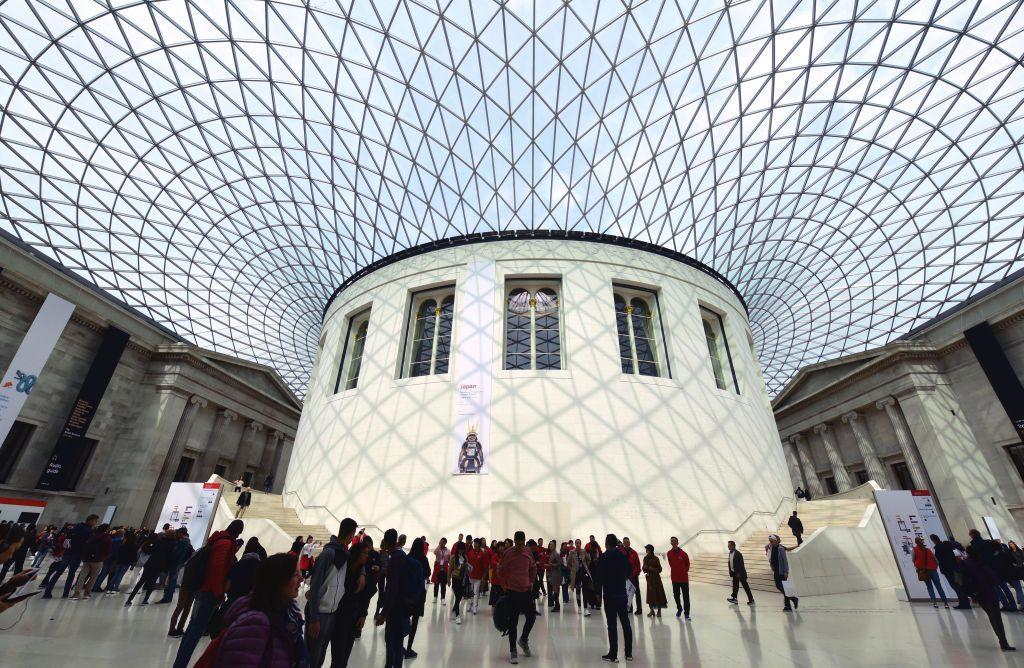 A view into the glass-roofed courtyard of the British Museum. Photo: Waltraud Grubitzsch/dpa-Zentralbild/ZB via Getty Images.

In the U.K., an all-time record temperature of 40.3 C (104.5 F) upended daily life this week. And in light of some seemingly melodramatic responses to the heat—there were reports of horrified witnesses to unsightly British lawns gone (gasp) brown—outsiders used to hotter weather did not always immediately understand the urgency. However, as families lost homes to fires and London’s mayor declared Tuesday the “busiest day for the fire service in London since the Second World War,” it’s become clearer this week’s extreme heat has posed a clear danger, and may be followed by another as the summer progresses.

Fires have also been raging elsewhere in Europe, claiming swaths of Italy, France, Spain, and Greece, to name a few.

“Formal collective agreements and proper policies to keep staff and visitors safe are needed going forward. These types of heatwaves are becoming more common, and it’s important that employers and workers know what to do and how to do it,” wrote Nick Marro, a PCS Culture Group organizer, in a message to Artnet News. “Beyond that, we need real action on climate change. For too long, governments have made promises on tackling climate change and then failed to act.”

With the British Museum’s large glass roof and lack of air conditioning, galleries in the upper floors began warming beyond 30 degrees C (86 F) on Monday and Tuesday, prompting the closure of upper levels, and an early shuttering of the whole building at 3 p.m. The Victoria and Albert Museum also closed individual galleries earlier this week due to a Red National Severe Weather Warning, confirmed a museum spokesperson. 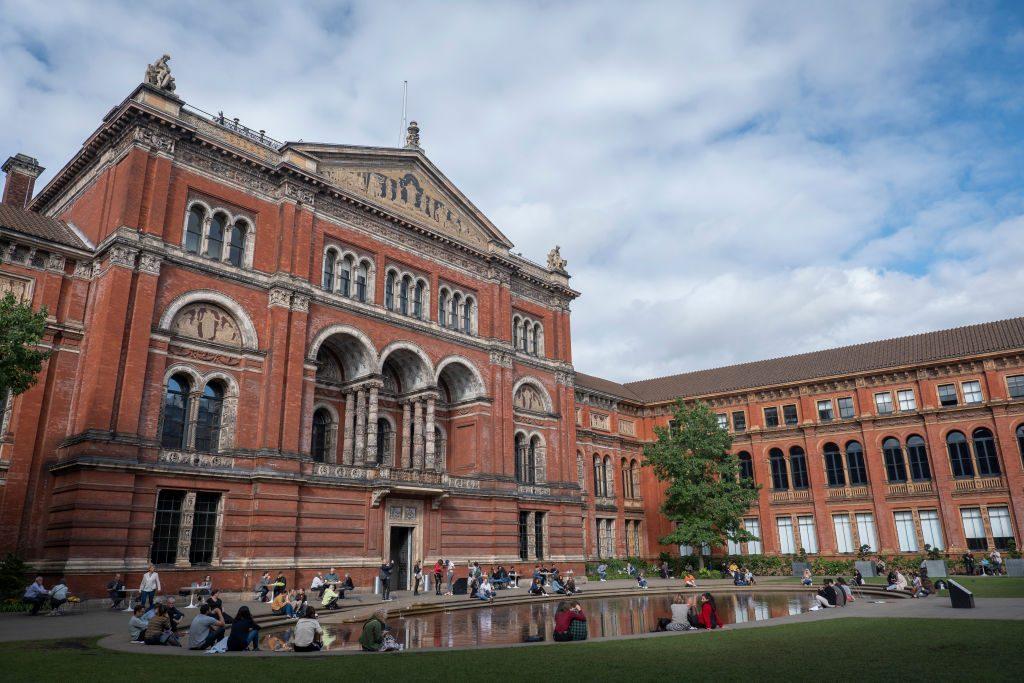 The Madejski Garden at the V&A. Photo by Sam Mellish / In Pictures via Getty Images.

A British Museum spokesperson defended the museum’s response to the climate emergency in an email to Artnet News: “The safety and security of our staff, visitors, and collection are paramount and we made continual dynamic assessments of the conditions, associated risks, and required mitigations throughout the period leading up to and including July 18 and 19 and made adjustments to our approach as appropriate. Those considerations were informed by advice and input from a full range of people including relevant subject specialists, employees on the ground and their representatives.”

The spokesperson added that the museum briefed staff on guidance for working in hot weather in advance. “In addition to closing some gallery spaces and early museum closures, we implemented additional breaks, frequent rotations, relaxation of dress codes, access to bottle water and ice buckets and much more in addition. We continue to monitor the situation and measures we have in place and will take any further actions necessary,” the spokesperson said.

With reports of possible damage to some art objects due to melting wax or glue, the museum said that “temperature-sensitive items” were removed before the high temperatures set in. They will remain there until conditions improve.

Union workers recognized the British Museum had implemented some steps in response to the heat, and that other museums, such as the V&A, “took an open and collaborative approach,” according to Marro. But the British Museum “only agreed to implement the measures that our members were advocating for after the employer’s refusal to do so became public,” said Marro.

“Staff have expressed distrust and anger towards upper management [at the British Museum], who make these decisions in their cool offices but do not suffer them,” said a PCS representative who requested anonymity. “Because a lot of museums are old institutions, I think they are too concerned with their reputation if they close, or let staff relax their dress codes and responsibilities. Therefore, I think the response has been poor and slow and medieval to be honest,” added the PCS rep.

He and others called for “an extreme weather plan,” along with a summer dress code, air conditioning, alternative commuting options arranged by the museum, and “a national temperature limit on safe working conditions.”

Ill-equipped for extreme heat, museums with older infrastructures, or those with glass roofs—standing under the Louvre’s glass pyramid on a sunny day is no picnic—are facing the prospects of increasingly frequent heat waves, and their consequences.

“While historically, there have been hot summers, the very high magnitudes in this part of the world is more recent and the result of climate change increasing global mean temperatures as well as hot extremes,” Mariam Zachariah, a research associate at the Grantham Institute, Imperial College London, told Artnet News. “Unless we stop net greenhouse gas emissions, we can expect high temperatures to become more common in the future.”