Home News What can we learn from the Wellcome Collection’s gallery closure backlash? What... 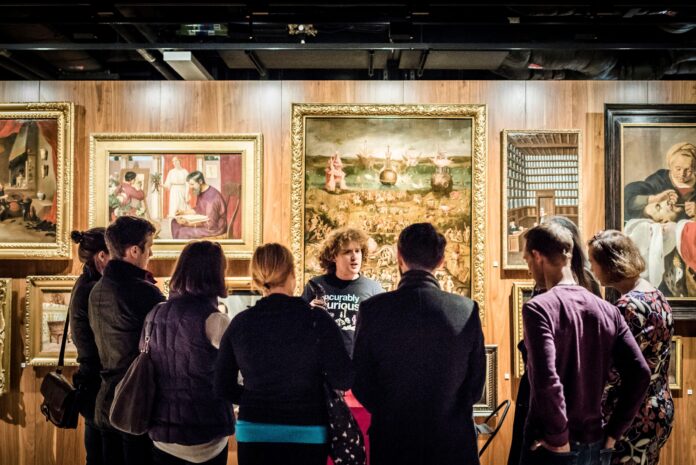 On 27 November the Wellcome Collection in London closed its Medicine Man gallery—an eclectic display of items drawn from pharmaceutical entrepreneur Henry Wellcome’s early 20th-century accumulation of medical historical artefacts. Curators had been trying, the museum explained in a series of tweets, to rethink the exhibition in ways that better captured today’s sensibilities. But after research and reflection, they had concluded that it “still perpetuates a version of medical history that is based on racist, sexist and ableist theories and language”. There seemed no alternative—the gallery’s doors had to shut permanently.

Full disclosure: I co-curated the Medicine Man gallery, and so have a keen interest in the decision. But the following reflections are not so much about the closure of a distinctly old display, which undoubtedly was due for radical recuration, if not replacement. They stem instead from the existential debate about the raison d’être of museums that has mushroomed from Wellcome’s announcement.

I was struck by one particular tweet Wellcome put out: “What’s the point of museums? Truthfully, we’re asking ourselves the same question.” I scrolled through more than a thousand responses to see how people were grappling with this fundamental quandary. All too predictably, a pair of polarised responses screamed out: this was a “brave” act, emerging from soul-searched consciences, combined with a much-needed willingness to make up for past wrongs; or, this was an act of “cultural vandalism” delivered by pseudo-professionals who should immediately find different jobs that they had the competence actually to perform. What I missed was anything approaching curiosity; no “hmm, hadn’t thought of that…” or “shoot me down if you want, but I was wondering…”.

Something I have been wondering about is what could be gained from concerning ourselves a bit more with what museums are good at, and worrying a little less about what they might be good for? The unedifying hour I spent ploughing through this online culture-skirmish brought to mind, by dint of its absence in these posts, one exceptional aspect of museums. Namely, their provision of open, unpredictable fora where visitors can move beyond the simplicities of either being for or against something.

Beyond right and wrong

In gallery spaces, two-sided issues gradually get diffused—pulled here and there along less formulaic lines, when a spotlight, say, illuminates a baffling objet or complicated life. The fervent quest to distinguish right from wrong that suits some media is here swapped for something altogether messier, humbler and more intriguing. For surely one of the great social benefits we derive from these culturally charged spaces is the inspiring realisation that as we stand next to another visitor transfixed by the same painting, the chances are that their experience will be different to mine. At its best, the Wellcome Collection has repeatedly shown just how much can be achieved when adventurous curators have the confidence to work with that potential.

Along with spaces for contemplation and exploration, the other equipment museums deploy is, of course, the objects they display. A core part of the curator’s craft lies in finding and sharing exhibits that resist any rigid insistence that they should stand in for one idea, one perspective. After choosing an exhibit, curators with flair will next judge perfectly which other exhibit should sit next to it: using juxtaposition to create a resonance, mutual illumination, or, alternatively, a jarring contradiction. The masters of this art can magically excavate intriguing insights or questions that lurk beneath an exhibit’s surface. And frequently, they will do so by raising a smile or a frown.

We can shun error, or we can believe in truth: two materially different ways by which to lead one’s life. The philosopher William James put this dilemma to a university audience in late 19th-century America. “Our errors… are surely not such awfully solemn things. In a world where we are so certain to incur them in spite of all our caution, a certain lightness of heart seems healthier than this excessive nervousness on their behalf.” For most of us though, it’s probably more a matter of balance than binary choice. But these days we seem increasingly paralysed by an eagerness to shun error, and rather reluctant to experiment in the name of seeking truth.

Calling out and redressing huge wrongs and offences built on past assumptions should be part of the museum mix. We have all learned much from being confronted with ugly truths that have for far too long been masked or glossed over. And for some, removing these things from public view is an important step. However, I am also drawn to a rather different approach, which involves another type of courage. Here the emphasis is on doing cultural projects in public, curating opportunities to think aloud with things. Some of those experiments will no doubt turn out to be errors. But if we repeatedly attempt to make the most of what museums are capable of—playing with enduring attributes of an institution now well into its third millennium—and remind ourselves of their distinct limitations whilst doing so, we might find demonstrations of what museums are for, without needing first to post it in less than 280 characters.

• Ken Arnold is the director of Medical Museion, Copenhagen and a professor at Copenhagen University

The New Centre for British Photography in London Is the First Space Dedicated Entirely to U.K. Artists Working in the Medium

From career suicide to cause for celebration: how the art world is finally embracing parenthood

How Many Colors Can Most Of Us Actually See?