Home News An Astonishing Exhibition Shows How Ancient Mesopotamians Not Only Worshipped, But Respected,... 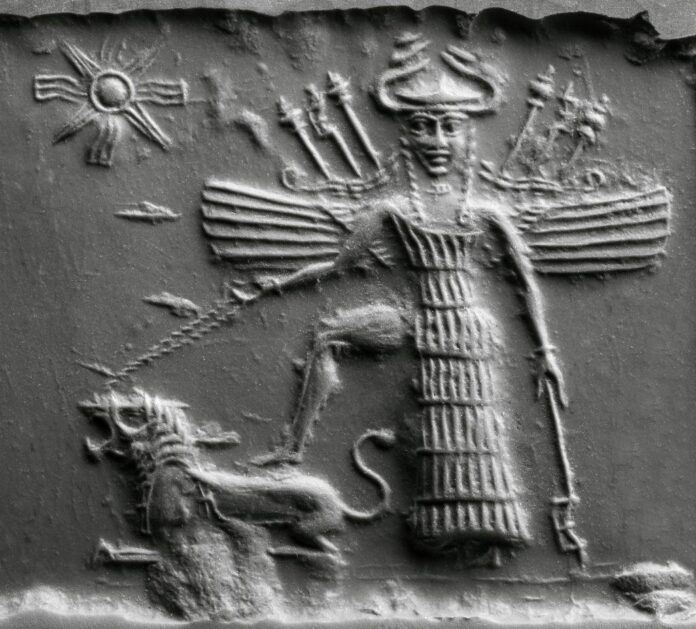 She lived more than 4,000 years ago, she was a Sumerian priestess and, worth mentioning, she was the first recorded author in the world. Her name is Enheduanna, and her place in history is finally being recognized in a new show at New York’s Morgan Library and Museum.

It’s an exhibition that tells an extraordinary story of not just one individual, but of the role of women as a whole in the ancient society of the Fertile Crescent. Not only did the Mesopotamians worship the goddess Ishtar (in Akkadian) or Inanna (in Sumerian), but they also respected women and their important societal contributions, whether as mothers or wet nurses, as skilled agriculture or textile workers, or as religious priestesses with cultic responsibilities.

In the most famous of three poems attributed to Enheduanna, , she writes about a usurper named Lugalanne exiling her from her post—and the goddess coming to her aid and restoring her to the temple. The first 60 lines start off as a simple prayer. But then, something unprecedented happens, and the author identifies herself: “I am Enheduanna, let me speak to you my prayer.”

“For the first time in world literature, the writer steps forward and uses the first persons singular and introduces autobiography,” curator Sidney Babcock, head of the Morgan’s department for ancient Western Asian seals and tablets, told Artnet News. “And what does she write about? Abuse, sexual harassment, defilement, exile, the destructive forces of nature, things that are with us to this very day. And it’s profound and it’s personal. A very strong voice comes through.”

While the exhibition takes its starting point from Enheduanna, most of the artifacts on view are stone carvings depicting women, and the material is in and of itself significant for a culture located on a flood plain where most buildings were made from mud, the most common natural resource.

“Stones represent imported, rare, raw materials,” , told Artnet News during a tour of the show. “That they should immortalize women’s roles is extraordinary. We have women tending animals, women making pottery, and women at a loom weaving. This one shows a priestess in front of a temple, and they’re bringing her offerings.” 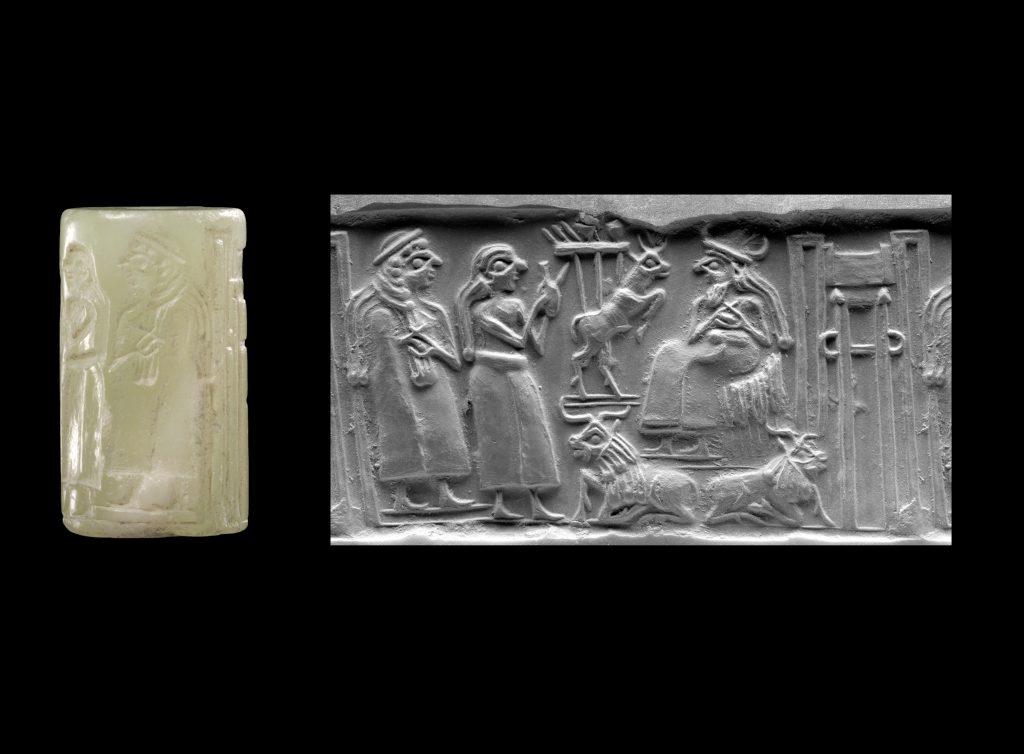 The artworks to which he was pointing are tiny carvings on round cylinder seals, which the Mesopotamians would have rolled onto clay tablets, using them to prove the authenticity of these written documents. (The show features impressions made with contemporary reproductions of each seal, to better visualize the imagery.)

“Many institutions have these early seals where the role of women has been commemorated and preserved, but they’re mostly overlooked,” Babcock said. “I thought we should celebrate them.”

That these cylinders record the activities of women may seem unusual to modern viewers. That they depict women of all classes, not just the elite, carrying out daily activities—even a scene of childbirth, rarely seen throughout art history—seems almost unbelievable. 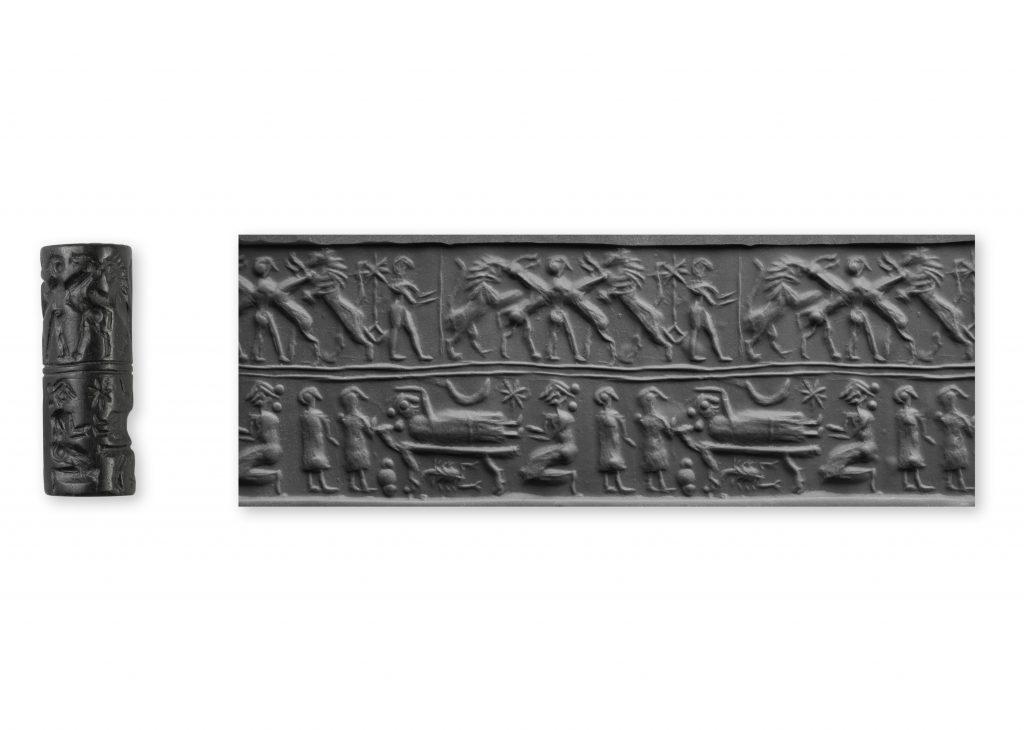 Other sculptures on view are diminutive figures of women that at first glance may seem unremarkable. But unlike many ancient statues of women, these delicately carved artworks aren’t fertility figures, and these aren’t ancient royalty.

“These are individuals. This is sort of the beginning of portraiture,” Babcock said, pointing to the subtle modeling and fine carving in the sculptures. “These are so sophisticated. To combine stylized details to a natural whole, that is a sign of a great thinking artist.”

The curator first considered staging an Enheduanna exhibition a decade ago, and it was delayed three times due to the pandemic. But despite the logistical challenges that caused, the Morgan secured loans from museums around the world, making sure to install the sculptures to be seen in the round, for viewers to be able to appreciate the details such as the women’s flowing hair from all sides.

The curator stopped before a statue of a female worshipper kneeling in prayer, on loan from the Louvre in Paris. “At her home institution, she’s on a glass shelf with about 20 other things, and here she just fills the case,” he said. “She embodies this sense of humility before the divine or the unknown, whatever you want to call it.”

Another highlight, a heavily damaged bust of a woman borrowed from the Vorderasiatisches Museum in Berlin, isn’t even on regular view back in Germany.

“She’s so magnificent, but she’s so battered,” Babcock said. “The reason why she looks like that is that she survived the bombings of the World War II in Berlin. And here she is. She survived.” 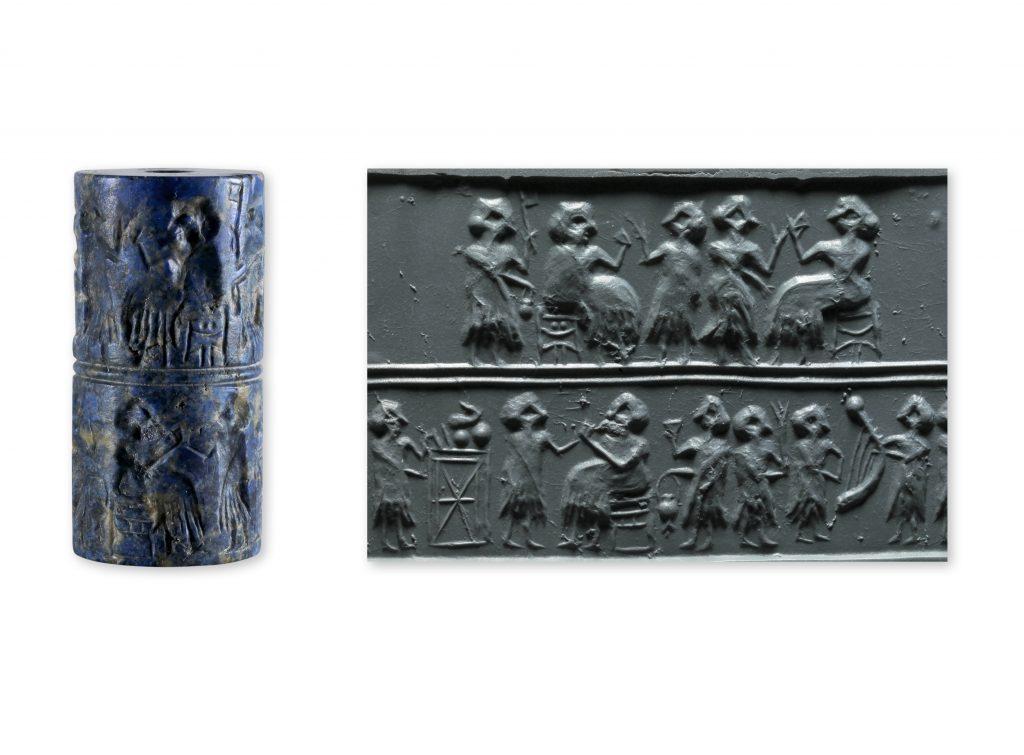 The show also includes the first depiction of a woman in recorded history, a stone scraper that shows a woman raising her hands in front of her mouth. Inscriptions on the object and an accompanying chisel, both dated to around 3,000 B.C.E., name her KA-GÍR-gal, and suggest that she was a co-seller in some kind of land deal.

The centerpiece of the exhibition is a stunning golden headdress archaeologists found in the tomb of Queen Puabi of Ur, identified only by her own name, not in relation to a male relative or husband. Babcock believes that Puabi may have worn the gorgeous ensemble, on loan from the University of Pennsylvania Museum of Archaeology and Anthropology, during nighttime rituals celebrating the moon god, the chief god of Ur.

“Imagine the total darkness of Southern Mesopotamia, and the bright light of the moon on the flood plain, and how this gold headdress, which just reflects the moon and glistens,” he said. “The whole thing would be absolutely dazzling.” 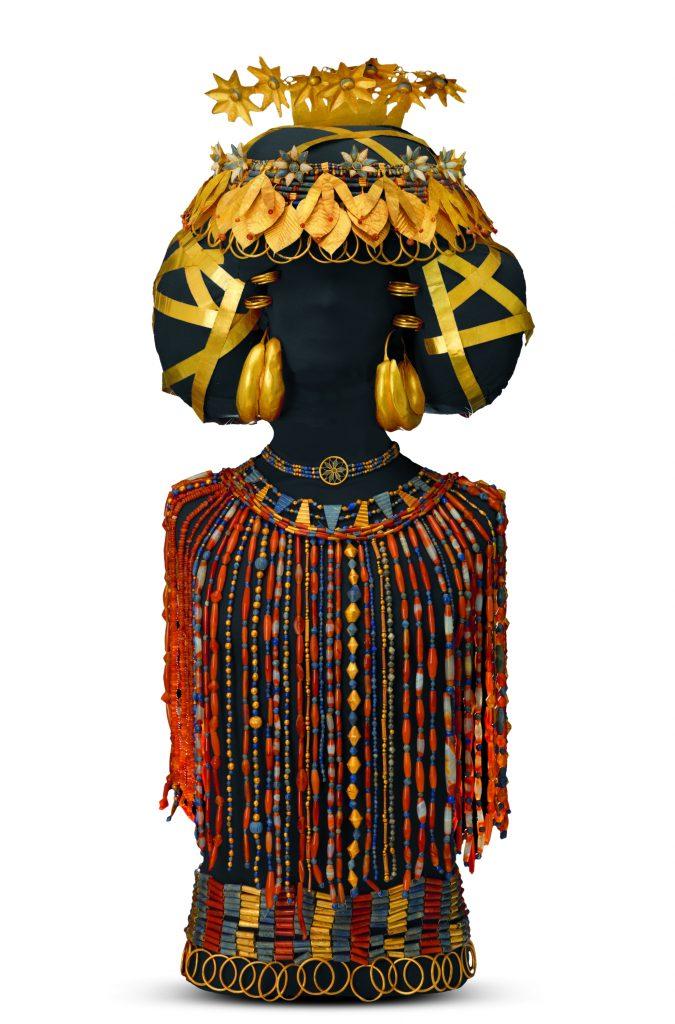 But the star of the show is still Enheduanna. The daughter of the Akkadian king Sargon, the author took her name, which means “high priestess, ornament of heaven,” when he appointed her priestess of the temple of the moon god.

“We don’t have any texts from her own time, but Enheduanna’s work was considered so important that it was one of the 10 works that were taught in all scribal schools for hundreds of years after her lifetime,” Babcock said. “So her writings survived in copies.”

But Babcock believes that Enheduanna wasn’t unique, and that there is evidence of a more widespread female literacy in Mesopotamia. He’s especially excited about a small kneeling statue of a woman, also on loan from the Vorderasiatisches.

“When this was published by the German scholar, a hundred and something years ago, he said ‘Woman with tablet in her lap, meaning unclear.’ It’s been forgotten until this exhibition, and we have resurrected it as the visual proof of women in literacy,” Babcock said. “It is from slightly later than Edheduanna’s time, but if it’s not her image, then it’s an image of what she meant for successive generations.”

See more works from the exhibition below. 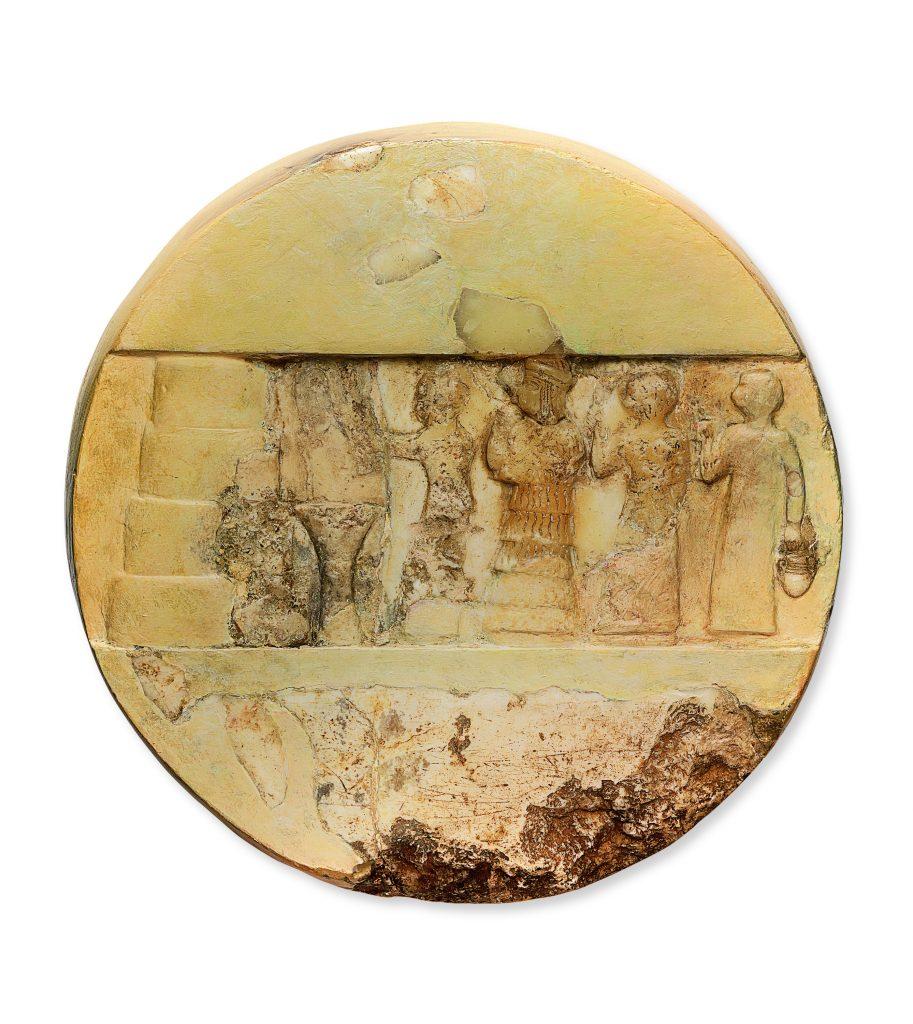 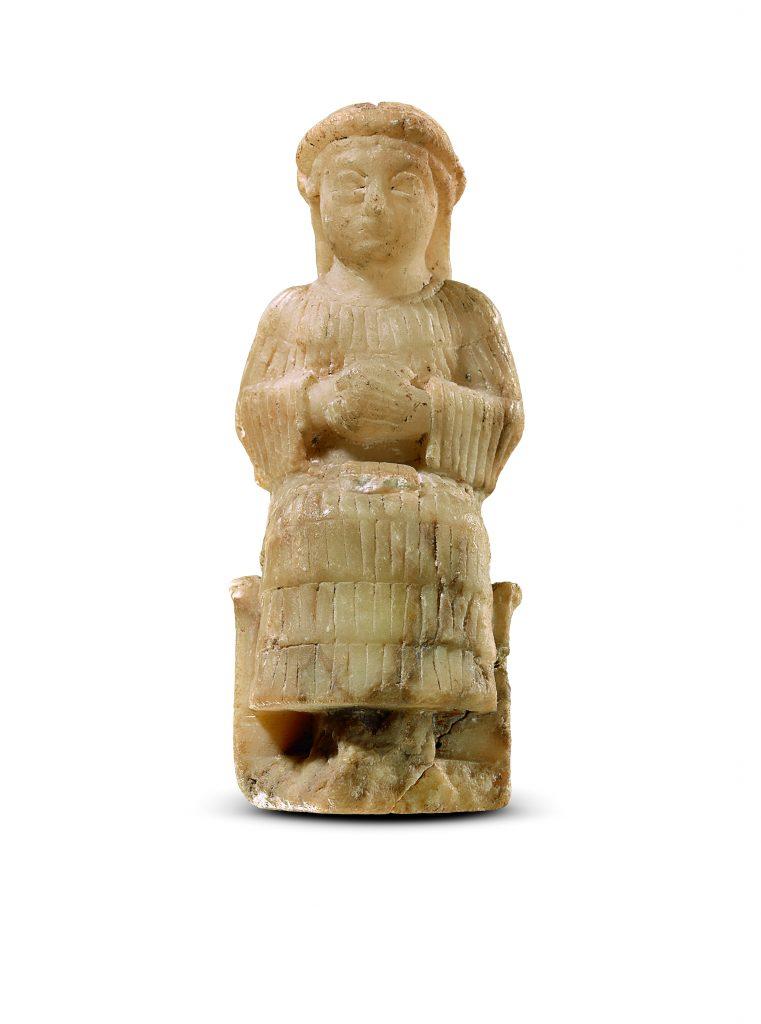 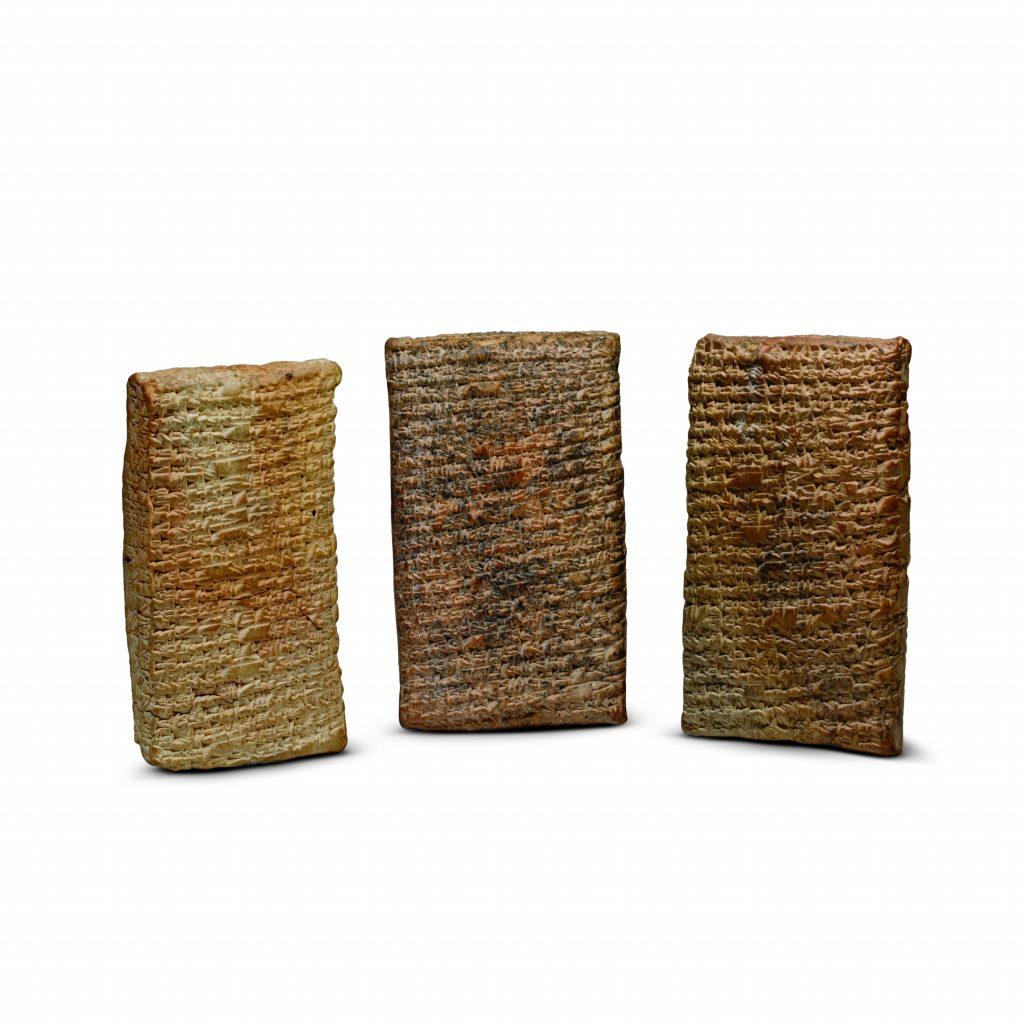 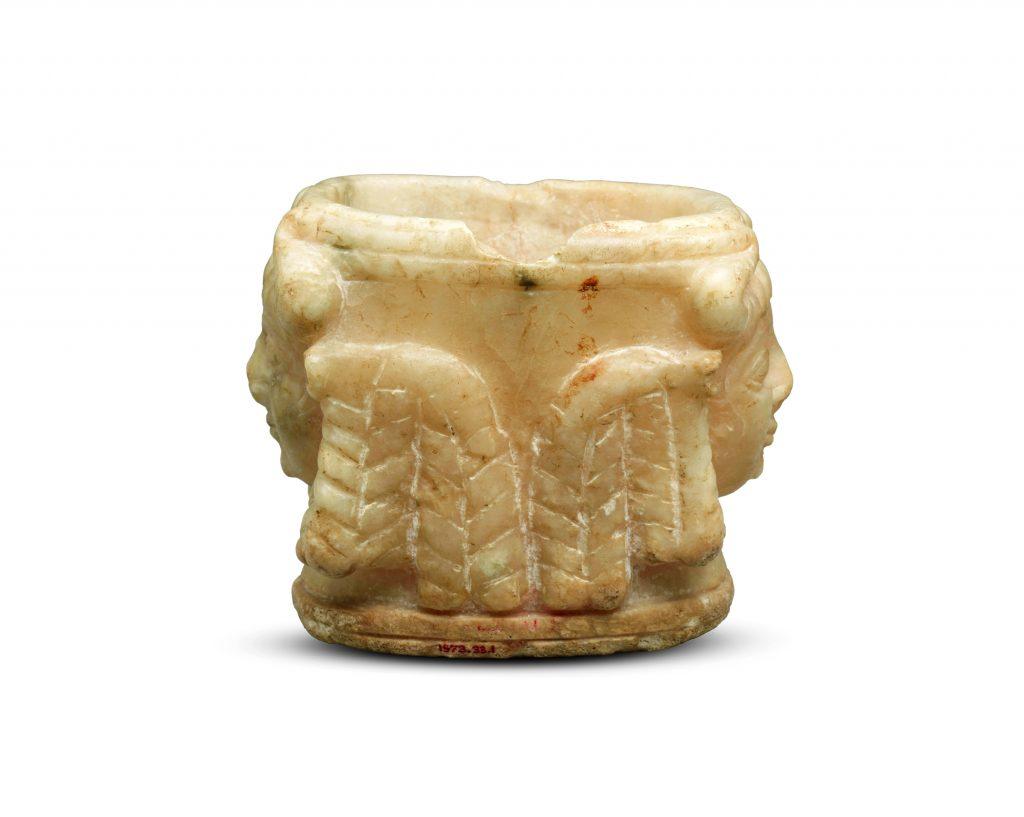 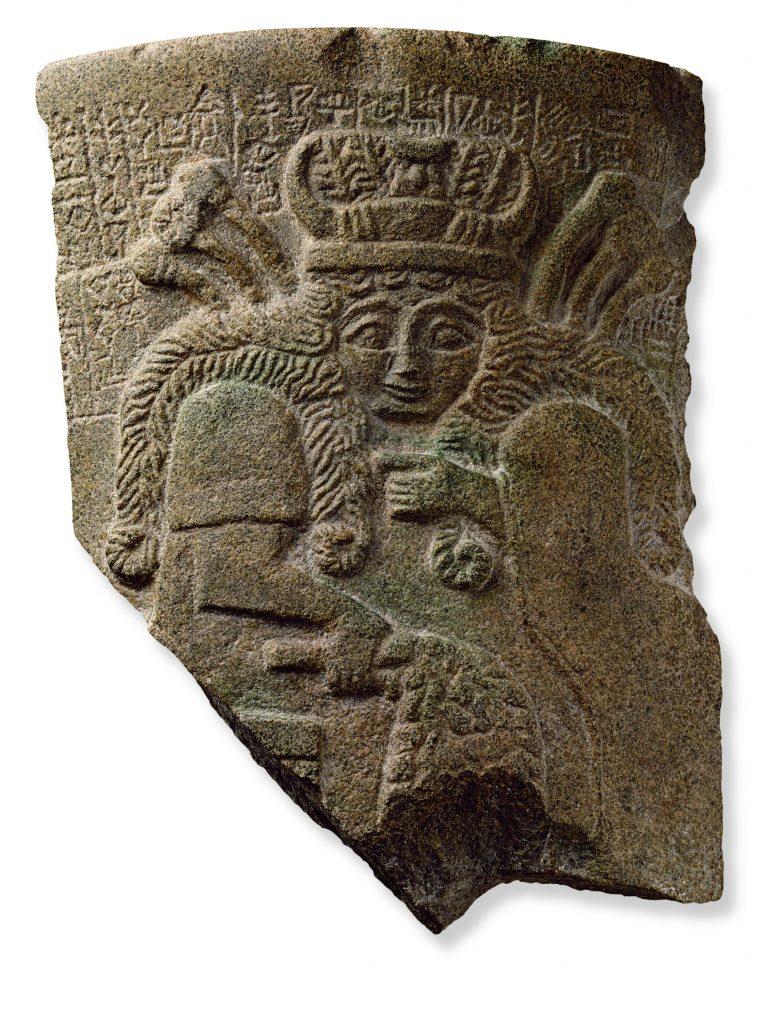 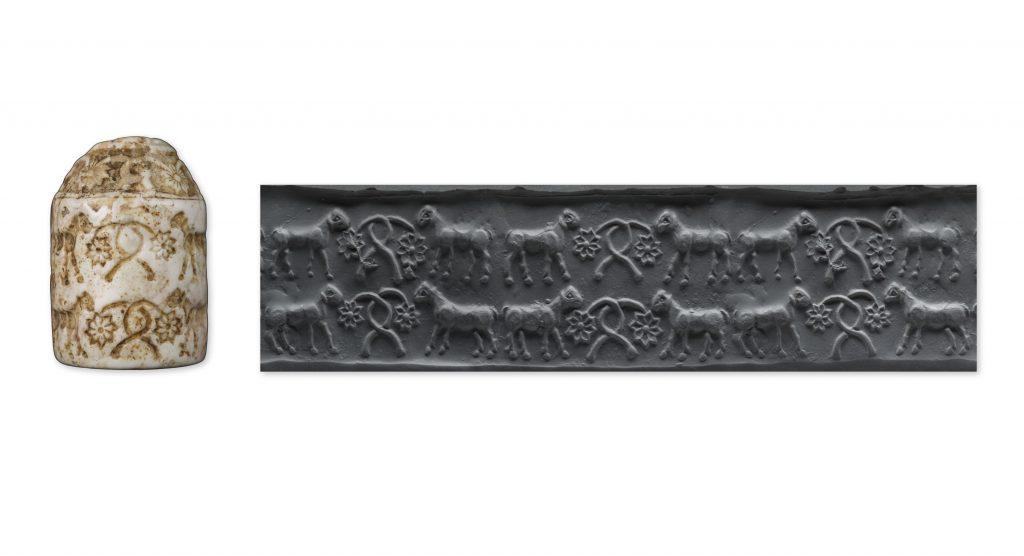 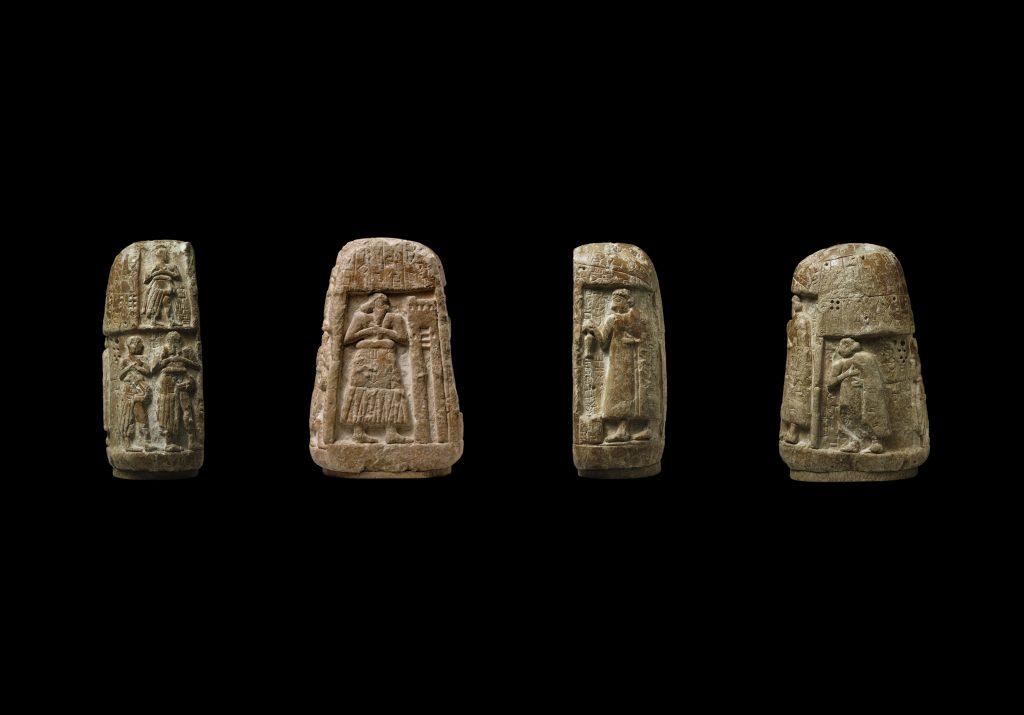 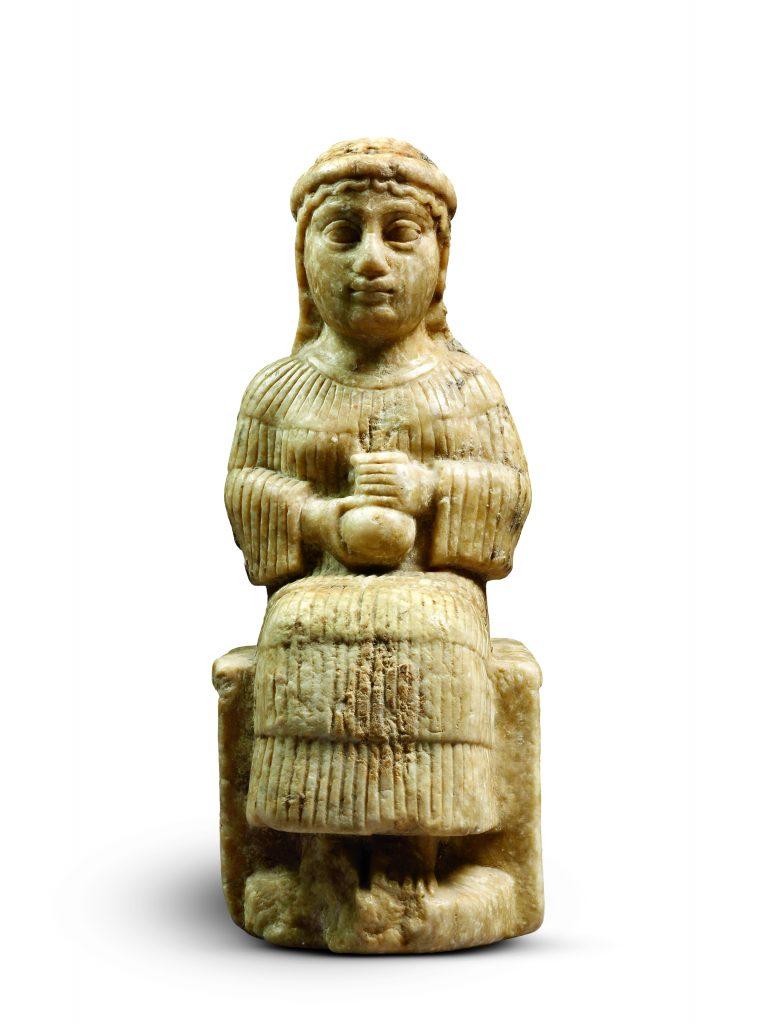 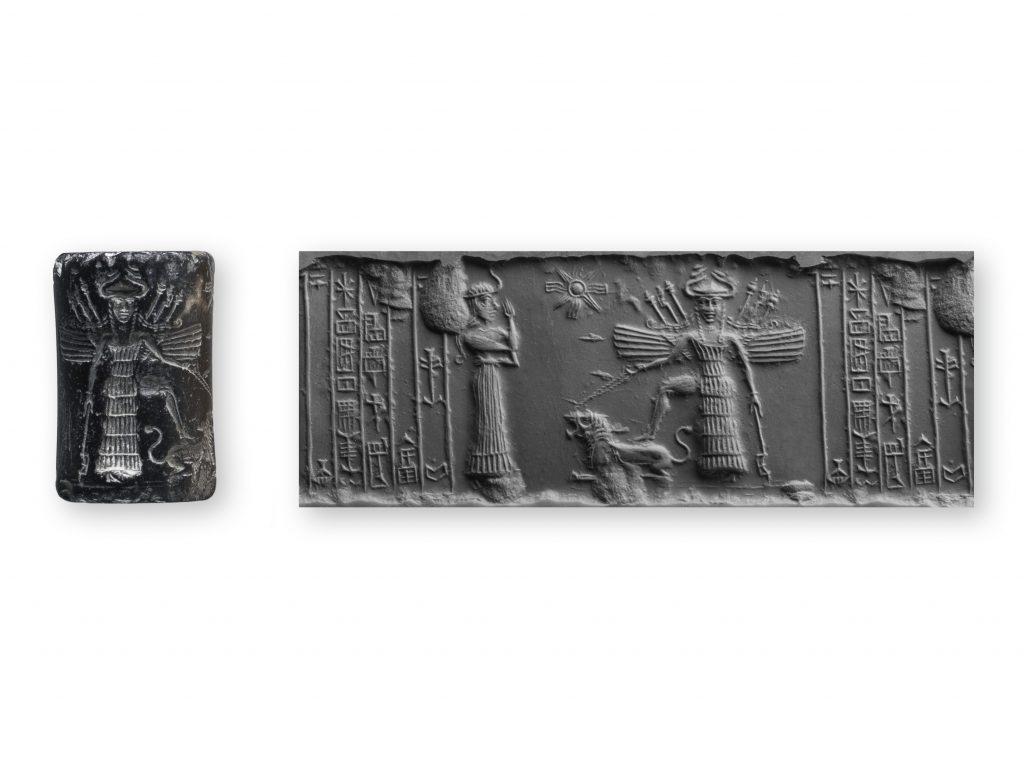 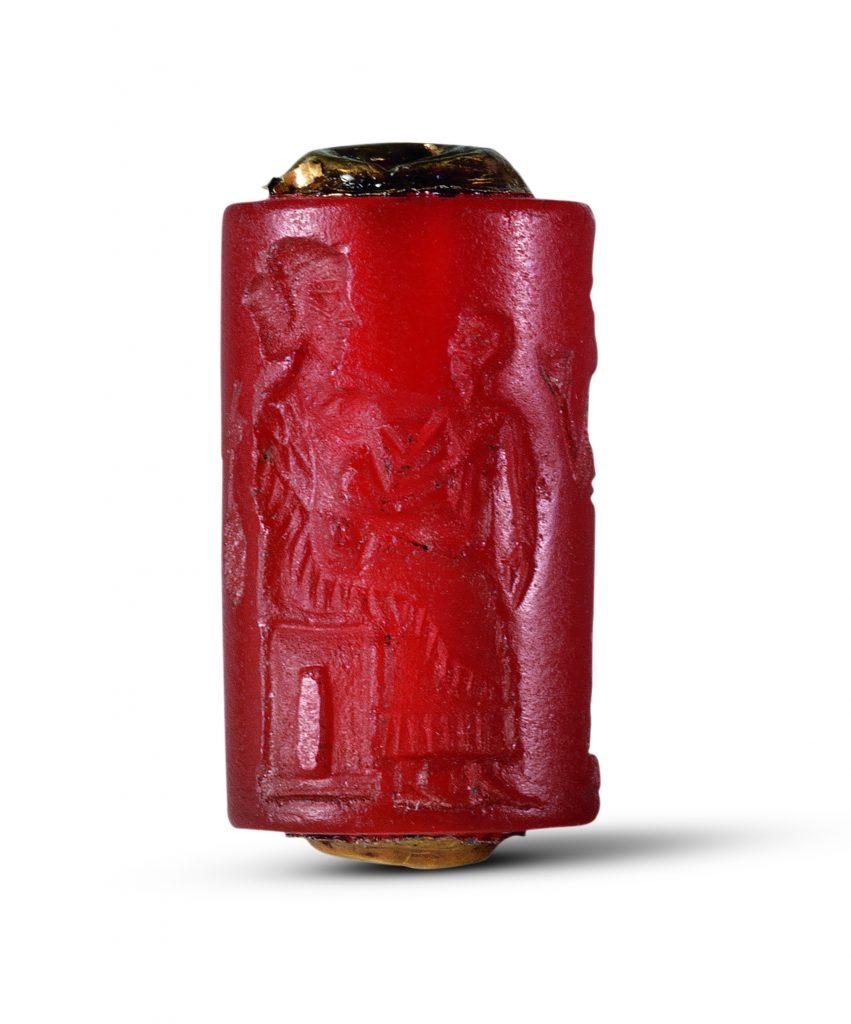 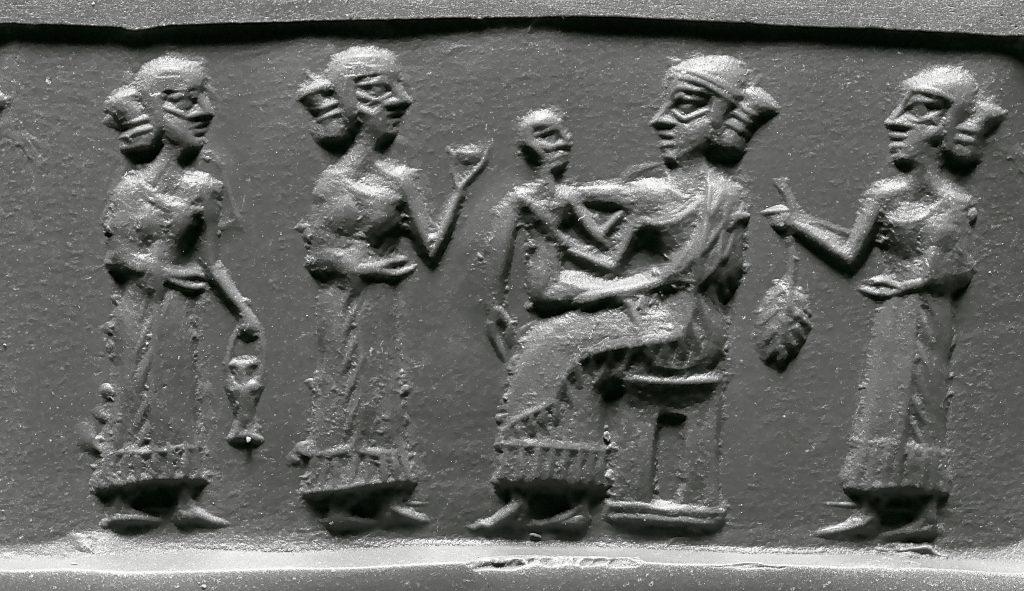 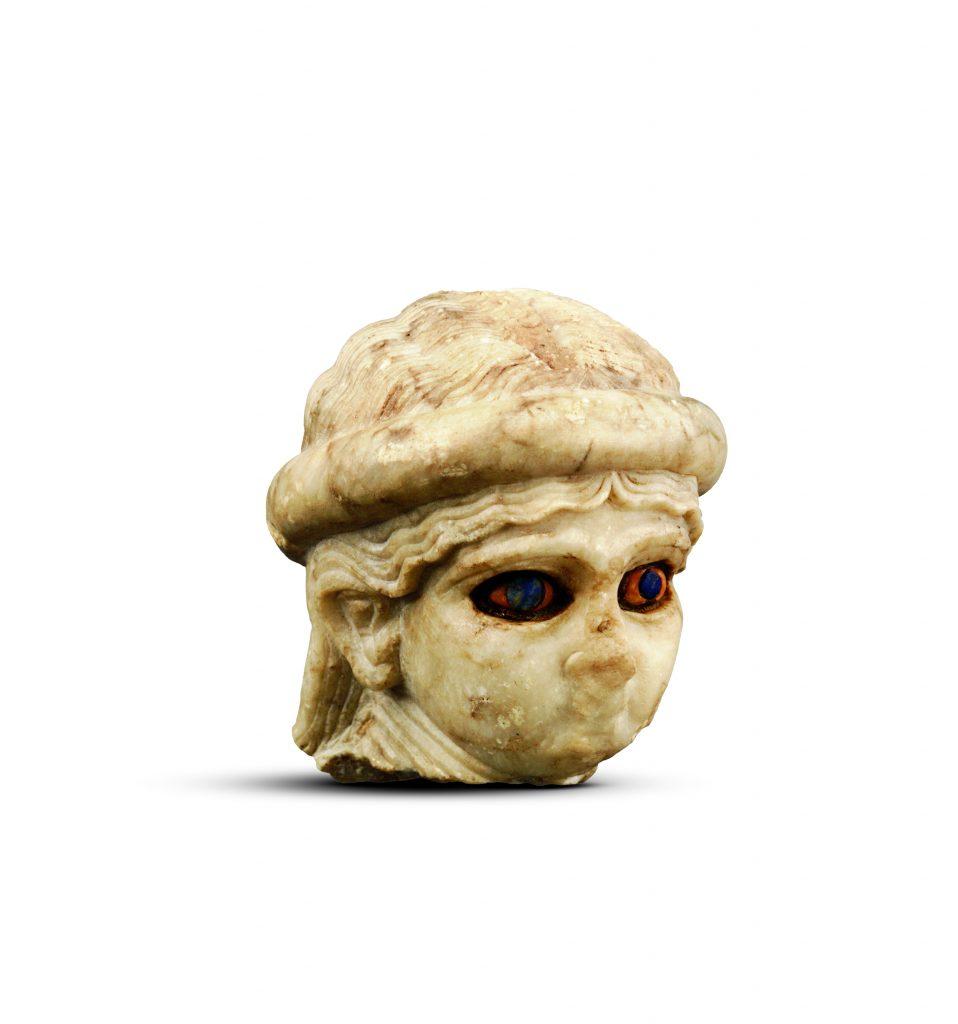 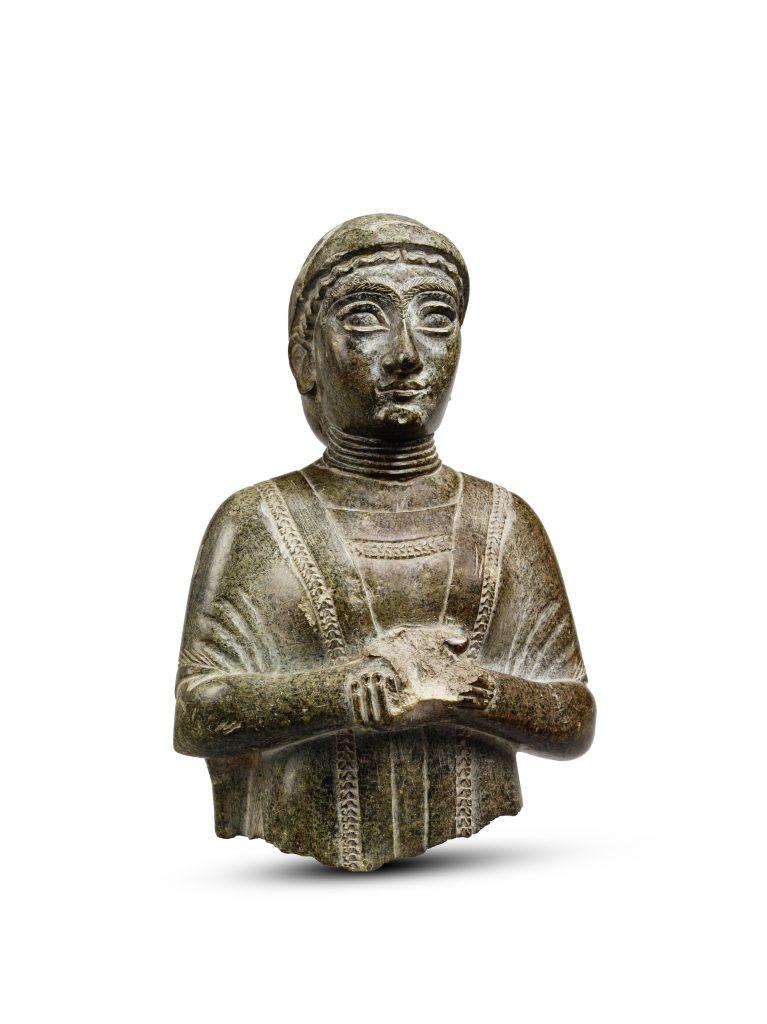 The SEC is Investigating Yuga Labs, Creator of the Bored Ape Yacht Club, to Decide If NFTs Should be Regulated Like Stocks