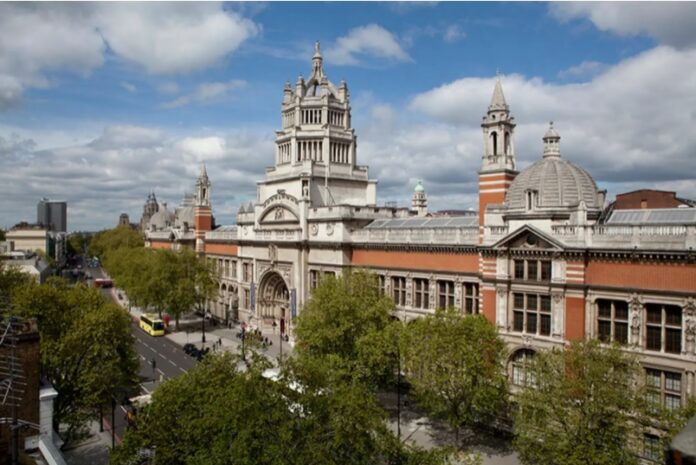 The partnership, signed in February, will focus on collaborations in the film, museum and heritage sectors between the two nations

The UK government has signed a cultural agreement with Saudi Arabia designed to strengthen cultural links between the two countries. But UK national museums say they are not participating, even though the initiative “involves focusing on collaborations in the film, museum and heritage sectors”, says the UK Department for Digital, Culture, Media and Sport (DCMS).

The British Council hired us to run a series of activities to transfer UK knowledge to Saudi counterpartsFrancesca Bellini-Joseph, director of ACT

The Tate, National Gallery and British Museum say that they are not linked to the agreement. “The Victoria and Albert Museum is not participating in activity as part of the cultural agreement between the UK and Saudi Arabia,” says a V&A spokeswoman.

The DCMS declined to reveal the terms and which UK institutions are involved, but said that the partnership “is about the cultural sector as a whole. All 1,800 UK museums can participate. It also involves a trade mission in its early stages.”

In February, Nadine Dorries, the UK Secretary of State for Culture, signed the memorandum of understanding with her Saudi Arabian counterpart, Prince Badr bin Abdullah bin Mohammed bin Farhan Al-Saud, at the Diriyah Biennale on the outskirts of Riyadh.

The rapprochement comes as Saudi Arabia embarks on a soft power drive with an avalanche of events such as the Tuwaiq sculpture commissions for public art in Riyadh, the Jeddah edition of the roving Bienal Sur, and the second edition of the Desert X AlUla contemporary art exhibition (until 30 March).

But the UK-Saudi Arabia deal may raise eyebrows among some British arts professionals who remain deeply concerned about Saudi Arabia’s human rights record and for whom the murder of the prominent journalist Jamal Khashoggi, by a team of Saudi agents in the Saudi consulate in Istanbul, is a relatively recent event.

The British Council, the UK’s international organisation for cultural relations, is nonetheless already making inroads by supporting a series of artist residencies in line with the Saudi government’s Vision 2030 plan aimed at diversifying the economy and to support artists on the ground. “The British Council is working in collaboration with the Saudi ministry of culture, which has identified artist residencies as a critical area in building a world-class art scene,” says Francesca Bellini-Joseph of ACT, a professional development body that is assisting with the initiative.

“The British Council hired us to run a series of activities to transfer UK knowledge and expertise to Saudi counterparts,” she adds. “We have been working on this project since late last year. We have designed Saudi Vision 2030: Managing Art Residencies. It has two components: our existing Growth Programme and live mentoring sessions. It’s entirely delivered online.”