Home News An Eight-Year-Old Just Won a $150,000 Painting by Jamian Juliano-Villani in an... 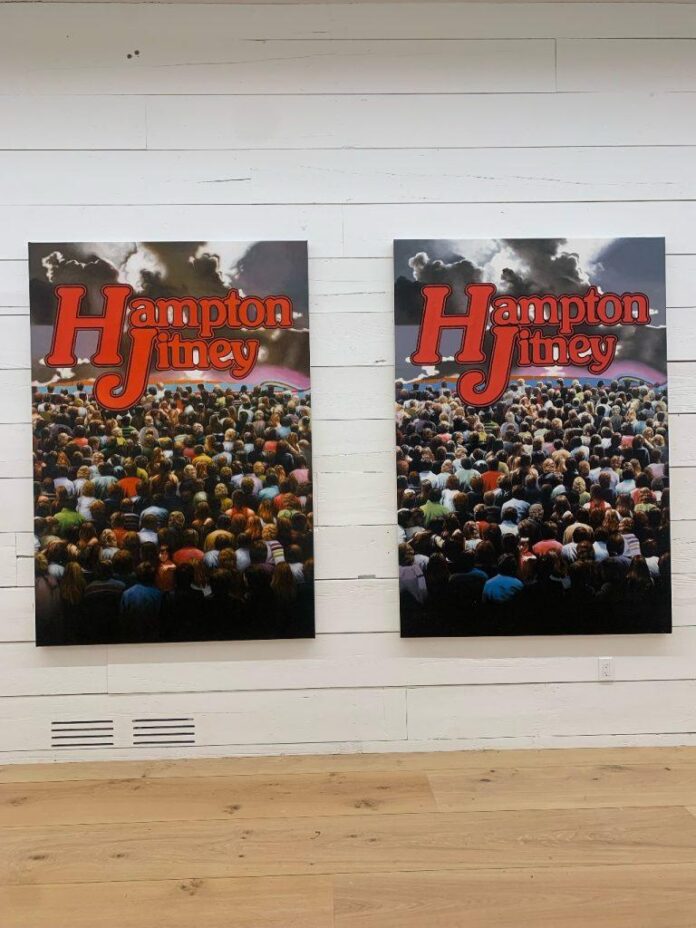 An eight-year-old boy won a large painting worth $125,000 by cult favorite artist Jamian Juliano-Villani during an Easter egg hunt this past weekend.

With approximately 300 eggs containing small prizes such as un-popped corn and fun facts, it took seven hours for a victor to find the big-prize egg.

Juliano-Villani had nestled it in an area infested with chiggers. “We hid it where all these really f*cking aggressive bugs were because we thought nobody would go there, but the eight-year-old went,” she told Artnet News.

The hunt kicked off the opening of the artist’s new show at The Ranch in Montauk, New York.

The prize painting, titled , depicts crowds waiting to board the Hampton Jitney, a bus that takes people from New York City to the Hamptons. “It really looks like people entering hell,” Juliano-Villani said. The winner received one of two versions of the work, which were featured in the show.

The idea for the Easter egg hunt was inspired in part by Andy Warhol’s famous time capsules, which he buried at his Montauk estate. It was also an homage to Mike Kelley, whose work is featured in the show and served as an inspiration for Juliano-Villani. “The whole show is about duality, repetition and rebirth, and the egg is a great symbol for that,” she said.

Although it comes from a seemingly playful reference, the hunt was also intended to prompt serious contemplation of the history of the Ranch, which is set on of the oldest ranches in America and was built on a Native American burial ground. “I figured if we had an Easter egg hunt, people would be desecrating graves looking for a deal,” Juliano-Villani said. “Is it worth it to win a painting of the Hampton Jitney?”

She estimates that around 200 people participated, with some driving several hours for the chance to win the artwork. Juliano-Villani has in recent years been commanding high prices for her work at auction.

“It was pretty meaningful,” she added. “That picture could change someone’s life if they found it.”

The eight-year-old child who found the work lives on a neighboring farm. He plans to sell it immediately and will put some of the money toward attending space camp.