Home News Paris Will Turn Off the Eiffel Tower’s Evening Lights Early in a... 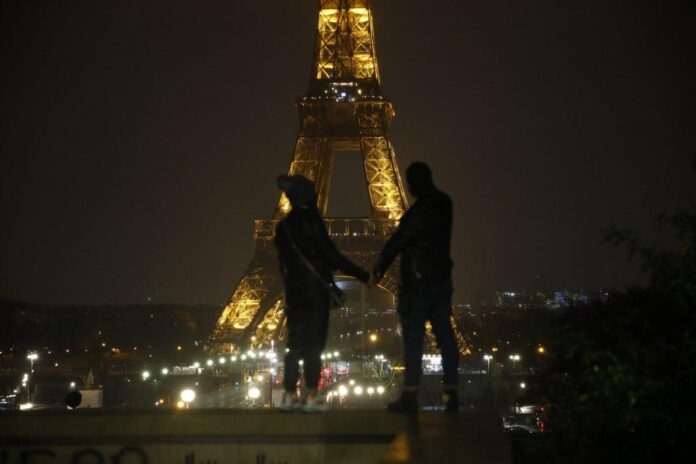 In a bid to save energy ahead of the winter season, Paris is turning off the Eiffel Tower’s iconic light display an hour and fifteen minutes earlier every night.

Lowering the water temperature at municipal pools and delaying the heating of public buildings are also set to take effect as part of President Emmanuel Macron’s goal to reduce energy consumption by 10 percent across industries and households, Reuters reports.

The move comes as Russia’s invasion of Ukraine enters its seventh month and the international community scrambles to prepare for the possibility that Russia could cut off its gas supply. Before the  war began, Russia supplied Europe with 40 percent of its gas; now it provides just nine percent.

The landmark, set in Paris’s Champs de Mar neighborhood, currently treats viewers to a dazzling light show at the start of every hour until 1 a.m., when more than 20,000 lightbulbs flash on and off like fireworks. Starting September 23, the wrought-iron structure’s lights will go dark at 11:45 p.m., adding up to a four percent reduction in energy costs.

Public building lights will dim at 10 p.m., and the heating will decrease to 18 degrees Celsius (64 degrees Fahrenheit); the temperature at public pools will be reduced one degree to 25 degrees Celsius.

Despite the measures, Paris mayor Anne Hidalgo assured the public that “France will always be the City of Light.”

There Is a Long History of Vandalizing Art for a Cause. But Is It Effective?