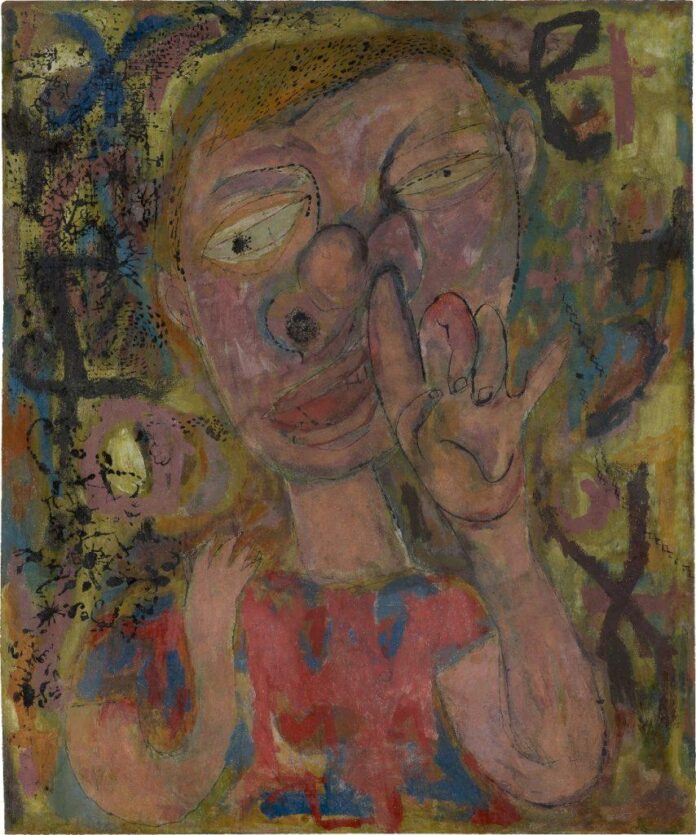 Andy Warhol’s name instantly brings to mind some of the most famous works of Modern art, from his Campbell’s soup cans to portraits of 20th century icons like Marilyn Monroe and Elizabeth Taylor. Long before Warhol pioneered Pop art, however, he was just another art student known as Andrew Warhola at the Carnegie Institute of Technology.

On November 15, Phillips New York is offering two very rare works completed by Warhol when he was just 20 years old in 1948, a year before graduated.

Believed to be the artist’s earliest self-portrait, Nosepicker I: Why Pick on Me (The Lord Gave Me My Face But I Can Pick My Own Nose), shows the blond artist pushing a finger up his nose.

The playful painting, which was rejected from the annual Associated Artists of Pittsburgh exhibition for being too “offensive,” displays Warhol’s early irreverence toward supposed good taste in art. This could be seen as forecasting the boldness with which the artist would go on to revolutionize what could be counted as art. It is estimated to fetch $250,000 to $450,000.

It is also one of the first examples of the “blotted-line” technique that Warhol experimented with early on in his career under the influence of his classmates Ben Shahn and Paul Klee. This basic method of printmaking could be seen as a precursor to the artist’s later obsession with silkscreen prints. 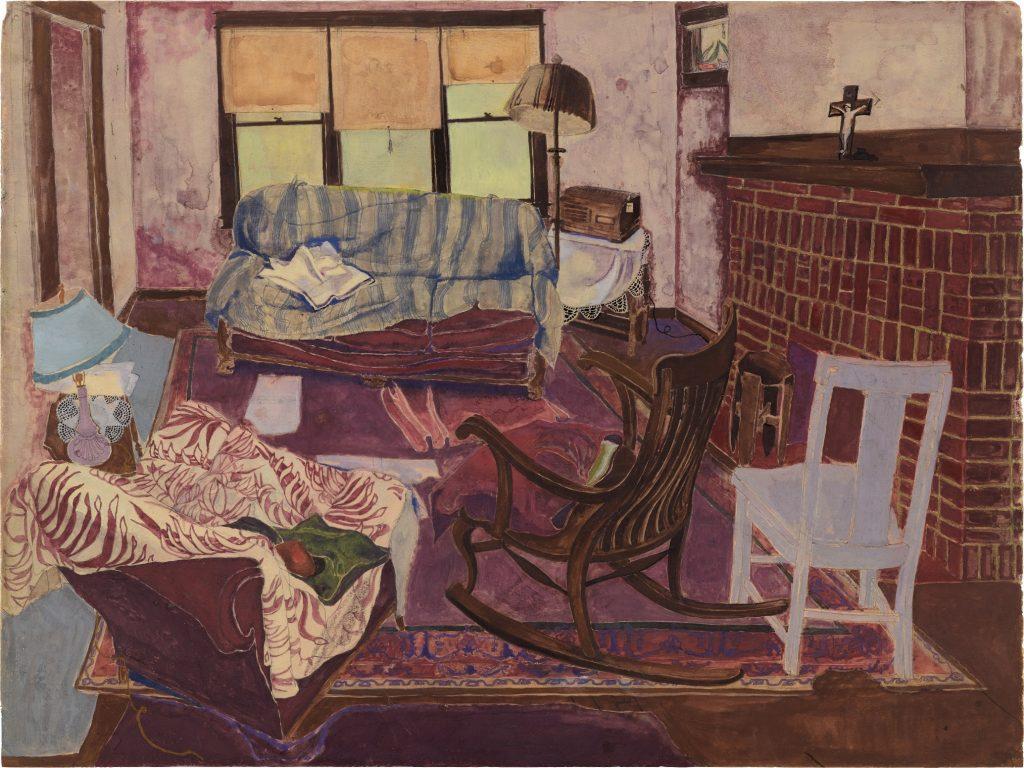 Another work, completed as an assignment for Warhol’s major in the field of pictorial design, Living Room ($300,000 to $500,000) is a charming study made in response to the exercise of producing an imaginary living space that manages to tell the story of its inhabitants.

He based his dawing on his parents’ own living room, merging his highly personal reality with invented elements. The work has therefore been linked to the kind of identity construction that would soon see the artist reinvent himself as Andy Warhol.

The two works, which will appear in the 20th century and contemporary art evening sale at Phillips, previously belonged to the Warhola Family Collection, which has recently been looking to sell a few other works from the 1940s.

“They have given my siblings and me a great deal of joy over the decades,” said Warhol’s nephew James Warhola about the two paintings in a statement. “Having been exhibited all over the world—from Pittsburgh to Paris—it’s been wonderful to see how they resonate with people.”

“They convey [Warhol’s] aspirations as a young art student wanting to be a fine artist,” he continued. “I always say, ‘before there was a soup can, there was the Nosepicker.’”

Editors’ Picks: 13 Events for Your Art Calendar This Week, From a Look at the Art of Shelter Island to the Latest Brooklyn Art...