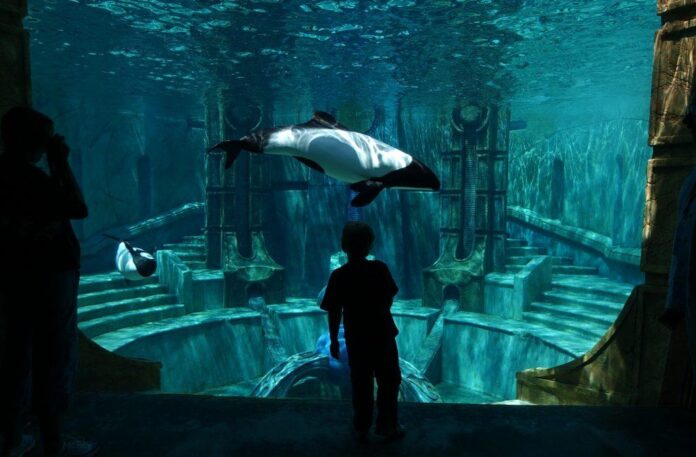 This week, the Society for American Archaeology published an open letter to Netflix and the television production house ITN requesting that they re-classify its new series as a work of fiction rather than a docuseries.

The show centers around bestselling author Graham Hancock’s meagerly substantiated claims about the existence of Atlantis, presenting them in a deceptive cloak of veracity.

“We urge both Netflix and ITN Productions to add disclaimers to the series that its content is unfounded,” the society wrote. “We also request that Netflix develop a policy that balances such false narratives with the presentation of scientific documentaries and accurate reporting.”

Netflix has not yet addressed to the letter publicly.

Flint Dibble, an archaeology professor at Cardiff University, is also among the growing chorus of experts disputing Hancock’s claims. became Netflix’s second-most popular title just one week after it dropped, on November 10.

According to Dibble, archaeologists have been aware of Hancock’s work for years—he’s published 16 commercially successful novels on everything from the Ark of the Covenant to Egypt’s sphinxes since 1985. “I wouldn’t say that most archaeologists have read Graham Hancock,” Dibble said. “He ignores all of our evidence.”

Still, Dibble started watching with an open mind. “My hopes, in many ways, were dashed with the series,” he said. As part of his own studies into pseudo-archaeology, Dibble recently read some of Hancock’s work.

“He’s much more aggressive against archaeologists [in the series] than he is in his writing,” he said. “I was actually kind of shocked and dismayed.”

“Perhaps there’s been a forgotten episode in human history, but perhaps the extremely defensive, arrogant, and patronizing attitude of mainstream academia is stopping us from considering that possibility,” Hancock says in the first episode. “I’m trying to overthrow the paradigm of history.”

Archaeologists and their friends in the media are spitting nails about my Ancient Apocalypse series on Netflix and want me cancelled… pic.twitter.com/olWw69IabD

Rather than presenting evidence of Atlantis from its existence, Hancock seeks to amend the legacies of existing ancient sites like the columns atop Gunung Padang in Indonesia, attributing them to advanced Atlanteans who survived their society’s purported destruction by comet.

“Why is there no evidence for this Ice Age civilization when we have plentiful evidence for hunter-gatherers all over the world at this time?” Dibble asked. “The truth is in the trash.” Every living being leaves something behind, but no refuse at all has turned up from Atlantis. “You’re going to clean up all your trash and vaporize it?”

Atlantis’s paper trail through written history is equally scant. Plato made the first-ever mention of Atlantis in his allegorical writings about an ideal city at war with an underwater opponent. Greek and Roman authors hardly took note of the anecdote—there’s no written or oral storytelling that solidifies it as a myth. “It was only with the discovery of the Americas that [Atlantis] started to become much more popular among a colonial viewpoint,” Dibble said.

Archaeologists aren’t necessarily decrying Hancock’s claims themselves. The society’s three principle concerns start with Netflix’s incorrect categorization (likely for the sake of ratings), before citing the show’s anti-intellectualism and racist implications of Hancock suggesting that white Atlanteans actually made the monuments archaeologists credit to indigenous culture. (Some have connected his theories back to problematic Atlantis proponents like the fear mongering 19th-century figure Ignatius Donnelly.)

Hancock often rails against the idea of “big archaeology,” though even some of its foremost voices, like Zahi Hawass and Nicholas Reeves, can’t even agree, let alone conspire.

“Look, these ideas are entertaining,” Dibble said of the fabled underwater society, frequently referenced in fiction from the submerged cities of Númenor in to Talokan in .

“Ancient Apocalypse,” however, crosses a line by claiming its hunches as fact. “I also see a problem with the level of promotion for this, given that it really is aggressively attacking archaeologists,” Dibble said.

Instead, he recommends Netflix’s accurate documentary .

“I wish that they would promote that more than this cheap entertainment. But that’s the way of our world, isn’t it?”