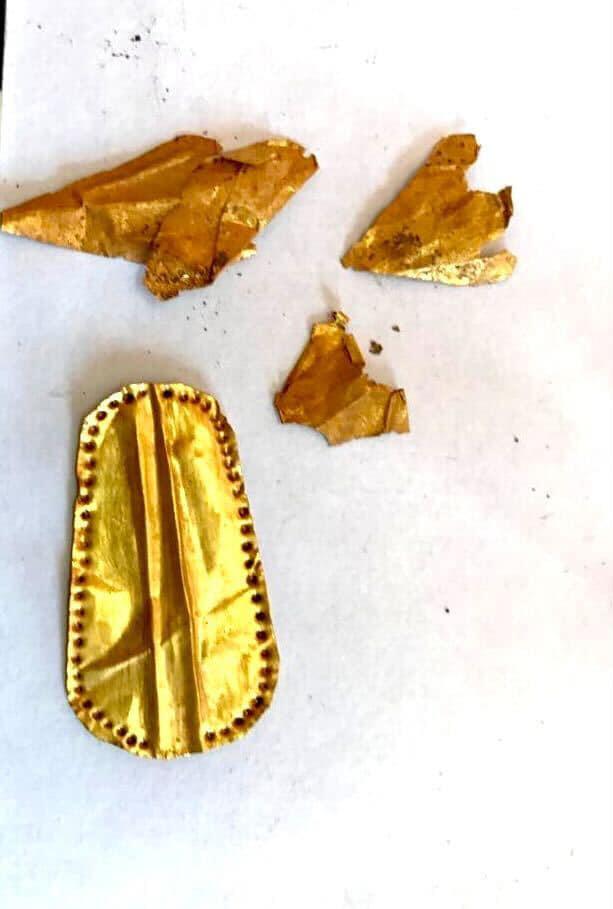 Archaeologists have unearthed several tombs containing mummies with gold tongues at an ancient cemetery of Qewaisna in Egypt. The necropolis is located around 40 miles north of Cairo.

The mummies, which were found in a poor state of preservation, were buried sometime between 300 B.C.E. and 640 C.E.

It appears that at some point during the embalming process, the tongues were removed and replaced with pieces of gold foil shaped to resemble a human tongue.

It is believed that this practice was carried out to help the dead speak before the court of Osiris—the Egyptian god of the underworld and judge of the dead.

This may have been fairly common practice, as other mummies with gold tongues were recently discovered in western Alexandria at Taposiris Magna, which translates to the “great tomb of Osiris.”

Gold chips in the forms of scarabs and lotus flowers were also found.

As one would expect, archaeologists also unearthed the remains of wooden coffins, copper nails, funerary amulets, and the residue of other materials used in the burial process such as glue and tar.

Qewaisna was first discovered in 1989 and, according to the head of the Egyptian archaeology sector at the Supreme Council of Archaeology, Dr. Ayman Ashmawi, researchers have since found evidence that the necropolis was used over the course of three distinct time periods. They know this because different burial customs have been recorded at different levels of the site.