Ever wanted to whip it like Batman? Of course you have. Since the caped crusader debuted in 1939, his name alone has become a ubiquitous, one-word theme song. Now, action aficionados can hum that ear worm in the very spot Michael Keaton once sat because the real Batmobile featured in Tim Burton’s Batman (1989) and Batman Returns (1992) is on sale for $1,500,000 with Morgantown, P.A.-based Classic Auto Mall.

Conceptual illustrator Julian Caldow designed this iconic iteration of the Batmobile. “It was not so much a car as a symbol of Batman, so I had to take it to the next level,” he recalled in a recent interview with Brick Fanatics. Pinewood studios in England brought his vision to life, featuring fenders from a Daytona Prototype racer and a hulking jet engine turbine—though non-functioning. It’s a Warner Brothers movie prop, after all.

In all its aerodynamic glory.

Wraparound windows ideal for filming accompany an air-scooped roof in cradling the closed cockpit, flanked by two sleek bat fins. Alas, not much driving will be done in the car, which maxes out at 30 mph, and the batteries powering its 48-volt engine haven’t been charged since 1993. “It does not come with a title as it is a custom-built car and therefore cannot be driven on public roads,” Classic Auto Mall’s Stewart Howden told Artnet News. Jalopnik added that as a prop, its “crash safety is likely nonexistent.” 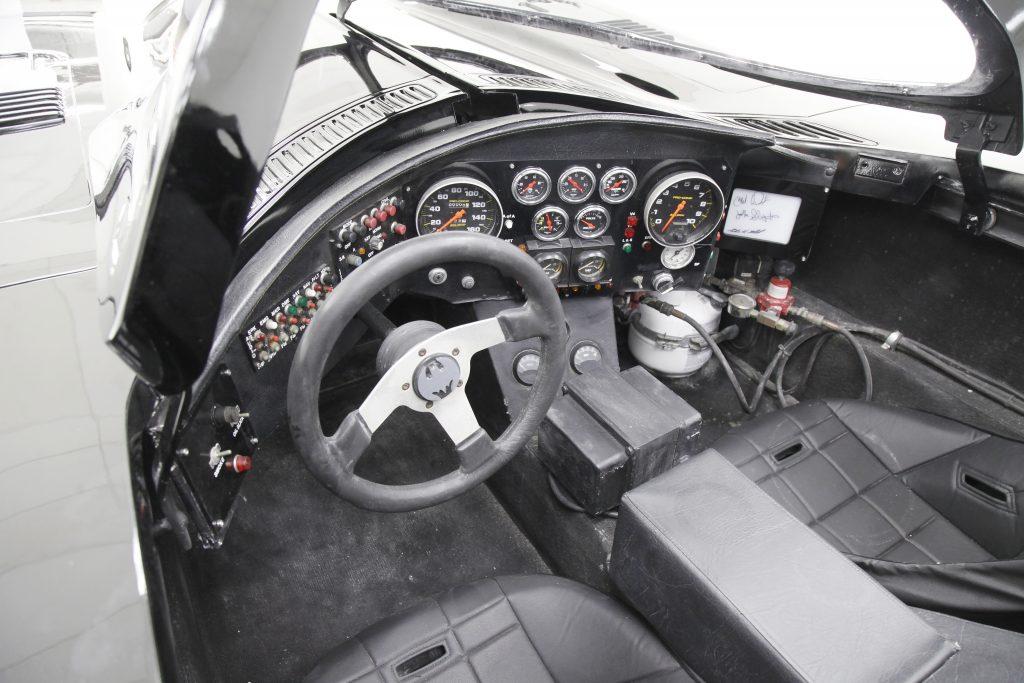 The myriad of buttons inside don’t work either, but this authentic Batmobile does account for its illusions with functional features fit for the silver screen, including an engine kill switch in case of a showbiz emergency, a secret third seat hidden behind black velcro where the real driver sat during filming, and a working flame thrower.

Six Flags Great Adventure in New Jersey acquired Keaton’s Batmobile once it retired from film sets, using it as a prop in their BatMan Returns rollercoaster. The anonymous consignor putting it up for sale at Classic Auto Mall bought the car from them, and is now selling it, Howden said, “because he wants to find another fun car to restore.”

Adam West’s 1966 Batmobile sold at auction for $4.2 million in 2013, so the opportunity to scoop Keaton’s without a fight feels like a steal, despite its hefty price tag. Seems like it won’t be long before this symbol of justice slinks back into the dark.

Framed by a Painting of the Hudson, the River in New York’s Chinatown Is the Art World’s Latest and Chicest Watering Hole