Home News Archaeologists Have Uncovered an Enormous Megalithic Complex of More Than 500 Standing... 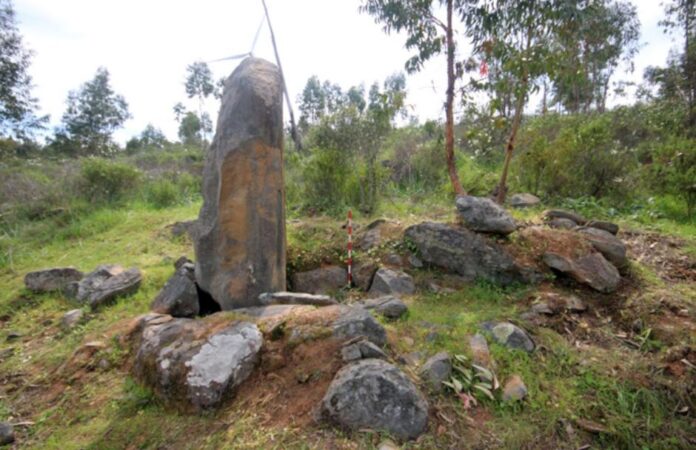 Archaeologists have discovered a sprawling complex of megalithic stones in Spain—a site now believed to be among the largest of its kind in Europe.

More than 500 stones were found at La Torre-La Janera in Huelva, a province in the southeastern part of the country abutting the Portugal border. Among the types of megaliths unearthed were standing stones; dolmens, or tombs; mounds; and cists, or coffin-like boxes—all ranging in height from three to 10 feet.

“This is the biggest and most diverse collection of standing stones grouped together in the Iberian peninsula,” José Antonio Linares, a Huelva University researcher and one of the project’s three co-directors, told the Associated French Press. He explained that the oldest stones of La Torre-La Janera were likely erected during the late sixth or fifth century B.C.

The researchers’ findings were published earlier this summer in the Spanish archaeology journal Trabajos de Prehistoria.

“Standing stones were the most common finding, with 526 of them still standing or lying on the ground,” the paper read.

However, of particular interest to the team of archaeologists was the fact that such varied megalithic forms were found so close together and were so well preserved. The majority of megaliths discovered at La Torre-La Janera were grouped into 26 alignments, or linear arrangements, and there were two cromlechs, or stone circles.

Both groupings were located on hilltops with clear views of the sunrise in the east, the researchers noted.

“Finding alignments and dolmens on one site is not very common,” said Primitiva Bueno, a prehistory professor at Alcalá University and another co-director of the project. “Here you find everything all together—alignments, cromlechs, and dolmens—and that is very striking.” She also marveled at the site’s “excellent conservation.”

The land, which spans roughly 1,500 acres, was allocated for a new avocado plantation. But before granting a permit to build, regional authorities organized a geological survey of the site. It was then that the stones were discovered.

Many of the stones are deeply embedded in the earth and still need to be excavated by experts. Work on the site is set to run through 2026, but there may be a chance to see it sooner. According to Bueno, “between this year’s campaign and the start of next year’s, there will be a part of the site that can be visited.”

A Sculpture Residency in Upstate New York Was Ransacked. Police Charged the Culprits: Children as Young as 8