Home News Art Basel Gears Up for Its Biggest Hong Kong Show Since the... 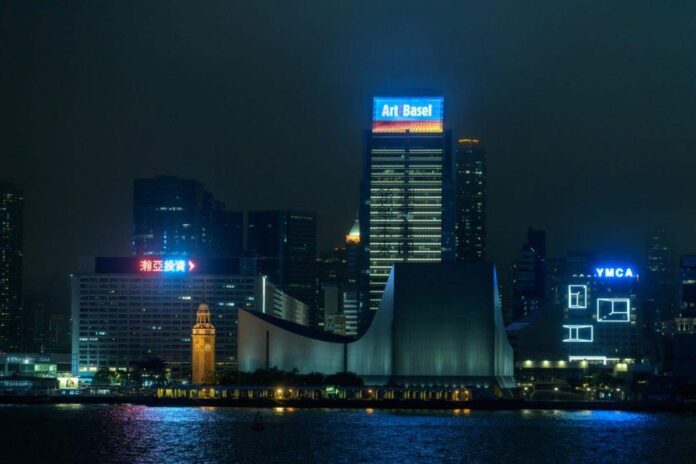 Art Basel is planning its largest fair in Hong Kong since the pandemic began as Covid-19 travel restrictions ease within the region. The show, scheduled to take place next March, will feature 171 galleries from 32 countries and territories—and a new fair director. Although this falls short of the 242 exhibitors who participated in the fair’s 2019 edition, it nevertheless signals a comeback, with a 30 percent increase from the 130 exhibitors at the 2022 edition.

The event will run from March 21 to 25 at the Hong Kong Convention and Exhibition Centre in Wan Chai, with the first two days being reserved for the VIP preview.

The 2023 edition also ushers in a change of structure in the Swiss fair’s Asian arm. This month, Angelle Siyang-Le was appointed to the newly created role of director, Art Basel Hong Kong, to lead the fair’s development. Siyang-Le has been with the Hong Kong fair for a decade, previously holding the positions of regional head of gallery relations in Asia and the head of development in Greater China.

Adeline Ooi remains as Art Basel’s Asia director, focusing on the Swiss fair’s strategic development across the region. The company has experimented with new opportunities in Asia during the pandemic, playing an advisory role for local events such as Art Week Tokyo in Japan and S.E.A. Focus in Singapore. In January, Art Basel’s parent company MCH Group also bought back a 15 percent stake in the company that is organizing ART SG, a new art fair in Singapore that will finally make its debut in January after multiple delays.

Art Basel is also undergoing a management shuffle at its top level: Global director Marc Spiegler, who launched the Hong Kong fair in 2013, departs after a decade, while Noah Horowitz returns to take over in the newly created role of Art Basel CEO this month.

Thursday’s release of Art Basel Hong Kong’s 2023 exhibitor list coincides with the announcement, by Hong Kong officials, of further relaxation of travel restrictions. Following an earlier end to mandatory hotel quarantine for travelers, from Monday onwards, those entering Hong Kong from overseas and Taiwan will no longer be required to take PCR tests on the fourth and sixth day after their arrival.

However, mandatory PCR tests are still required upon landing at the airport and on the second day (the arrival day is considered day zero). Travelers will also need to take rapid antigen tests (lateral flow tests) for seven days in a row. Arrivals will have to observe the local digital health code system, which restricts entry to certain venues such as restaurants, gyms, and temporary event venues during the first three days after landing in Hong Kong.

March will see 21 exhibitors from around the world showing at the Hong Kong fair for the first time, including Galerie Christophe Gaillard and Loevenbruck from Paris, Jan Kaps from Cologne, and Helly Nahmad Gallery, London. New York’s Venus Over Manhattan will be presenting a solo booth of Peter Saul for its Art Basel Hong Kong debut.

Four galleries from Tokyo—Kosaku Kanechika, Kotaro Nukaga, Takuro Someya Contemporary Art, and Yutaka Kikutake—as well as YOD Gallery, which has spaces in Osaka and Tokyo, will be joining the fair. Other new exhibitors from the region include Yiri Arts from Taipei, Gallery2 from Jeju, Whistle from Seoul, and Gallery Vacancy from Shanghai.

The 2023 edition will see the return of special sectors Encounters—a presentation of large-scale works curated by Alexie Glass-Kantor—and the Film, which is curated by Li Zhenhua.

“We are delighted to welcome back our international exhibitors and patrons to our show this March and to shine a global spotlight on the city,” Siyang-Le said in a statement.

Pharrell Is Selling His Old Clothes, Jewelry, and a Gold Blackberry on His Auction Platform Joopiter