Home News Art Industry News: A Man Repatriated 19 Artifacts He Inherited From His... 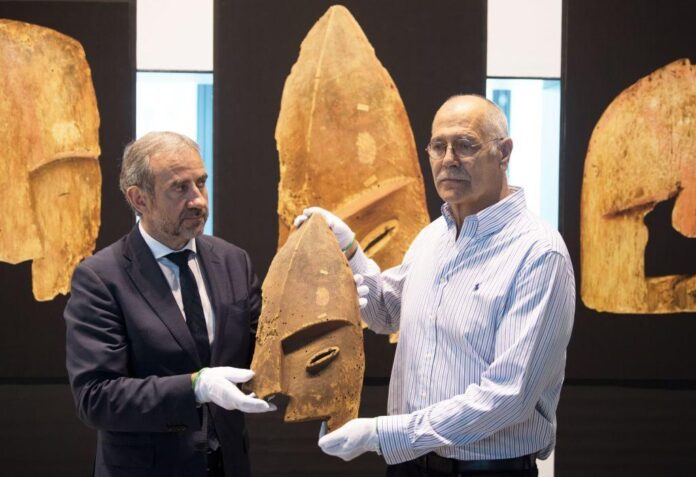 Protesters Spray Ketchup Over Statue in House of Parliament – Two members of the activist group Palestine Action posed as tourists visiting the U.K.’s house of Parliament to spray ketchup on the statue of former prime minister Arthur Balfour, who signed the 1917 Balfour Declaration declaring support for a “national home for the Jewish people” in Palestine. They were arrested. ()

Sotheby’s to Sell Questionable Schieles – Two works by Egon Schiele, (1910) and (1911), hitting the block tonight with a combined estimate of $10 million have gaps in their provenance during the Nazi period. The self-portrait lists Galerie Wolfgang Gurlitt, which dealt in looted art, as its initial owner. A spokesperson for Sotheby’s said neither work had been flagged by industry databases. ()

Man Repatriates 19 Antiquities After Reading Guardian Articles – The Washington-based nonprofit advisor John Gomperts returned a trove of ancient artifacts worth up to £80,000 ($94,108) that he inherited from his grandmother after reading reports in the about restitution. He reached out to archaeologist Christos Tsirogiannis for help on where to start. Today, he has returned 12 artifacts to Greece, four to Italy, one to Pakistan, and two to Cyprus. ()

Chris Bedford Unveils His Vision for SFMOMA – After six months on the job, SFMOMA’s new director is beginning to articulate his vision for the institution. While he assured the board he would be “quiet and measured” during his first year, he said, “I very quickly found that that was not what the staff wanted. What the staff wanted was vision and action.” ()

Courtauld Names New Director – Mark Hallett, who has served as director of the Paul Mellon Center for Studies in British Art at Yale University since 2012, will oversee the redevelopment of London’s Courtauld Institute of Art beginning in April. ()

Thomas Aillagon Joins Centre Pompidou – Nice’s deputy director general in charge of culture and heritage returns to Paris after just one year in the south of France. He will begin his role as director of communications and digital technology at the Centre Pompidou in January. ()

Iran Protest Comes to LACMA – About a dozen black-clad activists staged a performative protest to commemorate the 40-day anniversary of the Zahedan “Bloody Friday” crackdown, when nearly 100 people were killed by Iranian forces. The demonstrators handcuffed themselves to the street lamps that comprise Chris Burden’s (2008) installation outside of LACMA. ()