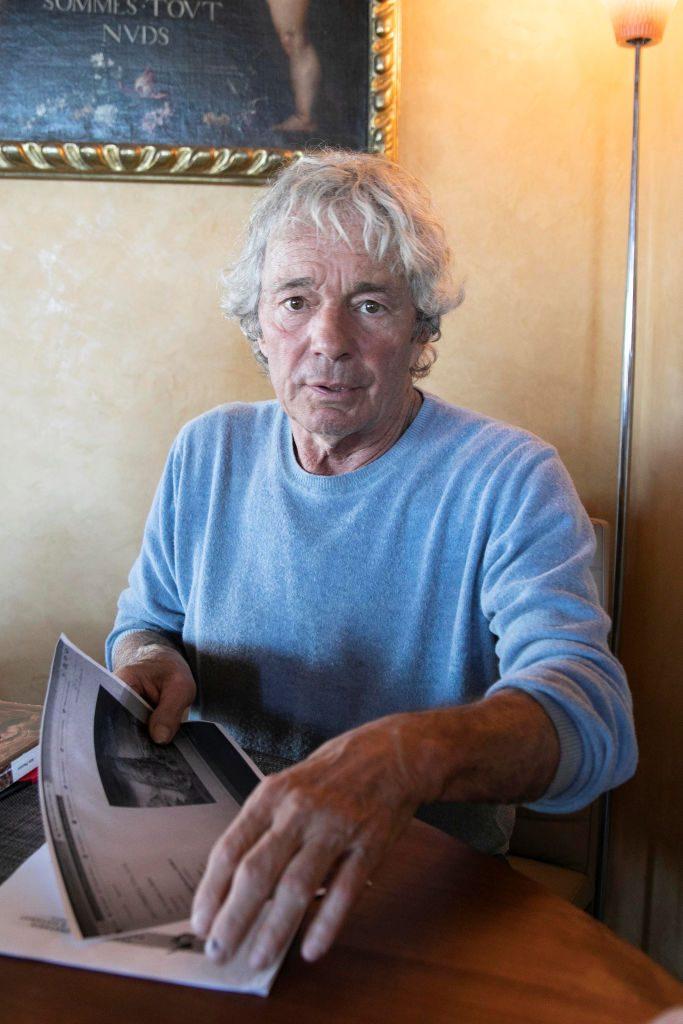 Art Industry News is a daily digest of the most consequential developments coming out of the art world and art market. Here’s what you need to know on this Tuesday, December 20.

Afghan Artists Struggle Under Taliban – Afghani artists have vanishingly few avenues to exhibit under the harsh rule of the Taliban, but a handful of artist-run galleries are staying open against the odds to offer opportunities, as well as affordable arts education, to local men and women. (TAN)

Lawsuit Over Artist Ryder Ripps’s NFTs Can Proceed – The American artist and programmer Ryder Ripps has failed to convince a California court to toss out Yuga Labs’s lawsuit against him. The company claims that Ripps’s RR/BAYC NFT collection tricked consumers looking to buy genuine Bored Ape Yacht Club NFTS into purchasing his own work. ()

Old Master Forgery Suspect Turned Over to French Authorities – More than three years after a Paris judge first issued a European arrest warrant summoning the suspected art forger to potentially stand trial in 2019, Giuliano Ruffini has been handed over to French custody. The former art dealer turned himself into local authorities in Italy last month. (TAN)

Photographer and Writer Arrested – Photographer, writer, and painter Efrem Zelony-Mindell has been charged by the U.S. District Attorney’s office with the possession and distribution of child pornography as well as attempting to entice a minor. Zelony-Mindell was arrested in a sting operation by the FBI. ()

9/11 Museum Names Leader – Clifford Chanin will assume the top job at the National September 11 Memorial & Museum in New York. The native New Yorker has worked at the organization in a range of roles over the past 17 years. (Gothamist)

Yuga Labs Taps CEO – The Web3 giant has tapped video-game expert Daniel Alegre, of Activision Blizzard, as its new CEO, with a brief to turbocharge its development of immersive online worlds. Best known as the parent company of the Bored Ape Yacht Club, Yuga Labs has also built the Otherside metaverse and raised $450 million in venture capital this year. (Coindesk)

Artadia Ups Grants to Match Inflation – The non-profit has decided to up its 2023 artist grants from $10,000 to $15,000 to account for inflation. Surprisingly, it has also offered to retroactively pay the difference to this year’s recipients. (Hyperallergic)

Meet the Art World’s Nepo Babies – As part of ’s viral coverage of “the year of the nepo baby,” Artnet News’s own Rachel Corbett examines the art world’s biggest family dynasties, from the scandal-plagued Wildensteins to the Warhol-amassing Mugrabis. ()

Some of Donald Trump’s NFT Art Was Lifted From Amazon – A Twitter sleuth spotted an uncanny similarity between the Western-style self-portraits that were part of Donald Trump’s highly publicized NFT drop and an image on Amazon of a man modeling a classic duster long coat by the brand Scully. ()

It appears that Donald Trump’s NFT image of himself as a cowboy comes from an Amazon image that was slightly altered. https://t.co/B0b2SUSbX9 pic.twitter.com/OA8L2rHw4J

A Single-Artist Sale of Paintings by the Late Chicago Surrealist Gertrude Abercrombie Brought in $2.8 Million This Week