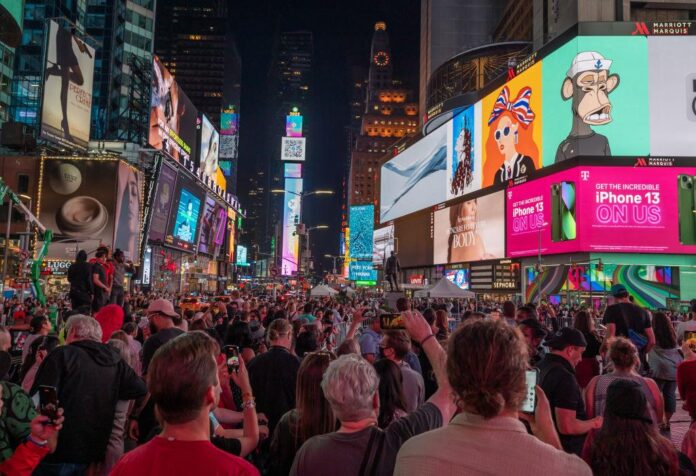 Art Industry News is a daily digest of the most consequential developments coming out of the art world and art market. Here’s what you need to know on this Thursday, December 22.

An Exhaustive List of Art Nepo Babies – With “nepo baby” still the term of everyone’s lips after a viral feature by , has compiled its own version for the art world. The list extends particularly long for dealers but also includes auction-house executives, art advisors, and the artists themselves. Did you know Art Cologne director Daniel Hug is the grandson of artist László Moholy-Nagy? (ARTnews)

A New Amazon Series Will Explore NFT Culture – Crypto winter, be damned! Amazon Prime is planning a new documentary series called With a focus on 50 key pioneers within the space, from artist Refik Anadol to music producer Peter Rafelson, the six episodes will explore the cultural impact of NFTs. (Coin Telegraph)

Trinidad Art Dealer Dies During Attempted Robbery – Mark Pereira of 101 Gallery in Trinidad and Tobago, known as a champion of Caribbean art, was shot by thieves who broke into his home earlier this week. Police are investigating the murder. (ARTnews)

International African American Museum Delays Opening – The opening of the highly anticipated museum in Charleston, South Carolina, has been pushed back due to faulty humidity and temperature control systems. Originally scheduled to open in January, it is still expected to debut in the first half of the year. (New York Times)

Nan Goldin Doc Gets Shortlisted for the Oscars – Laura Poitras’s , which chronicles the life of artist Nan Goldin and her fight against the Sacklers, made the Oscars shortlist for best documentary feature. Final nominations will be announced January 24. ()

Amsterdam Museum Returns Salt Cellars to Heirs – Four silver salt cellars held at museums in Amsterdam will be returned to the heirs of the German Jewish collector Emma Budge following an investigation into their provenance and the binding advice of the Dutch Restitutions Committee. (Codart)

Pace and Black Lunch Table Open Up Gallery Library – Pace Gallery’s collaboration with the non-profit Black Lunch Table, through which it is improving its archives on Black artists, has led to a six-month Wikimedia Fellowship to expand online entries for historically excluded artists. The research will culminate with an exhibition at the New York gallery’s library for Black History Month in February. (Press release)

Tao Lewis at 52 Walker Is a Must-See – The 29-year-old sculptor’s exhibition “Vox Populi, Vox Dei” at 52 Walker sees her recreating Yoruba-style theatrical masks built up from found scrap materials and fabrics. If you are in New York, catch it before it closes on January 7. (The Cut)