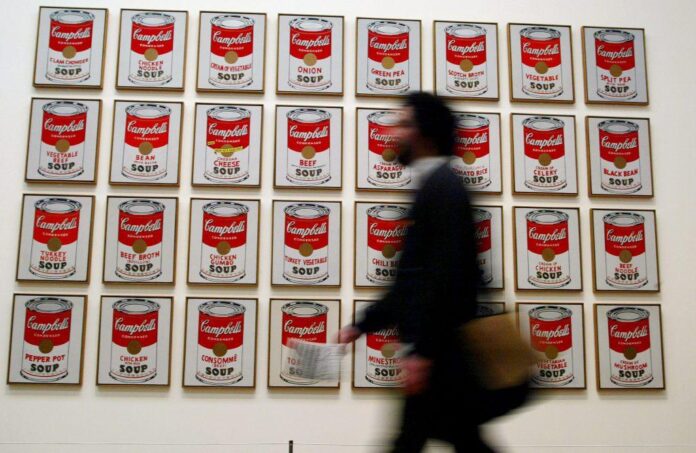 More Just Stop Oil Arrests and Actions – Two members of the press, a photographer and a filmmaker, were held in police custody for 13 hours after being arrested while reporting on a Just Stop Oil protest in the U.K. on Monday. Down in Australia, climate protesters tried to glue themselves to Andy Warhol’s Campbell’s soup paintings at the National Gallery of Australia in Canberra. They were not arrested and the piece did not appear to be damaged. (Evening Standard, Evening Standard)

British Museum Chair Pushes Back Against Restitution – George Osborne, chair of the British Museum, told trustees at an annual dinner last week that artifacts won’t be leaving the museum for good, even though he is open to loans and partnerships. ”We hear the voices calling for restitution. But creating this global British Museum was the dedicated work of many generations,” he said. “Dismantling it must not become the careless act of a single generation.” (TAN)

Getty Pledges $1 Million to Conserve Ukrainian Culture – The Getty Trust is giving a $1 million grant to Ukraine to help fund safe art storage within the war-torn country, conservation and protection of monuments, and salaries for Ukrainian heritage professionals. ()

Critic Brian O’Doherty Dies at 94 – The artist and critic died of natural causes in New York at the age of 94. He was best known for his era-defining book from 1986. (ARTnews)

Anna Weyant’s New Show, Reviewed – The painter has faced a lot of scrutiny—for her age, her partner Larry Gagosian, and the sky-high prices for her art. But what about the actual work itself? Her debut Gagosian show features a number of paintings of duplicated women. But the double vision falls short of being provocative, Alex Greenberger writes. (ARTnews)

Jane Lombard Prize for Art and Social Justice Awarded – The Australian Aboriginal collective proppaNOW, based in Meanjin/Brisbane, is the recipient of the 2022–24 prize and the accompanying $25,000 purse. Their winning exhibition, “OCCURRENT AFFAIR,” was held in 2021 at the University of Queensland Art Museum. (Artforum)

Bally Foundation Names Director – Vittoria Matarrese will take the helm of the Swiss foundation, leaving her post as the director of performing arts at the Palais de Tokyo in Paris. The Bally Foundation, the nonprofit arm of the fashion brand, will open an outpost in Lugano, an Italian enclave in Switzerland. (Le Monde)

Béatrice Salmon Renewed as Head of CNAP – Salmon has been reappointed for a second three-year term to lead the National Center for Plastic Arts in Paris. (Le Journal des Arts)

Artists Unveil 21-Foot Sculpture at Cop27 – A giant sculpture,, by Invisible Flock arts studio and Jon Bausor is on display at the World Health Organization’s pavilion on the sidelines of the COP27 climate conference, held this week at Egypt’s Red Sea resort of Sharm el-Sheikh. (Getty Images) 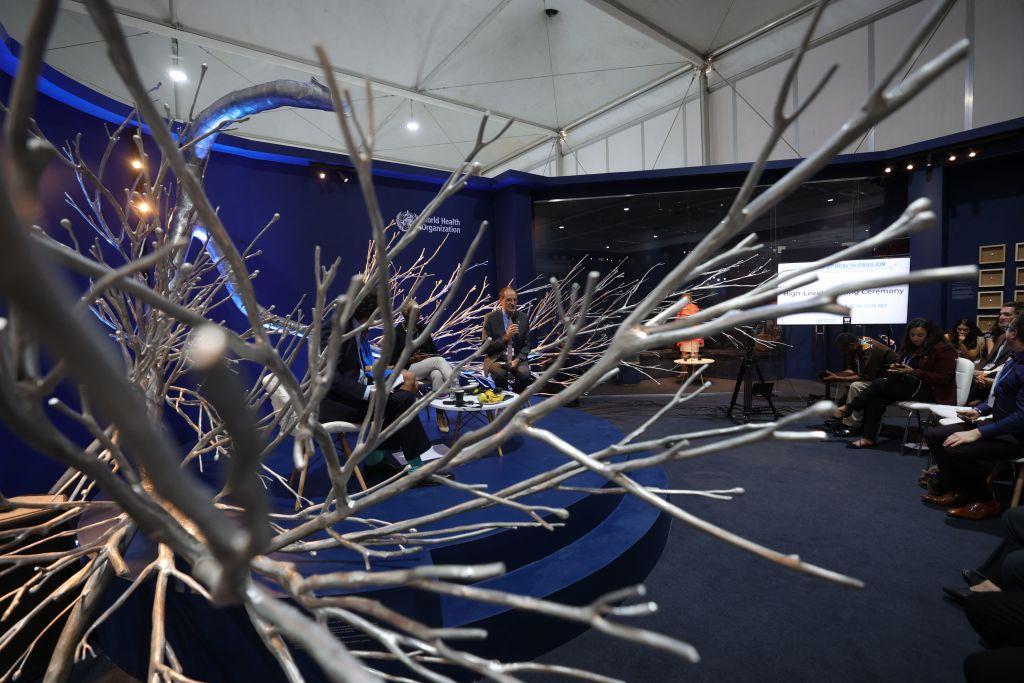 Bodies Joined by a Molecule of Air by Invisible Flock arts studio and Jon Bausor. Photo by Fayez Nureldine/AFP via Getty Images.

Artifacts Are Disappearing From Museums in Annexed Parts of Ukraine