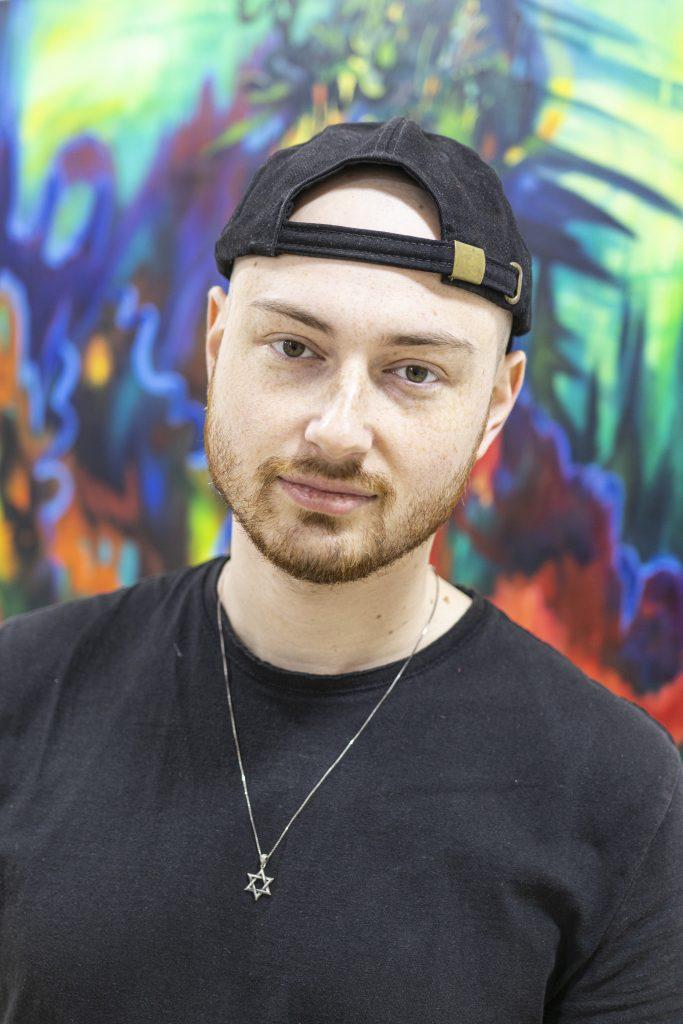 In the shadow of the pandemic and in light of extreme increases in cost of living, David Finestein made the tremendous choice to leave New York on a one-way ticket to Tbilisi, Georgia, in 2021. This year, he founded Dissolution, an art gallery showing emerging Georgian and international artists. Located in an underground space in the heart of the city, Dissolution has the avant-garde, experimental feel of any number of up-and-coming art galleries native to downtown New York but brings a new facet and fresh voice to the existing Tbilisi art scene.

Frequently working with outside curators, regional artists groups, as well as young artists, Dissolution aims to bring its talent roster and diverse exhibition programming to the international stage. We reached out to Finestein to learn more about what led up to the founding of Dissolution, and what he’s looking forward to next in 2023. 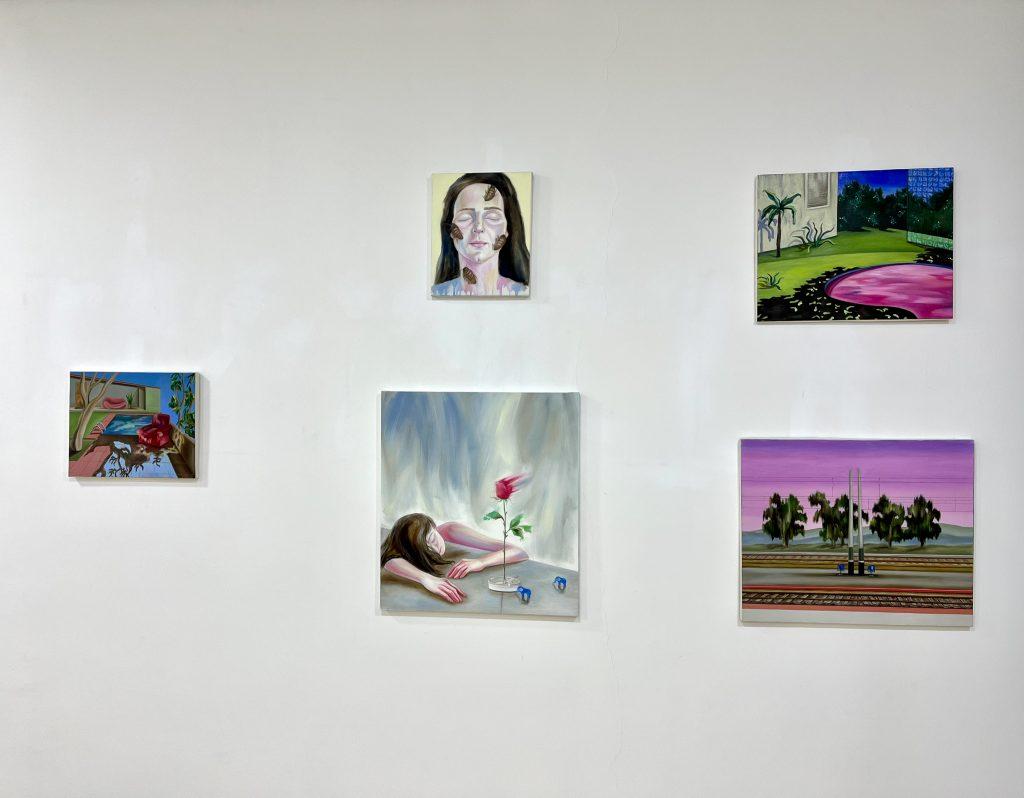 Dissolution opened just this year. Can you talk about your journey leading up to founding the gallery? What does your interest in art stem from?

I moved to New York from Alabama in 2016 to attend New York University. As for many NYU students, gallery openings became a regular Thursday night activity. Several years later, I found myself living with a visual artist and organizing my first show.

After some small exhibitions and an art fair, I felt that the next step was to open a permanent space, but that wouldn’t have been financially viable in New York City. I put that idea aside and went on to work in real estate.

Many people were saying that Tbilisi was like Berlin 20 years ago, and with the cost of living in New York being so high, this seemed appealing. But then the pandemic happened, and that delayed things. Ultimately, at the end of 2021, the rent increase for my room in Brooklyn would have been too great, and with loads of airline miles accumulated, I booked a one-way ticket to Tbilisi with no idea what I was going to do there.

After a couple of months in Tbilisi, I saw an opportunity to rent a tiny space in a basement in the center of town. The opening show was at the end of April, and here I am.

My interest in art stems from my own creative activities. I had a lot of friends from high school and university who were working actors, and I followed them around for about a year, photographing them. After participating in the Other Art Fair, I become more interested in the business side.

Can you tell us a bit about the ethos or guiding principles of the gallery? How is this reflected in the artists and exhibitions you show?

The gallery was inspired by a lot of small spaces that I encountered on the Lower East Side. Many of these spaces were not your “traditional” gallery—they were in tight quarters with suboptimal lighting, an intern manning the desk, the gallery clearly just getting by. These spaces felt more accessible than the blue-chip galleries in Chelsea where you needed millions of dollars to feel welcome.

By opening an accessible space, I was able to worry less about the financial aspects of the gallery (although there’s still plenty of that) and focus more on showing artists I could relate to—primarily young, emerging artists.

What are some of the biggest lessons you’ve learned as an art dealer thus far?

I’ve been consistently wrong about what sells and what doesn’t. Emerging art is hard; it’s the gallery’s job to build the market for these artists. Of course, with time and the right shows, things should become more consistent.

Relationships are very important in this business, and as an outsider in a tight-knit society like that of Georgia, there are more barriers to overcome than in larger art cities. However, as long as we put on good shows and build the right bridges, these barriers aren’t insurmountable.

You’ve presented exhibitions both in New York and Tbilisi. What are some of the differences or similarities you’ve observed in the art scene between the respective cities?

I think the New York scene has much greater variety. Even as the region’s art hub, Tbilisi remains a small town. The galleries that have been around since the 1990s (Georgia was part of the Soviet Union, so the art scene was largely state-controlled before) are showing many older generation artists and selling to a small group of collectors.

New York has its establishment too, but the market there is so vast there that everyone can do their own thing if they want; there are always new collectors entering the market. An unknown artist can blow up in New York with the right shows, but in Georgia you won’t be able to make a career in the same way without either decades of exhibits or some kind of recognition abroad. 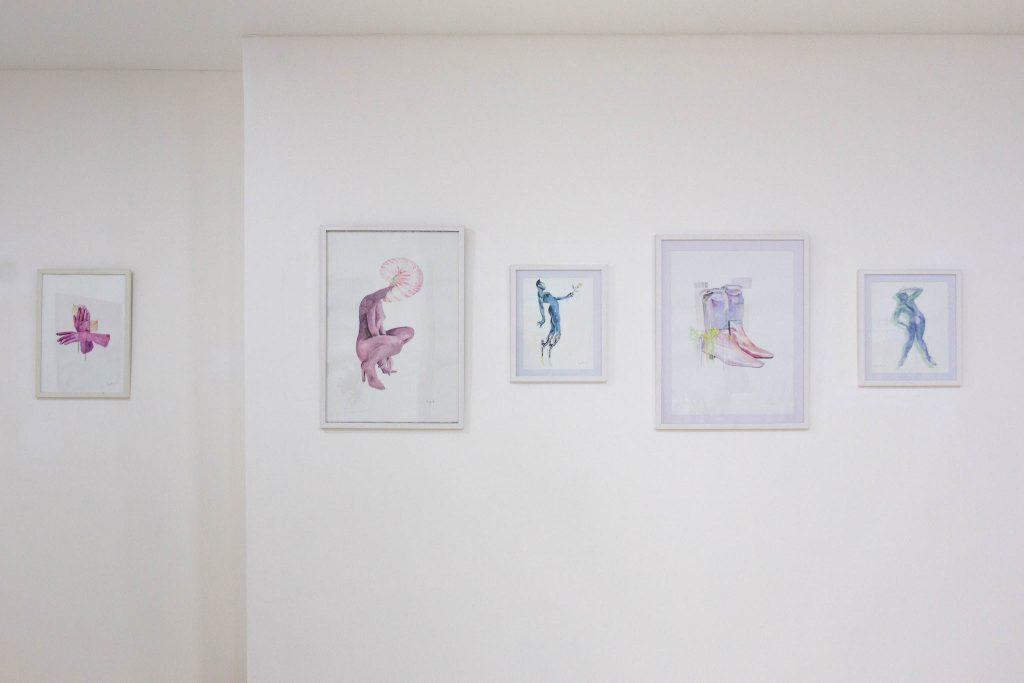 Dissolution’s exhibition program is thematically diverse. Do you have any favorite exhibitions or memorable moments from these exhibitions you can tell us about?

The most memorable show was a collaboration we did with a local arts organization in Gori, a small town about 90 minutes west of Tbilisi. We presented a huge photo project consisting of different parts of the city printed 10 meters by 2 meters on the gallery wall. In the center we planted a circle of wheat from the region.

As far as shows in the gallery itself, we presented pieces by an Azerbaijani photo collective called F37. This show consisted of both Azerbaijani and Georgian photographers and was curated by the team that runs that organization. I like working with outside curators. They bring fresh eyes to our tiny space, which is very important, I think.

If you could own any artwork in the world, what would it be and why?

There are several Garry Winogrand photographs that come to mind.

With the New Year just around the corner, what are you looking forward to in 2023? Is there any gallery news that you can share with us?

For 2023, one of our main goals is to place Georgian art in Western collections. We will try to organize one or two exhibits outside of Georgia to further build an audience for our artists in more diverse markets. It’s very difficult for artists and galleries to work only in Georgia, and by building a market abroad, we hope to put Georgia on the map for more collectors in developed countries.

Guarantees, withdrawals and billionaires bidding at their own auction houses: Flagging market gets by with a little help from its friends