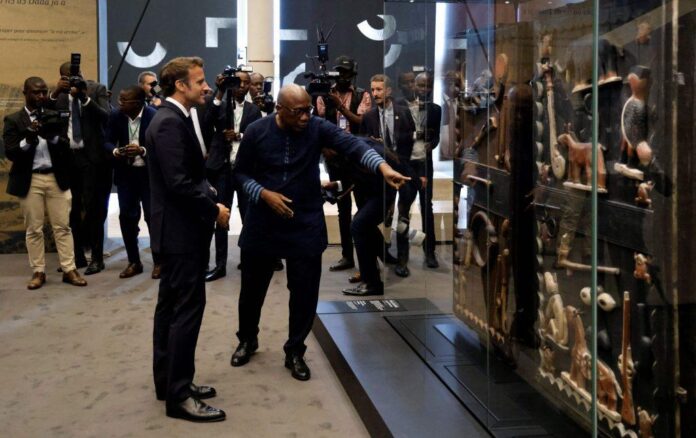 Earth Goddess Statue Inflames Church Leaders – The tallest statue in the U.K. (and possibly the world) has drawn its fair share of criticism since it appeared in a Cornish town this summer. Now, the row has taken on a religious twist, with church leaders calling the work “offensive to God.” Sculptor Sandy Brown said she was “saddened and disappointed” by the reaction to her work, which was meant as a secular celebration of “mother earth.” A local town councillor called the church leaders’ response “medieval.” ()

Ancient Hellgate Pictographs Vandalized in Montana – Officials identified the initials “JR + DR” and the date “2022” carved onto the limestone wall of an ancient panel known as the Hellgate Pictographs in the Helena-Lewis and Clark National Forest in Montana. The site, which is considered sacred to the Blackfeet and the Confederated Salish and Kootenai tribes, dates as far back as 650 C.E. to 2300 C.E. Law enforcement is investigating the vandalism. ()

Crowds Flock to See Restituted Artifacts in Benin – More than 200,0000 people—predominantly Beninese—have visited a free exhibition staged at the presidential palace of the 26 artifacts that the French government returned to the nation last year. The show presents the restituted objects alongside the work of 34 contemporary artists from Benin. ()

L.A. Officials Call for Ideas to Commemorate Forgotten Chinese Massacre – Los Angeles officials plan to develop a memorial dedicated to the victims of the 1871 Chinese Massacre, in which 18 Chinese people were killed in a racist attack. There’s currently a bronze plaque “smaller than a pizza box” outside the Chinese American Museum, but community members say it’s time to commemorate the tragedy more prominently. ()

China’s Guangdong Times Museum to Close Permanently – The private museum in southern China has become the latest victim of the country’s economic downturn as its sole backer, property developer Times China, suffers the impact of a deepening property crisis. Times closed its Berlin space in June. ()

Noguchi Museum Gets $4 Million – Isamu Noguchi’s studio and former residence will open to the public for the first time thanks to a $4.5 million grant to the Noguchi Museum from New York City’s Department of Cultural Affairs. The funding will be used to restore the space and preserve the building. ()

MOCAD Gets New Board Co-Chairs – Charles Boyd, a plastic surgeon based in Michigan, and law firm partner Lynn Arsht Gandhi have been named co-chairs of the board of directors of the Museum of Contemporary Art, Detroit. The museum is in the midst of a search for an artistic director and a development director, having abandoned the idea of appointing an executive director after two years. ()

MASS MoCA Employees Stage One-Day Strike – Dozens of unionized workers at the Massachusetts Museum of Contemporary Art staged a strike on August 19 to call attention to the ongoing bargaining process with the institution’s administration. Ahead of the strike, the union launched a fund to compensate employees who lost a day’s pay because of the demonstration. ()

Ukrainian Traditional Art Has Transformed an Antitank “Hedgehog” – Artist Varvara Logvyn spent more than 80 hours in recent weeks painting the steel antitank obstacle known as a hedgehog with detailed Petrykivka painting, a style originating from the village of Petrikivka in eastern Ukraine. The artist described the artistic intervention as a symbol to “defend our culture.” () 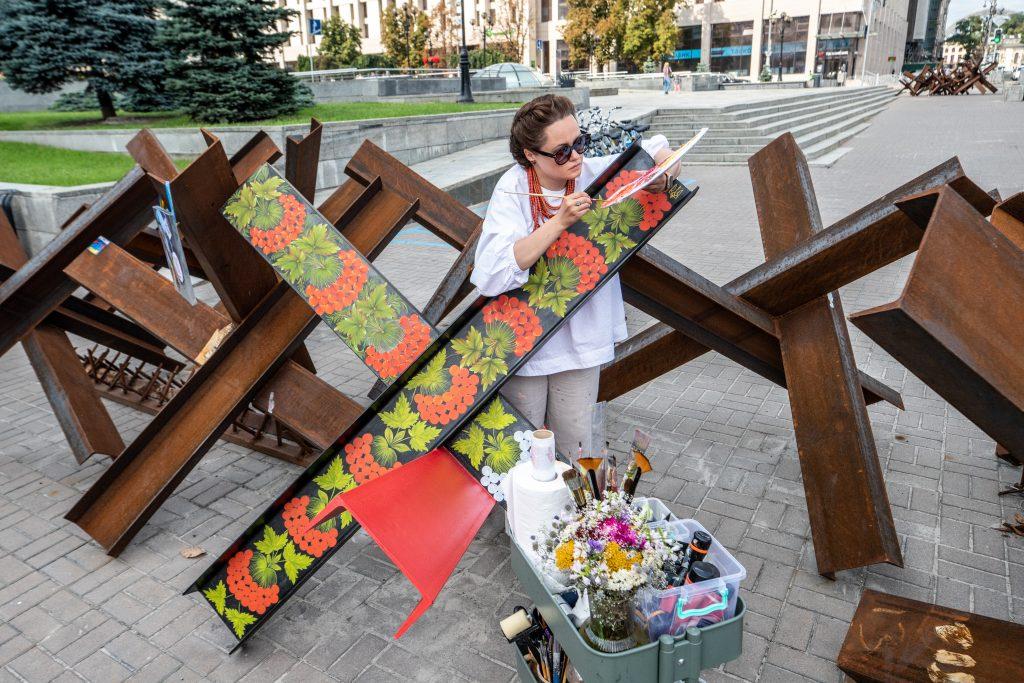 Procrastination in College: 4 Tips to End It