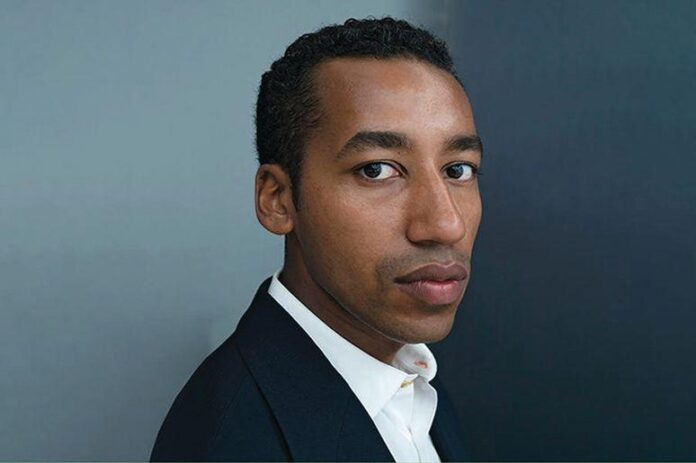 The British-Ghanaian curator Osei Bonsu has selected 50 contemporary artists for his new book African Art Now, which gives an overview of the art being made by young African artists spanning the continent, from Algeria to Zimbabwe. Among the subjects of his book are the Nigerian painter Njideka Akunyili Crosby, the Kenyan artist Michael Armitage, and the Malawi-born Samson Kambalu. Here, Bonsu takes us through the ideas and process behind his new book.

The Art Newspaper: Who is the book aimed at?
Osei Bonsu: The book is aimed at a general audience who may be new to the field of contemporary African art. There is often a significant disparity between young artists working today and the average age of museum goers. I wanted to address a generation who might feel encouraged to learn more about the artists shaping the future of African art. It is accessible and reader-friendly, but it also grapples with key themes and ideas central to critical discourses around contemporary African art.

Was making the selection challenging?
Yes, the aim was to focus on younger artists who have really established their own voices. African Art Now is very much about the present—artists who are shaping the expansive and ever-changing African art scene. There were specific challenges: for example, given the historical and geo-political split between northern and so-called sub-Saharan Africa, it was important to address areas of shared interest without aiming to be encyclopaedic. Readers will see many thematic, stylistic and conceptual approaches, none of which can be tied to a single geographical place. This felt like a different way to think about the regionality of African art, which can often restrict or limit the interpretation of an artist’s work.

Was the research process particularly intense?
Yes, I spent time trying to write about each artist in some depth, interviewing most of them in the process. In many cases, it became clear that their work deserved even more attention than a book could offer (I’ve since written longer essays on many of the artists). The aim of the book is to provide an insight into the artists who are innovating and pioneering new ways forward. As an art historian and curator, I spend a lot of time with works of art, but I rarely get to write about the works of my peers such as Amoako Boafo and Bronwyn Katz. I was constantly thinking about how the book would be read by young artists across Africa and its diaspora. I wanted them to feel inspired and encouraged to learn more about their stories, cultures and traditions. The book informed much of the thinking [behind] the forthcoming exhibition, A World in Common: Contemporary African Photography at Tate Modern [opening July 2023]. The exhibition uses photography as a point of departure to explore themes of traditional, spirituality, cultural heritage, and climate change. So often we find that much of what is “new” about contemporary African art is rooted in a deep and storied past.

The Sydney-based museum has almost 36,000 pieces from across time and from around the world