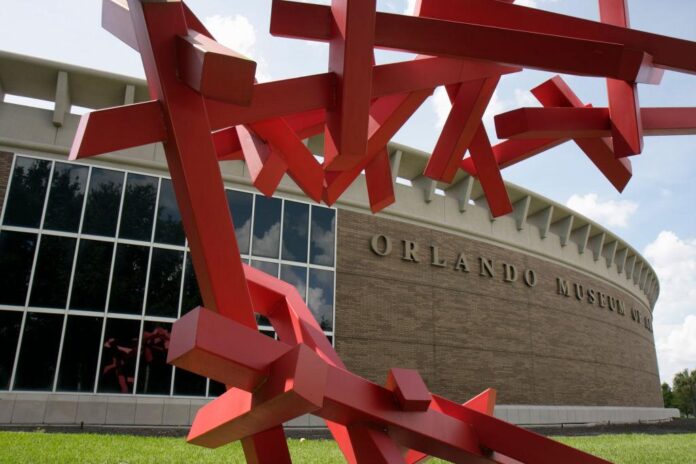 Donors Pivot From Orlando Museum of Art – Donors are shifting their support away from the Orlando Museum of Art following the FBI seizure of 25 allegedly fake Basquiat paintings from an exhibition there. Around six prominent donors are in talks to transition their financial support to the nearby Rollins Museum of Art. Meanwhile, the Martin Andersen-Gracia Andersen Foundation plans to move its collection of 18th- and 19th-century American paintings, which was on loan to the museum, to the Rollins as well. (New York Times)

Edie Sedgwick’s Sister Wrote a Book – Alice Sedgwick Wohl has written a late-life memoir, , in which she describes growing up in a WASPy family alongside her sister Edie, who became Warhol’s muse before she died of a barbiturate overdose in 1971. In it, Wohl paints Edie as less naive and more calculating than she has been depicted elsewhere, and walks back some of the comments she previously made about Warhol being “shallow.” (NYT)

Estonia Removes Soviet-era Tank Monument Amid Russia-Ukraine War – Estonian officials have removed a Soviet-era tank from the city of Narva as part of a plan to remove hundreds of monuments referencing the Baltic state’s history as a Soviet republic. The government announced intention to remove all Soviet-era monuments in response to Moscow’s invasion of Ukraine. (Guardian)

Lynette L. Allston to Lead the VMFA Board – The Virginia Museum of Fine Arts has tapped the curator as its next board president. She is the first person of Indigenous heritage to hold the role at a major U.S. museum. (TAN)

SPURS Gallery to Rep the Ulay Estate – The Beijing-based gallery will collaborate with the Ulay Foundation to represent the late artist in Asia. The prominent body artist, performance artist, and photographer, who spent more than 10 years working with Marina Abramović, died in 2020 at 76. The estate’s first show with Spurs will take place in September. (Press release)

Alteronce Gumby Joins Nicola Vassell Gallery – The Pennsylvania-born, New York City-based artist has officially joined the stable after showing with the gallery at Art Basel Miami Beach in 2021. Gumby, whose work explores theories of energy and the cosmos, released his first monograph with contributions from Ashley James and Antwaun Sargent in December 2021. (Press release)

Tate Names Managing Director – Carmel Allen will take over as managing director of the museum on September 1. She previously served as CEO of Tate Commerce, the institution’s publishing, retail, product development, image and licensing business. ()

London Borough Taken Over by Inflatable Monsters – Eight buildings in Croydon, London, have been taken over by large colorful inflatables as part of an exhibition of unexpected 3D street art. The presentation, organized by Croydon BID, aims to draw people back to the town’s high street. ()