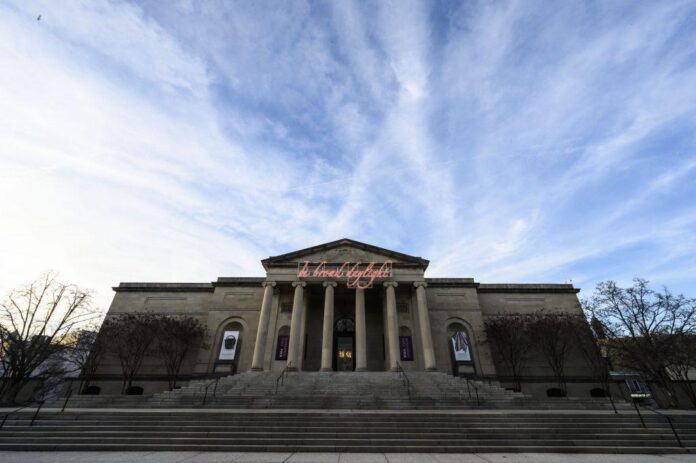 Horniman Museum and Gardens Named Art Fund Museum of the Year 2022 – The museum located in Forest Hill beat out four other finalists for the £100,000 prize. It is London’s only institution dedicated to the environment, ecology, and human cultures. Jenny Waldman, director of Art Fund, said the museum has “blossomed into a truly holistic museum bringing together art, nature, and its myriad collections.” ()

Istanbul Biennial Curator Fulya Erdemci Has Died – Fulya Erdemci, the director of the Istanbul Biennial from 1994 to 2000 and a prominent figure in the Turkish cultural scene, has died of cancer. (The announcement did not state her age.) She organized the Turkish Pavilion at the 2011 Venice Biennale and organized the Bienal de São Paulo in 2002. Her work focused on the intersection of art, politics, and public space. ()

Baltimore Museum Workers Vote to Unionize – The latest in a wave of museum unionizations, workers at the Baltimore Museum of Art voted 89 to 29 to unionize with the American Federation of State, County and Municipal Employees, Council 67. Employees said they are seeking to address stagnant and “unlivable” wages as the museum searches for a new director. (A 20-year veteran previously said she was making $42,500 a year and had only received around $10,000 in raises since she joined in 2002.) The museum’s interim directors, Christine Dietze and Asma Naeem, said they “respect the outcome of the election and the decision of our staff to unionize.” ()

Court Reverses Opinion on Picasso Copyright Ruling – The U.S. Court of Appeals for the Ninth Circuit has overturned a ruling regarding the copyright of photographs of paintings by Pablo Picasso. The longtime legal battle pits the French copyright holder against the American editor Alan Wofsy, who used the images in a 1991 project. In 2019, a judge ruled that a French decision in favor of the copyright holder did not apply in the U.S., but the appellate court reversed the decision and sent it back to the lower court. ()

ADAA Plans Its Largest Art Fair Yet – As the Art Dealers Association of America gears up for its 60th anniversary, it has announced the lineup for its upcoming fair, which runs from November 3–6 at the Park Avenue Armory in New York. The 78 participating galleries include stalwarts David Zwirner, Lisson, and Petzel alongside such new arrivals as Derek Eller and Almine Rech. ()

Luxembourg + Co. Will Open New York Gallery – The gallery, which spun off from Luxembourg and Dayan in 2020, is opening a space in New York’s Fuller Building, on 57th Street and Madison Avenue, this September with an exhibition of drawings by Joan Miró. The show, which presents works from 1924–34, will be held at the same site where the artist made his debut at the historic Pierre Matisse Gallery in 1932. ()

LGDR Moves Into Storied Building – The gallery is moving out of its former home at 3 East 89th Street, the site of Salon 94, and into the storied gallery at 19 E 64th Street. The brownstone was previously home to Skarstedt and was once owned by the legendary art-dealing Wildenstein family. LGDR will open the space as its new HQ in 2023; the 89th Street gallery will reopen after renovations as a project space. (Press release)

Phillips Plans Dedicated David Hockney Sale – A Phillips London sale on September 13 will offer Hockney paintings, prints, photographs, and sketches at price points ranging from £1,000 to over £250,000. Highlights from the auction come from Cape Town-based collectors Andrew and Sandy Ovenstone; proceeds from their works will help to fund new acquisitions by contemporary South African artists. ()

Futuristic (Albeit Creepy) Installation Takes Over Selfridges – Thirteen new media artworks and installations have popped up in the iconic London department store for an exhibition titled “Superfutures,” a collaboration between Selfridges and Berlin’s Reference Festival. The works—including , a six-foot-five robotic face by Gentle Monster—are interspersed within the racks of clothes and shoe displays, startling some shoppers. The show runs until October 16. () 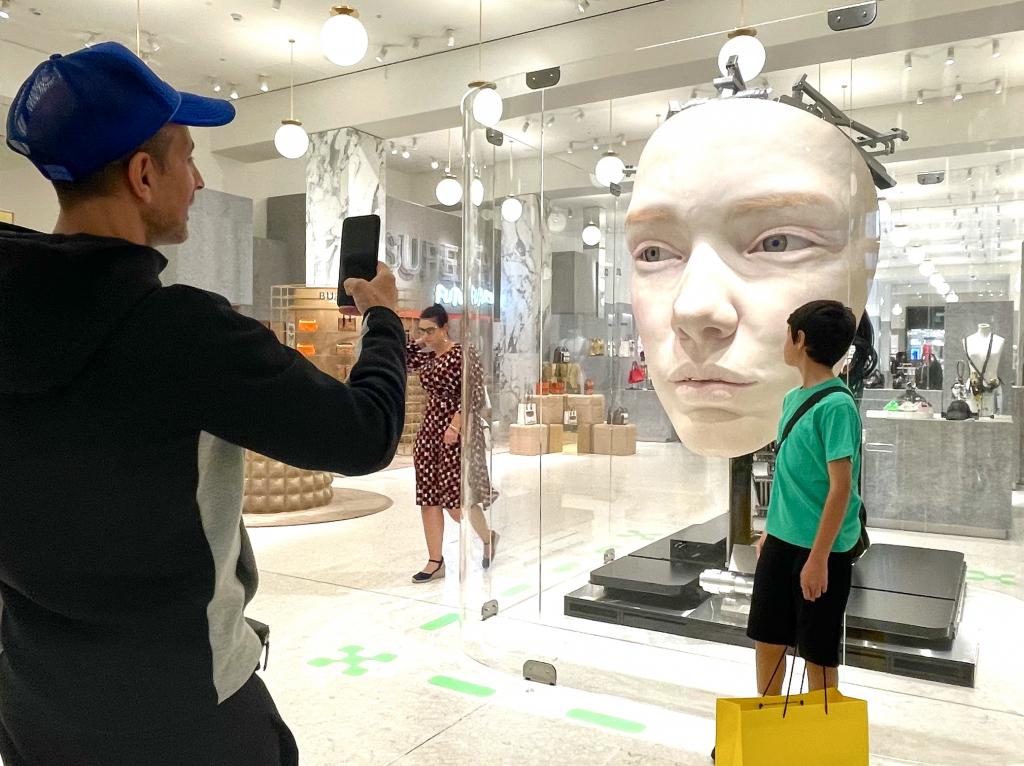 Jorge Pérez: ‘I hate to see where the country is now’