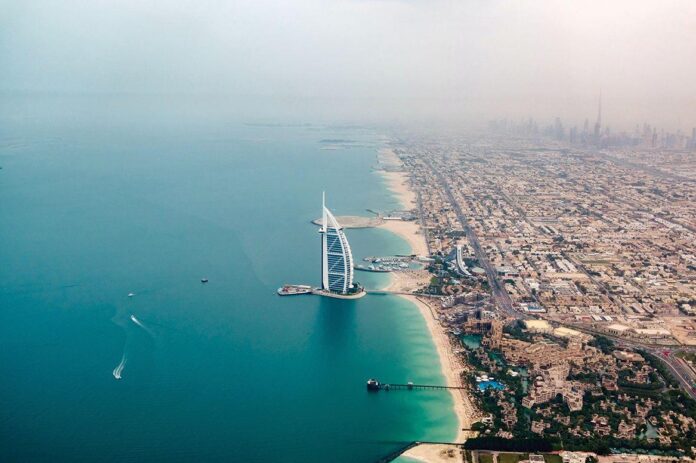 Dubai has made recent headlines as a haven for wealthy Russians since the country’s invasion of Ukraine. Unlike Western countries, the United Arab Emirates has not imposed sanctions on Russia, with the share of private jets flying from Russia to the UAE increasing from 3% to 14% between March and June 2022.

The Art Basel and UBS Survey of Global Collecting in 2022 notes that “some additional inflows and outflows of trade, including in luxury objects and art works, have developed […] between Russia and the Gulf States or Turkey, as a result of the restrictive measures taken by the political ‘West’”.

Christie’s recently added a Russian-speaking staff member to its Dubai office who used to work at Moscow’s State Tretyakov Gallery before moving to the UAE several years ago. The auction house told The Art Newspaper: “All our markets play an important role and we are committed to them across all collecting categories and geographies while adhering to all applicable laws. Clients in all Christie’s locations, including Dubai, are subject to due diligence in accordance with our anti-money laundering and sanctions compliance programme.”

Benedetta Ghione, the executive director of Art Dubai, the Gulf region’s leading art fair, says: “Since the pandemic, Dubai has been experiencing an economic boom, and an influx of wealthy people from all over the world—this includes international collectors, as well as artists.”

Dubai-based gallerists working with Russian clientele also speak of an unprecedented influx of Russians. Natalya Andakulova, who opened her eponymous gallery dedicated to Central Asian art in 2012, says Russians are registering interest. She explains that top Central Asian artists were trained in the same Soviet art schools as painters familiar to most Russians, but have distinct styles. “Relocants”—as those who have left Russia in recent months are called—are looking to “decorate their walls” and have become her main audience, she says.

Not all Russian art players are open to discussing their plans. Cosmoscow art fair, which had previously touted ties to Qatar and plans for Dubai, declined to comment, while Tatintsian Gallery, which became the first Russian gallery in the Alserkal Avenue cultural district of Dubai several months ago, did not respond to requests for comment. Tatintsian’s well-regarded Moscow venue has closed indefinitely.

Vera Alkhova, who runs a Russian-language Telegram channel covering the cultural scene in Dubai, Sharjah and Abu Dhabi, is about to open a creative space of her own. “Now half of Moscow is in Dubai,” she says. She moved here several years ago, drawn by what she describes as a “family friendly” atmosphere and one that is open to Russians, who are not ostracised for the war and mingle with Ukrainians, Kazakhs and Georgians in the city. “For real estate brokers it is a golden time,” she adds.