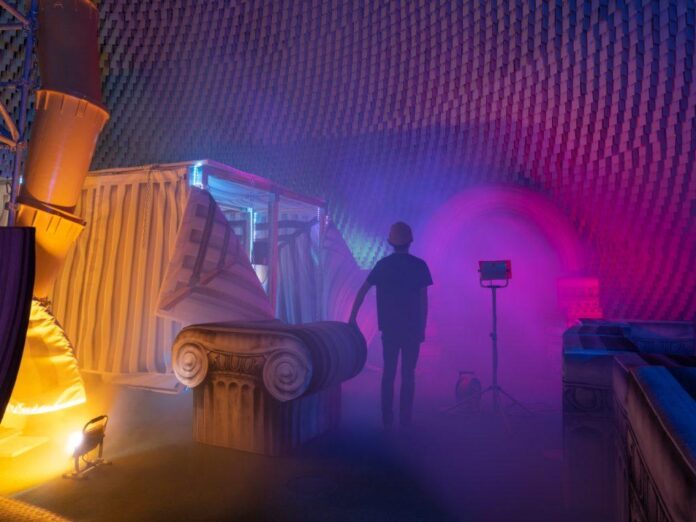 Since 2012, Audemars Piguet Contemporary, the cultural arm of the luxury Swiss watchmaker, has been commissioning site-specific works from artists such as Ryoji Ikeda at London’s 180 The Strand and Meriem Bennani on New York’s High Line. Now, for the occasion of its 10th anniversary and the inaugural Paris+ par Art Basel (October 20–23), the program has tapped Andreas Angelidakis for its first project in the French capital.

Although his training is in architecture, Angelidakis stopped designing physical structures in the early 2000s. Today, he describes himself as “an architect who doesn’t build,” and his art practice grapples with the idea of ruins via 3D virtual spaces. 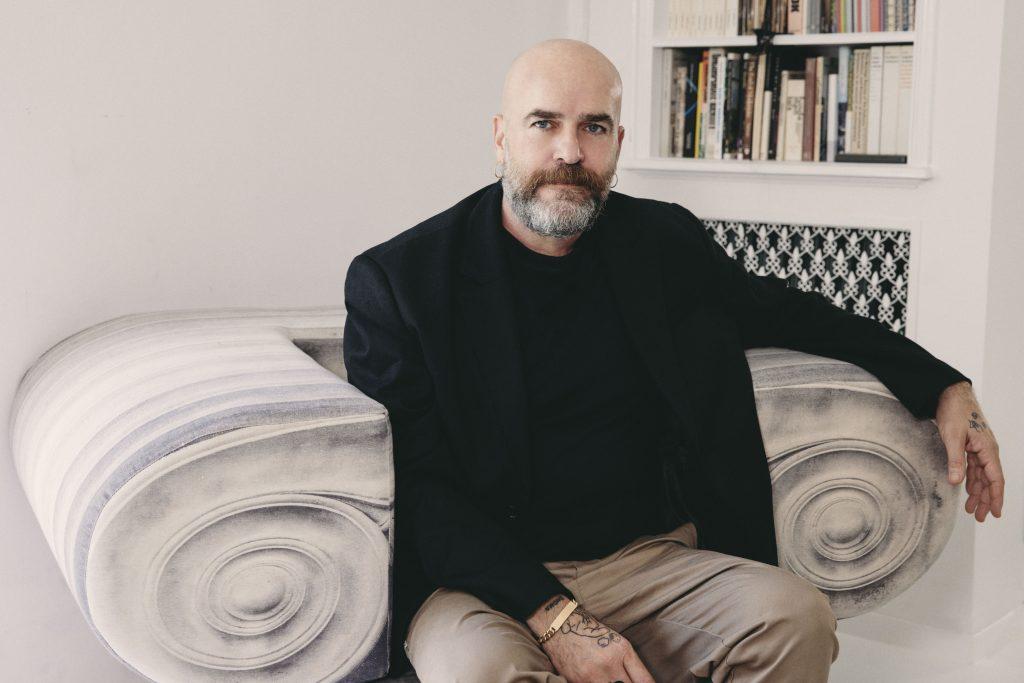 Andreas Angelidakis in his Athens studio. Courtesy of the artist and Audemars Piguet.

His work in Paris is IRL, however: Angelidakis has turned the interior dome of the Espace Niemeyer—the Modernist landmark designed by Brazilian architect Oscar Niemeyer in the 1960s—into (2022), an immersive installation that draws inspiration from the Temple of Olympian Zeus, which was the largest such structure in ancient Athens.

Dating back to 460 B.C.E. and completed by Roman emperor Hadrian in 131 C.E., the temple was destroyed and rebuilt throughout different eras of the city’s history; more recently, as a gay cruising area, the site has become part of the artist’s own personal history. “is both a metaphorical excavation into the history of Athens and into myself as an artist,” Angelidakis said in a statement. 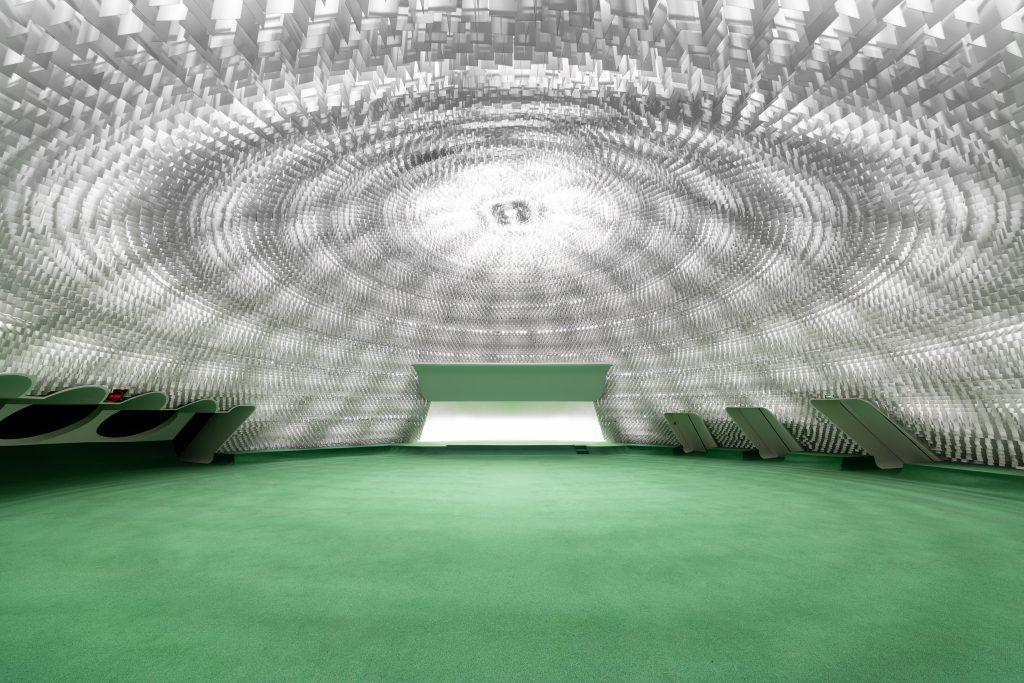 The installation appears to be both an archaeological site and a modern-day construction zone. At its center is a monumental Ionic column backed by scaffolding—a reference to Athens in both ancient and ca. Airbnb times—complete with a shipping container masquerading as a souvenir shop.

Like the temple, which stands today, Angelidakis’s column is surrounded by what appear to be ruins—perhaps of a society from the past, present, and future simultaneously. The column and furnishings look like they have been crafted from marble; nodding to the artist’s ongoing “Soft Ruins” series, they in fact consist of digitally printed fabric on foam. 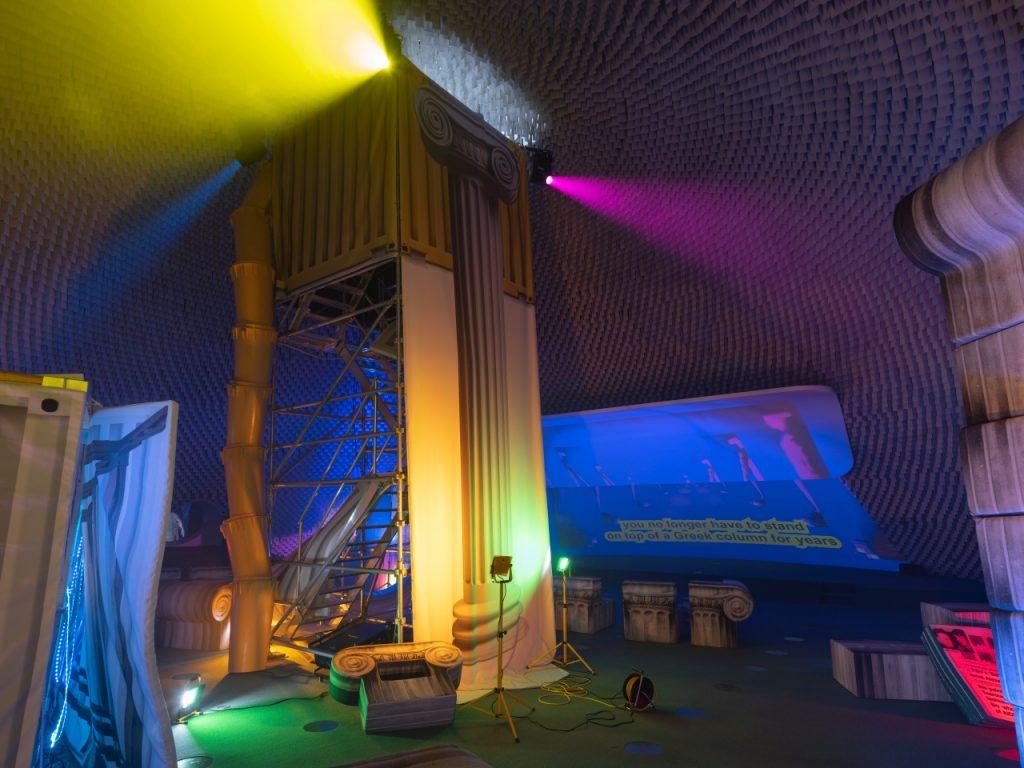 Courtesy of the artist and Audemars Piguet.

This being an interactive work, visitors are invited to flip through soft, oversized books featuring LGBTQ+ literature; they double as chaise longues that you are welcome to sit in. “I want to give visitors a playful environment for considering antiquity today,” Angelidakis said.

“It’s a whole system designed for a stylite, a type of monk from the early Byzantine Empire who lived on top of a pillar,” Angelidakis explained to Art Basel.

Such a monk once sat atop the Temple of Olympian Zeus; the hut was removed by the Greek government in the late 19th century, one of many historical erasures made during a period of national rebranding. Here, the stylite reappears as a series of statues and in a music video, dancing to Klaus Nomi’s cover of Donna Summer’s amid Ionic columns. Meanwhile, ambient lighting adds nightclub vibes all around. 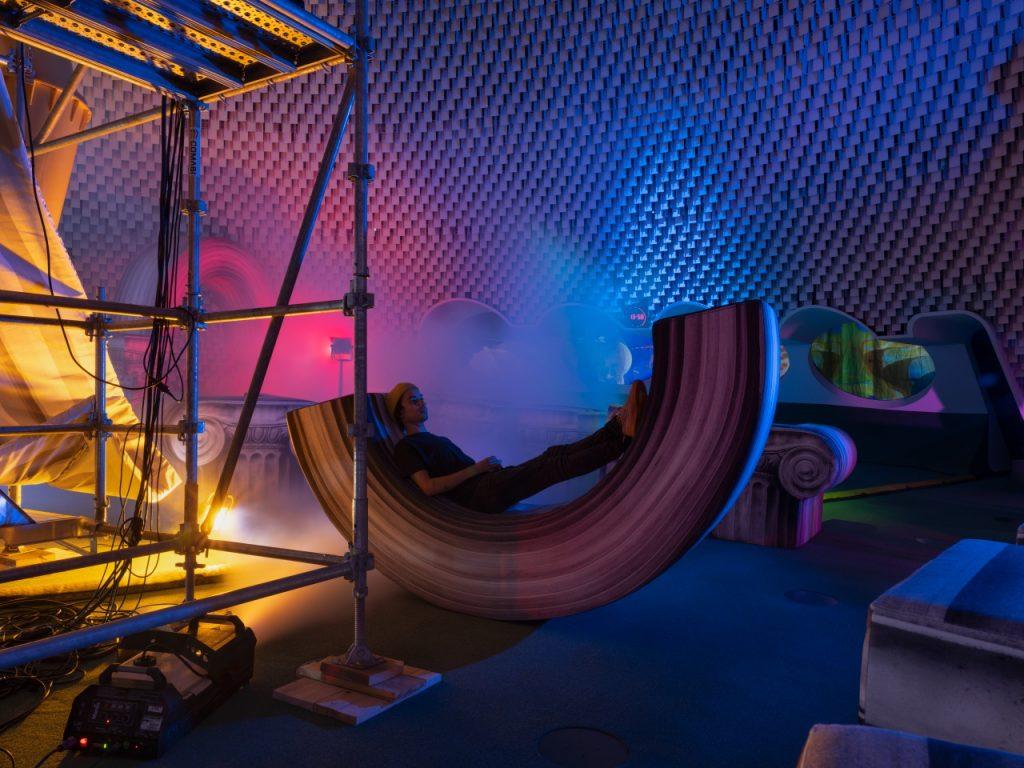 Courtesy of the artist and Audemars Piguet.

“We’re creating an atmosphere that people will have a hard time placing,” Angelidakis continued. “Is it daytime or nighttime?”

“Greek architecture as an aesthetic has been used in everything from gay bars to summer discos by the beach, to museums and parliaments,” he added. “But don’t come and expect to study.”

Center for the Critical Appreciation of Antiquity