Home News Sculptor Carol Bove Is in High Demand, Now With a Show at... 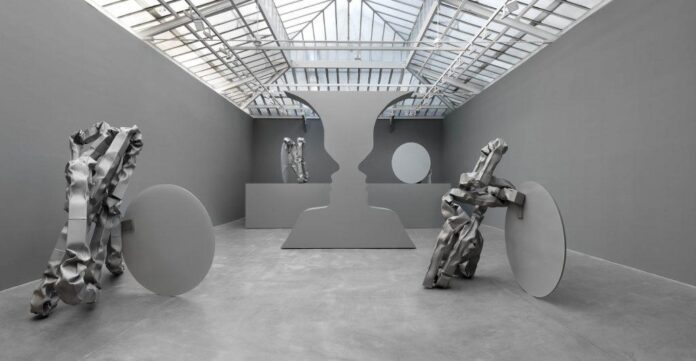 “Worth a trip to Paris just to see this mind bending show by Carol Bove so perfectly situated in its space that @diaartfoundation should buy it as a permanent installation,” the deputy director and chief curator of the Whitney Museum of American Art, told his 19,500 followers. “I can think of no artist of her generation using such rigorous formal questioning to peer into a universe more mystical and occult.”

The show in question, “Carol Bove: Vase/Face,” opened at David Zwirner’s new gallery just as hoards of collectors arrived in the French capital for Paris+, the new swanky fair by Art Basel.

Its title alludes to a monumental replica of a Rubin vase, an optical illusion developed by Danish psychologist Edgar Rubin a century ago, which can be seen as two heads facing each other in profile or just a vase. The towering structure at the center of the show, which may or may not be an homage to profile cutouts by Jasper Johns, is a prop; it’s not for sale.

I wonder what the Dia Art Foundation’s leadership thinks of Rothkopf’s suggestion. The four Vase Face works framed by Rubin’s vase are priced at $1.2 million and $1.8 million each, depending on the size. Together, the four would set one back $6 million. Representatives for Dia Art Foundation didn’t immediately respond to emails and calls seeking comment. A spokesperson for David Zwirner declined to comment.

At 51, Bove is considered a premier American sculptor working today. She participated in three Venice Biennales. Last year, she did a highly visible commission for the Metropolitan Museum of Art, which placed her alien-looking abstract forms into the alcoves along its Beaux Arts facade on Fifth Avenue. This was followed by a small solo exhibition at the Nasher Sculpture Center in Dallas, a solo booth at Zwirner during Frieze New York in May and, now, the Paris show at the precise moment when the City of Lights attempts to gain ground as the major art market center against its perennial rival across La Manche. 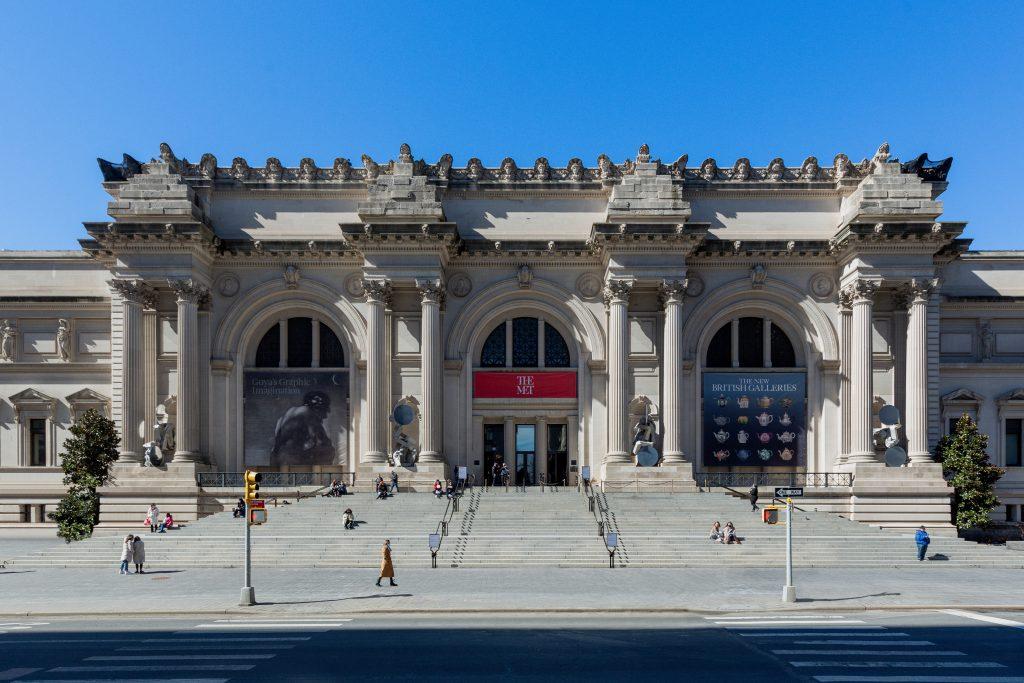 “She’s one of the most significant and interesting sculptors working today,” Catherine Craft, who curated Carol Bove: Collage Sculptures at the Nasher. Its exhibition catalog is illustrated with pieces from Alice Walton’s Crystal Bridges, the Long Museum in Shanghai, Glenstone Museum and private collections of museum trustees Henry Kravis, Lonti Ebers and Susan and Leonard Feinstein.

A throughline over the years has been the idea of our relation to reality and how we know what reality is. Bove crushes metal into rugged shapes, then paints them with pretty colors (de Kooning’s yellow, candy corn-orange) that make them look soft and malleable. She sandblasts unpainted stainless steel until the material resembles clay or painted surface. She polishes aluminum until it looks reflective like a mirror.

New York Times art critic Jason Farago compared the matte gray finish of rumpled steel tubes of Bove’s Met commission to “a pair of unpressed trousers.” Craft said that the challenge at the Nasher was to keep people from touching Bove’s sculptures.

“I had to resist myself,” she said. “Does it feel the way it looks? One of the things that is rewarding about her work is that kind of mystery or conundrum to figure out what you see. When you are with the object, even if you know how it’s made, you still have this disconnect between what you are seeing and what your brain is telling you what you are seeing.”

In Paris, the artist added laminated glass to her repertoire of materials, a nod to the glass of the 19th century skylights at the gallery. As Bove scales up, she also scales down. A group of smaller, colorful stainless steel pieces look like they’ve been made of something edible. All have been sold to private collections in Asia, Europe and America, according to Zwirner director Branwen Jones. Prices range from $300,000 to $500,000.

The gallery is in discussions with public institutions to place larger works, Jones said. (Bove’s works are in the permanent collections of major museums, including the Met, MoMA and the Whitney.) 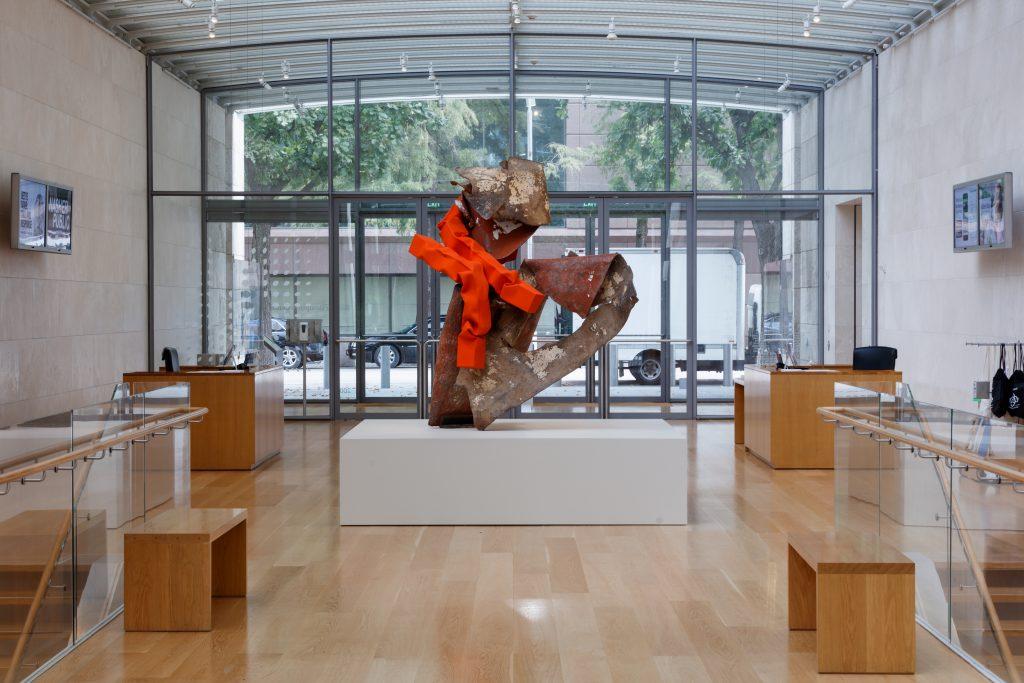 Also mysterious is the disconnect between the artist’s primary and secondary markets.

Bove’s primary prices are skyrocketing from less than $100,000 for a large sculpture in 2007, to about $400,000 a decade later, and now to $1.8 million. And collectors are clamoring for access to the new work. But Bove’s auction track record is surprising: just 66 lots, of which about a third failed to sell, according to Artnet Price Database. The highest price is $329,000 for a plexiglas panel lined with peacock feathers created in 2008. Similar works account for nine of Bove’s top 10 auction results.

Jones, who’s worked with Bove for 10 years, said she is “without a doubt one of the most sought-after sculptors working today. In our experience, collectors try to acquire, rather than sell, Carol’s work.”

Michele Maccarone, who first saw Bove’s work at Team gallery in early 2000s and represented her for more than a decade (in partnership with Zwirner between 2011 and 2017), was moved to tears while exalting “the magical sublime of the work.”

Maccarone said that everyone who bought Bove’s work from her later said it’s among their most favorite pieces. “Why would you sell something that has an aura of something sacred?” she said. “It almost doesn’t feel like it’s tangible. When you think about things that go for auction, you think about things that not just hold value but can be transacted. And her work doesn’t lend itself to feel like a transaction. It exists on another plane.”

Craft pointed out that the works often feel like “portals to some place else.” The immaterial and psychological layers create a delectable tension considering the extreme physicality of their origin. Bove’s studio occupies about 17,000 square feet in a former brick factory in Brooklyn’s Red Hook neighborhood. Framed by exposed brick walls and soaring ceilings, it’s full of heavy metal, chains, and machinery such as forklifts. 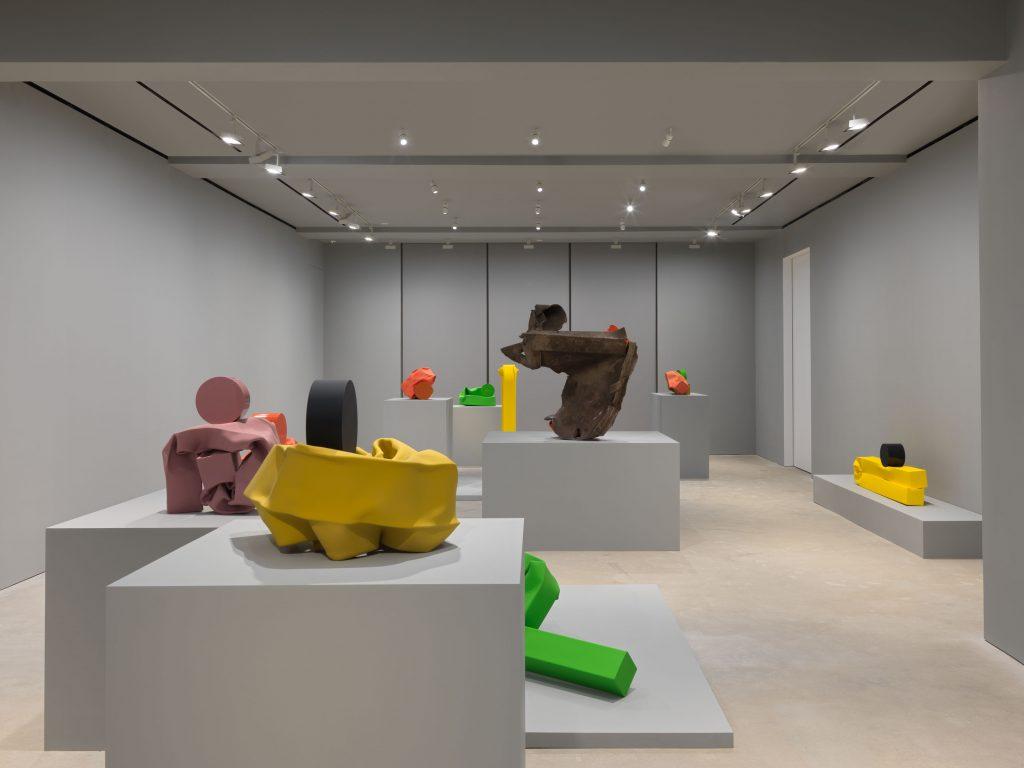 Bove’s work shifted throughout most of her career. Her “curated” early shelves gave way to curated shows, where she included works by other artists, often from the Bay area, where she grew up. She’s been constantly evolving and reconsidering her practice, according to collectors, dealers and curators who have worked with her.

“You can tell Carol Bove by its essence, spirituality, richness, but formally there’s a lot of disparate things happening,” Maccarone said.

This may have negatively affected her auction market, which likes predictability and consistency.

The scale of Bove’s recent works—which can be as high as 15 feet and often have a significant wingspan too—may be another factor affecting resales.

“I don’t think people acquire sculpture of that scale lightly,” said Ebers, a MoMA trustee who bought large-scale sculpture Nike I before it appeared at the Venice Biennale in 2019. “It’s not easy to manage. You are making a commitment in terms of space. You won’t find work like that traded quickly. It’s not like buying a small painting.”

The Most Prestigious Buildings for Architects to Design