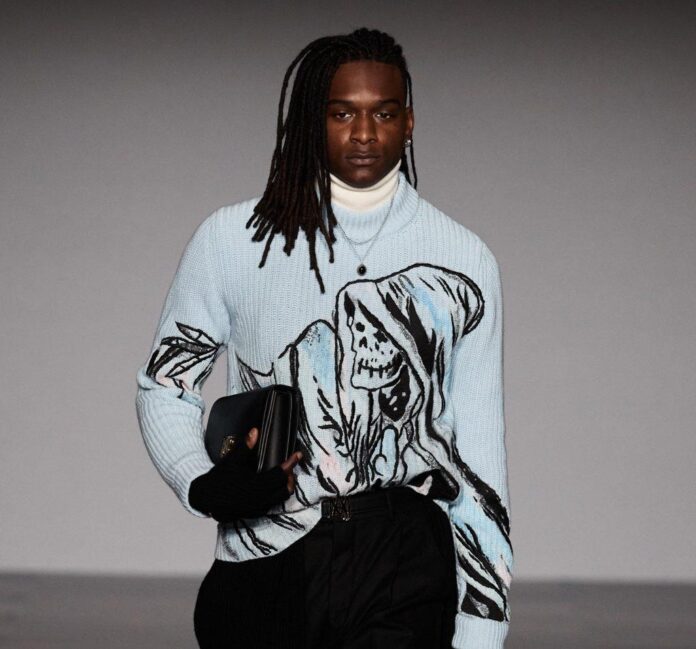 In January, before Amiri’s first hometown runway show commenced in Los Angeles, some feel-good aphorisms were projected on the wall. “All things are possible.” “Trust in your own greatness.” Then the lights dimmed and out came the grim reapers.

The hooded, scythe-wielding personification of death was a motif on a variety of shirts, sweaters, and outerwear. Elsewhere were werewolves, skeletons, and other assorted creeps and ghouls—all mainstay characters of the artist Wes Lang, who teamed up with the brand for its autumn-winter 2022 collection. 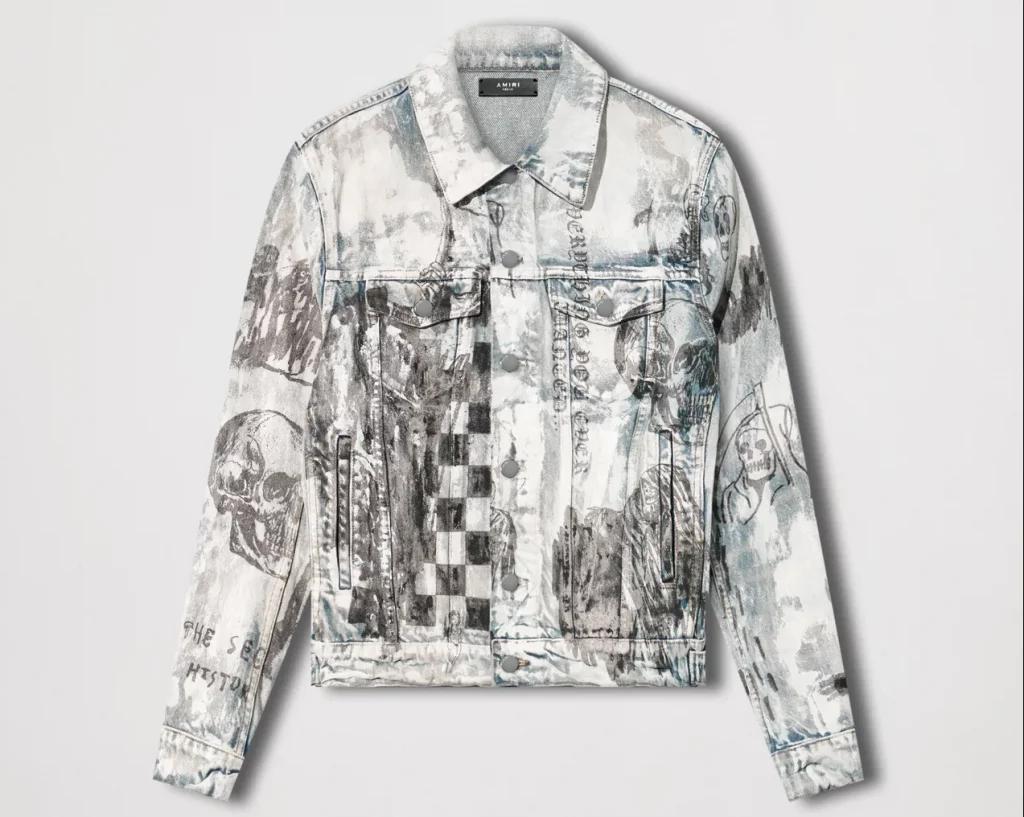 The first drop launches today. Lang (who wrapped a solo show at Almine Rech in New York in February) didn’t just collaborate on a few pieces; his universe is interwoven throughout. He also hand-painted some of the show’s outerwear and the runway’s mise-en-scène featured a range of his work. It’s a true melding of Lang’s studio and the Amiri atelier. More subtle Lang contributions include pieces with a paint-splatter effect. One doesn’t need to be an artist to look like one. 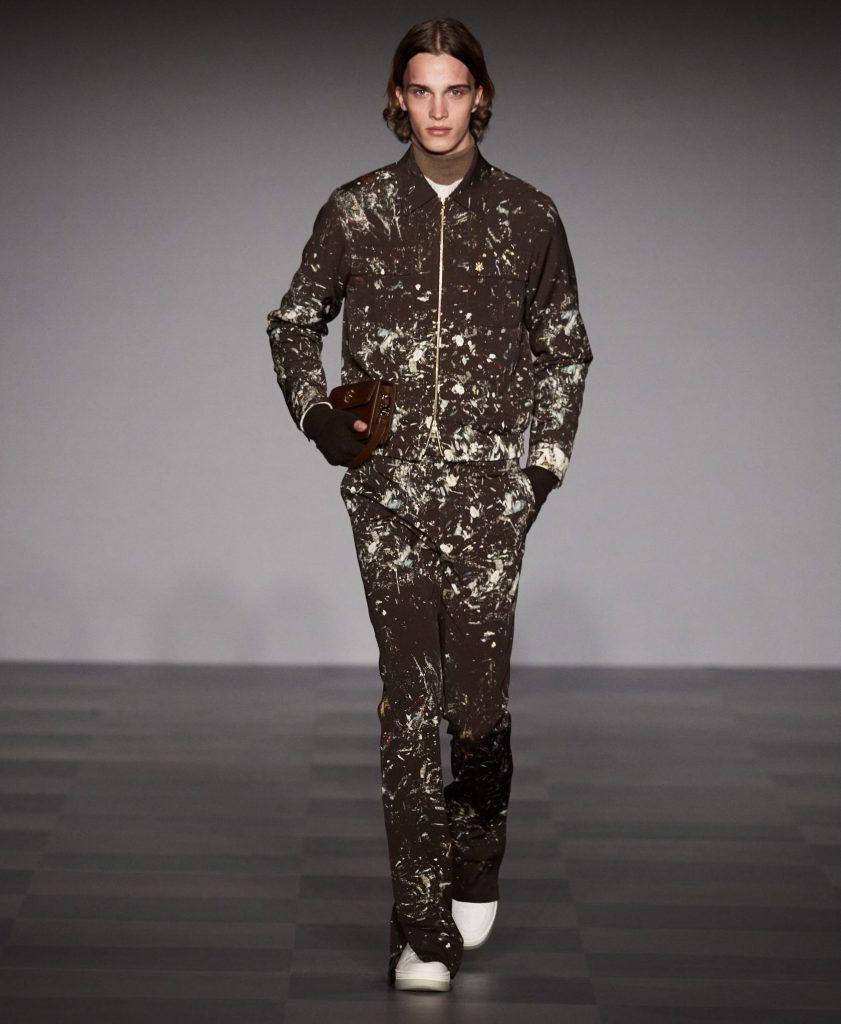 An abstracted paint-splatter look from the Wes Lang collaboration. Courtesy of Amiri.

Lang’s paintings and drawings are often populated with his spooky pantheon and adorned with cryptic, scrawled messages. His oeuvre lends itself well to Amiri’s broad audience, which can veer towards an upscale skate/surf/punk strain of California-after-dark. Amiri straddles the line between streetwear and fashion, but the namesake creative director, Mike Amiri, has been leaning toward the latter. His collection provided a foundation for Lang’s stylistic swerves with a Euro-chic assortment of generously silhouetted trousers, cardigans, and impressive coats. The juxtaposition of classic, almost preppy pieces with Lang’s goth-tinged flourishes makes it all the more subversive. 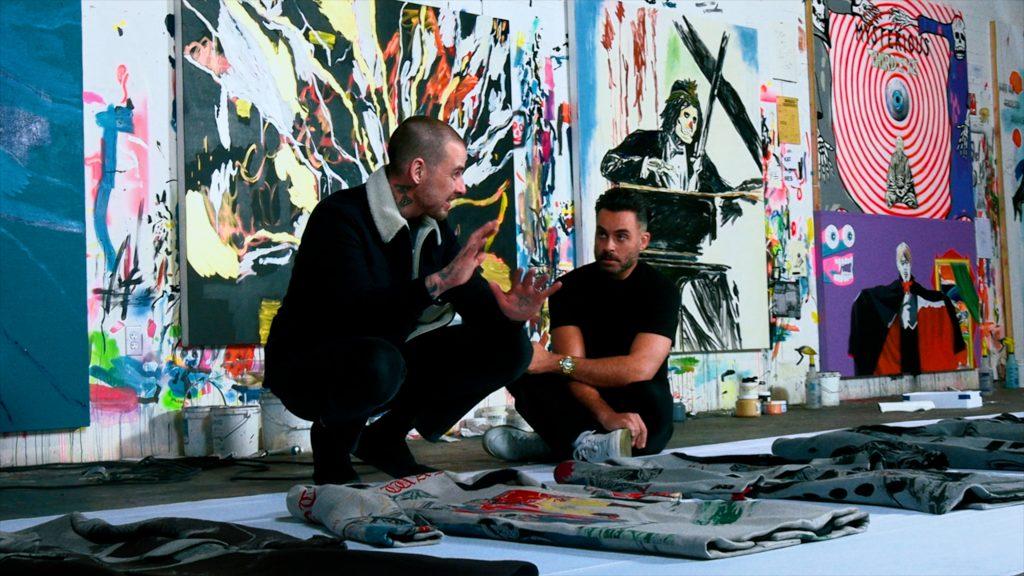 The artist Wes Lang plots the collection with Mike Amiri. Courtesy of Amiri.

The brand commissioned a brief making-of documentary, but the team-up is more thoroughly chronicled, from initial sketches to candid backstage images to the grand reveal, in the forthcoming Out next month from Rizzoli, the book consists of a vivid hardcover component plus two booklets that suitably resemble DIY black-and-white punk zines. 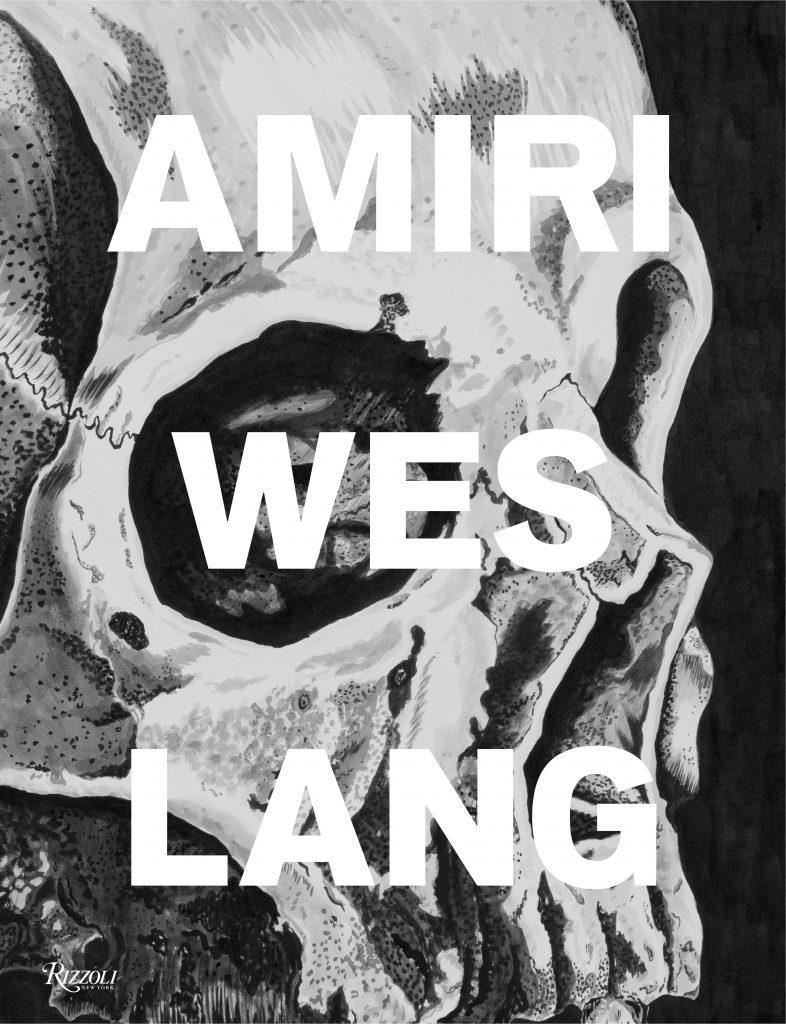 An impressive book documents the fomentation of the autumn-winter 2022 collaboration. Courtesy of Rizzoli. 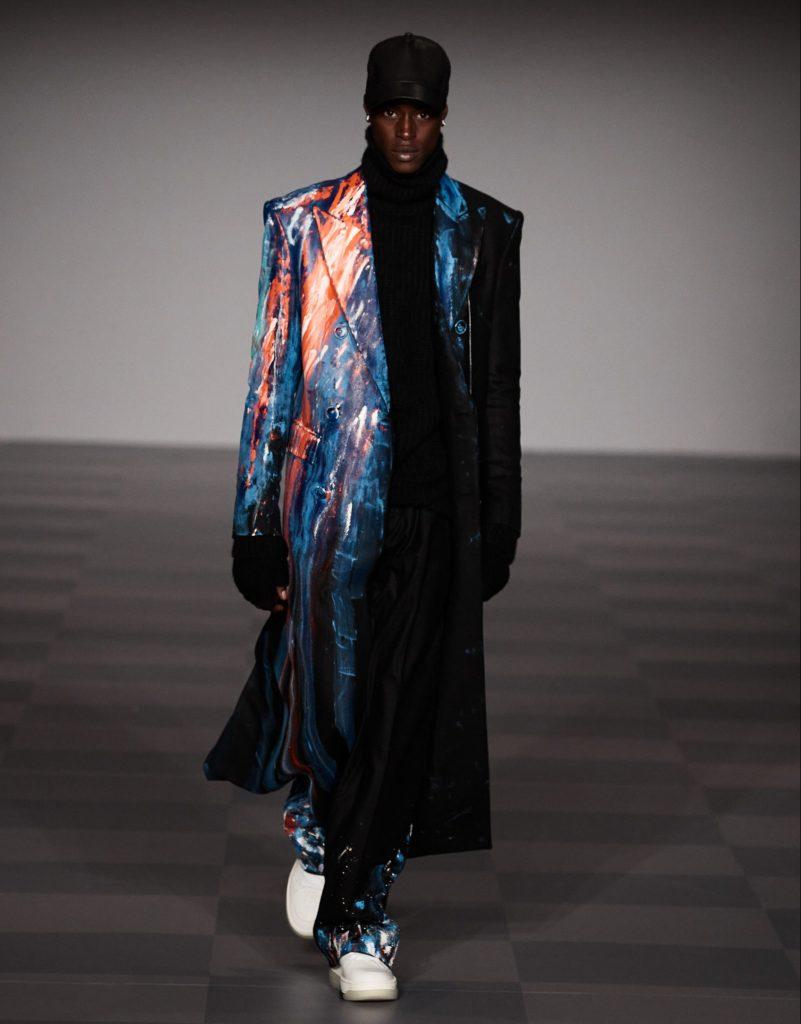 Wes Lang hand-painted some of the runway show’s outerwear. Courtesy of Amiri.

‘Germany has cancelled us’: As embattled Documenta 15 closes, its curators ruangrupa reflect on the exhibition—and what they would have done differently