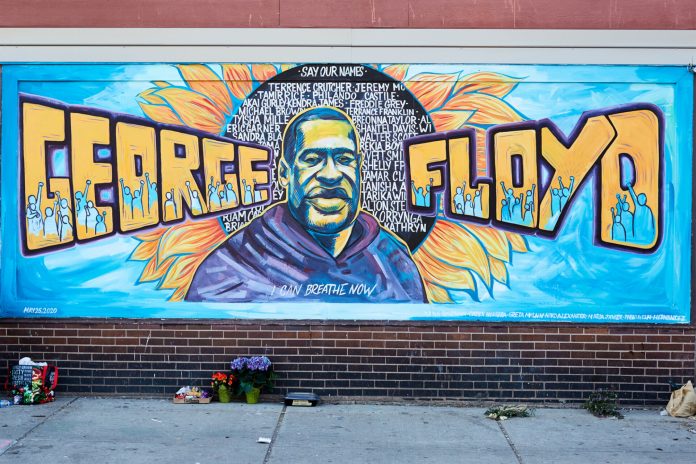 In honor of George Floyd, a Black man murdered by a White police officer in May, artists have been painting murals and sharing messages in what now is a global movement supporting the victim. From Minneapolis to Los Angeles to Syria, the public artworks are drawing attention to the horrific killing, in addition to the larger issue of police perpetrating state-sanctioned violence.

A collaborative project by artists Xena Goldman, Cadex Herrera, Greta McLain, Niko Alexander, and Pablo Hernandez, the Minneapolis mural centers Floyd within a sunflower. Herrera told Hyperallergic that the “idea was to depict Floyd not as a martyr but as a social justice hero.” He’s surrounded by the names of others killed by police, in addition to protestors. The 20-by-6.5-foot project is located near the Cup Foods where Floyd died.

We’ve gathered some of the most recent projects below, including work from Syrian artists Aziz Asmar and Anis Hamdoun, Fayetville-based Octavio Logo, and Barcelona-based Tvboy. (via Artnet News)

A message that was flown over Detroit by Jammie Holmes 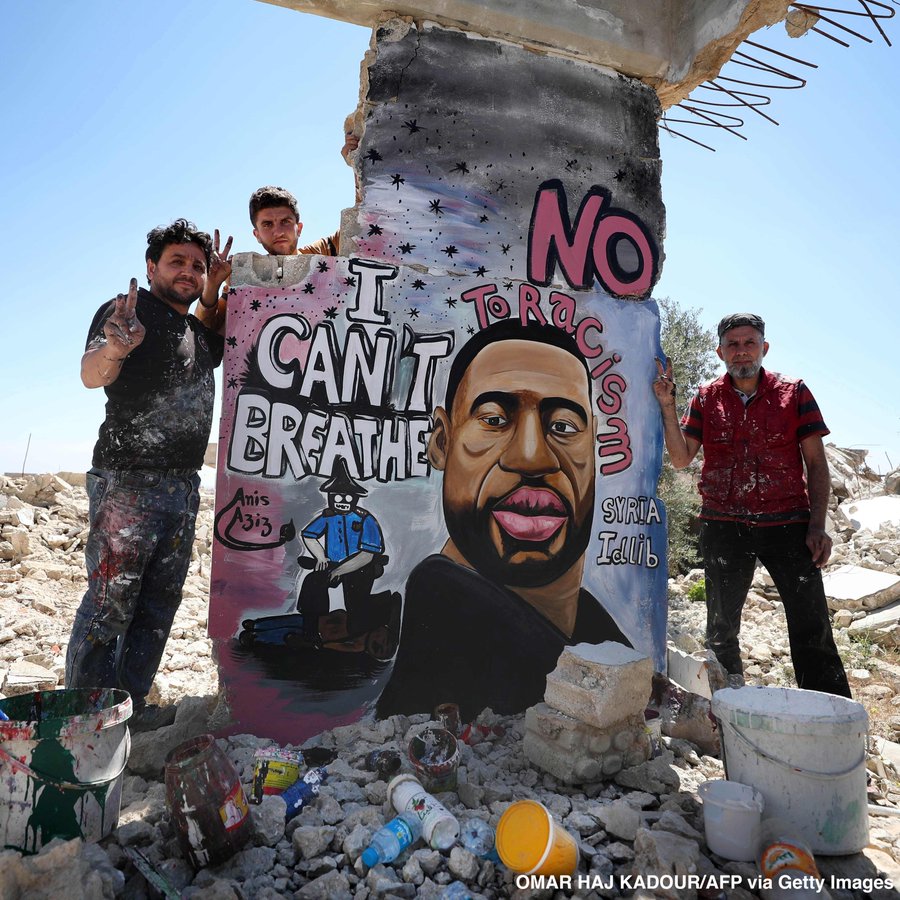 A mural by Jesus Cruz Artile, also known as Eme Freethinker, in Berlin