Home News Canadian foundation will give more than $150,000 to artists of Ukrainian heritage 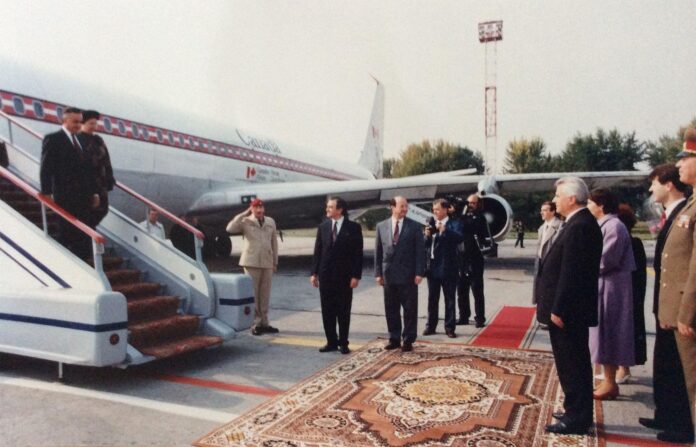 With war raging in Ukraine and Canada being home to many of Ukrainian descent, including the late former governor general (1990-95) Ray Hnatyshyn, the Ottawa-based Hnatyshyn Foundation announced Wednesday (17 August) it will give out 20 awards of C$10,000 (around $7,760) each—officially the “Ukraine-Heritage, Spirit and Future” awards—with ten of those going to Canadian performing artists of Ukrainian heritage and the other ten earmarked for those from Ukraine who have recently been displaced. Visual artists have previously been honoured by the foundation, but this time, according to a spokesperson, “It was the decision of the foundation to help performing artists.”

Winners will appear at a fundraising gala and concert on 16 September 2023 at the Jubilee Auditorium in Edmonton, Alberta, a city that boasts a large Ukrainian community of approximately 150,000, more than any other Canadian city. Little wonder hockey legend Wayne Gretzky was so well received there.

The foundation, created by Ray Hnatyshyn and his wife Gerda in 2002, is looking to honour performers in some ten categories, everything from traditional choral music and dance to modern vocal and classical performance. Only younger performers, those 35 years and less, are eligible.

“This special awards program recognises the deep roots of the Hnatyshyn family in both Canada and Ukraine,” says Gerda Hnatyshyn. “With Russia’s war on Ukraine, we wanted to use our 20th anniversary year to celebrate the vibrancy and resilience of Ukrainian culture, identity and spirit—here in Canada and in Ukraine. We want our programme to strengthen ties between artists.”

Yulia Kovaliv, Ukraine’s ambassador to Canada, was touched by the foundation’s plan, saying, “We are grateful to the Hnatyshyn Foundation for recognising and celebrating Ukraine’s rich cultural legacy in Canada and for providing solidarity and support to Ukrainian artists even as Russia wages unjustified war on Ukraine, its people, history and culture.”

The foundation has previously supported visual artists, notably in 2017 when it awarded 150 Indigenous artists C$10,000 each to mark the 150th anniversary of Canada. Among the recipients that year was Laakkuluk Williamson Bathory, who took home the prestigious Sobey Art Award in 2021. Other honourees were Christi Belcourt, a Metis visual artist, Mi’kmaq artist Alan Syliboy and Todd DeVries, a Haida cedar bark weaver.

Applications for the 2022 awards will be accepted online on the Hnatyshyn Foundation website until 19 September, with results to be announced later in autumn and prizes awarded in early 2023. Proceeds from the September 2023 concert gala will serve to restore or rebuild a cultural facility in Ukraine.