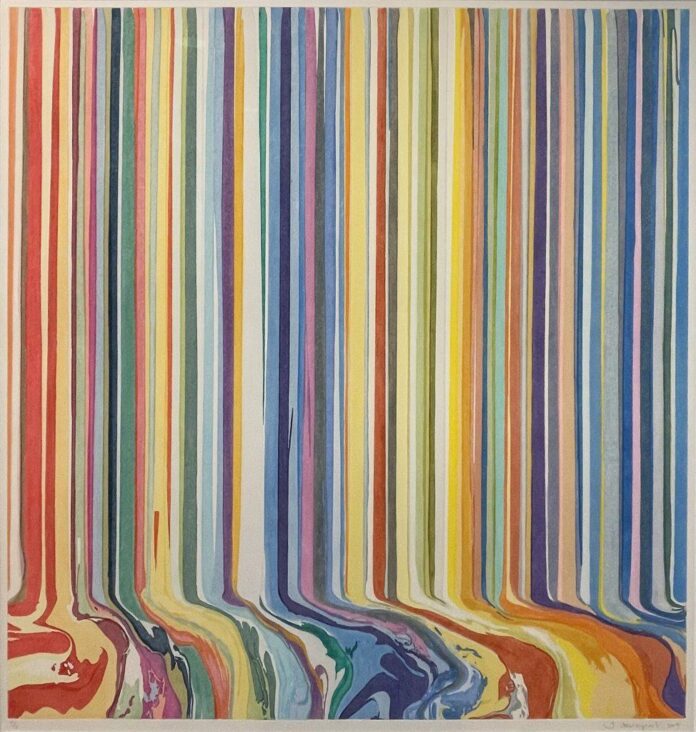 Live now through October 13, Artnet Auctions’s Premier Prints & Multiples sale brings together masterpieces in a range of media, from screenprints and monoprints to etchings and sculptures. The sale is also chock full of some of England’s most notable artists, including Francis Bacon, Banksy, Ian Davenport, Lucian Freud,  David Hockney, Harland Miller. Julian Opie, and Bridget Riley. We asked our team of Prints & Multiples specialists to tell us about five of these iconic British artists and their work. 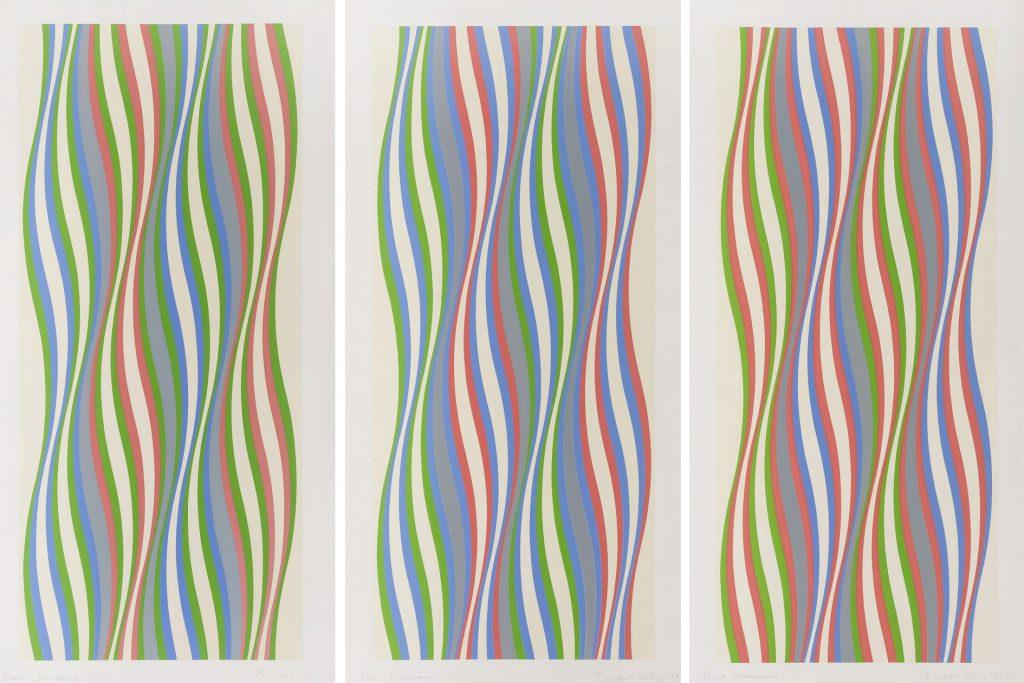 “These three prints were created by Bridget Riley at Pace Prints during the mid-stage of her career, when she incorporated the bright hues and dynamism for which she is known. In this set of three screenprints, Riley alternates the colors green, blue and red in identical compositions. The static lines suggest a propulsion, swirling and vibrating like a sonic dance. This set is a prime example of the dizzying qualities characteristic of the vanguard Op Art movement, in which she was a key figure.” —Jannah Greenblatt, senior specialist 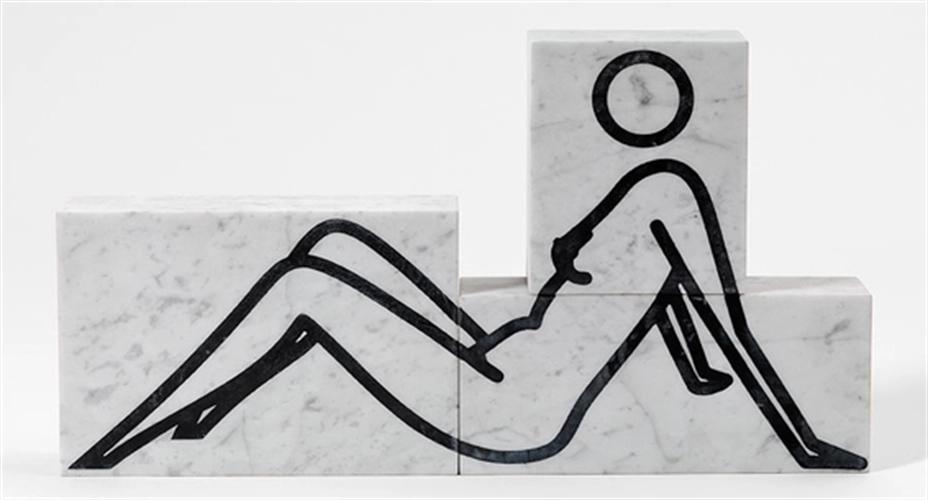 “The story behind this small-editioned sculpture is really quite interesting. While visiting Whitechapel Gallery in East London the artist would pass by a showroom of engraved stones on Brick Lane. The showroom belonged to Elfes, a firm of Jewish monumental masons and one of the oldest suppliers of Jewish memorials in the U.K. It was here that Opie noticed this ancient way of drawing on stone: the line is first cut and sandblasted out, and the groove filled with lead, which is then hammered by hand. This project, three separate pieces of marble set next to and atop each other, was produced at Elfes in collaboration with Beyer Projects, and remains one of the few multiples that the artist has done in marble.” —Conner Williams, head of Prints & Multiples 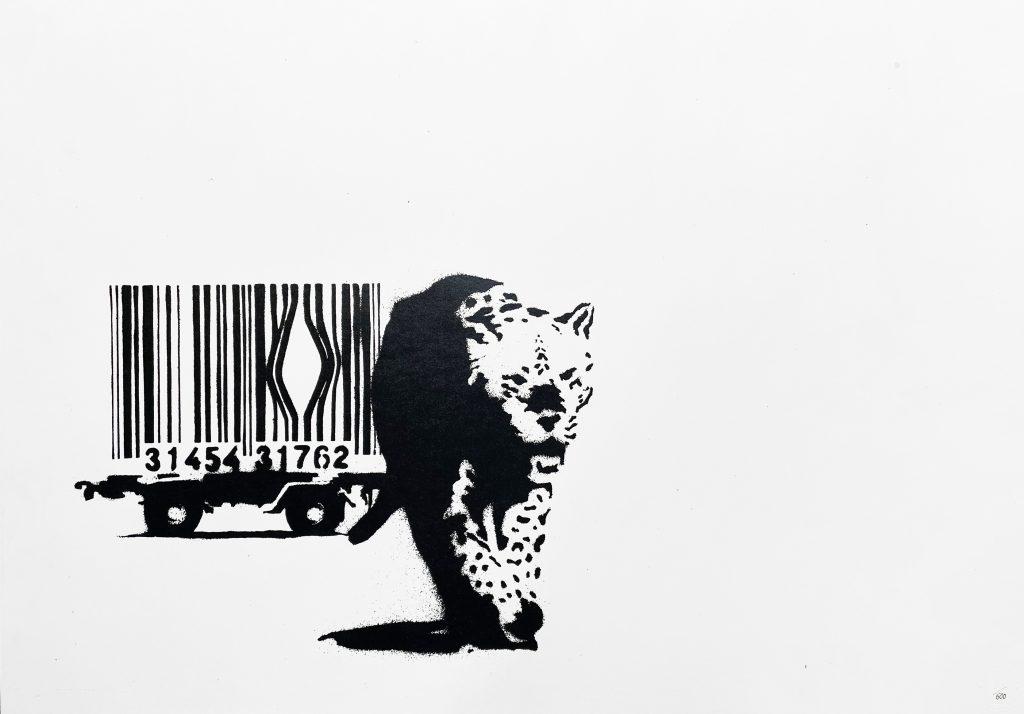 “First appearing on the side of a house in Bristol, England, Banksy’s Barcode is an early print by the artist that is a commentary on both the unethical commercial trade of exotic animals as well as modern society’s confinement within consumerism. Ironically, the artist’s relationship with capitalism is in stark opposition to the increasingly strong demand for his works in the secondary market.” —Lauren Whitton, specialist 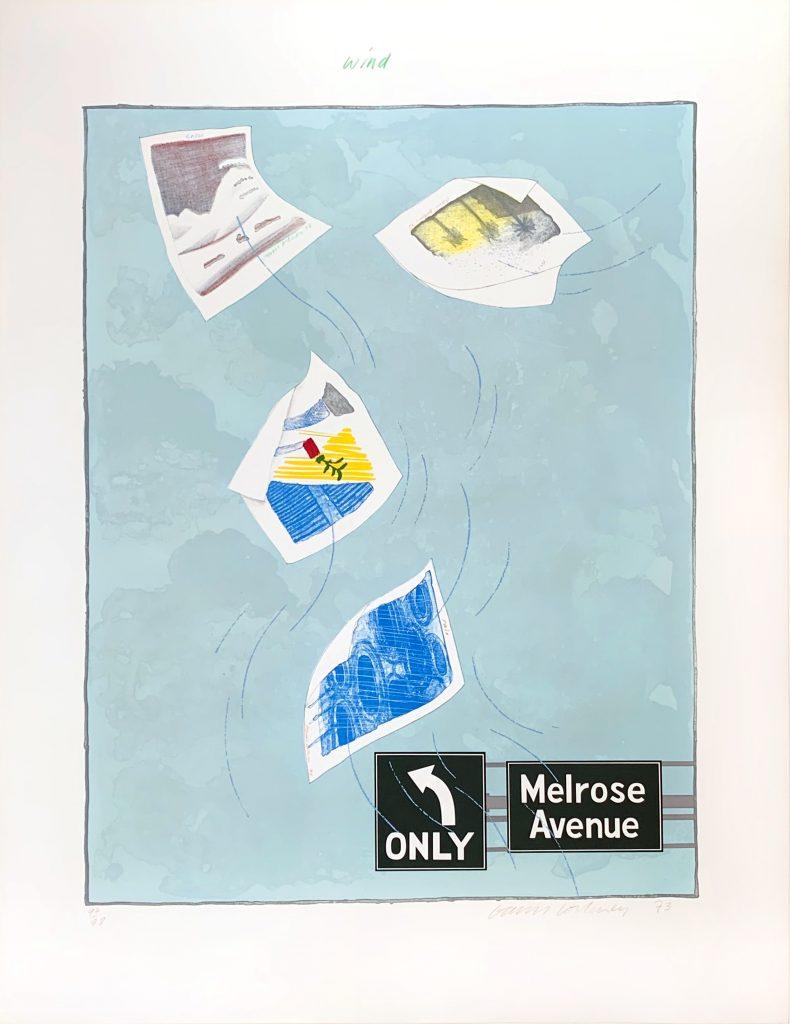 “Inspired by Katsushika Hokusai’s Edo period ukiyo-e woodblock prints while on his first visit to Japan in 1971, Hockney embarked on creating his pivotal Weather series prints. The group, published in 1973, encompasses six large-scale lithographs and screenprints (three of which are included in this sale). Wind, however, stands as a nod to the prolific collaboration between Hockney and master printer Kenneth Tyler of Gemini Ltd. in Los Angeles. The Melrose Avenue street sign, where Gemini is located, is depicted prominently in the foreground. This work also includes particular references to Hokusai’s Ejiri in the Suruga Province, by employing the use of tossed sheets of paper drifting in the wind. Look closely and you’ll see that Hockney has slyly included other works from the series on these sheets. Their drift accentuates the natural movement and breeze while also hinting at themes of mass circulation of imagery in society.” —Diego Arellano, junior specialist 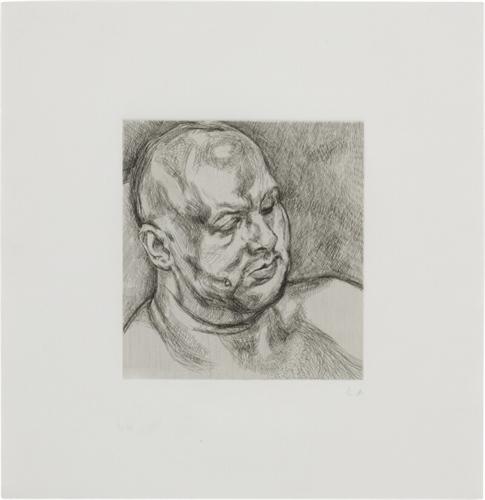 “This year marks the centenary of Lucien Freud’s birth, with retrospective shows at London’s National Gallery and elsewhere to honor the celebrated artist. In this beautiful etching created in 1992, Freud rendered in rich tonalities his friend the artist Leigh Bowery, a subject he painted frequently during a four-year period up until Bowery’s sudden death in 1994. Here Bowery’s head is seen from above, eyes softly closed in seeming introspection. In keeping with his painting style, Freud would draw directly on the copper plate while observing his sitter.” —Sylvie François Sturtevant, specialist

The Mayor of L.S. Lowry’s Hometown Implores Wealthy Athletes to Buy a $9 Million Soccer Painting by the Artist to Keep It in a...