Latin American art has had a strong collector base for many years.  In the past few years, its growth can be attributed to the rise in global collecting and the revaluation of traditional collectibles in the market.

A key shift in the practice of auction houses, which began to include valuable work by Latin American artists in major contemporary art evening sales, drew a new audience – and buyers – to the work. In 2018, as a result of Christie’s sale of the Peggy and David Rockefeller collection, Mexican muralist Diego Rivera’s Rivals (1931) received $ 9.76 million, more than the preliminary estimate of $ 7 million.

Two years earlier, the highest price ever paid for a Rivera was reached. Then, Argentine financier Eduardo F. Costantini bought Baile en Tehuantepec in 1928 for $ 15.7 million in a private deal through Phillips.

Rivera and Frida Kahlo, whose auction record is $ 8 million after her 1939 painting Two Nudes in the Woods (The Earth Itself) was sold in 2016 at Christie’s, maybe some of the most recognizable names but others are now also getting a tribute to the sale.

In recent seasons, new landmarks have been set for 20th-century representatives of Latin American art, including Wifredo Lam (his 1943 OMI OBINI painting, sold at Sotheby’s in June 2020 for $ 9.6 million) and Joaquin Torres Garcia (his 1931, Construcción en Blanco set a new record of $ 3.4 million at Sotheby’s in May 2019).

Surrealist women from Latin America such as Remedios Varo, Leonora Carrington, and Leonora Feeney, whose accomplishments have long been underestimated, have also seen renewed interest and higher prices.

Latin American artworks made between the 15th and 18th centuries, also known as the art of the Viceroyalty, while the region was colonized by Spain, far exceed auction ratings as the scholarship expands in this period of art history.

Latin American art is gaining a place on the global art scene. It happens with the support of not only artists, but also curators, collectors, and museums.

So, who are the most important collectors of contemporary Latin American art? 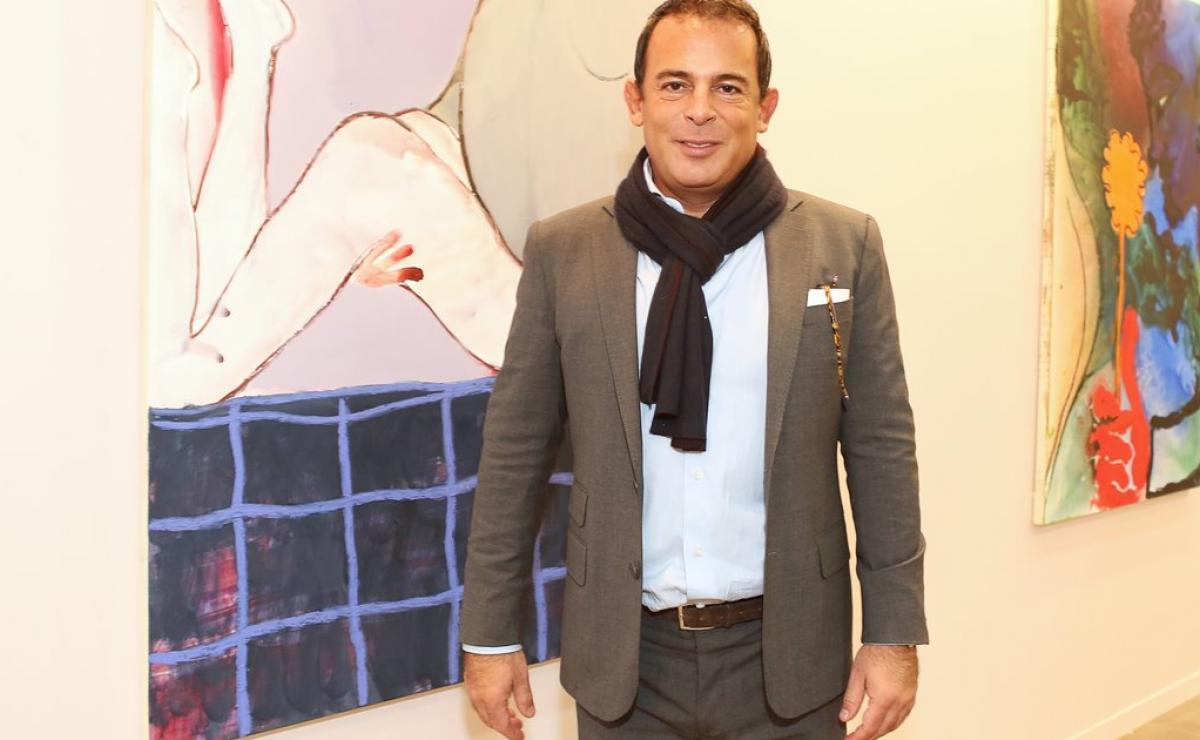 In the 90s, Eugenio Lopez Alonso bought a painting by the Mexican artist Roberto Cortazar.

Since then, he has become one of the most active art collectors in the world, collecting over 2,500 works of art, including Mexican artists such as Gabriel Orozco, Damian Ortega, and Gabriel Curi.

In 2013, he found a new home for his Colección Júmex, in the Museo Jumex, designed by David Chipperfield, in downtown Mexico City. The move, motivated by López Alonso’s desire to make his private collection available to the public, aimed to introduce Mexicans to a more global perspective on contemporary art. 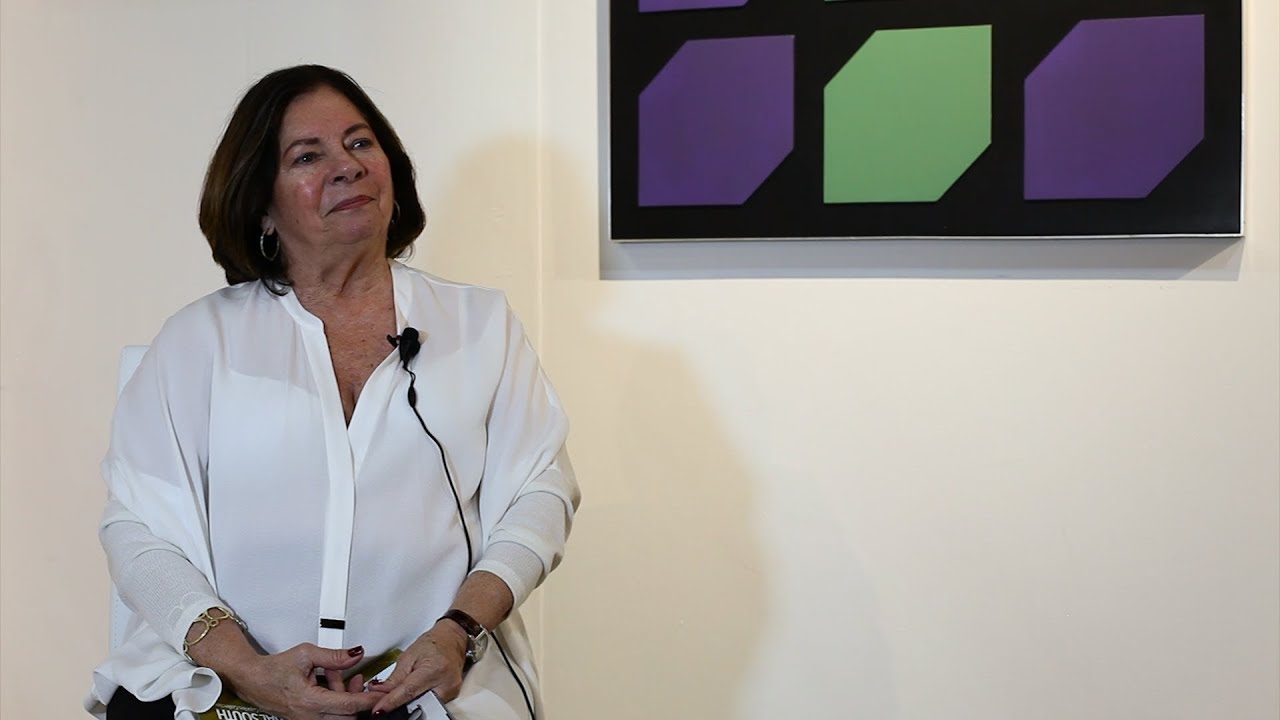 It amazed visitors with a huge number of outstanding Latin American artworks of art on display, giving a rare opportunity to see such works as “Woman with a Bird” by Wilfredo Lama (1955), “Abstract Composition” by Matta (1949), “El Nunzio” by Fernando Botero (1962) and ” Still Life with Lemons ”by Diego Rivera (1916).

The Tanya Capriles de Brillembourg collection showcases how representatives of Latin American Art living in Europe in the 20th century made great contributions to the Cubist, constructionist, and surrealist movements that emerged at that time. This comparative, intercontinental approach has helped the Venezuelan art collector make an important revaluation of the Latin American art landscape. 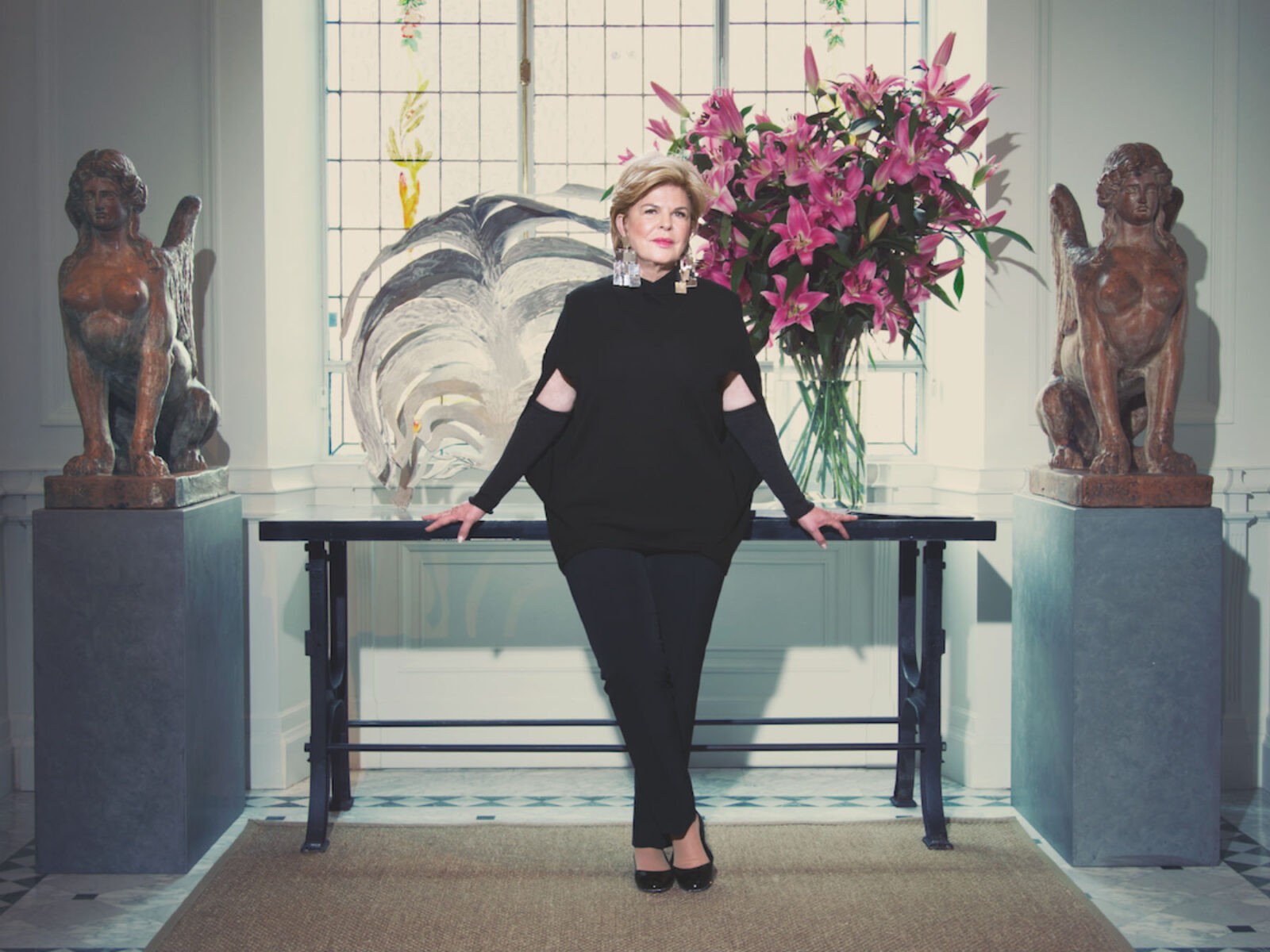 Ella Fontanals-Cisneros, a native of Cuba, is a prominent supporter of contemporary Latin American art, whose contributions to the art world include the 2002 launch of the non-profit Cisneros Fontanals Art Foundation (CIFO) in Miami.

The foundation allows her to manage her collection, as well as organize annual exhibitions in the CIFO art space. For example, the recent Global Permit / Prácticas Globales: Latin American art from the Ella Fontanals-Cisneros Collection, featuring works by artists such as Lygia Clarke, Ana Mendieta, and Oscar Muñoz.

This collection also aimed to explore artistic practice in Latin America in the context of economic globalization. Initially, the exhibition coincided with Art Basel in Miami Beach and then went to the Museum of Fine Arts in Boston. An important milestone for the museum, the exhibition is the first-ever exhibition entirely dedicated to contemporary Latin American art. 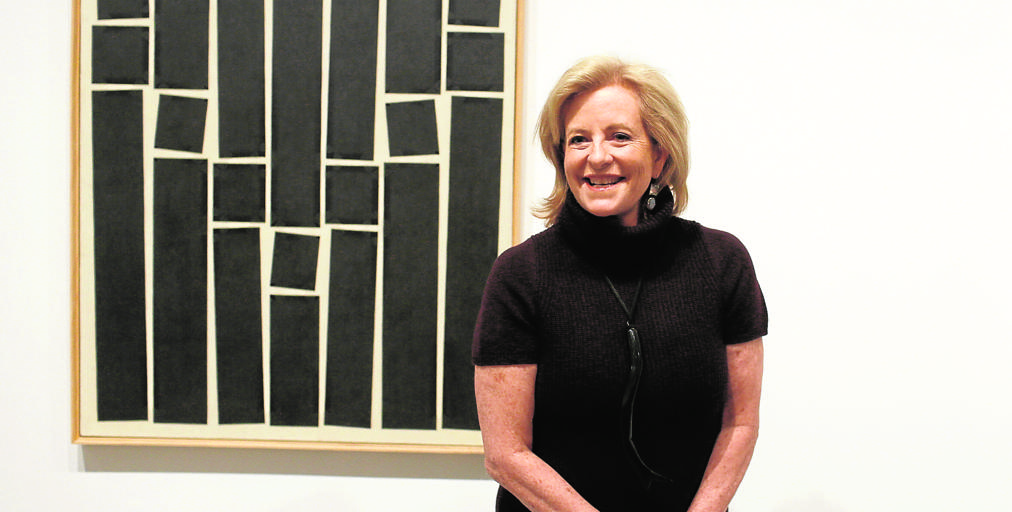 The influence of Patricia Phelps de Cisneros cannot be underestimated; she was a founding member and chairman of the MoMA Latin American and Caribbean Foundation; Founding Patron of the Reina Sofia Foundation in Madrid; and member of the Tate Latin American Procurement Committee. Her famous collection has been shown around the world.

A recent pit stop took place at the Royal Academy of Arts, which hosted an exhibition entitled “Radical Geometry: Contemporary Art in South America,” based solely on the Venezuelan’s own collection. The originality of the artworks on display dating back to the 1930s opened up a perspective of Latin American art. 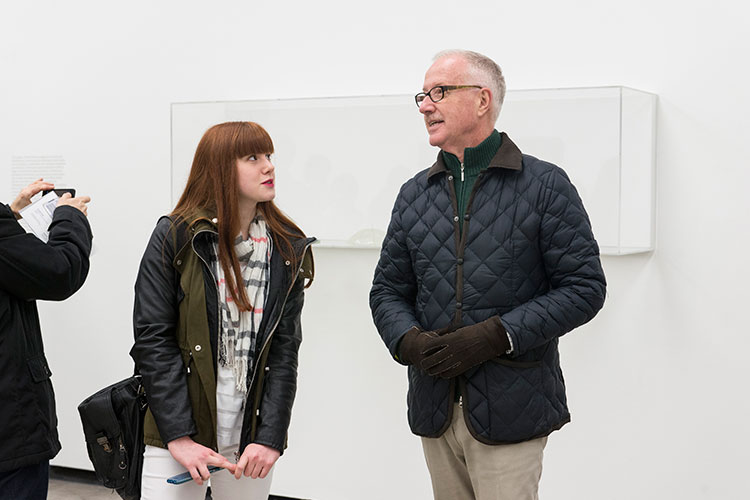 Argentinean Mauro Herlitzka – co-director of the Pinta Art Fair; an exhibition that attracts museums and collectors from all over the world and introduces the diverse spectrum of Latin American artworks.

But Gerlitzky’s involvement in contemporary Latin American art extends much further. In addition to being a member of the MoMA Acquisitions Fund for Latin America and the Caribbean, he is also the chairman of the Fundación Espigas and its Visual Art History Documentation Center, an organization committed to preserving and distributing documents relating to the history of Argentine Fine Arts.

The ex-president of the arteBA Fundacion, a highly acclaimed art fair based in Buenos Aires, Herlitzka is an important ambassador for the Latin American art scene as someone who is obviously an astute observer of the global art market. 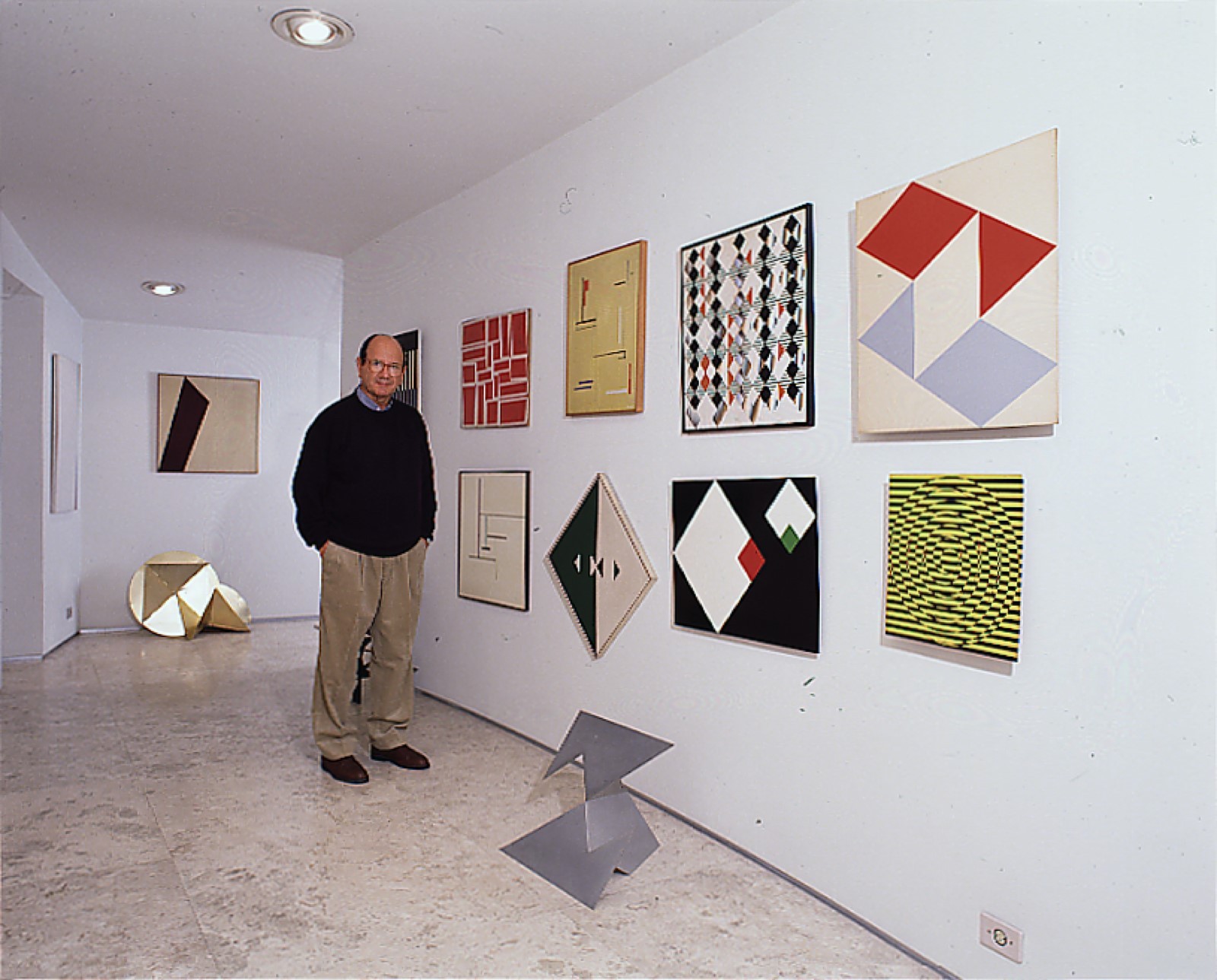 There is an extensive collection of Brazilian constructive art by Adolfo Leirner in the Museum of Fine Arts in Houston.

Leirner was born in São Paulo in 1935. He first encountered the international constructionist movement while studying in England in the early 1950s. Shortly after that, he returned to his homeland, where he began to discover and support Brazilian geometric abstraction.

Although Leirner’s collection is currently on display in several countries, it debuted in Europe in 2009 at Haus Konstruktiv in Zurich. The main attractions of the exhibition Measuring Constructive Art in Brazil – Adolfo Leirner Collections were Elio Oiticica’s Vermelho cortado o Branco (1958), Valdemar Cordeiro’s Visible Idea (1956), and Rhythmic Object No. 2 by Mauricio Nogueira of Lima. ‘(1970). 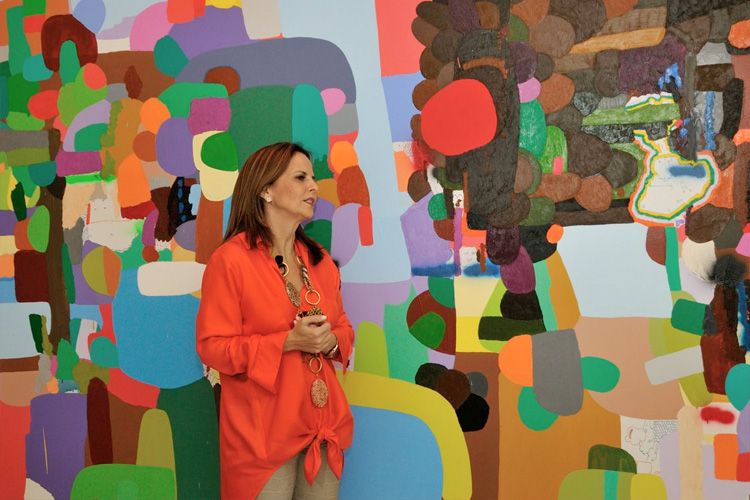 Her passion for art was nurtured in Caracas by her parents, both of whom had a passionate interest in Latin American art collecting.

Since 1985, Mishaan has tirelessly supported and promoted contemporary Latin American art around the world. Her portfolio as a patron is hard to match. Through her participation in numerous prestigious galleries and art fairs, her significant influence can be felt from Bogota to Jerusalem, from London to Madrid.

Notably, Mishaan founded MISOL. It is a Bogota-based foundation dedicated to promoting young representatives of Latin American art. She helped to start the careers of many artists such as Guillermo Cutica, Alfredo Jaar, Juan Araujo, and Mateo Lopez. 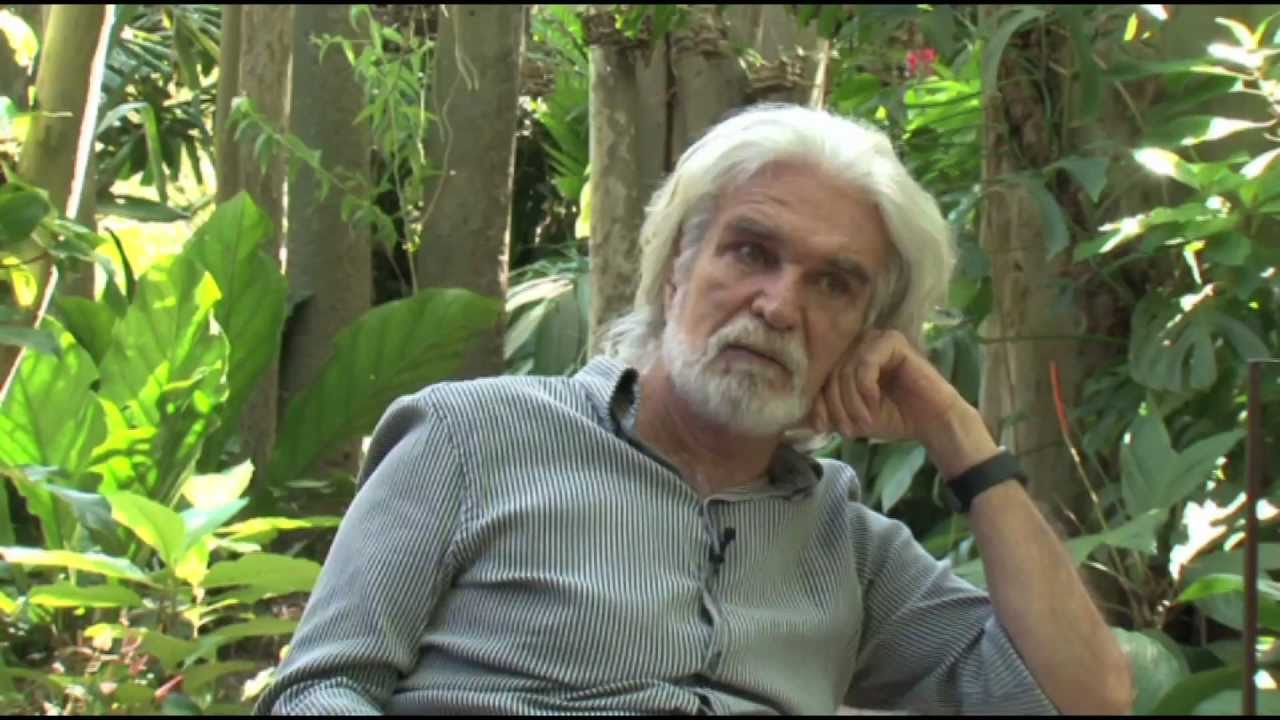 Deep in rural Brazil, close to Belo Horizonte, is one of the most vibrant repositories of contemporary art in the world. Inhotim is a giant sculpture park that combines specific art and natural landscape.

The mastermind of this creation is Bernardo Paz. He is a collector of unconventional Latin American artworks of art who is unconditionally called a visionary. This idyllic garden, where wildlife interacts with technology-driven interactive art and cutting-edge sculptures and installations, provides a unique atmosphere in which visitors can experience the work of renowned artists such as Doris Salcedo, Yayoi Kusama, Thomas Hirschhorn, Tunga, and Olafur Eliasson.

Ultimately, Paz believes that Inhotim plays an important role in the community and cultural identity of Belo Horizonte. 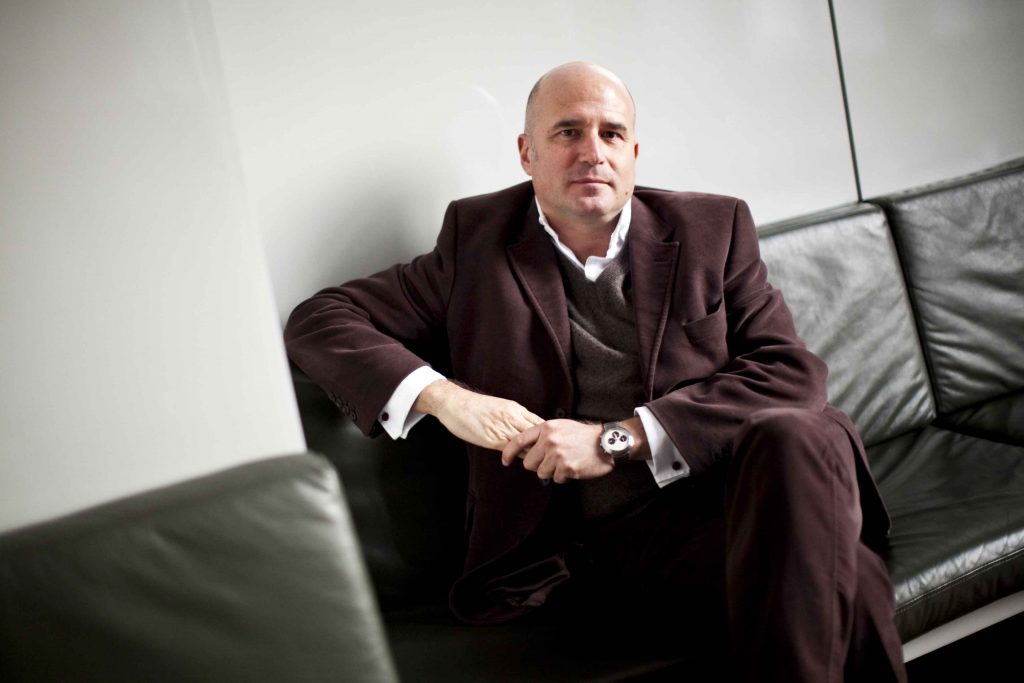 Juan Carlos Verme actively promotes the Latin American art collecting culture in his home country of Peru. He is one of the members of the MoMA Procurement Committee for Latin America.

Verme took it upon himself to actively defend Peru’s museums and galleries, considering them churches to be cherished and cherished. By insisting on updating MALI, which now boasts a comprehensive collection of Peruvian art, Verme has helped educate the world about contemporary Peruvian artists such as Giancarlo Scaglia, Jose Carlos Martinat, and Ishmael Randall Weeks. 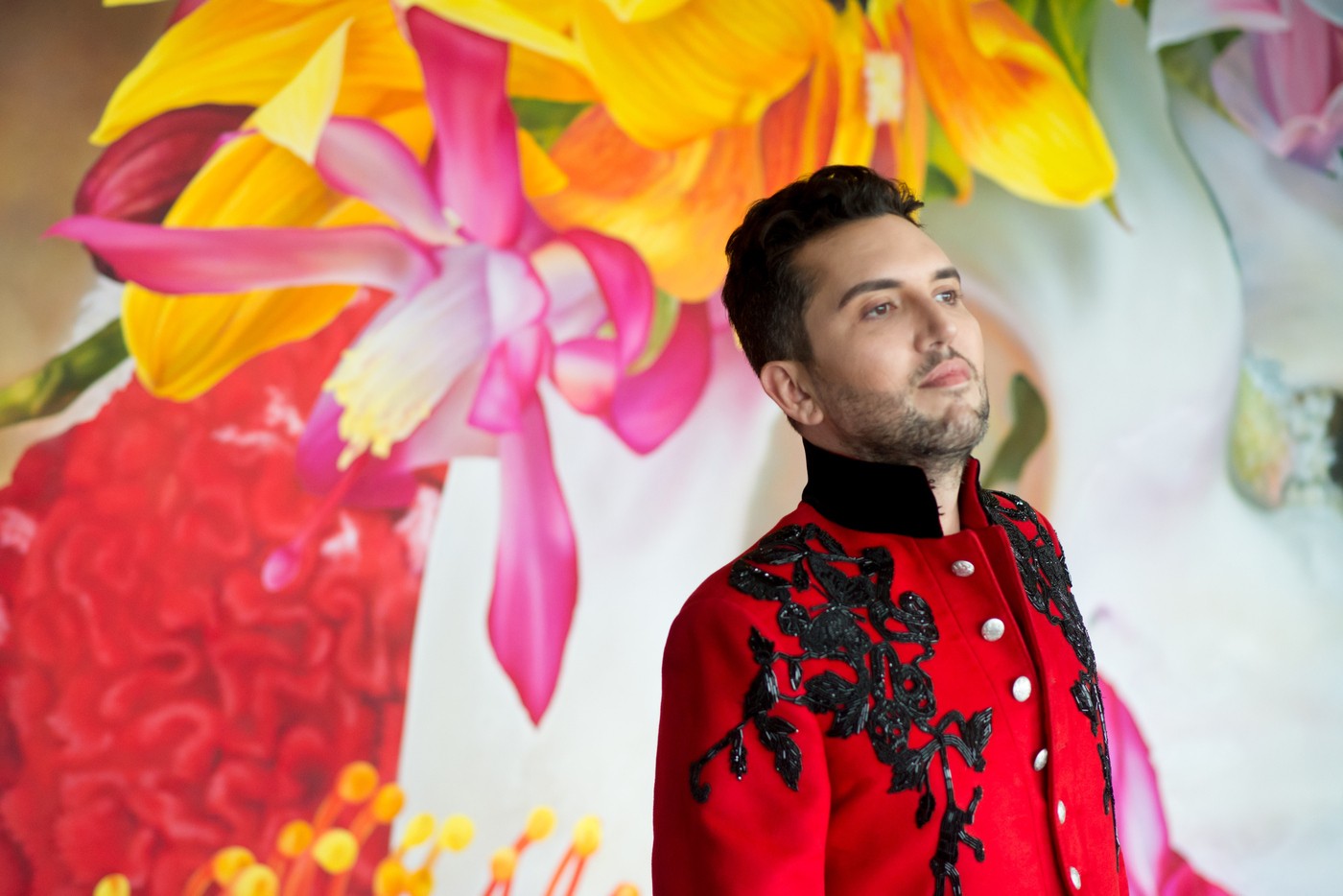 He is the youngest member of the Latin American Acquisition Committee at the Tate Modern. His interest in Andy Warhol`s works was his first entry into art collecting.

Together with Cecilia Brunson, he founded the non-profit Fundación AMA. It promotes young Chilean artists through overseas residencies every year.

Recently, the Museo de Art Contemporáneo (MAC) in Santiago hosted an informative exhibition based on its Juan Yarur Collection: A Personal Story, featuring local artists such as Magdalena Atria, Paz Errazuris, and Josefina Gilisasti. The Yarur collection is dedicated to a new generation of Chilean artists, whose creativity and work are far from strangling the Pinochet dictatorship.

Museum in Germany To Restore The Rimini Altarpiece To New Splendour