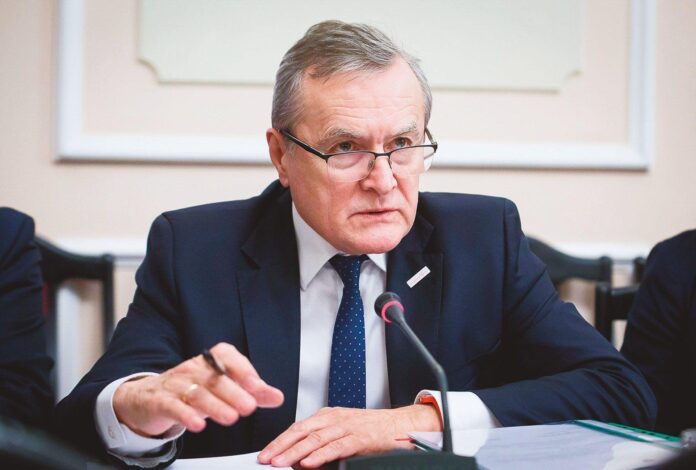 The New York-based human rights organisation Artistic Freedom Initiative (AFI) says it will launch litigation “challenging Poland’s interferences into the arts and cultural sector” at the European Court of Human Rights and the EU Court of Justice. The move follows a publication of a 100-page report by AFI, Cultural Control: Censorship and Suppression of the Arts in Poland, which outlines the governing Law and Justice Party’s (PiS) attempts to allegedly “suppress free and open artistic expression”.

One of the most concerning developments is the alleged takeover of the Museum of the Second World War in Gdańsk, which opened early 2017. PiS officials took issue with the “museum’s holistic approach of showing the collaboration, resistance, and victimisation of broad groups of peoples—Poles, Ukrainians, Croats, Serbs, Jews and Roma, among others”, says the AFI report.

A month after opening, the Supreme Administrative Court of Poland upheld the right of the PiS-led government to merge the Museum of the Second World War with the Westerplatte Museum, enabling the Ministry of Culture to dismiss and remove Paweł Machcewicz as director. The Ministry of Culture refused to hold an open competition for the directorship and instead appointed the party-approved Karol Nawrocki to the position, says AFI (Nawrocki stood down in 2021). The Museum of the Second World War is subsequently reorienting towards depicting Polish heroism, says Sanjay Sethi, AFI’s co-executive director.

Artists are subsequently feeling the effects of PiS interference. “Both Poland’s blasphemy and defamation laws have seriously constrained creative expression in the country,” says the report. “Both [laws] give enormous power to right-wing non-state actors to file suits against artists that challenge Catholic or nationalist historical beliefs,” says Sethi.

“The artists we interviewed in the report have specifically talked about the chilling effect of these laws,” he adds. An ongoing case of defamation involves the artist Bartosz Staszewski, who posted signs stating “LGBT Free-Zone” at the entrance of PiS-aligned municipalities that passed resolutions declaring themselves free from “LGBT ideology”. The AFI report says that Staszewski has been the subject of four “absurd defamation lawsuits”.

The Warsaw-born artist Michał Frydrych reflects on the Polish government’s position on arts and culture. “The cases of persecution of artists by the state apparatus are connected not only to religious or LGBTQ freedom, but also to the arts as a vehicle for political activism,” he says, referring to his re-enactment of Tadeusz Kantor’s 1967 performance The Letter in 2020 which involved 11 artists and activists. The work highlighted “government plans to run ghost elections by post only, thus raising doubts as to the validity of the vote”. Attendees of the performance were later fined by the Health Inspectorate.

However, Frydrych says there are new developments. “Certain freedoms and institutions were preserved and reclaimed in 2022; the Museum of Modern Art Warsaw was taken out of the reach of government officials, becoming a fully municipal institution [and more autonomous],” he says.

Along with its strategic litigation, AFI has also launched an advocacy programme designed to put pressure on Poland to change its culture policies at the EU, Council of Europe and the United Nations. The aim is to build an international consensus, prompting Poland to repeal and decriminalise its blasphemy and defamation laws. The Polish Foreign Ministry was contacted for comment in relation to the issues discussed but it did not respond.

Reasons Why It’s So Important To Preserve Artifacts Properly