Home News Ai Weiwei on Why He Made a New Work to Support His... 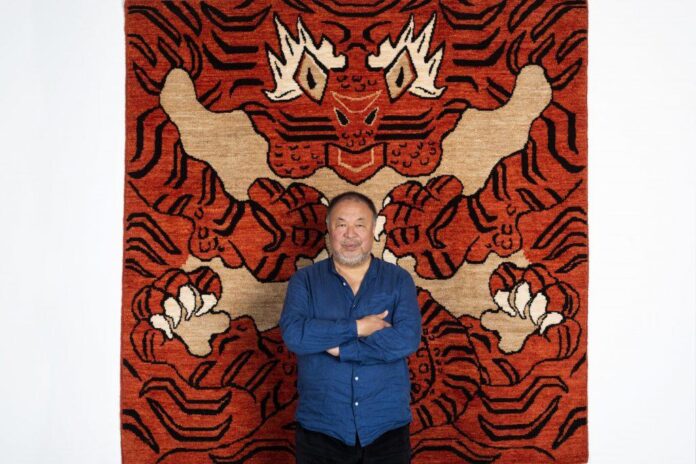 The World Wildlife Fund is honoring the Year of the Tiger—and its initiative to double wild tiger numbers—by teaming with twelve artists, including Raqib Shaw, Reena Saini Kallat, and Gary Hume, for the latest edition of “Tomorrow’s Tigers.” The charity exhibition of limited-edition art rugs goes on view at Sotheby’s London on November 24-29.

Ai Weiwei is the big star of the occasion. He contributes Tyger, the only one-of-one rug in the sale. Other works in “Tomorrow’s Tigers” are available in editions of ten, all taking the form of traditional Tibetan tiger rugs.

Rug master Christopher Farr oversaw the production of all the works across “Tomorrow’s Tigers,” including Ai’s. Master weavers from Turquoise Mountain in Afghanistan were tapped to craft Ai’s standalone work, which is made from traditional Ghazani wool with natural colors from flowers like saffron, yellow larkspur, and madder.

is priced at £150,000, while prices for the other rugs in the sale are being finalized. Proceeds will benefit tiger conservation across 13 countries, from India to Vietnam. Since 2018, the “Tomorrow’s Tigers” project has raised over $780,000. 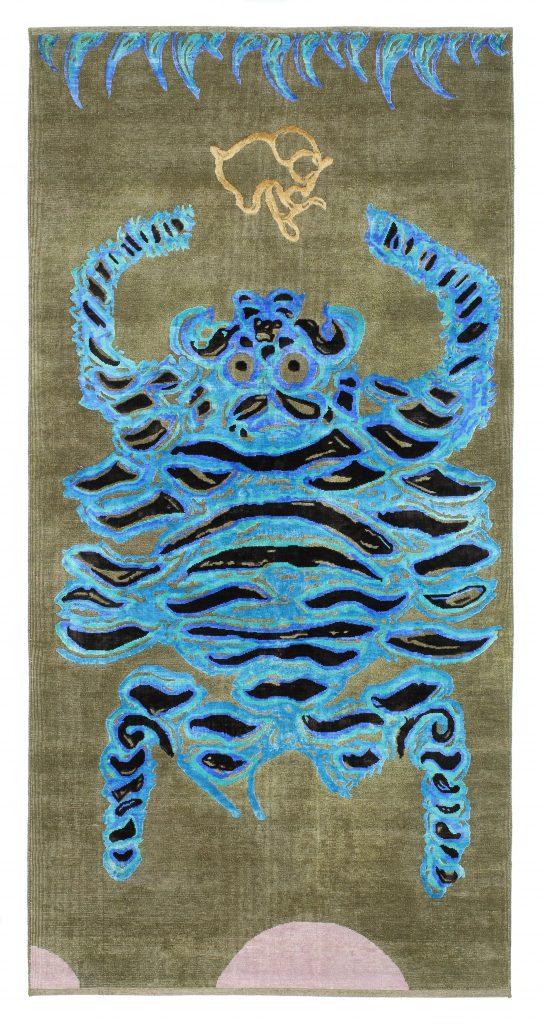 Ai told Artnet News that his interest in tigers dates to when he was still living in China. But an important moment came in 2015, when he started filming (2017), a documentary about the global refugee crisis. While working with Four Paws International in Gaza, “we rescued several animals who were dying because of food deprivation,” he recalls. Footage he captured of a near-death tiger named Laziz has been seen in several of his exhibitions.

On still another trip to Mexico, Ai witnessed lions and tigers at an animal rescue center. “They were captured, kept in captivity, exploited for entertainment, and then abandoned,” he recalled. 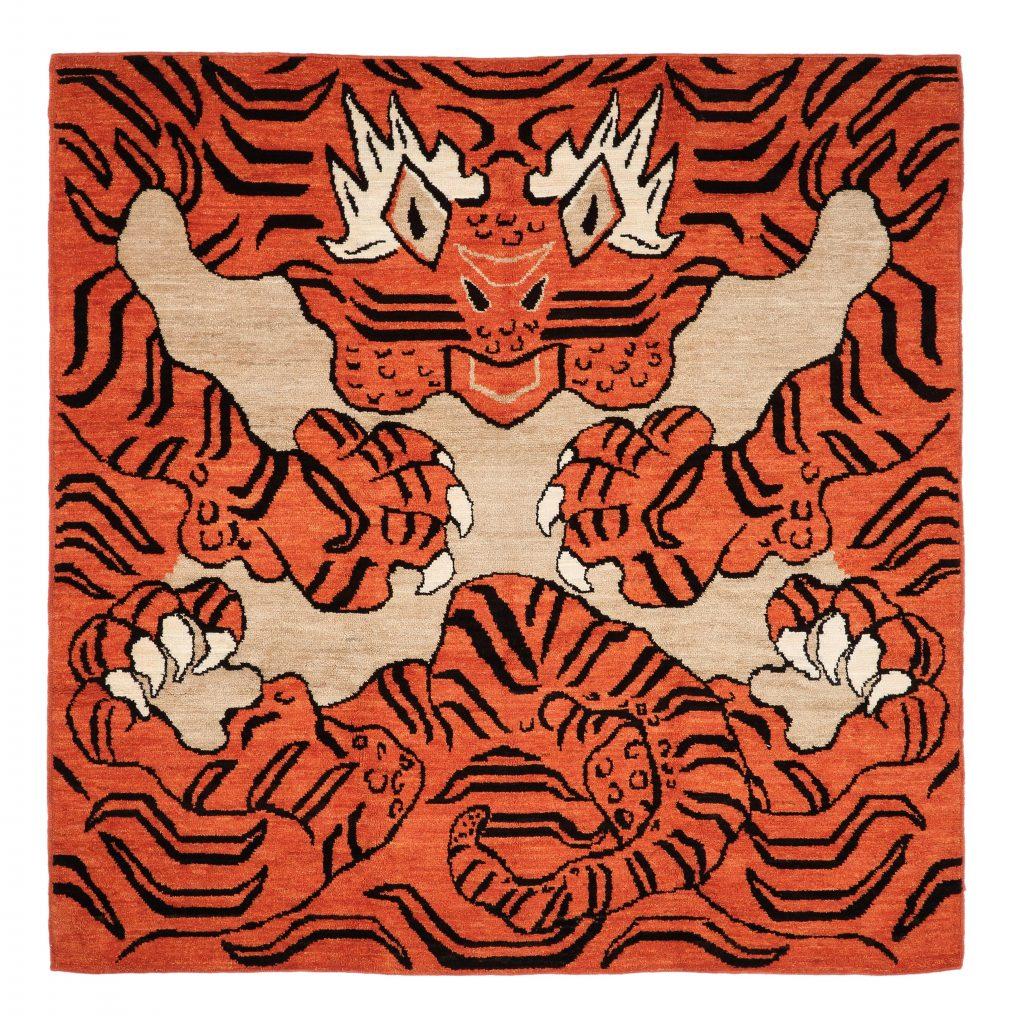 Ai sees the tiger’s plight as just one part of a much larger condition. “To satisfy insatiable desire, human beings incessantly deprive other species of the possibility to exist,” the artist says. “This leads to extinction of an unimaginable number of species, including tigers. Education has never been so developed in history, and at the same time animal cruelty has never been so prevalent. In ancient times, people, with strong mystical imagination, used to have respect for animals and see a shared instinct of survival in them.”

Because of poaching and habitat loss, today’s global tiger population has shrunk by about 95 percent, plummeting from an estimated 100,000 at the start of the 20th century. Still, conservation efforts are working—albeit modestly. Tiger populations grew in 2016 for the first time ever, to 3,900 individuals. In July 2022, the International Union for Conservation of Nature Red List of Threatened Species estimated there are 4,500 wild tigers today, with an estimated three fourths living in protected areas.

The gesture represented by remains “just a drop in the ocean,” Ai said. “It is only a symbol of the good intentions of human beings. It is an attempt to explain through art what we can never explain—that is the dignity and beauty of life.”