Home News At 26, Cierra Britton Is Already Fulfilling Her Dream: Opening an Art... 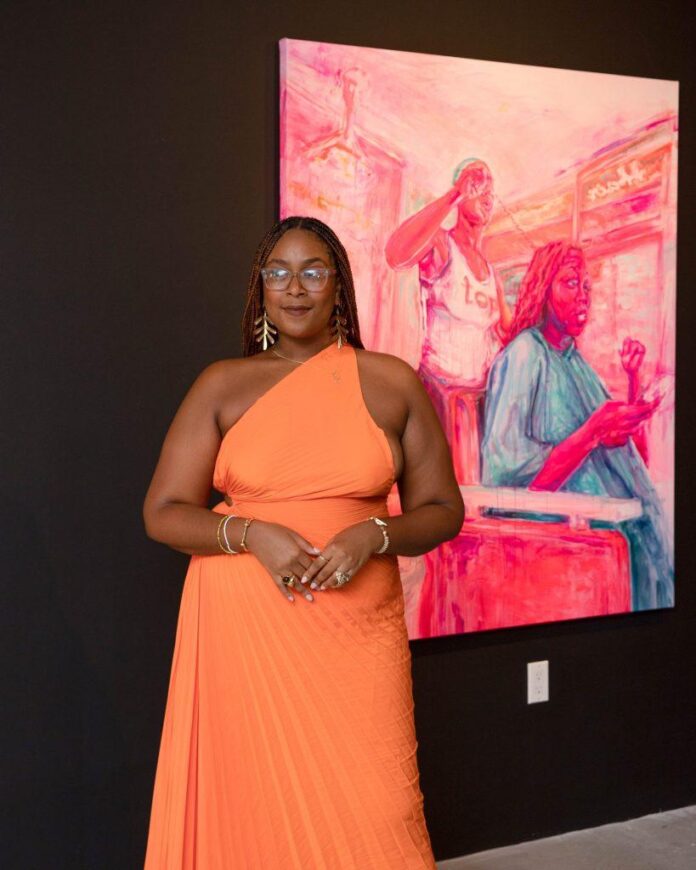 “My mission is very much aligned with liberating Black and brown people, because this is my life. I live as a Black woman every single day,” Cierra Britton says. “The lack of representation for women and femmes of color, in the gallery space specifically, creates this warped notion that these artists don’t exist. I make it my business to make sure that these artists are getting the platforms they deserve.”

Cierra Britton, 26, is discussing why she decided to open her gallery, the only one of its kind in New York dedicated to representing BIPOC womxn artists. Her serendipitous story illustrates the power of being supported by a community and the ways in which chance meetings can change the trajectory of your life.

Britton, a Baltimore native and New School alumni who graduated in 2018 with a B.A. in visual studies, didn’t know when it would happen or how, but she was determined that one day she would open her own gallery. Certain New York was the place to be, she hatched a plan to leave her parents’ house but was forced to move back in 2020, due to Covid, her expiring lease, and the impossibility of living in New York without steady income.

In February 2021, she returned to the city that had nurtured her creativity. New York was energetic, alive, and pulsating with opportunity. For instance, a fateful meeting with Thelma Golden, the director of the Studio Museum in Harlem, led to an internship with Jack Shainman gallery.

One day while working at the women-only co-working space The Wing, Britton overheard two women discussing a gallery in Brooklyn. She shared with Victoria Alexander, the owner of the space, that she was an aspiring curator. That interaction led to Britton’s first exhibition with friend and Harlem-based photographer, Flo Ngala, who had worked with rapper Cardi B and rapper and record executive Gucci Mane. The exhibition traced the lives of a school of young Black ice skaters in Harlem, titled Harlem Ice: The Selects Folder. The show garnered press in Teen Vogue, Essence, and Amsterdam News.

Britton has worked with the nonprofit art collective Artnoir, where she was responsible for content management, scheduling coordination, and overall support of the co-founders, who each have full-time jobs, with Artnoir as their passion project. It was at Artnoir where Britton was encouraged to trust her gut and open her first gallery.

“I do my best when I’m in a safe space. I feel comfortable to share and contribute and go further and build,” she explained. Artnoir, the majority-women and minority-operated organization, helped Britton see the endless possibilities for her own career and the ways in which a healthy work environment allows talented individuals to blossom into their full potential. 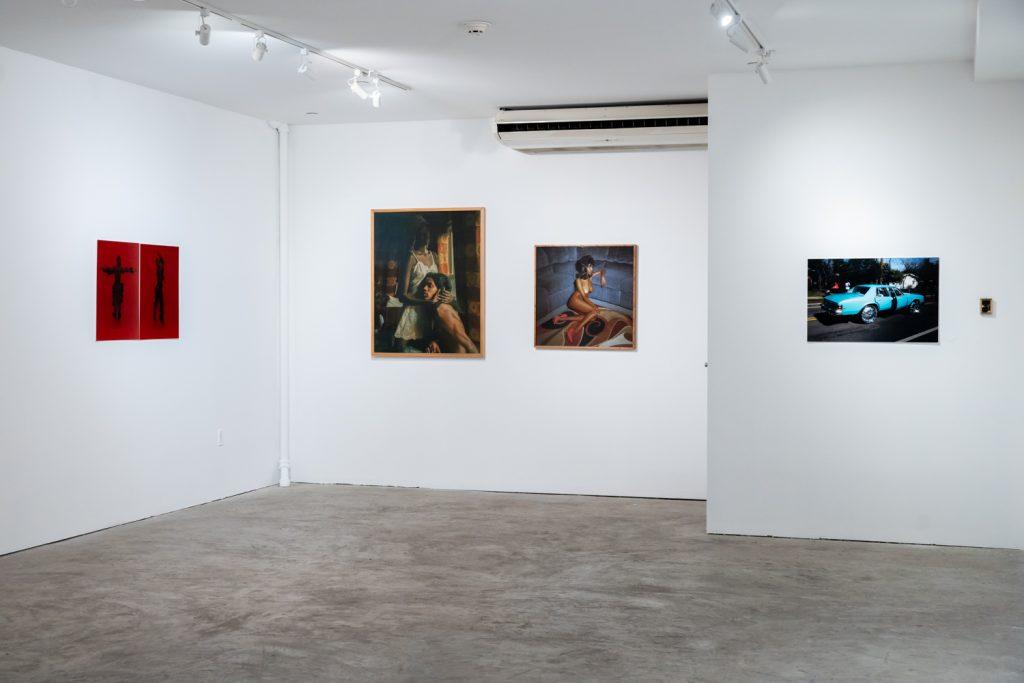 Since opening her pop-up gallery at 347 Broome Street—she’s looking to secure a space for next year—in September, Britton has shown the work of over a dozen artists including Ambrose Rhapsody Murray, Adama Delphine, Myesha Evon Gardner, Alisa Sikleanos-Carter, and Jewel Ham, who opened the gallery’s inaugural solo show, ‘keep it cute,’ with an exhibition of paintings focused on the duplicity of the Black femme experience. The works range in price from $800 to $20,000.

Each opening, followed by each closing party has been packed with young fashionable Black creatives, fellow artists, writers, gallery directors, DJ’s, and aspiring entrepreneurs. Earlier this year she also showcased Bre Andy, Jewel Ham, and Lewinale Havette in her booth at 1-54 Contemporary African Art Fair, which hosted the fair in Harlem for the first time.

With the help of IFundWomen of Color, Britton attended weekly Zoom meetings with fellow members, sharing ideas that provided invaluable insights into the ins and outs of first-time entrepreneurship; such as creating pitch decks, writing business plans and proposals, and raising capital.

Britton recalls working in the toxic, racist work environment at The Wing and that fortuitous meeting with Golden as major turning points in her trajectory. “I learned about her [Golden] during my time at the New School, and she is the biggest reason I wanted to pursue curatorial practice,” Britton says. After two years working as a front desk receptionist at The Wing, she says she was passed over for higher positions and told by another employee that they didn’t know if she had the personality or the capability to be “her authentic self in such a corporate role.” 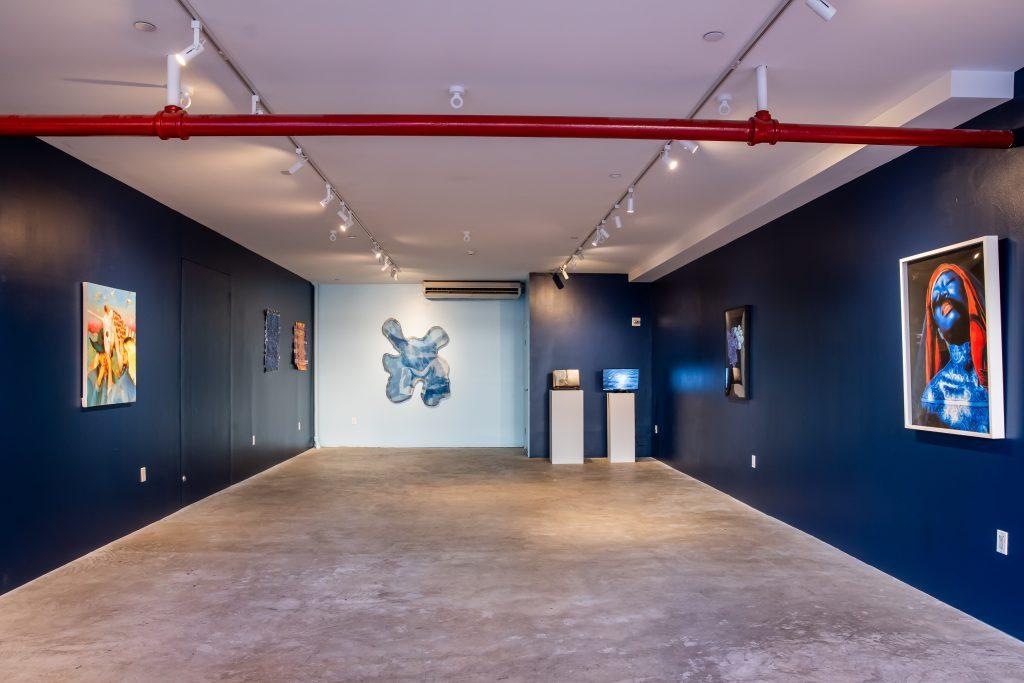 Britton could see the handwriting on the wall and the microaggressions filled with coded language Black people often face in corporate America. Worst of all, The Wing touted itself as a champion of inclusivity. “As a Black woman I know what that means. It’s code for you’re too Black for this role.” Britton says. She left shortly after and never looked back.

In March 2020, The New York Times wrote a feature about The Wing, which opened in New York in 2016 and expanded to several cities across the country, that detailed how it was falling short of its feminist and diversity goals. The Wing told the Times that employee concerns had been incorporated into a “sweeping business recalibration.” At the end of September, The Wing was shut down by its parent company, which cited the Covid pandemic and “global economic challenges,” in a letter to members, the Times reported.

The Wing was shut down by its parent company at the end of September, citing the Covid pandemic and “global economic challenges,” in a letter to members, the Times reported.

But while she was still there, Britton cold emailed Golden, a member at the time. Her approach paid off, and that e-mail was followed by an in-person coffee, which led to a meeting with Joeonna Bellorado-Samuels, director of Jack Shaimain Gallery. Bellorado-Samuels offered Britton a spot in the gallery’s internship program the following spring, which opened new doors of opportunity. 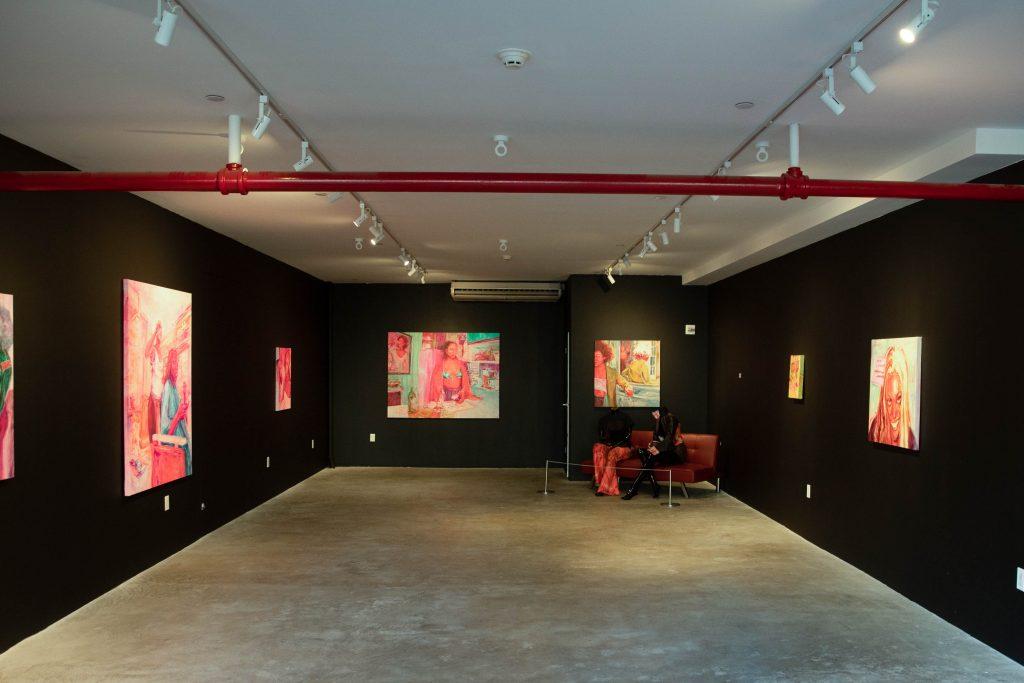 When it came time to open her gallery, Britton was encouraged by the cofounders of ARTNOIR where she had, during Covid, been instrumental in shifting the nonprofit’s in-person events to online virtual studio visits with artists.

“The passion, drive, and determination that Cierra displayed when she told me about her desire to open a gallery at such a young age, dedicated exclusively to showcasing and providing space to women of color, truly felt genuine, honest, and timely,” says Danny Baez, a co-founder of Artnoir and owner of Regular Normal gallery. “Despite the obstacles, her dedication to achieving this in such a short period of time is definitely impressive and not a small feat.”

As she looks forward to more exhibitions and future projects, Britton recognizes the role the community has played in her career. “I launched my crowdfunding campaign, and we ended up raising $30,000, which was all thanks to my family and my community of supporters. I would not have been able to open this space without those people,” she says. “It was so reassuring to see how many people made it their business to support me and this mission for this gallery.”

Her dedication to amplify the marginalized voices of BIPOC womxn artists, and her timely ascension into the art world is built on the mentors, advocates, friends, and family who not only believe in but support and uplift her vision through the spirit of community.