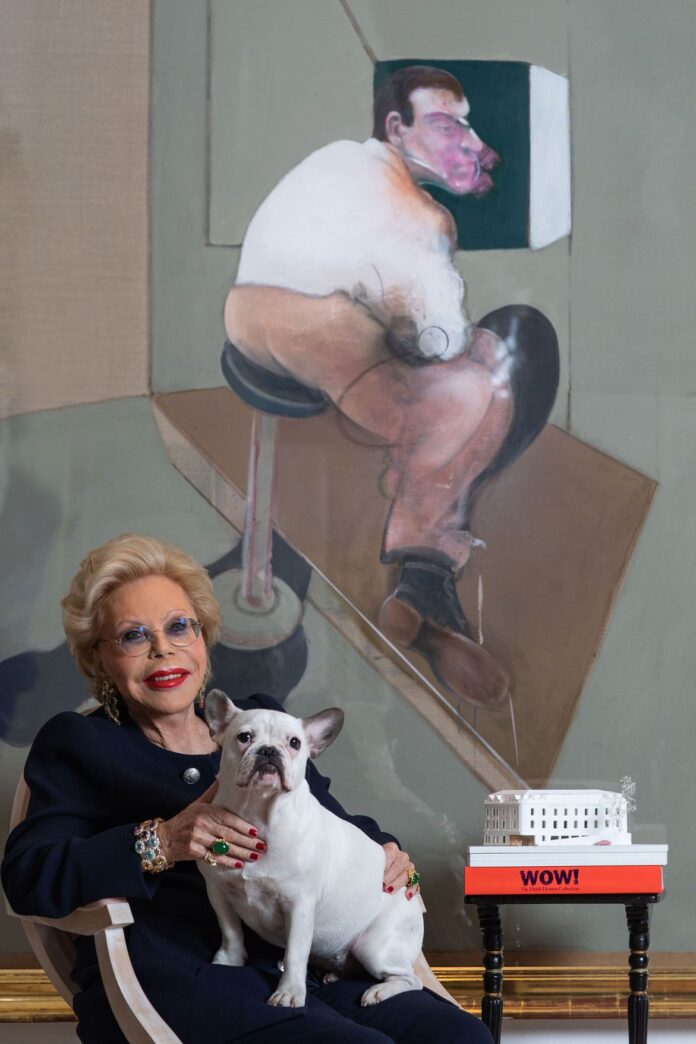 The Austrian collector Heidi Goëss-Horten has died, aged 81, days after her new private museum opened to the public. The Heidi Horten Collection museum in Vienna opened on 9 June with an inaugural exhibition designed to show off the new gallery space, as well as a selection of works by artists including Lucio Fontana, Andy Warhol and Damien Hirst as well as new commissions from Constantin Luser and Andreas Duscha, among others.

The director of the Heidi Horten Collection, Agnes Husslein-Arco says of Horten: “She was a generous, warm-hearted and visionary woman. She will be remembered for her manifold commitment, above all to the arts. We will continue to run the institution in the spirit of its founder.”

Horten and her husband Helmut began collecting art in the 1970s, acquiring works by artists such as Pablo Picasso, Marc Chagall and Emil Nolde. After the death of her husband in 1987, Horten began to collect in earnest, her tastes broadening under the guidance of Husslein-Arco, the then managing director of Sotheby’s Austria, and now Horten’s “sparring partner” as director of the Heidi Horten Collection. The decision to open a museum was made following the success of an exhibition titled Wow! The Heidi Horten Collection at the Leopold Museum in 2018. The show introduced the public to around 170 of Horten’s works.

Though increasingly sophisticated, the collection bears the hallmarks of Horten’s fondness for bright colours and animals, as seen in pieces such as John M Armleder’s Untitled (Target) (2001) and Lena Henke’s UR Mutter (2019).

The museum is housed in a former office building that has been transformed into the Palais Goëss-Horten. Taking inspiration from the Stanley Kubrick film 2001: A Space Odyssey, the Austrian architecture practice The Next Enterprise has installed floating platforms to create three floors of open gallery space, with smaller rooms providing more intimate settings. The platforms allow impressive sightlines through rooms and between floors, and can accommodate temporary walls. Education facilities, studio space and an elegant tearoom designed by the Austrian artist Markus Schinwald contribute to Horten’s vision of “a place of exploration, of sensory experiencing, of enjoying art”.

A raised public profile has brought scrutiny, and in January of this year a report commissioned by Horten from the historian Peter Hoeres, found that her husband “Helmut Horten benefited from the economic circumstances provided by the Nazi state” having made his fortune from department stores confiscated from Jewish owners.

The addition to Vienna’s Modern art offering is something of a novelty in a city where culture is largely the domain of the state. Jasper Sharp, the British curator and founder of the Vienna-based organisation Phileas: A Fund for Contemporary Art, says that a new art gallery is always welcome. “But as someone who is obsessed with the notion of public museums, I always ask myself, ‘Is there some failure on the part of public institutions that so many people in recent years have been opening private museums, and if so, what can be done to address that?’”. He adds that the Austrian tax system fails to incentivise donations to museums.