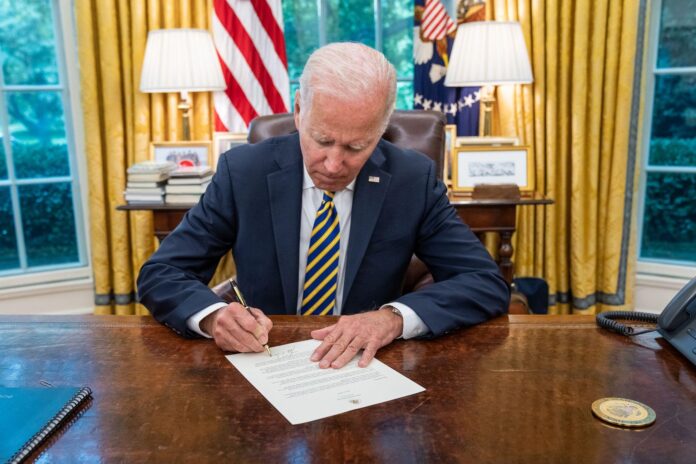 A presidential committee on culture that was disbanded five years ago after all its members resigned in protest of then-President Donald Trump’s response to a deadly rally of far-right extremists in Charlottesville, Virginia, has been re-established by President Joseph Biden. In an executive order on 30 September that, among other things, proclaimed October to be National Arts and Humanities Month in the United States, Biden re-established the President’s Committee on the Arts and Humanities.

“My administration is committed to making the arts and humanities more accessible to people of every age and background, uplifting more voices, inspiring new generations, and showing the full power of our example as a great nation,” Biden wrote in a proclamation announcing the committee’s re-establishment.

The director of the Institute of Museum and Library Services (IMLS), Crosby Kemper, as well as the chairs of the National Endowment for the Arts (NEA) and National Endowment for the Humanities (NEH), Maria Rosario Jackson and Shelly C. Lowe (Navajo), will be the leaders of the committee. In all the committee can include as many as 25 non-federal leaders from the fields of culture, library services and the humanities. The committee advises the president on policy decisions, engagement with the philanthropic and private sectors, and endeavours to boost support for the arts, humanities, and museum and library services at the federal level.

“The arts promote understanding, give voice to our humanity, and help us steward our authentic, deeply rich and varied histories and narratives,” NEA chair Jackson said in a statement. “This is an extraordinary moment for the arts and humanities with this whole-of-government approach that will be integral to advancing the health, economy, equity and democracy of the nation.”

“Reproach and censure in the strongest possible terms are necessary following your support of the hate groups and terrorists who killed and injured fellow Americans in Charlottesville,” the resigning committee members wrote in a letter sent to the White House and addressed to President Trump. “The false equivalencies you push cannot stand. The Administration’s refusal to quickly and unequivocally condemn the cancer of hatred only further emboldens those who wish America ill.”

The committee was created in 1982 under President Ronald Reagan. The First Lady has traditionally served as the committee’s honorary chair. Following the committee’s mass resignation in 2017, which left Melania Trump as its lone member, President Trump opted to dissolve the committee rather than appoint a new slate of members, deeming it “not a responsible way to spend American tax dollars”.

“This executive order is an opportunity to reflect on the impact library and museum programs have on our communities,” Kemper said in a statement. “As two of the most trusted institutions, libraries and museums provide access that allows us to engage with the arts, humanities and diverse cultures to bring about a more informed and engaged society.”

Less Than Two Years After It Was First Proposed, the ICA San Francisco Opens in Lightning Speed With a Solo Project by Jeffrey Gibson