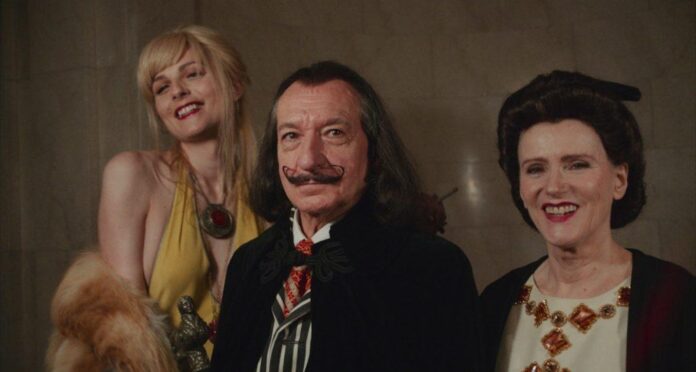 There’s a new Salvador Dalí movie about to hit theaters.

, starring Sir Ben Kingsley as the Surrealist, and Barbara Sukowa as his domineering muse and life partner Gala, is set to make its debut on the closing night of the Toronto International Film Festival (TIFF) next month.

Here’s how explains the plot:

tells the story of the later years of the strange and fascinating marriage between the genius Dalí and his wife, Gala, as their seemingly unshakable bond begins to stress and fracture. Set in New York and Spain in 1973, the story is told through the eyes of James, a young assistant keen to make his name in the art world, who helps the eccentric and mercurial Dalí prepare for a big gallery show.

Will the apparently modestly budgeted movie be… good? Here are some reasons to hope it might be:

Here are a couple of other notable or odd things about this movie:

doesn’t have a trailer yet, so I can’t say more. For those who can’t wait until comes out for a dose of Surrealist biography, you can always rent , the 2008 film starring actor Robert Pattinson in a truly off-the-wall performance as a young Dalí, in a tale about his same-sex romance with Federico García Lorca.