One lot featuring 42 love letters Dylan wrote to his high school sweetheart, Barbara Ann Hewitt, sold for nearly $700,000, to bookstore and tourist destination Livraria Lello in Porto, Portugal. Following Hewitt’s death in 2020, her estate also contributed drawings and photos from Dylan to the sale. One photo, now considered the earliest signed image of Dylan in existence, went for $24,361.

The full love letter lot features “over 150 pages of autograph material,” its description said. Throughout those pages, “the young Dylan reveals his dreams of changing his name and selling a million records, offers bits and pieces of poetry, and professes his never-ending affection.” 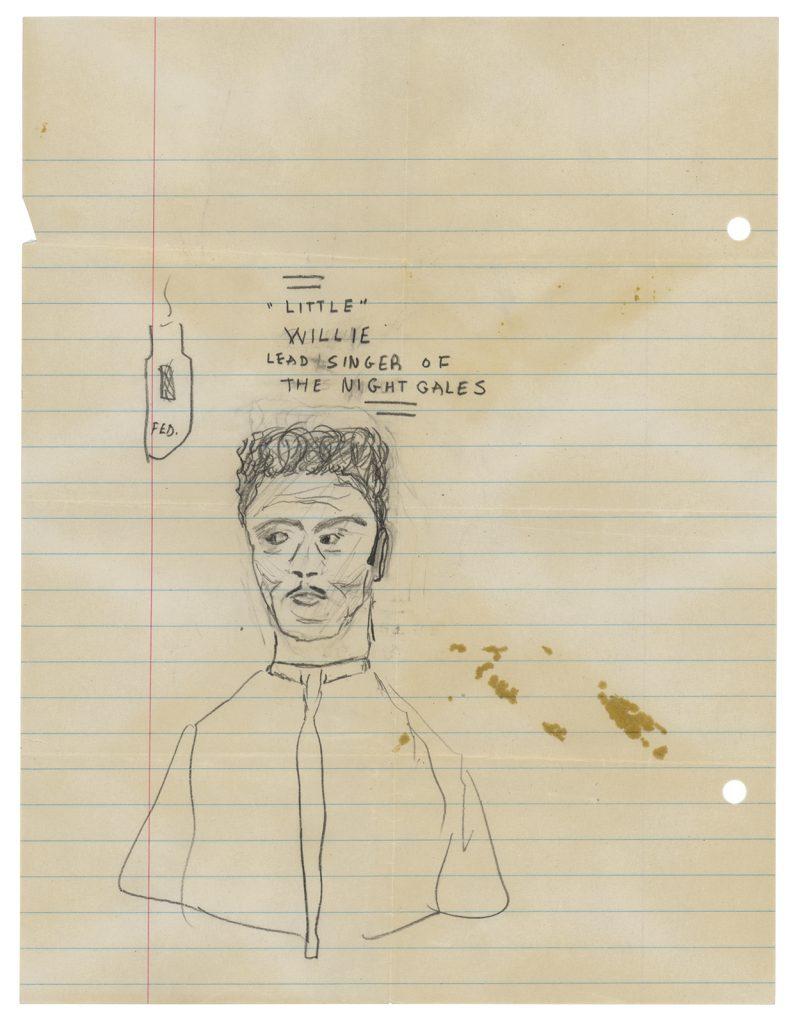 A sketch by Bob Dylan.

An article by the auction house adds that Hewitt was born in Minnesota in 1941. She traveled across America due to her father’s work before settling in Dylan’s hometown of Hibbing, Minnesota, in 1957. She started Hibbing High as a sophomore and sat near Dylan in history class, back when he still went by Bob Zimmerman.

The two started dating by December, after Hewitt relocated to nearby New Brighton. Their correspondence started in January 1958 and lasted at least through 1959. During that time, Dylan performed at the Hibbing High talent show and saw Buddy Holly live in Duluth with Hewitt.

Hewitt fell in love with someone else not long after, and stayed in a decade-long relationship throughout the Sixties before marrying a Hibbing man and divorcing him seven years later. She never remarried.

Apparently, the auction house noted, Dylan called Hewitt once from a phone booth, years after high school, inviting her to California. She declined. 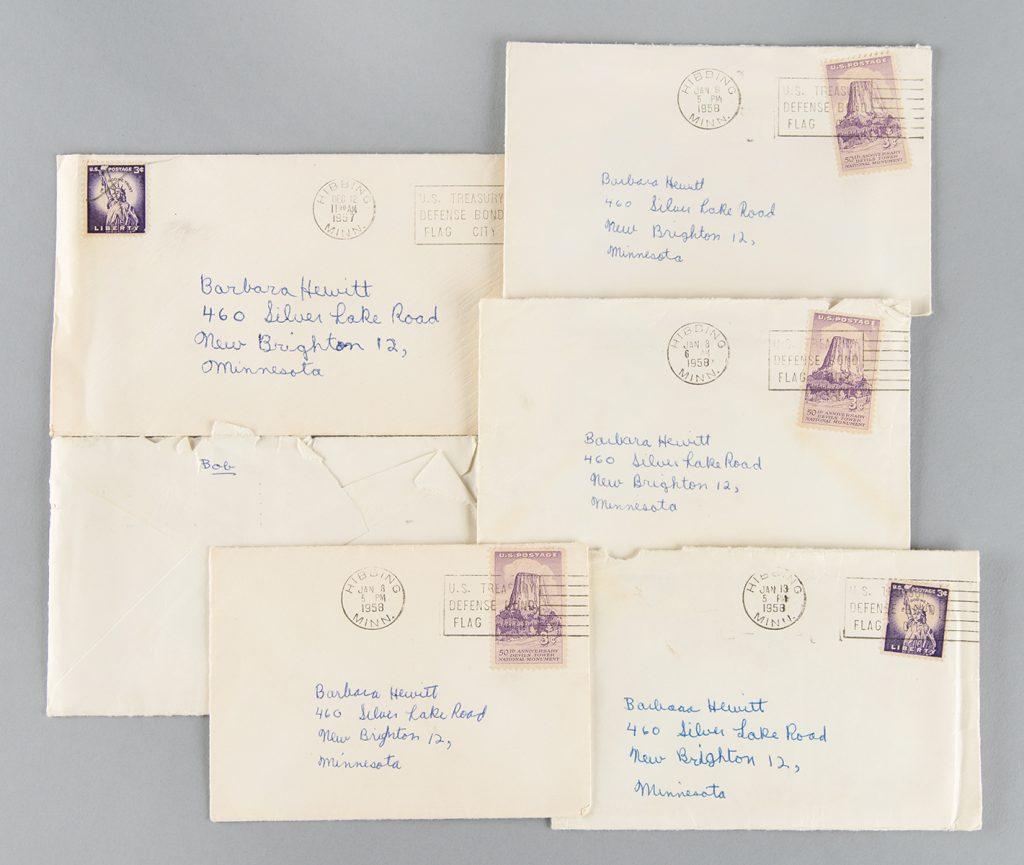 Letters, signed and stamped from Dylan to Hewitt.

Each letter from Hewitt’s possession came with its original envelope, addressed and often signed by Dylan. The estate sought to keep the cache together, even though individual letters from Dylan can snatch up to $30,000 at auction. The full lot’s starting bid was $250,000.

No word whether Dylan tried buying the treasures back, though RR Auction’s Bobby Livingston said in a release that Hewitt’s archive “documents the transformation of Bob Zimmerman into Bob Dylan, full of never before known facts from his formative years.” Rolling Stone recently delved into another lot of Dylan memorabilia from the “Marvels of Modern Music” sale, his annotated interviews with Tony Glover, and noted that the facts of Dylan’s rise remain murky—though their author is still around to set the record straight.

While Livraria Lello now owns the physical letters, Dylan’s publishing company retains copyrights to all unpublished writings, poems, and unfinished lyrics in their pages. The auction house said that the Portuguese bookstore plans to make the full archive available for fans and scholars to study.

At COP27, Artists are Installing Their Work to Urge Heads of State to Act on Climate Change

A Danny Boyle dance show inspired by The Matrix and an inflatable Kusama room: Manchester’s new art space set to open next year