Home News Can an Artist-Run Crypto Project Save the Bees? Documenta’s BeeCoin Initiative Is... 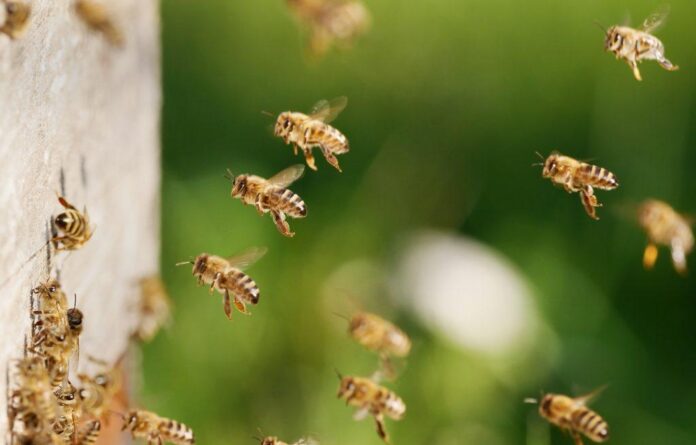 At the core of Documenta 15’s curatorial vision is the notion of “lumbung,” an Indonesian term referring to a communal rice barn. In the case of this, the world’s largest and most expensive exhibition, the concept can mean a lot of things.

With collectives and working groups composing most of Documenta’s 1,500-plus participants, exploring alternative economic models of artistic production is part of what make this year’s edition so unique.

Since October 2020, several members of the artistic team (led by the Indonesian group Ruangrupa) have assembled under the banner of “lumbung economy,” with a particular focus on exploring the potentials of blockchain and cryptocurrencies. The initiatives represented by this sub-group include BeeCoin (developed by the ZK/U – Center for Art and Urbanistics), Cheesecoin (INLAND), Dayra (The Question of Funding), and Jalar (developed by Gudskul).

In an email to Artnet News, the artistic team behind the lumbung economy group said they hope these experiments will ultimately lead to more sustainable efforts at achieving a commons-based economy, in opposition to both the traditional art market and to what they see as the rampant speculation within other crypto markets. 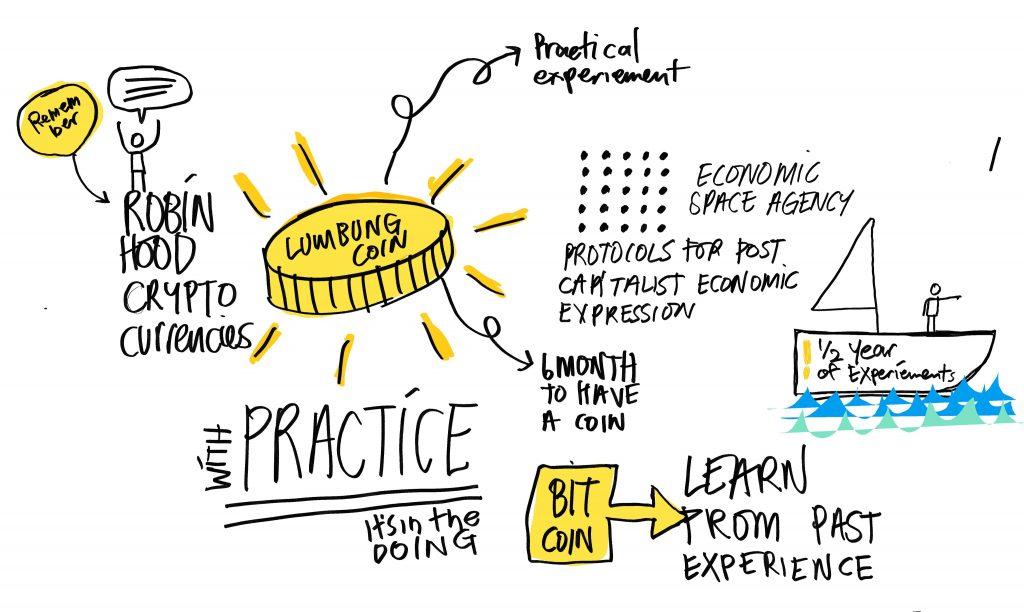 “We emphasize here the word ‘community’ in relation to currencies,” they wrote. “Blockchain holds the potential to decentralize monetary systems. For this quality, lumbung can learn and practice different types of exchange systems.”

The uses blockchain is put to in Documenta are many. Cheesecoin, an initiative that began in 2017 by the collective INLAND and Hito Steyerl (who has since pulled out of Documenta for political reasons unrelated to Cheesecoin), is an ironic and poetic intervention into crypto, essentially using its rhetoric to call attention to INLAND’s rural agricultural initiatives. Meanwhile, the groups the Question of Funding and Gudskull offer more earnest efforts to build actual platforms that facilitate horizontal forms of exchange.

However, perhaps the buzziest of Documenta’s blockchain initiatives—and the one most in line with the agricultural origins of the “lumbung” concept—is BeeCoin. Launched by the group ZK/U, this initiative operates as a distributed autonomous organization, or DAO, which aims to facilitate “interspecies democracy, wealth sharing, and knowledge creation.” Basically, the goal is using blockchain technology to create a new kind of democratic structure that, in turn, contributes to the sustainability of local bee populations in Kassel.

BeeCoin deploys several sensor kits throughout the city that monitor key life indicators of 15 beehives. Humans join by acquiring a BeeCoin NFT, which includes membership in the DAO, and thus the ability to make proposals to distribute funding towards the well-being of bees, which are voted on during public assemblies. Essentially, the idea is that the sustainability indicators go up for the bees, BeeCoin does better, thereby incentivizing investment in healthy human-bee co-existence.

Will it work? The jury is still out. But in Kassel and beyond, observers interested in art, crypto, and the environment will all be watching to find out.

Art Industry News: How Disgraced L.A. Dealer Douglas Christmas Managed to Evade the Law for So Long + Other Stories