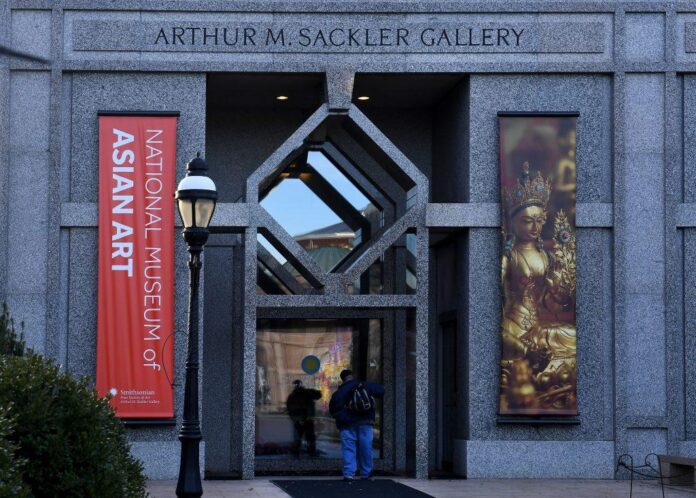 The Smithsonian’s National Museum of Asian Art (NMAA) has quietly stopped its partnership with the Hong Kong government’s offices in the U.S. after 27 years.

The reasons behind the move are unclear. The museum indicated that the end of the partnership had to do with its focus on its centennial celebration programming, planned for this year; The Hong Kong Economic and Trade Office (HKETO) in the U.S., which is the official representative of the Hong Kong government, did not offer an explanation; pro-democracy Hong Kong activists in the U.S. said that it was political.

“The National Museum of Asian Art has no present partnership with the Hong Kong Economic Trade Office and is not seeking their support. We are assessing our programming and partnerships on the occasion of our 100th anniversary to make room for new voices and celebrate artists from across Asia,” Lori Duggan Gold, deputy director of the Washington institution, told Artnet News over email via a publicist.

The HKETO, however, did not deny nor did they confirm the end of this partnership. It said that their mission “has been to enrich economic, trade, investment, and arts and cultural ties between the United States and Hong Kong,” in an email reply sent to Artnet News. “Staying true to this mission, the offices continue to explore opportunities to foster people-to-people exchanges and reinforce ties in a range of mutually beneficial areas,” it added.

A statement from the coalition of 20 Hong Kong groups in the U.S. said that the NMAA notified them that it had ended its relationship with the Hong Kong office. They urged U.S. institutions to stop working with HKETO as “the regime censors films, shuts down news organizations, and persecutes creators of art and culture, such as the recent imprisonment of five authors of allegorical children’s books about sheep,” the statement said. Calling for governments abroad to sanction on Hong Kong and China can be considered collusion with foreign forces under the sweeping national security law.

The end of the partnership has come as a bill was introduced to the U.S. congress last month, calling for the country to reevaluate its recognition of the office amid the city’s changing political status. The city has lost its autonomy in the eyes of the U.S. government in 2020, following the implementation of the controversial national security law in the same year. The law was imposed by Beijing after waves of pro-democracy protests in 2019.

The HKETO has been a long-term partner of the Washington D.C. museum, mainly collaborating on “Made in Hong Kong,” a film festival showcasing Hong Kong cinema that had a 27-edition run. The last edition, held in August 2022, included an outdoor screening event, but details of the program can no longer be found on the museum’s website. The program sparked an outcry among pro-democracy activists, who accused the museum of collaborating with the city’s government while films were being banned in Hong Kong.

Following the national security law, Hong Kong’s freedom of expression has been said to be under threat, and in 2021, an amended its film censorship law was passed in order to “safeguard national security,” effectively banning films that are politically sensitive.