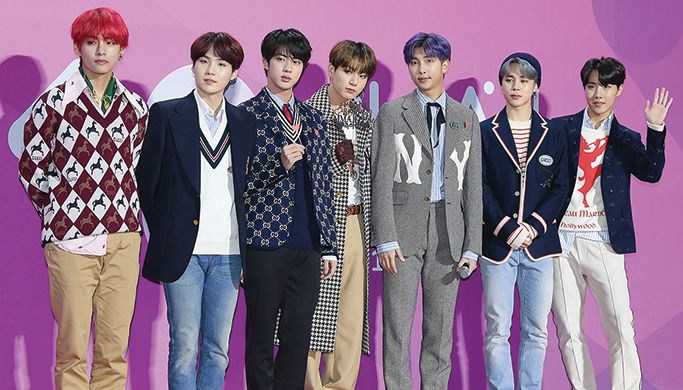 When the Korean boy band BTS recently announced they were taking a break, it was not just their fan base of (mainly) teenage girls that felt bereft. The Serpentine Galleries artistic director Hans Ulrich Obrist has spoken out about the (heart-breaking) decision. In 2020, the mega-group launched the art initiative Connect BTS in partnership with the Serpentine; later that year, the K-pop singing sensations teamed up with Obrist as part of his ongoing “do it” exhibitions (DIY art that anyone can try at home). Suga, a BTS member, said on YouTube: “It’s not that we’re disbanding! We’re just living apart for a while.” An official statement tried to be even more reassuring: “BTS is planning to take a second official extended period of rest since their first in 2019.” A rather relieved Obrist says that BTS are only taking a “pause” and cannily links the hiatus to celebrated art movements. “In art history, groups have broken up such as the Cubists,” he says.

We look forward to seeing which BTS member becomes the Picasso of this analogy… meanwhile another art world bigwig can’t get enough of the BTS sensations. Marc Spiegler, the global director of Art Basel, launched the latest Art Basel podcast season, Intersections, by interviewing BTS leading light Kim Nam-joon, who discusses his “relationship with art and his passion for collecting”. Kim’s insights are plentiful and pithy. Collecting, he says, “really gives me the standard to live as a better man, as a better adult, and [as] an artist”. And will there be a Kim Nam-joon private museum in Korea, Spiegler asks? “A museum is really complicated… you need curators and exhibitions… I am planning to make a small space [for] my own private collection on the first and second floors of a café [destination unconfirmed]… there are not many museums or galleries; I just wanted to make my own,” says the K-Pop heart throb.