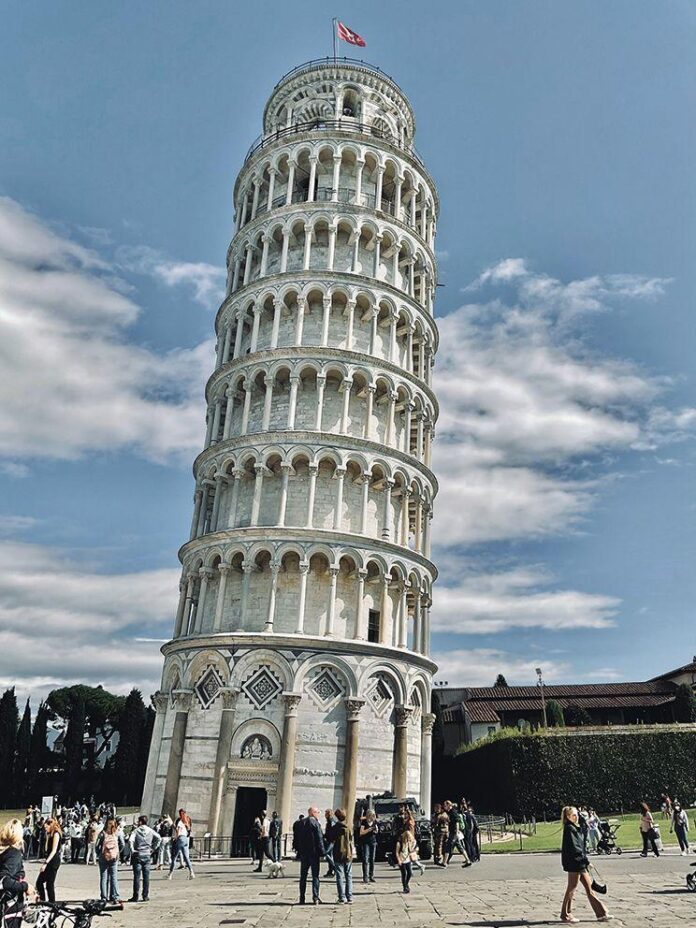 Nearly 850 years after its inception, the Leaning Tower of Pisa stands a little straighter today than it has for nearly two centuries. The first stone of the Campanile di Pisa was laid on 9 August 1173 but the 56m-high structure was not completed until 1350, by which point the settling of its foundations led the tower to tilt by approximately 2.5 degrees.

By 1993, the medieval tower, one of the four buildings that make up the cathedral complex in Piazza dei Miracoli, had begun to lean by about 5.5 degrees, or around five metres from the perpendicular.

Members of that committee met again at a conference held in Pisa in November, when they retraced the stages that have led to the tower’s new stability. The meeting marked the 850th anniversary of Donna Berta di Bernardo, a local noblewoman, providing the finance to begin the tower’s creation.

Several attempts were made to correct the tilt, notably in 1911 and 1938, but the problem continued to worsen. In 1990, the tower’s lean reached 5.5 degrees from the perpendicular, leading the Italian government to take the decision to close the tower to the public and fund restoration works to save the tower from collapse. It did not reopen until 2001.

Despite prophecies of doom from some commentators, the committee decided to enact a plan designed by Burland. In the 1990s, soil was extracted from beneath the tower by digging a series of tunnels on its north side to remove small amounts of earth, causing an imperceptible reduction in the slope. The inclination of the tower has gradually reduced by about 1,900 arcseconds (just over half a degree) as a result, and the lean has returned to where it was in the early 19th century. The reduction was achieved without any intervention on the masonry itself.

The tower is now deemed steady and secure— but it remains vulnerable, especially to extreme weather events and global warming. Heavy rainfall in Pisa in 2017 led to concerns that the tower might list further, or even fall entirely. The foundations are stronger now—but another rescue operation may need to be launched again soon.

Wet Paint in the Wild: Pioneer Works’s Dustin Yellin Gazes Into the Cosmos and Prepares for His Show at Venus Over Manhattan