Home News Did This Man Really Burn a $10 Million Frida Kahlo Drawing on... 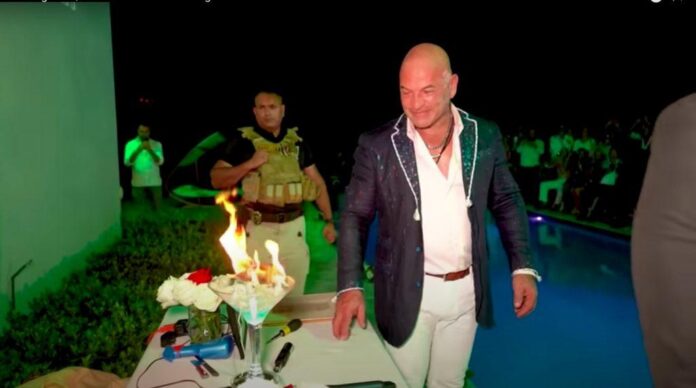 Here’s a very contemporary art-world brain puzzle: An entrepreneur burns his Frida Kahlo drawing in a scheme to sell NFTs. What’s worse: If it’s a total scam, or if it’s real?

This is the question you are forced to confront after watching a video now circulating of an event from July 30 of this year where NFT entrepreneur Martin Mobarak did just that. Specifically, Mobarak triumphantly burned what he claimed was a page of Frida Kahlo’s sketchbook containing an artwork called . He listed the original work’s value at $10 million, and is claiming that some portion of what he will make from selling NFTs attached to a digital image of the work will go to charity via his venture Fridanft.org.

It’s a mark of just how high the bar for weirdness is today that the ill-conceived stunt didn’t garner any attention until now. But since it’s caught some media buzz, the Institute of Fine Arts and Literature (INBAL) in Mexico is loudly denouncing Mobarak, while a couple of the Mexican institutions listed as beneficiaries, the Diego Rivera and Frida Kahlo Museums Trust and Mexico’s Palace of Fine Arts, are saying they had no knowledge of the stunt, according to . INBAL authorities are now investigating Mobarak because Kahlo’s works are considered national treasures, and destroying one would be a federal crime.

(Incidentally, Mobarak may have gotten the whole idea from Frida’s own family, who had the vision to sell off a brick from her house as an NFT during Art Basel Miami Beach last year.)

How—or if—Mobarak got hold of the original drawing is unknown. According to :

“The whole thing is creepy,” said Mary-Anne Martin, one of the top Latin American art dealers in the world, who twice sold the Kahlo drawing in question, once in 2004 to a foundation and again in 2013 to a private collector. She said she did not sell the drawing to Mobarak and had never heard of him before last week.

In any case, if you are looking for a perfect image of something that looks like a parody of every bad idea in crypto of the last year and a half, go watch the FridaNFT launch video. But before you spend two minutes and 49 seconds taking in footage set to presumably rights-free instrumental music, allow me to offer you a frame-by-frame analysis.

It begins with this title card. The drawing is worth $10 mil and they couldn’t hire a copy editor?

Then there’s a card which inexplicably says “Frida Kahlo: Life of an Icon.” The event has literally nothing to do with Frida’s life. 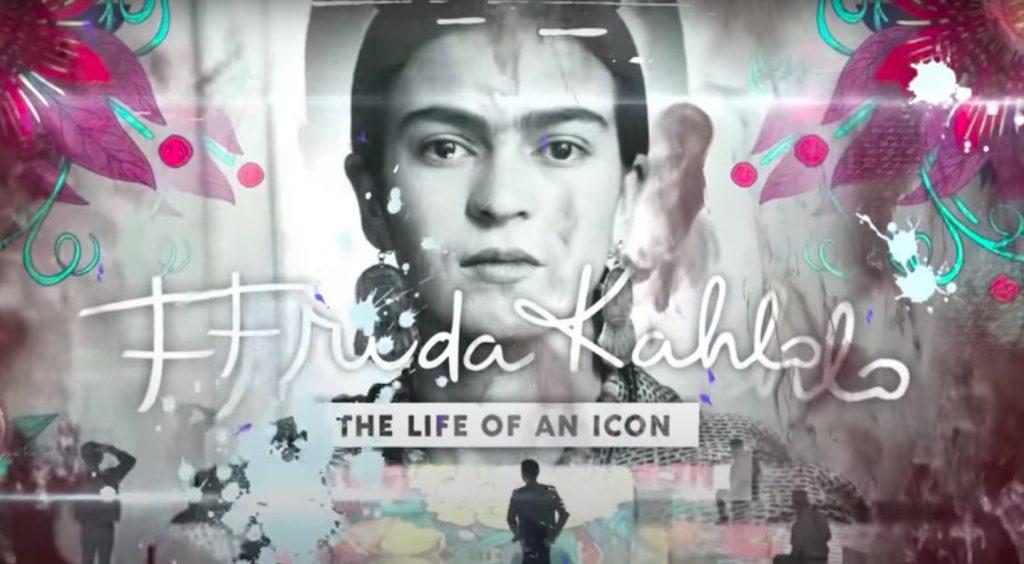 Next come shots of a red carpet, an open bar, a D.J., a pool, a tacky Miami mansion. Then there’s Martin Mobarak, wearing a jacket with a sequined Frida Kahlo on the back. “We are going to do an amazing show for everyone who is here and everyone who wants to join us on a livestream on Frida.NFT.org,” he tells the camera. 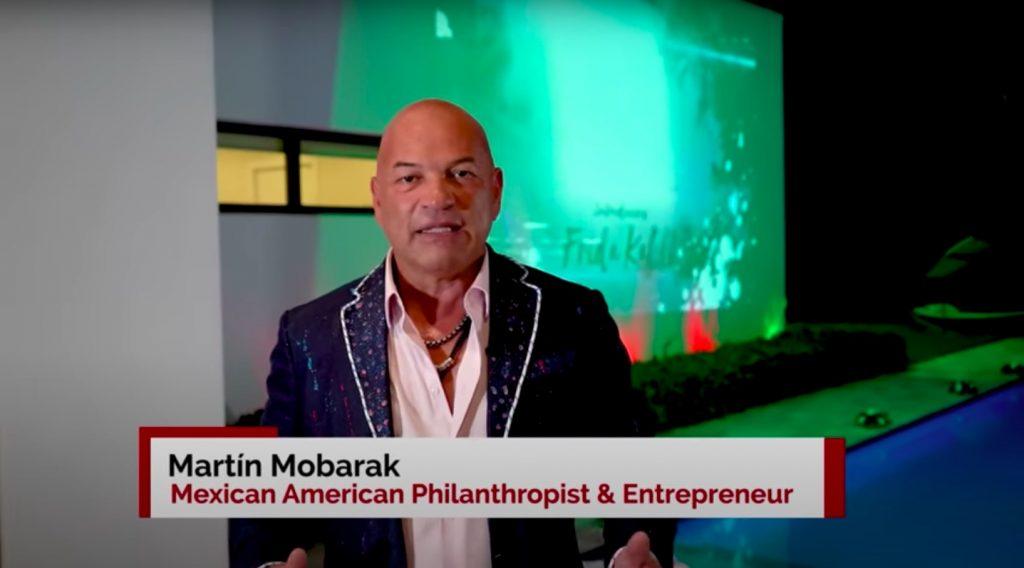 But first, for reasons nowhere explained in the video, we cut to a table full of purses from Colombian designed Mario Hernandez. This is followed by what appears to be a poolside fashion show, where blonde models wearing Hernandez outfits strut, very much looking like a tribute to Kahlo’s art or life. 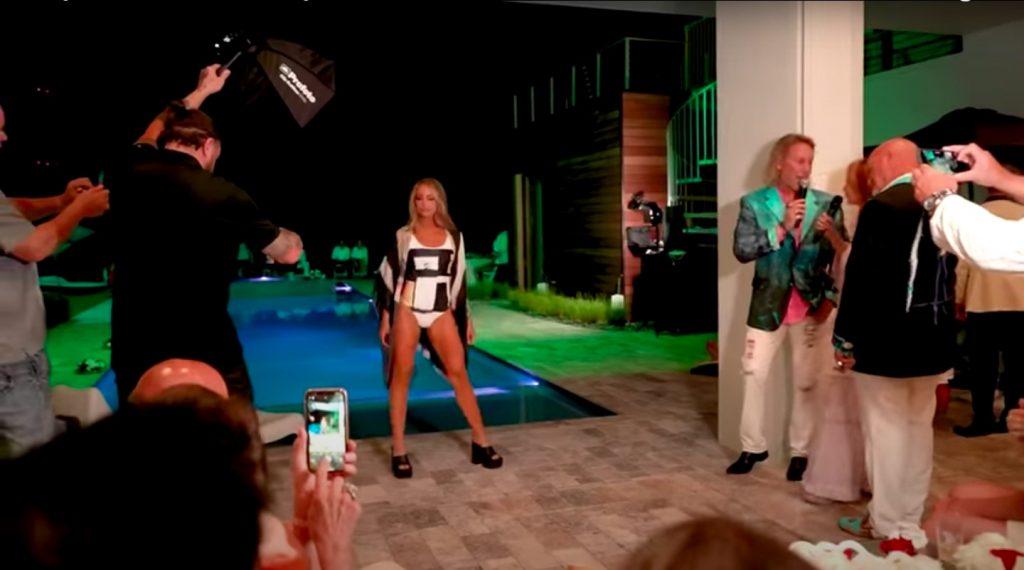 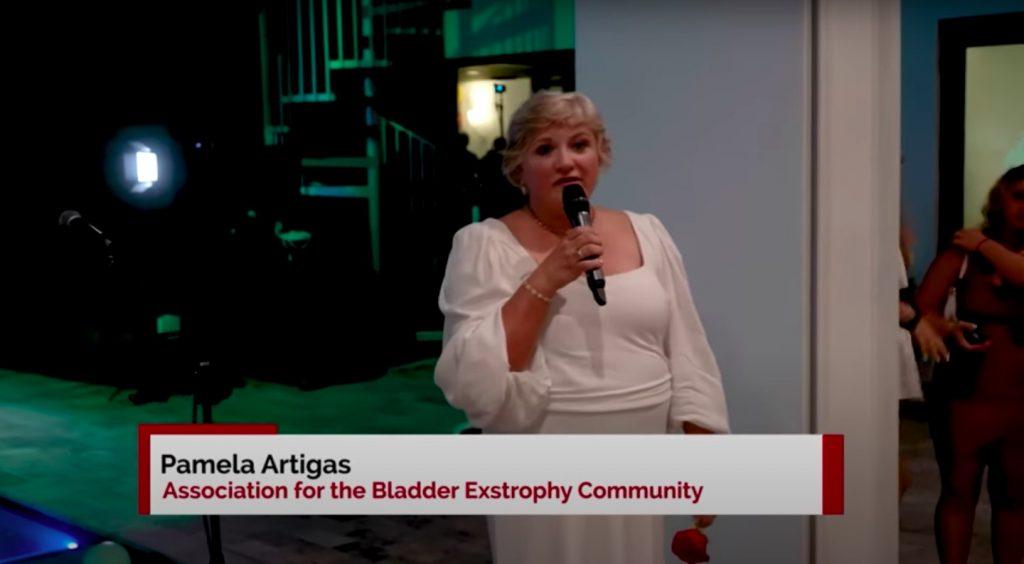 More entertainment. Now we see images of crowds on their phones, a mariachi band, and a fire dancer in a spangled body stocking—the definition of elegance. 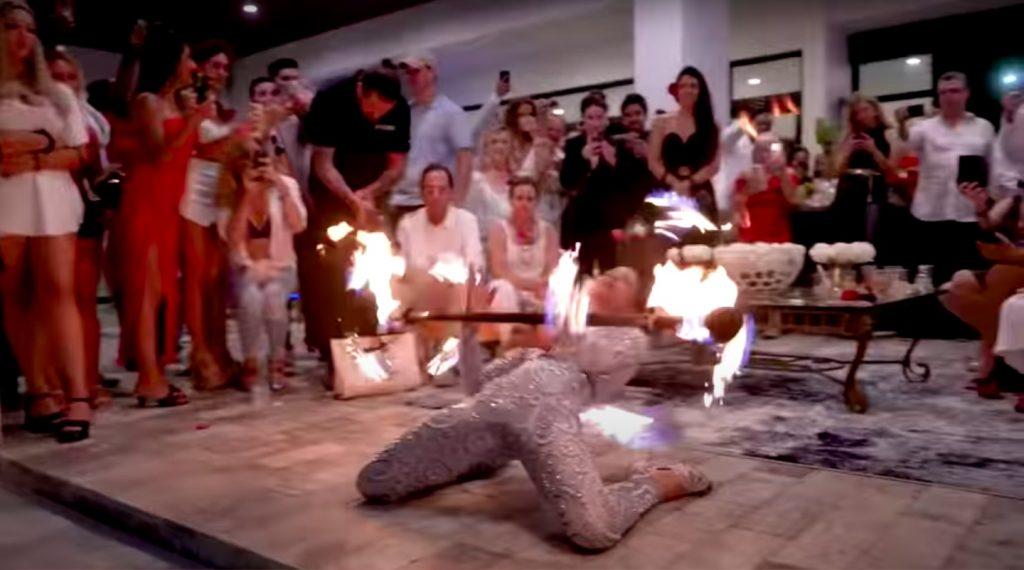 And then… the main event. Tense and heroic music swells on the soundtrack. A beefy armed guard in full gear escorts the drawing into the poolside stage, as a woman with a Chanel bag follows them on her phone. 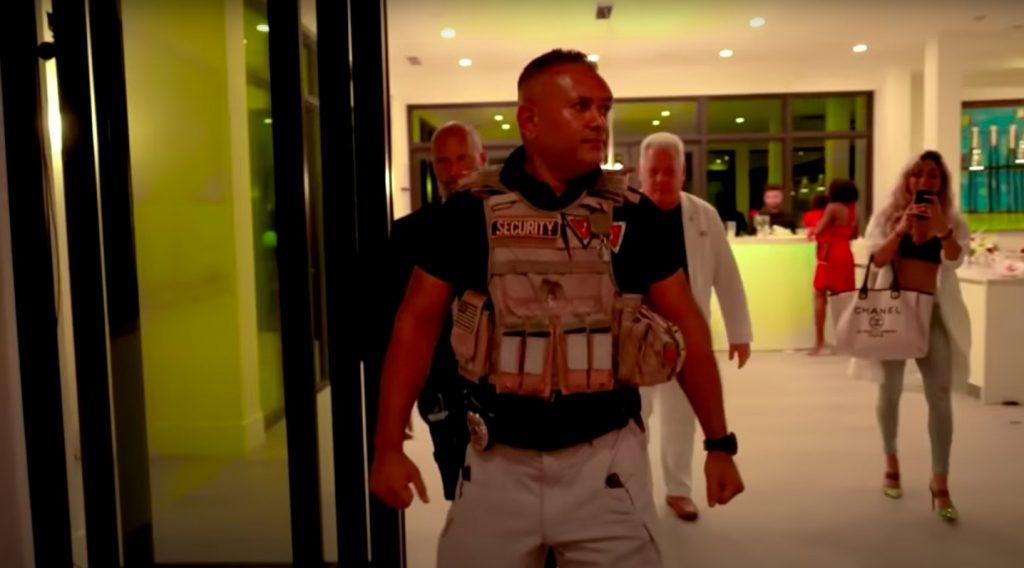 In what is perhaps my favorite detail from the video, when is revealed, it is clearly poorly mounted in the frame. 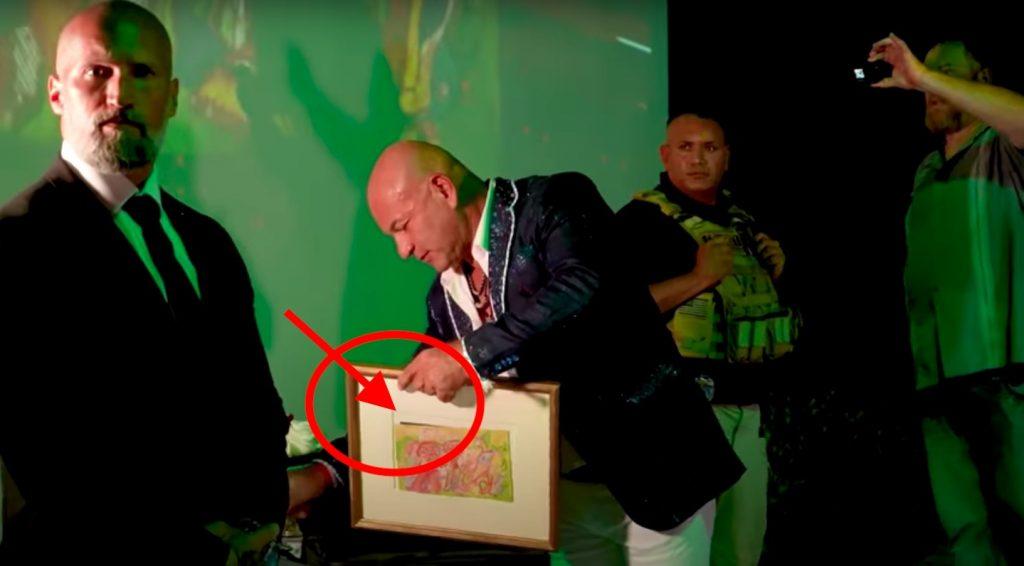 Mobarak then unscrews the frame, detaches the drawing, and places it into a stand on an oversized martini glass. 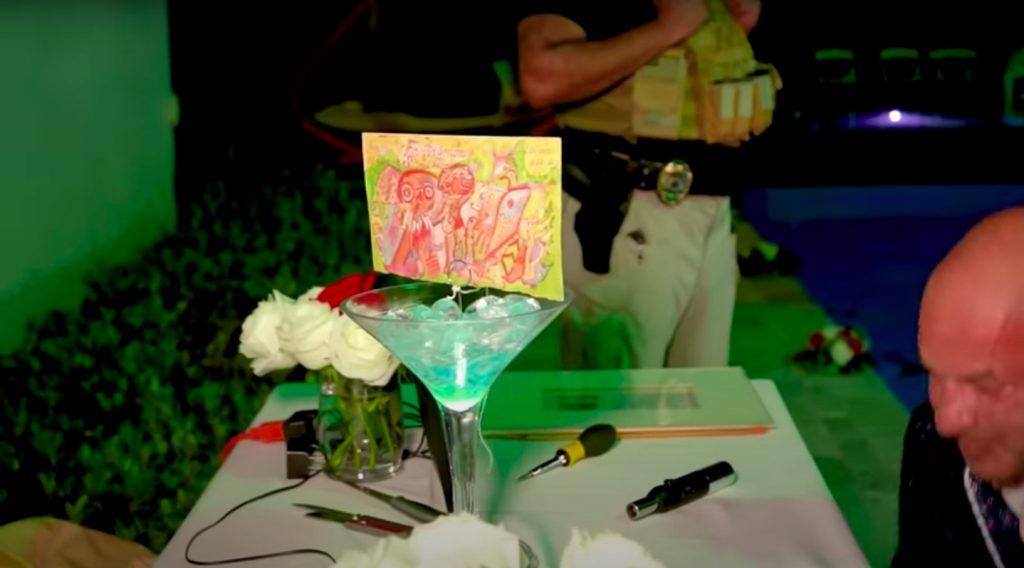 As it is set alight, someone from the audience coos out, “wooow!” like they are witnessing a pet trick. The mariachi band strikes up again. 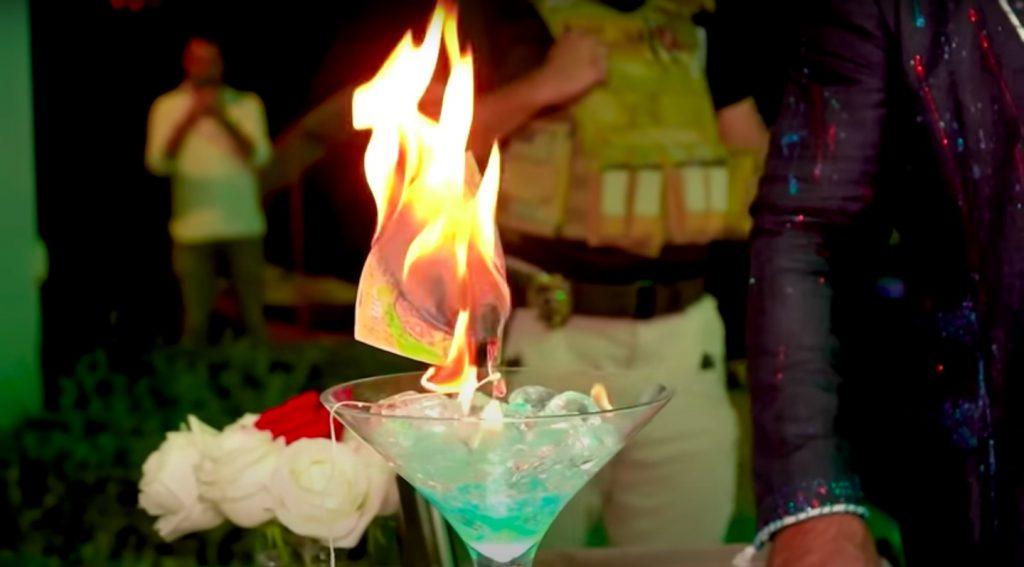 As the “Kahlo” image melts into flames, an animated projection behind Mobarak seems to show the image emerging from the fire, subtly symbolizing, as the FridaNFT.org website puts it, how “like a Phoenix rising from its ashes, Art is reborn into Eternity,” as the leaf of Frida’s sketchbook is “permanently transitioned into the Metaverse.” 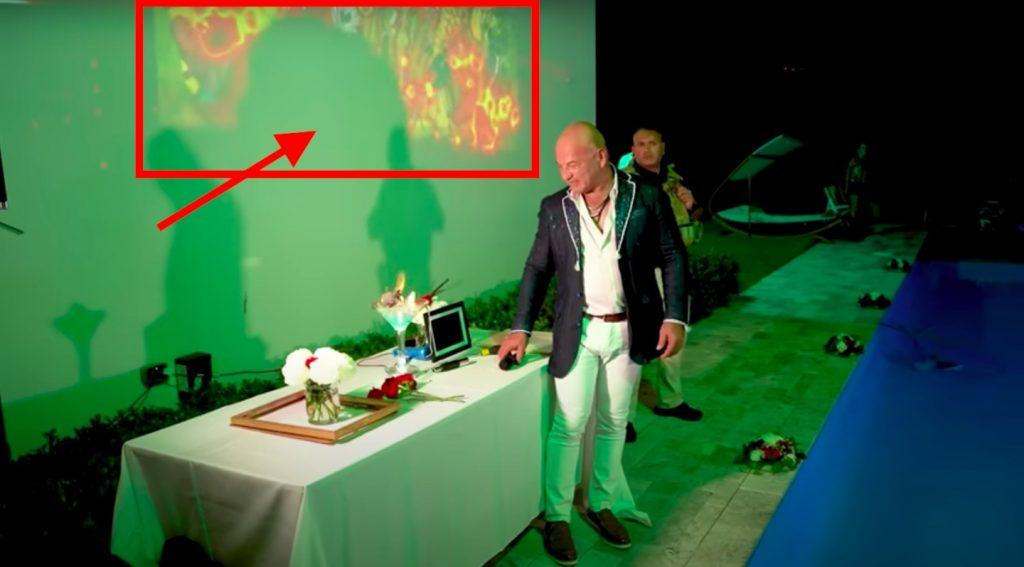 A final card promises future events for the FridaNFT-holding community. Whether that means more art burning or more pool-side fashion shows is not clear. 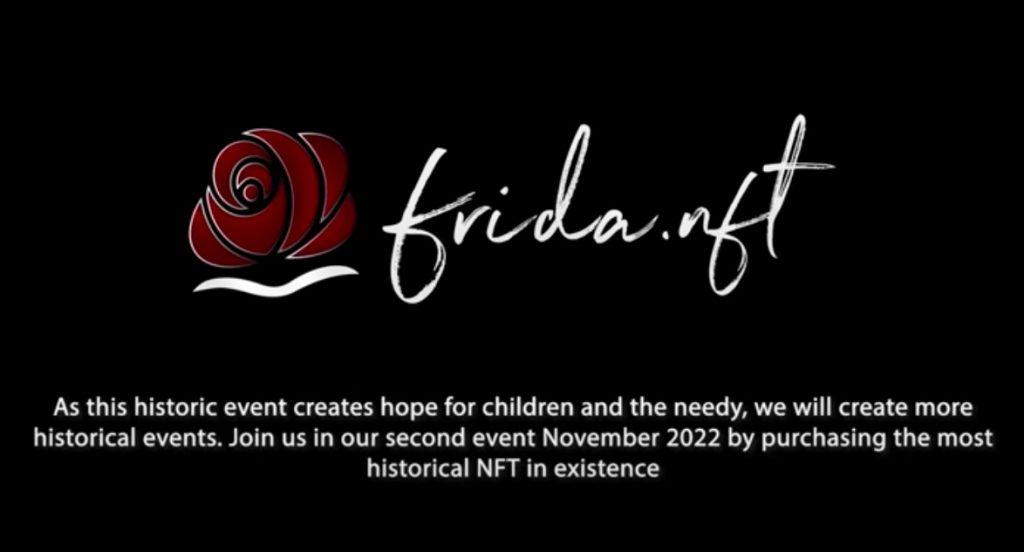 It’s worth saying that FridaNFT has not exactly been a raging success. Its Discord has just a couple dozen members. According to Etherscan, only four of the NFTs have been minted.

So, if the guy really did burn his $10 million Frida drawing, well, egg on Mobarak’s face.

Please enjoy the document of this important cultural event for yourself:

Sweden Drops Free Entrance to Its State Museums and Slashes $91.4 Million From Its Culture Budget