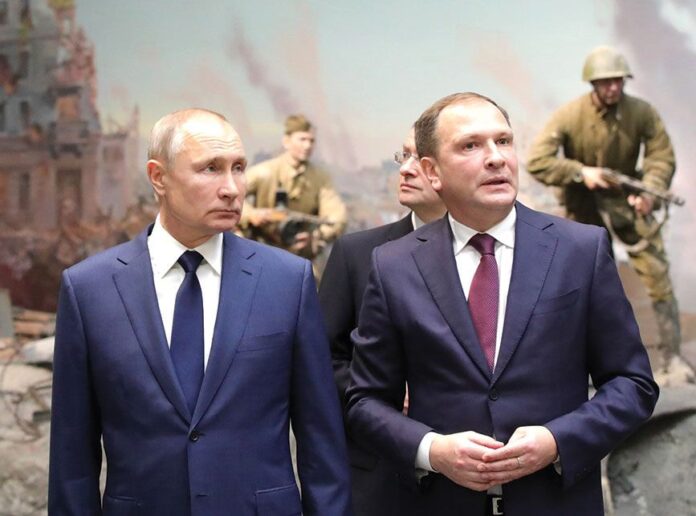 Aleksandr Shkolnik, the director of Moscow’s Museum of the Great Patriotic War, which glorifies the Soviet Union’s victory over Nazi Germany in the Second World War, has been added to sanctions lists issued by the UK and Australia against individuals associated with Vladimir Putin and Russia’s invasion of Ukraine. He is the first Russian museum director to be targeted.

According to a statement from the UK’s Office of Financial Sanctions Implementation on 4 May, Shkolnik “has used his position as the head of a significant national cultural institution to spread disinformation, including supporting and promoting the Government of Russia’s false narrative that the invasion of Ukraine is an exercise of ‘de-Nazification’.” Shkolnik, the document continues, “has therefore provided support for or promoted policies and actions which destabilise Ukraine and threaten the territorial integrity, sovereignty or independence of Ukraine”.

Shkolnik was unfazed by the UK designation, telling Russia’s official RIA Novosti news agency: “Yes, of course I know that I am on the list. My reaction is that I’m proud. I’m proud that I made the list.” On 18 May, after Australia’s addition, Shkolnik told the news agency that it is “an indicator of our work”, showing that “we are doing everything right”.

After Russia invaded Ukraine on 24 February, Shkolnik claimed that Russian speakers there had been subject to a ban on their “national identity”, expressing confidence that “the hour will come when Ukrainian neo-Nazis will be condemned, as was the case at the end of World War II”. In April, the museum opened an exhibition, Ordinary Nazism (until 17 July), directed against Ukraine. The museum’s website describes it as being “about the atrocities of Ukrainian nationalists during the Second World War, as well as about the mass crimes and terror of modern neo-Nazis against the inhabitants of Ukraine in 2014-2022”. On 18 May, the museum’s press service reported that 150,000 people had visited the show.

Shkolnik was honoured by Putin last year for his “contribution to the patriotic education of the younger generation.” Known as the Victory Museum, the institution has an atmosphere which is a cross between totalitarian chic and luxury funeral home.

Among Russia’s museums that had a major international presence, the comments and actions of Mikhail Piotrovsky, the director of the State Hermitage Museum in St. Petersburg who has supported Putin’s presidential campaigns and has not spoken out against the war, have been most closely watched. He and the heads of Russia’s other top art museums were suspended by the Bizot Group of the world’s leading museum directors.

Wet Paint in the Wild: Randy Kennedy Fuels Up on French Home-Cooking Ahead of New York’s Week of Fairs and Openings