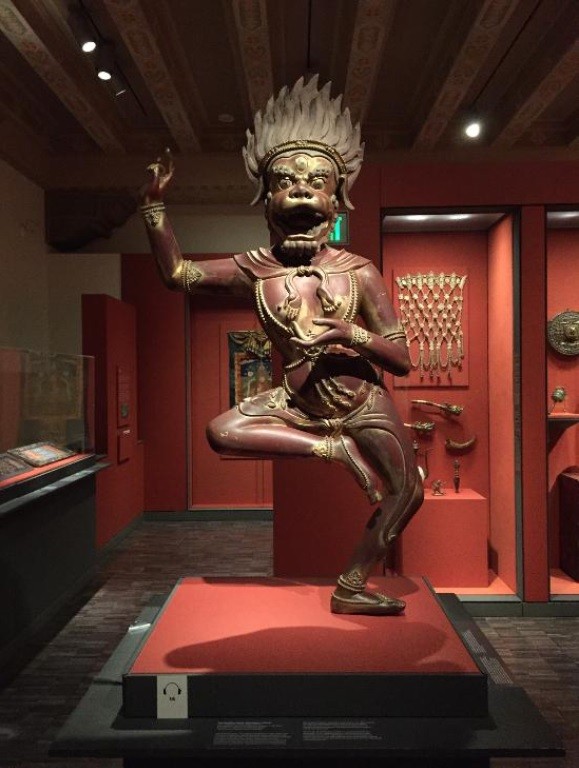 San Francisco’s culture is vast and diverse in terms of art, music, cuisine, festivals, museums, and architecture. San Francisco’s cultural diversity and eccentricity are so great that over the years they have greatly influenced the country and the world. In 2012, Bloomberg Businessweek named San Francisco the best city in America.

The Asian Art Museum fascinates with its fantastic collection of Asian art, which ranges from Indonesian shadow puppets and archaeological finds to Ganesha statues and ancient Hindu sculptures. Covering more than 6000 years of history, the breadth and range of exhibits are breathtaking; it is the most extensive collection of Asian art in the United States. In addition to permanent exhibitions, the museum regularly holds temporary exhibitions, and throughout the year there are many interactive events and concerts. 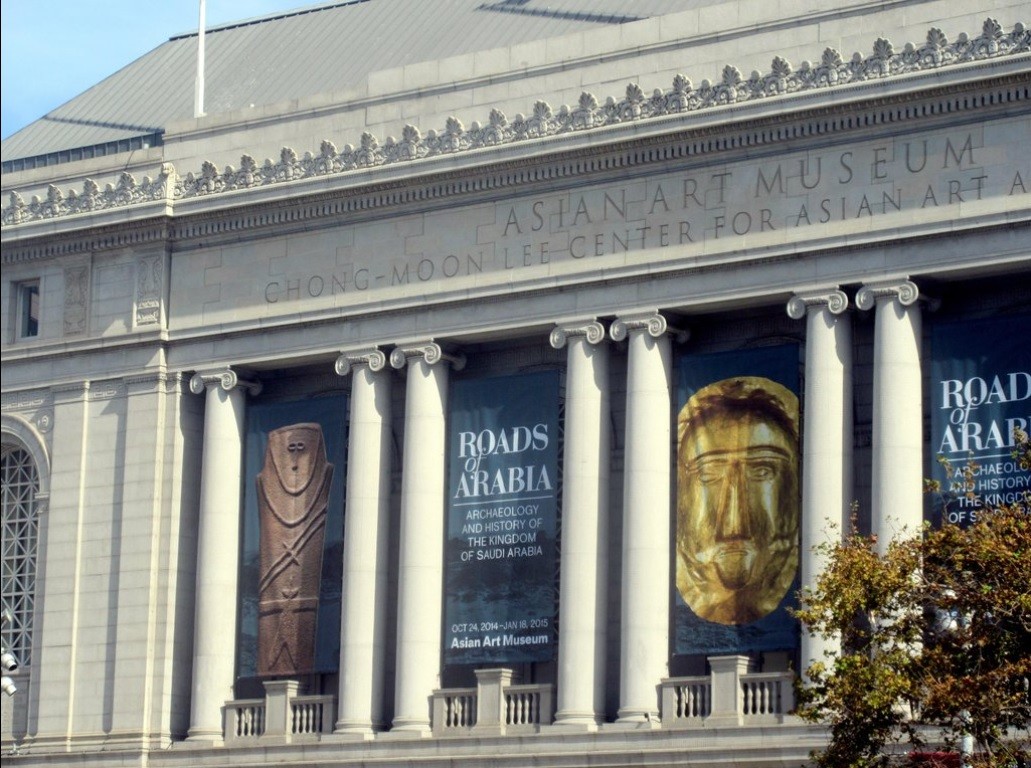 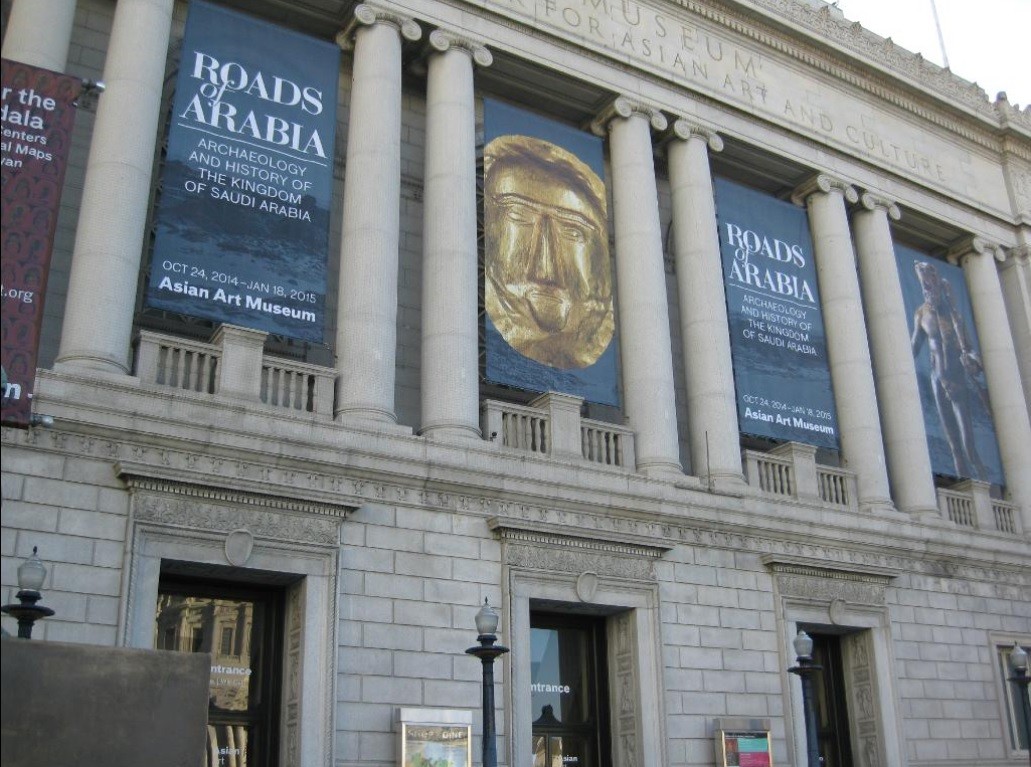 Located in the former main library building of the city in its Civic Center neighborhood, the San Francisco Museum of Asian Art is dedicated exclusively to Asian art and has more than 16,000 works covering a period of 6,000 years. It also offers classes and special events such as tea ceremonies and the artist of negotiation. For most of the year, the museum has only an adult night series on Thursdays, which does not include cocktails, musical performances, and lectures from visiting artists to 9 pm. 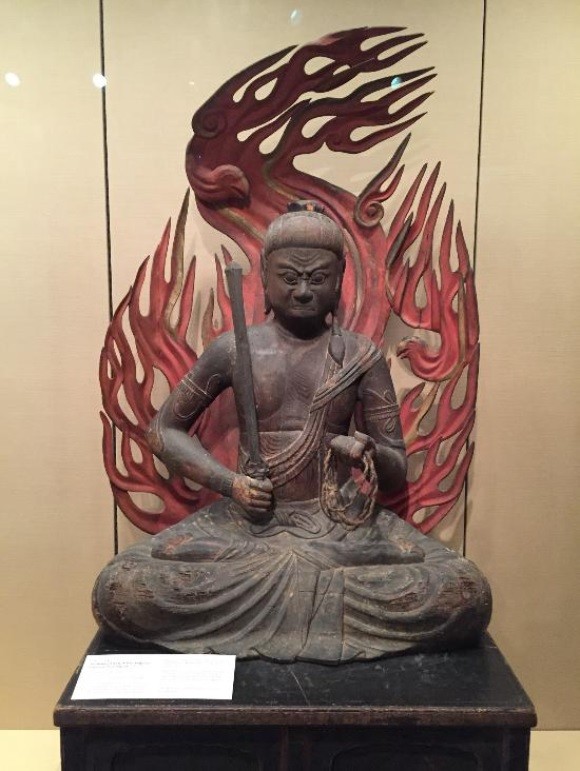 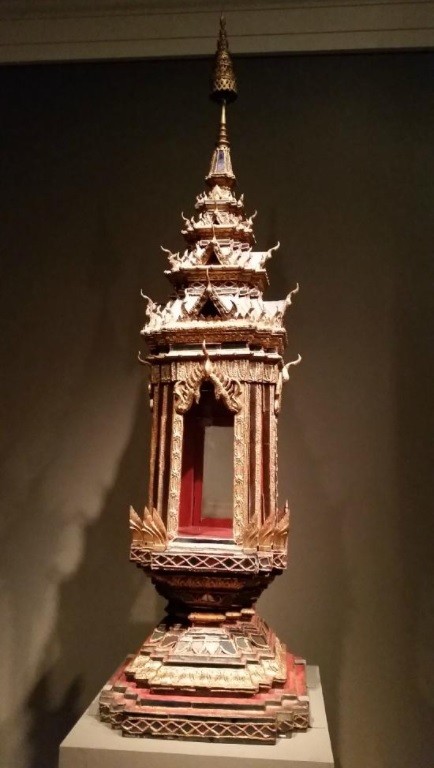 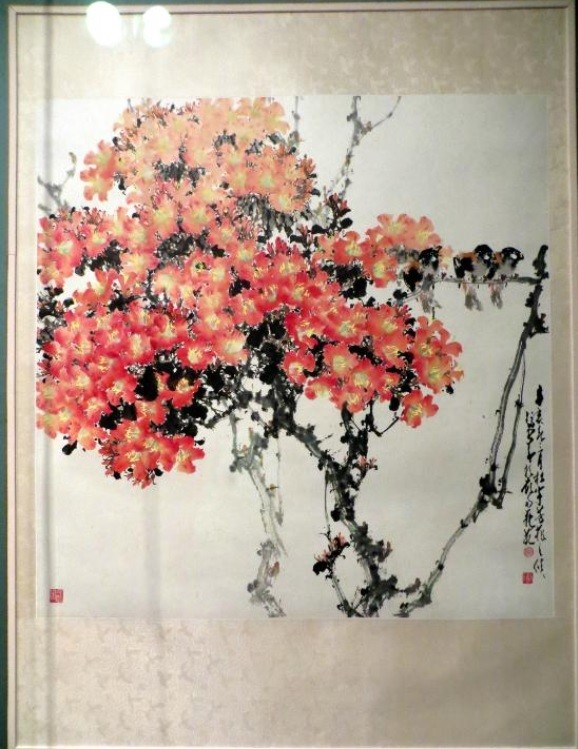 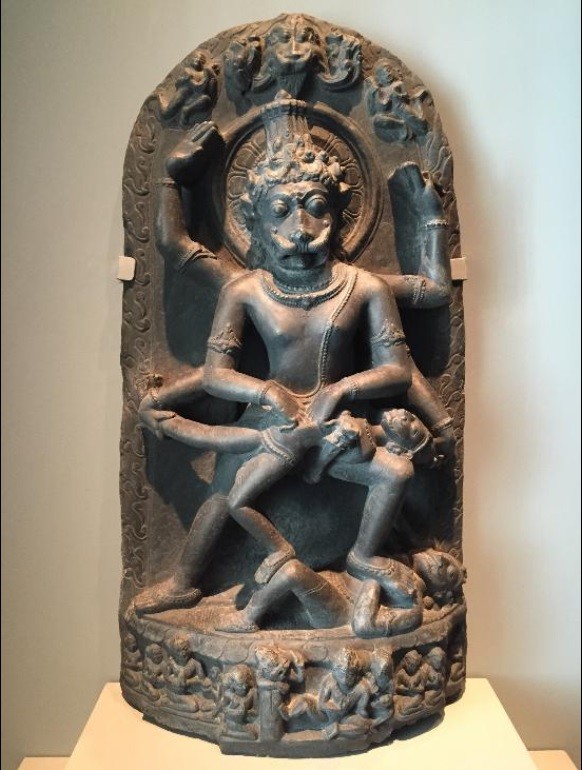 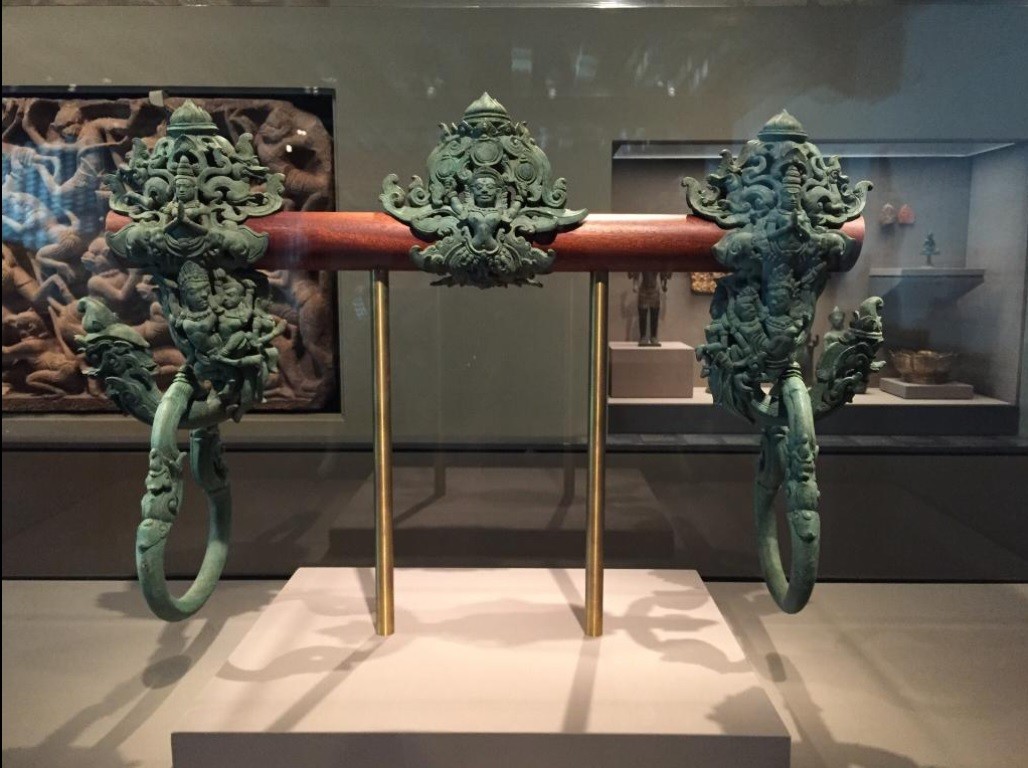 The collection consists of about 17,000 works of art and artifacts covering a period of 6,000 years from major Asian countries. The galleries are dedicated to South Asia, West Asia, Southeast Asia, China, Korea, and Japan. The museum has a research center, held exhibitions.

The Asian Art Museum of San Francisco announced the soon opening of its new exhibition space in 2019. The museum managed to collect $100,000,000 from private donations for its construction. The project was curated by the outstanding Thai architect and designer Kulapat Yantrasast. According to the plan, the museum is to open in April 2020. 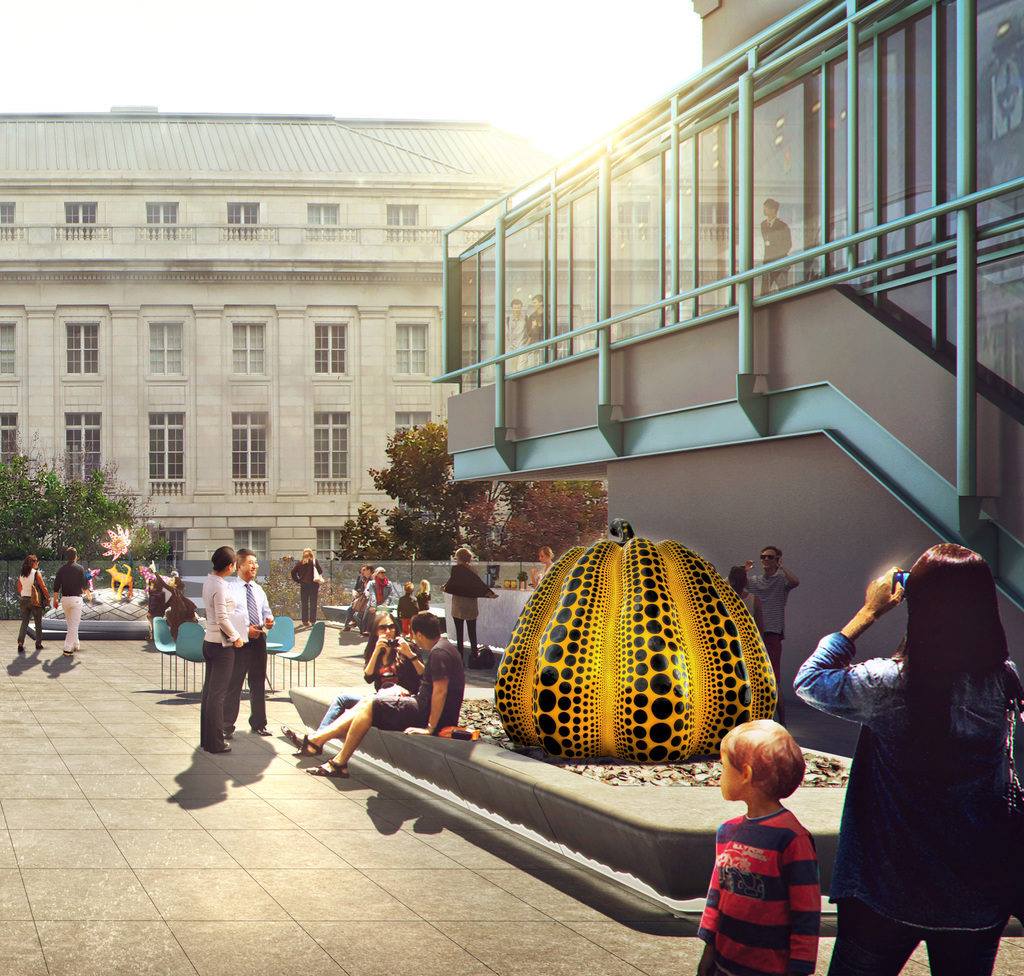 The first exposition in the pavilion of 1200 square meters will be a futuristic exhibition of new works from the Japanese team of digital artists teamLab. The museum will also open a huge art terrace where the installations of Aya Weiwei and Ala Ebtekar will be placed. The new museum space is designed for large-scale expositions of Asian contemporary art. It will supplement the main building of the museum, whose history can be traced back to 1969. 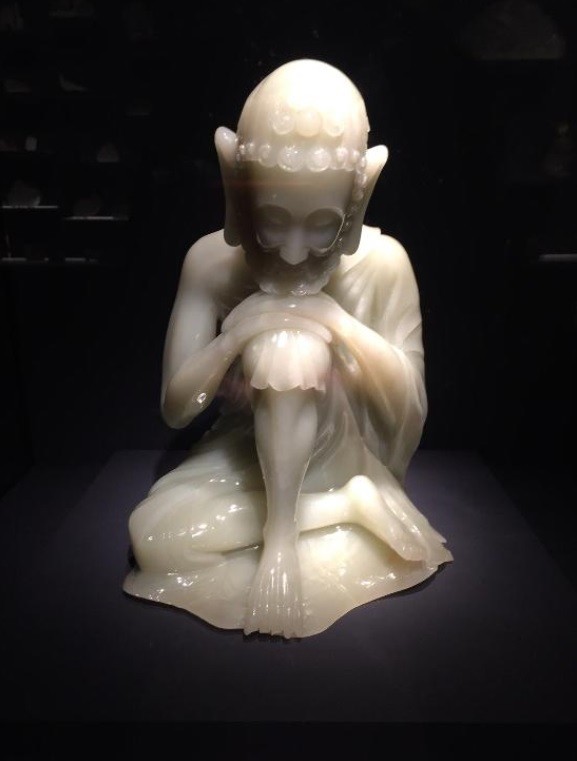 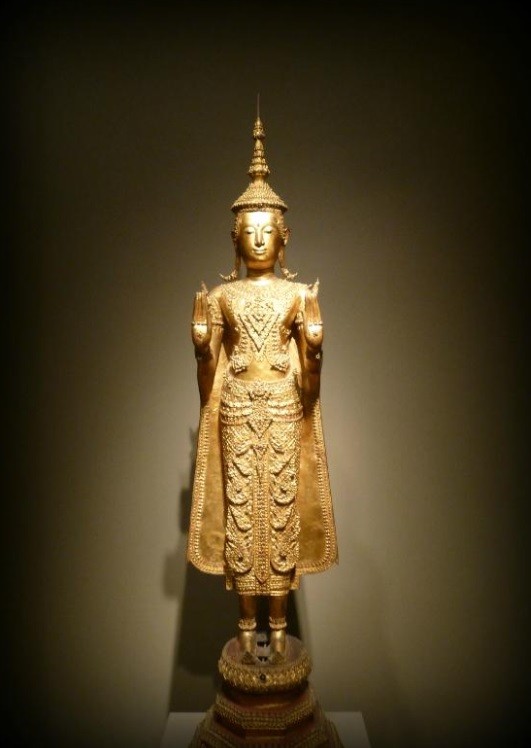 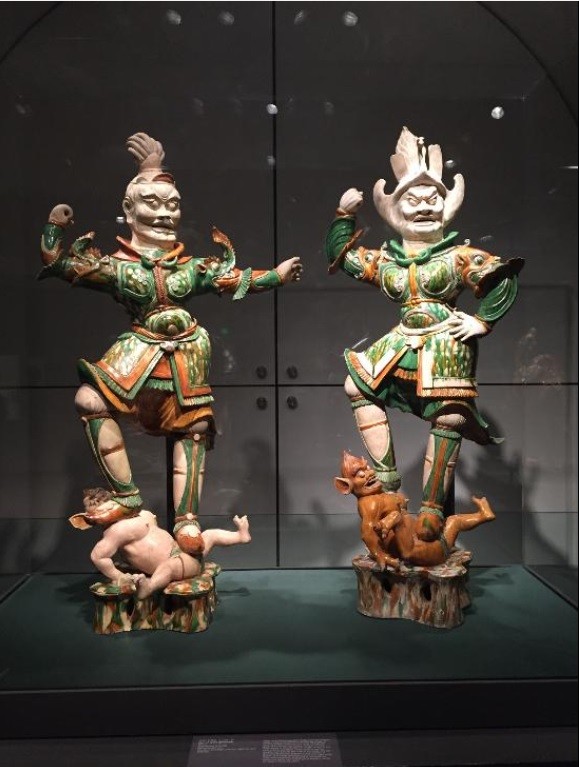 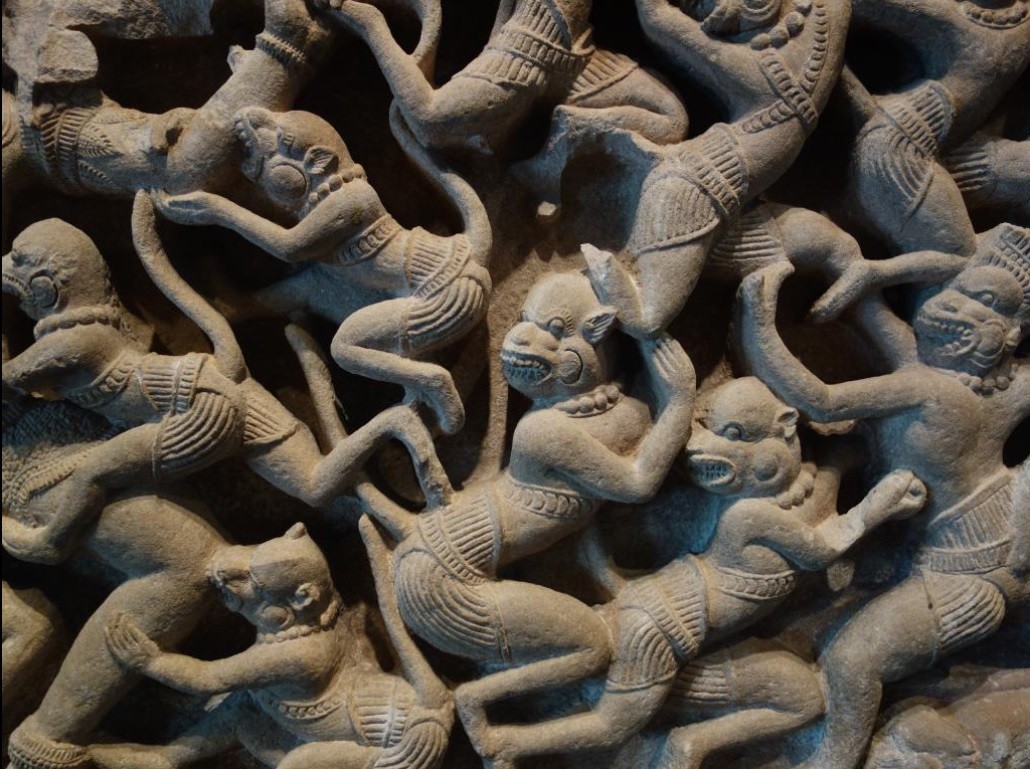 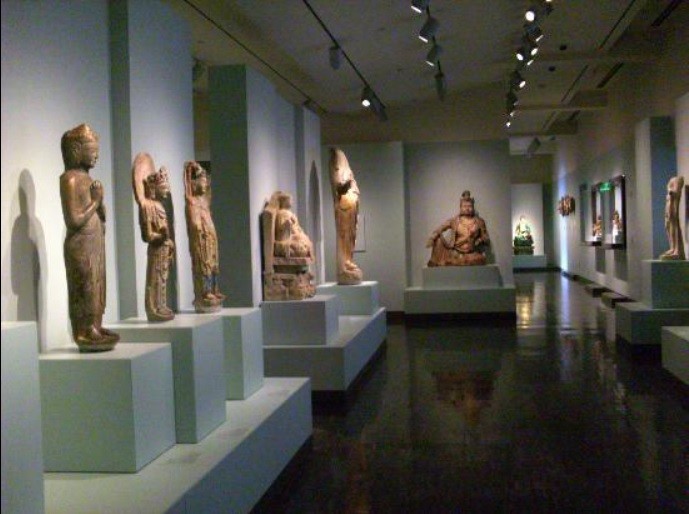 Painting from the subjects of traditional Chinese painting on rice paper covers the sculptures that the artist creates. These molded pattern works showcase natural and home scenes, including lush gardens, animals, and interiors of Chinese homes. 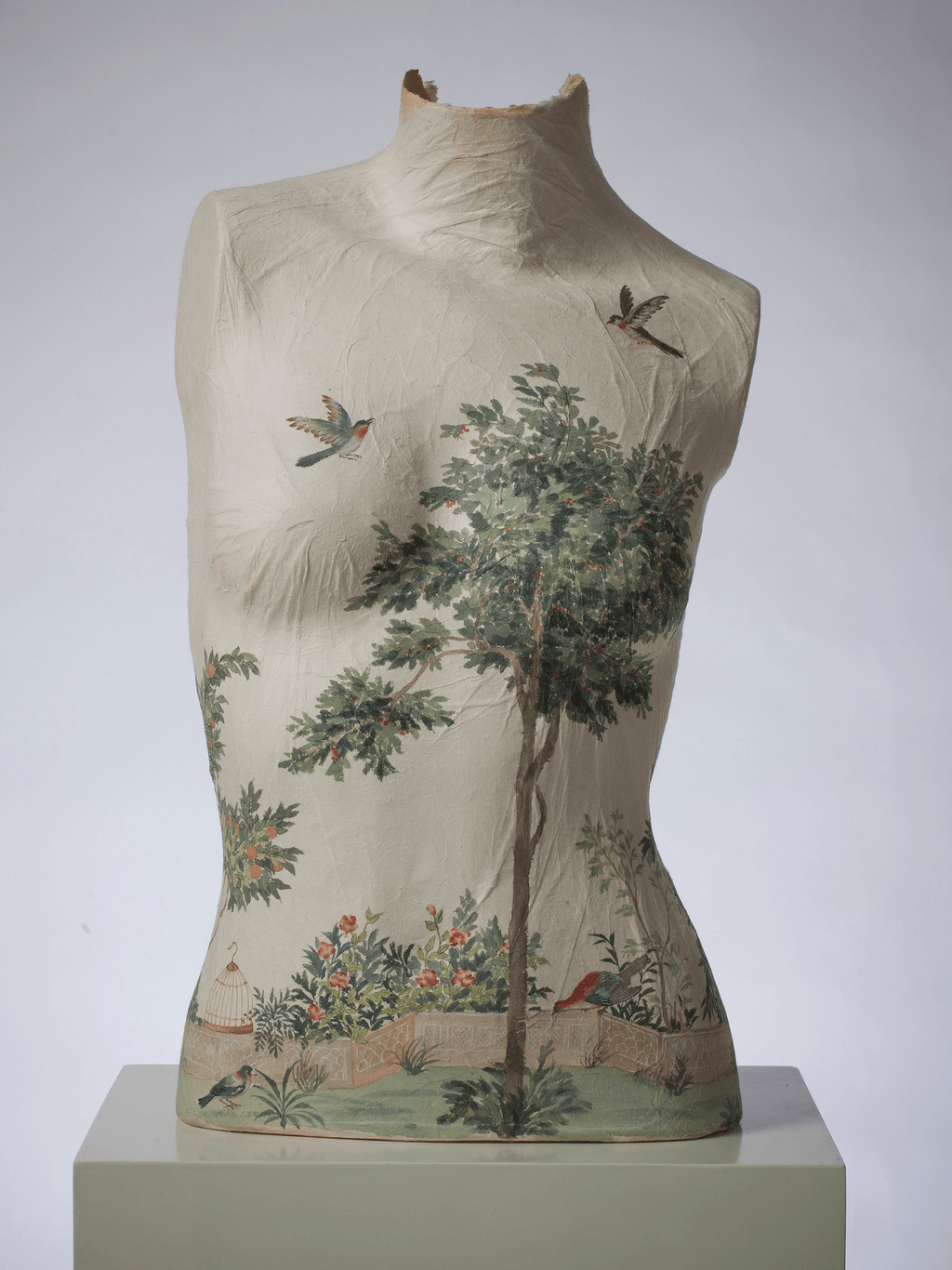 Peng is concerned about the adoption of Western clothing styles by Chinese women. By drawing classic Chinese motifs on Western shoes and other fashion-related items, Peng aims to show China’s declining cultural heritage in the context of globalization.

Peng Wei was born in Chengdu in 1974, where she graduated from the Oriental Art Department of Nankai University with a bachelor’s degree in literature. The artist has a master’s degree in philosophy. 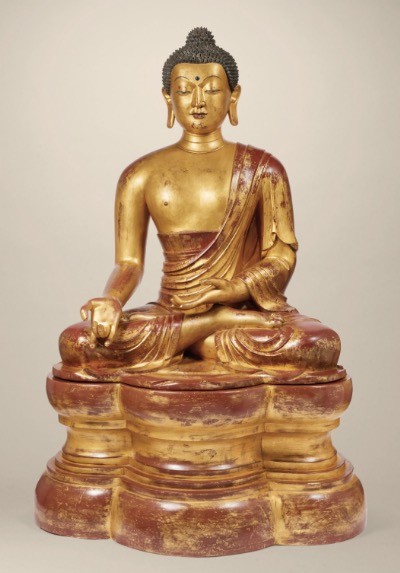 The sculpture, which was created in North-Eastern China in the eighteenth century, reflects the Tibetan influence. Although Tibetan images began to appear in the repertoire of Chinese art as early as the Yuan Dynasty (1279-1368), the Tibetan influence on Chinese Buddhist art became much more pronounced in the Ming Dynasty (1368-1644), especially during the Yongle period 永樂年 (1403-1424) and сюаньдэ德德 (1426-1435), when the imperial court favored Buddhism and made a concerted effort to establish secular and religious alliances with Tibet, even inviting Tibetan monks to the capital, Beijing, to conduct religious services. In such early Mina Buddha sculptures, which are usually in gilded bronze, the outer clothing leaves the right shoulder of the Buddha naked, but covers the left shoulder and upper arm, and then crosses the chest and abdomen diagonally to cover the lower body and legs. Visible below the Buddha’s right nipple, the upper edge of the underwear surrounds the lower part of the chest, and then comes out from under the outer clothing to cover the left forearm. This basic representation of the Buddha would continue throughout the eighteenth century in Tibetan Chinese sculptures.

The present figure is the largest of several known sculptures of the Qing Dynasty in this style to date, all of which, as a rule, date back to the eighteenth century, with different references to Kangxi 康熙 (1662-1723) and Qianlong 乾隆 (1736-1795) reigns and is said to have been produced in the area jehol河河 in Northeast China, near Chengde in Hebei Province 河北省德德市; they reflect Qing’s support for Tibetan Buddhism and his preference for Tibetan or Tibetan-Chinese paintings and sculptures. The sculptures that are closest to the current Buddha in style and appearance are the Shakyamuni Buddha in the collection of the Beijing Palace Museum (Gu849 and Gu912 / 故849 and 故912). Each is only 17.5 cm tall and is much smaller than the real example; in fact, they are the smallest published sculptures in this style. In a related style, but representing the Buddha of Amitaius, the gilded lacquered wood sculpture in the collection of the Asian Art Museum, San Francisco, measures 101.6 cm high (B60 S16+).

The Asian Society today announced that more than 40 artists and groups from 19 countries have been selected to participate in the three-year Asian Society Festival, held in several locations: Art, Ideas, and Innovation.

Artists and teams selected for the three-year period of the Asian Society work in a variety of disciplines, including painting, sculpture, photography, video, decoration, and performance. They represent the countries of Asia and the Asian Diaspora and combine a surprisingly diverse range of works and viewpoints. Almost half of the artists were commissioned to create new work; many of these works relate to specific sites.

“Art can connect us across borders and cultures,” says the president and CEO of the Asian Society. Josette Sheeran, “This is a vital time to connect with our shared human dreams. This first-ever Asian Art Triennial will bring the power of fantastic art and ideas that will remind us that we really don’t dream alone.

To create a truly democratic and large-scale festival, the Asian Society will work with other New York cultural institutions and venues such as Governors Island and Times Square Art Midnight to bring the Triennale to different locations in New York City and ensure it is free of charge to all audiences. Under the leadership of Agnes Hsu TanDoctor of Philosophy, Executive Chairman of the Triennale and Chairman of its Steering Committee, the Triennale goes beyond New York and the visual arts field to create a fruitful collaboration with the New York Philharmonic, Santa Fe Opera and others to create a platform that brings together a variety of art forms.

In addition to showcasing works by renowned artists such as Susie Ibarra, who will be performing at the New-York Historical Society, the triennial will present a recently commissioned work by contemporary composer Juan Ruo at a gala evening on June 5. Juan Ruo, composer of the long-awaited new opera M. Butterfly is the first resident composer of the Triennale. “The Festival of Contemporary Art should be a work of art in itself,” says Dr. Xui-Tang. “The Triennale is developing the heritage of the Museum of Asian Society as a cultural avant-garde of diverse artistic voices from and around Asia. This new international platform is based on more than sixty years of institutional legacy of diplomacy and systematic interaction between Asia and America.

Painting with the Needle from Chinese Venice

The exposition brings together different subjects: hieroglyphs, landscapes “Chinese Venice” – city Suzhou, ancient engravings with the image of the sages, travel and, of course, flowers and fish. These works are so skillful that they were called “Painting with a needle” – “Xinhua”. 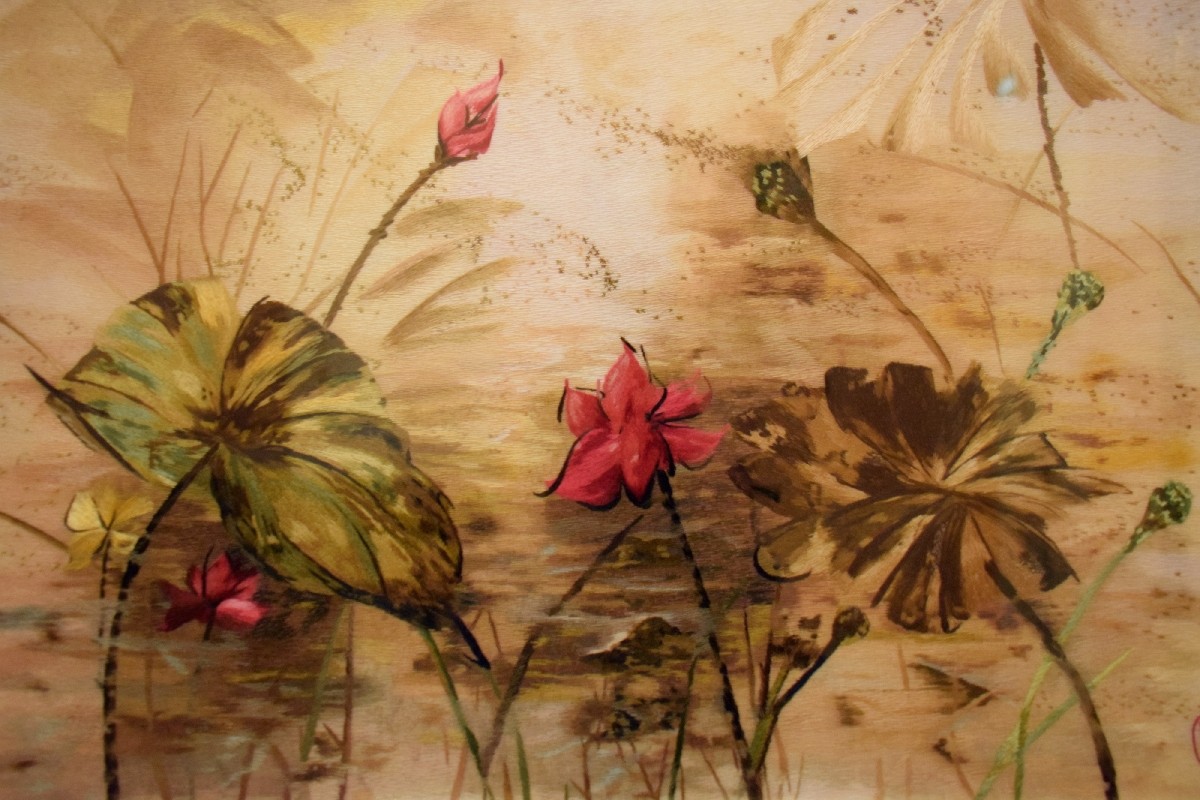 The history of silk embroidery on silk is about 3 thousand years. Before the beginning of work, the usual silk thread is divided into 20 and sometimes 100 spider-hairs, which are used to “write”.

Double-sided embroidery requires great skill in silk. Only a few take on such a complex case. Its main conditions – not to make a single extra stitch (the thread can be pulled out, but the trace on the thinnest transparent silk will still remain), not to fix the threads with the help of nodules, to keep absolutely identical image on both sides (for this a large mirror is used, with which the embroideress sees the image on the back). At our exhibition, you can get acquainted with such works.

San Francisco had the world’s largest human flower in bloom

The record achievement was organized in 2017 by the Asian Art Museum. 2,405 people gathered at the Civic Center to become part of two huge lotuses.

The event was held to celebrate the 50th anniversary of the Summer of Love, created to celebrate “serenity, integrity, and humility in the face of adversity. 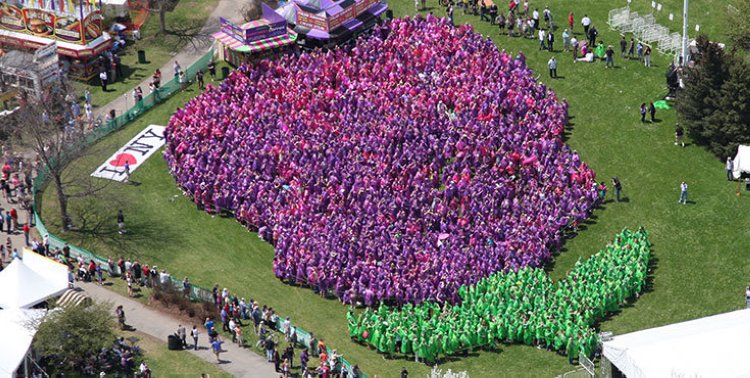 “We want to celebrate what makes the Asian Art Museum and the city of San Francisco so special: inclusiveness, global consciousness, and cultural empathy. Lotus is a symbol of peace and unity,” said Asian Art Museum Director J Xu in a statement.

According to the Asian Art Museum, before their feat, the largest human flower, which entered the Guinness Book of Records, was made in New York in 2014, but in the creation of that flower was involved only 2,300 people. 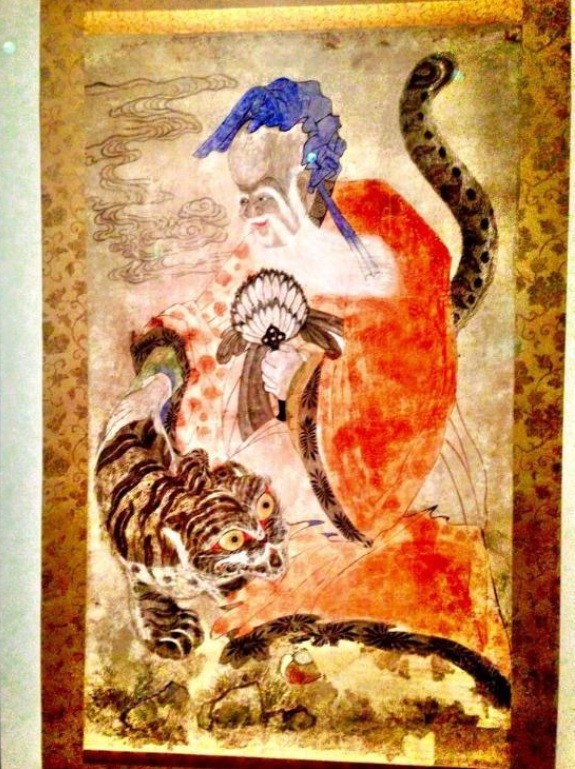 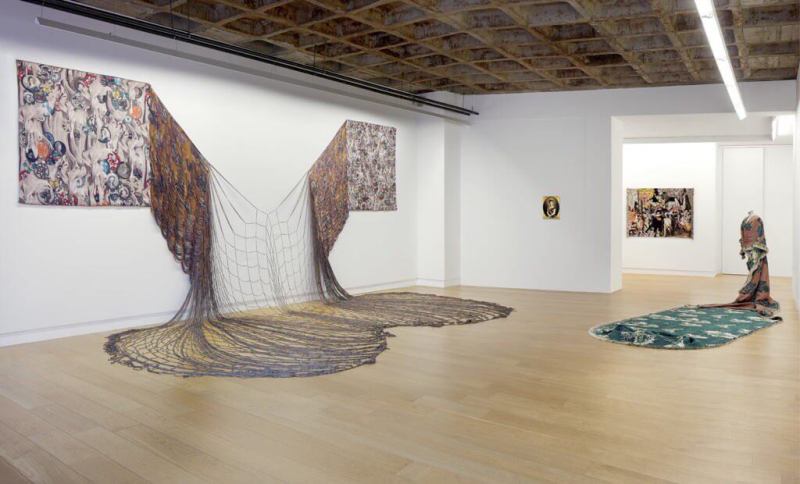 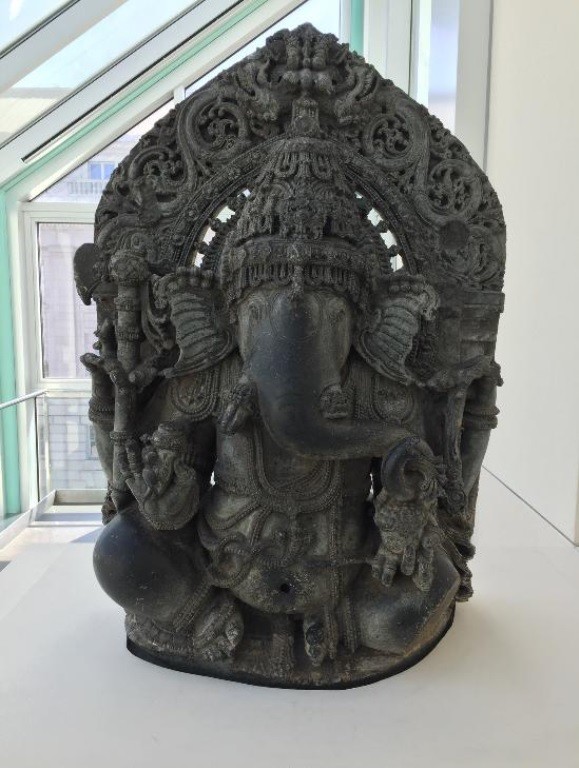 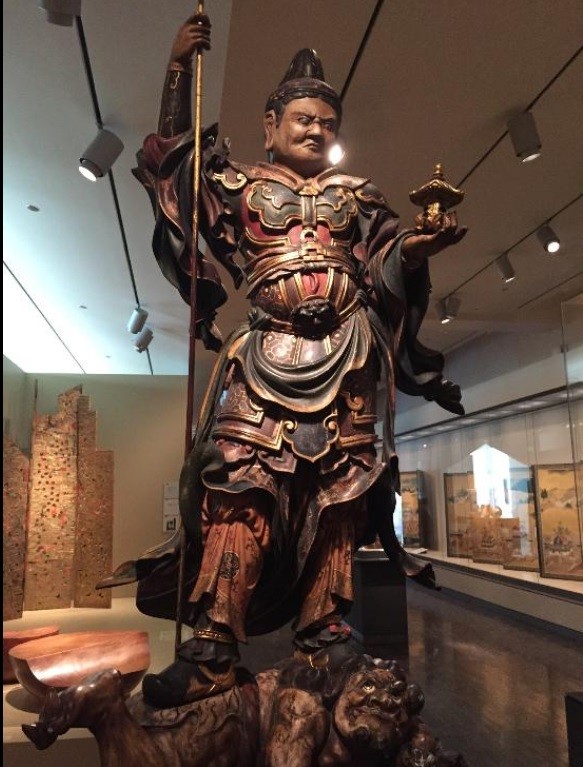 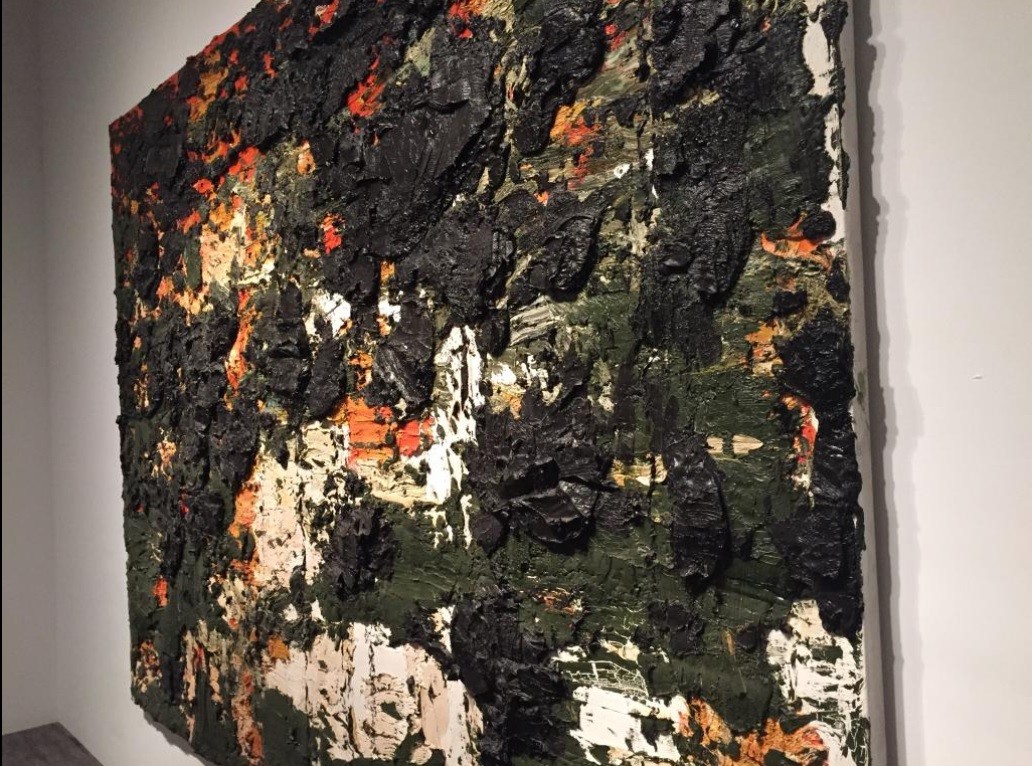 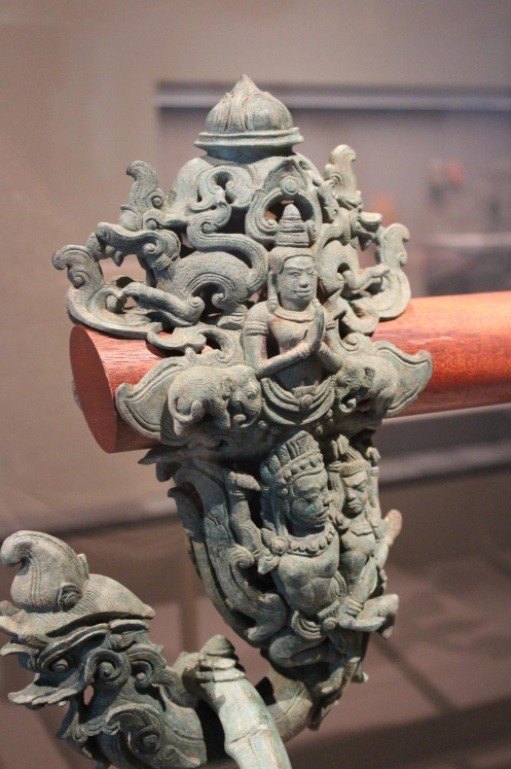 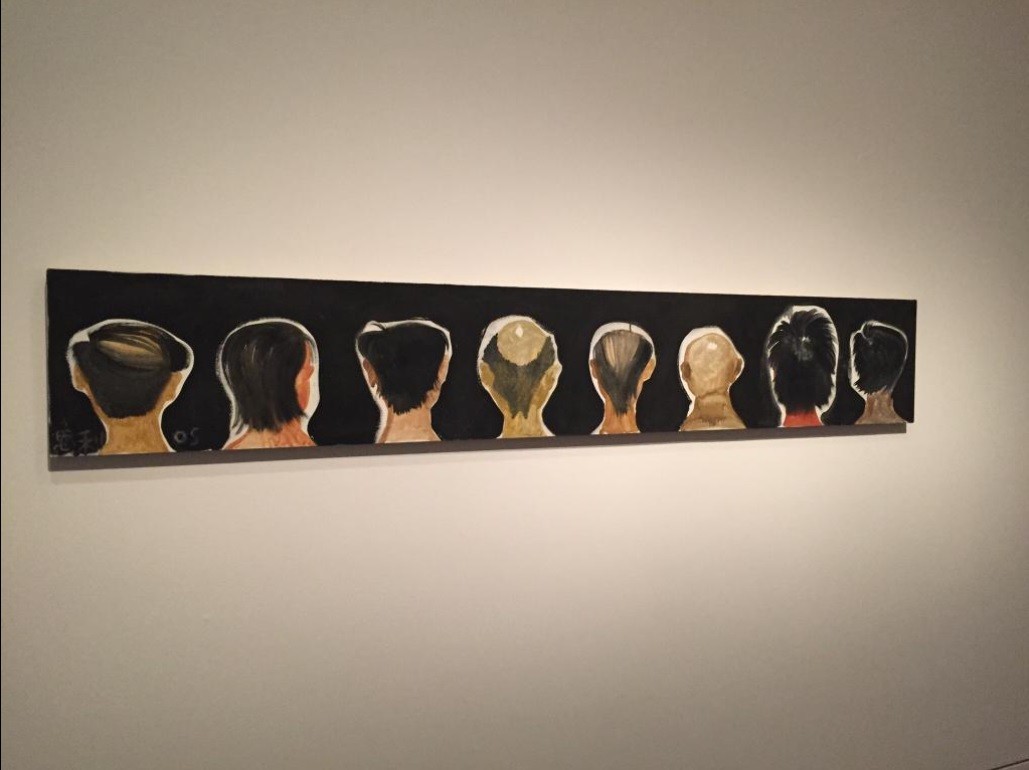 What to see in San Francisco at different times of year

San Francisco is called the most non-American city in the United States. The whole year is filled with national and general festivals and celebrations:

There is no need to plan a vacation to San Francisco in November – January. This is a time of rain and fog when walking around the city will not give you pleasure.

Frames Which Frame Themselves by Taylor Holland