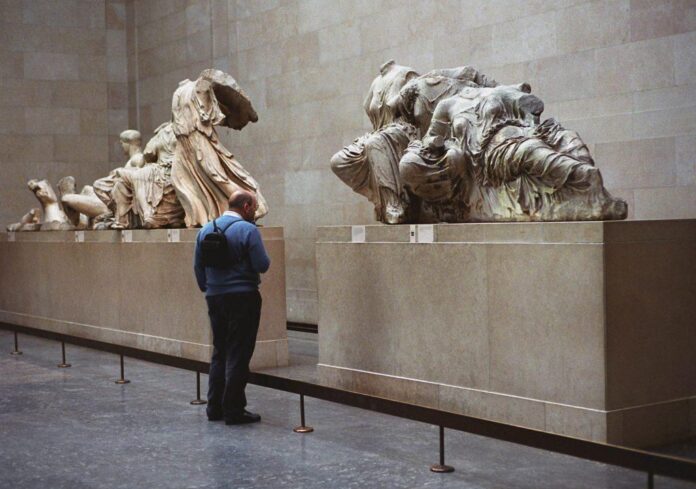 Greece has rejected the prospect of a “long-term loan” of the Parthenon marbles from the British Museum in London, despite reports just last week that the two sides were nearing an agreement. Senior Greek ministers refuse to acknowledge that the U.K. institution legitimately owns the sculptures or that it therefore has the right to loan them out.

During a televised meeting today between Greece’s prime minister Kyriakos Mitsotakis and president Katerina Sakellaropoulou, the premier declared that he still hopes to secure the permanent return of the sculptures should he win a second term in the country’s legislative elections in July, according to Reuters, suggesting that the stance is part of his party’s re-election campaign.

“I don’t expect immediate results, but I believe that we have already moved very systematically,” he said. “If the Greek people trust us again, I believe we could achieve this target after the elections.”

These promises contradict a statement made by the British Museum to Artnet News last week claiming that it had entered into “constructive discussions” with Greece about a possible “Parthenon partnership.”

On January 3, reported that the museum’s chairman, George Osborne, has drawn up a landmark deal with Athens to possibly return the cultural treasures after 200 years as part of a “cultural exchange” that would effectively be a “loan agreement.”

If the deal were to go ahead, Greece would be acknowledging the British Museum’s right to loan out the items.

“We repeat, once again, our country’s firm position that it does not recognize the British Museum’s jurisdiction, possession, and ownership of the sculptures, as they are the product of theft,” said the Greek ministry of culture, according to a report in the newspaper .

The ancient stones were removed from the frieze decorating the Parthenon temple in Athens by the British aristocrat Lord Elgin and eventually bought by the U.K. government for the British Museum in 1816. The debate over whether they should be returned has waged for several decades, with Greece even constructing a special gallery at the Acropolis Museum intended to house the works. Those held at the British Museum are currently represented in Athens by plaster copies.

So far, the British Museum has been prevented from selling or giving away any objects from its collection by the 1963 British Museum Act (except for under a few limited conditions). Despite this, the museum’s chairman George Osborne has, according to a Greek minister, been secretly negotiating with Greece to seek out some compromise since 2021.

Today, Mitsotakis also said that Greece was still pushing for the return of the marbles so that “not only we, Greeks, but everyone, including our visitors, see and enjoy this universal monument in its entirety, in its natural space, which is none other than the Acropolis Museum.”