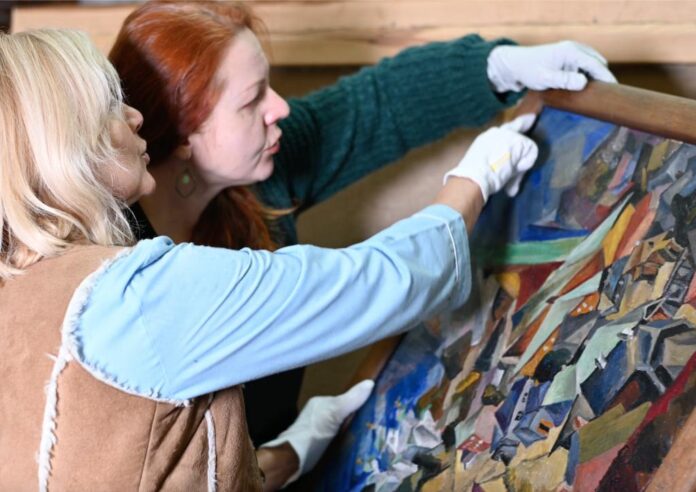 An exhibition showcasing 51 Ukrainian avant-garde artworks that narrowly escaped the recent bombing of Kyiv will go on view next week in Spain. The show will kick off what could be a series of traveling exhibitions to promote and safeguard Ukraine’s cultural heritage amid the ongoing war.

Titled “In the Eye of the Storm: Modernism in Ukraine, 1900–1930s,” the show is branded as the most comprehensive survey of Ukraine’s avant-garde movement. It is organized by Madrid’s Museo Nacional Thyssen-Bornemisza and supported by Museums for Ukraine, an initiative formed by art-world players to protect the country’s cultural heritage. It will open on November 29 with a video message from Ukrainian President Volodymyr Zelensky.

Featuring works by 26 artists including masters of Ukrainian modernism Oleksandr Bohomazov, Vasyl Yermilov, Viktor Palmov, and Anatol Petrytskyi, the exhibition will present a total of 69 works on loan from the National Art Museum of Ukraine, the Museum of Theater, Music and Cinema of Ukraine, the Museo Nacional Thyssen-Bornemisza, and other private collections. The selected works, some of which have never been seen by the public, chronicle Ukraine’s avant-garde art movement during the first decades of the 20th century as it explored figurative art, futurism, and constructivism.

The show is curated by Konstantin Akinsha, Katia Denysova, and Olena Kashuba-Volvach, with support from the Embassy of Ukraine in Spain and PinchukArtCentre, as well as blessings from the office of the President of Ukraine and the Spanish Ministry of Culture. 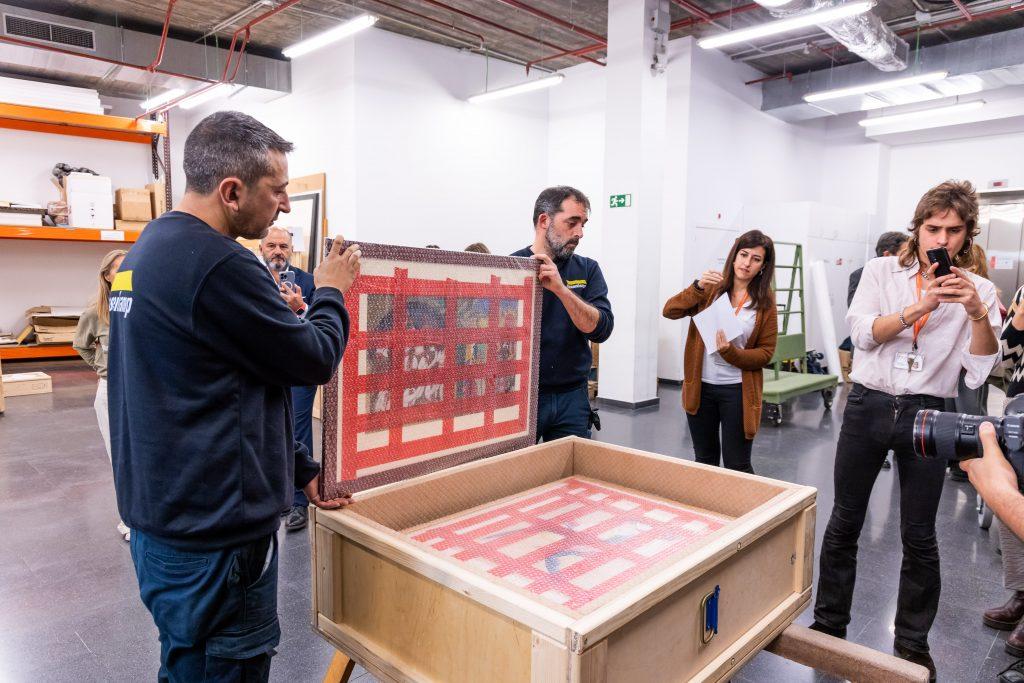 The majority of the works in the show—51 of 69—were transported out of the Ukrainian capital in a secret convoy early on November 15, just hours before more than 100 missiles rained down on Ukrainian cities, including Kyiv, targeting energy facilities. It was one of the worst missile strikes since Russia invaded Ukraine in February, according to Francesca Thyssen-Bornemisza, the art patron behind the rescue mission and the Madrid exhibition, which was planned with record speed.

Kunsttrans, the Austrian art logistics and handling firm, was the only company willing to take on the task and remained in close contact with the drivers throughout the risky journey, Thyssen-Bornemisza noted. 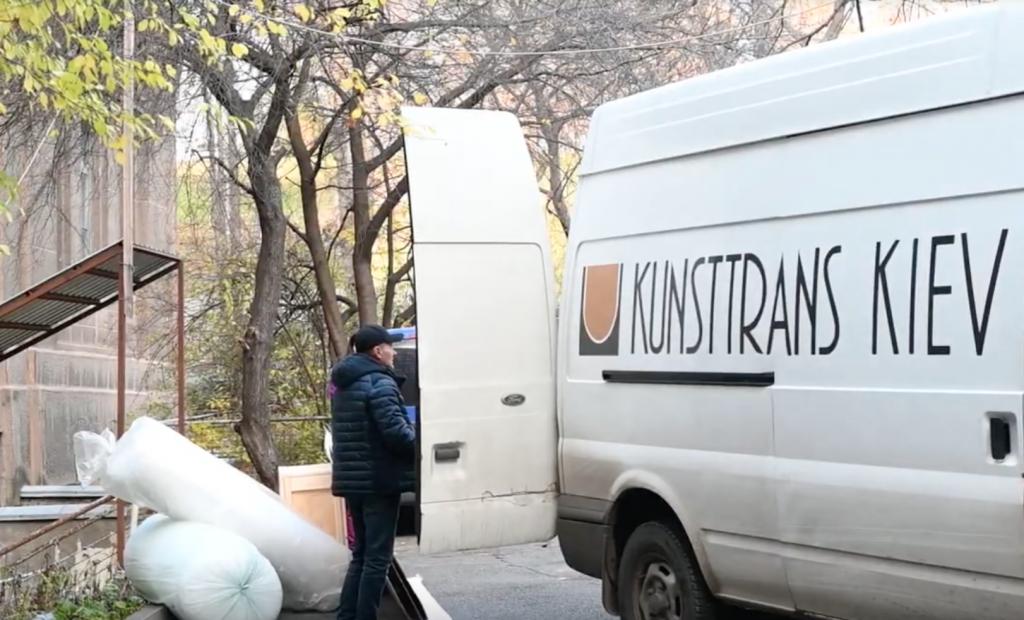 Artworks were loading onto Kunsttrans’s truck, which transported the artworks outside of Ukraine just hours before Russia’s missiles strikes rained down on the country on November 15. Courtesy Museums for Ukraine.

“The convoy was 400 kilometers outside of the city when the worst of the bombing took place,” she recounted. “As the convoy approached the border, crossing at Rava-Rus’ka, a stray missile accidentally fell near the Polish village Przewodow, near the border to Ukraine. NATO was on high alert and Poland went into emergency sessions.” At that point, the trucks were 50 kilometers away from where the missile had landed.

The works arrived in Madrid on November 20, thanks in part to a special intervention from Miguel Iceta, the culture minister of Spain. Such an ambitious loan would normally take at least two years to approve and plan; this one was completed in a matter of weeks.

Since the beginning of the war, more than 500 cultural heritage sites, buildings, and institutions have been destroyed, according to the Ukrainian government’s records. There have also been numerous reports of Russia’s looting of cultural artifacts from Ukraine.

“It is becoming clearer day by day that Putin’s war against Ukraine is not only about occupying territory but it is also about controlling the nation’s narrative,” Thyssen-Bornemisza said. 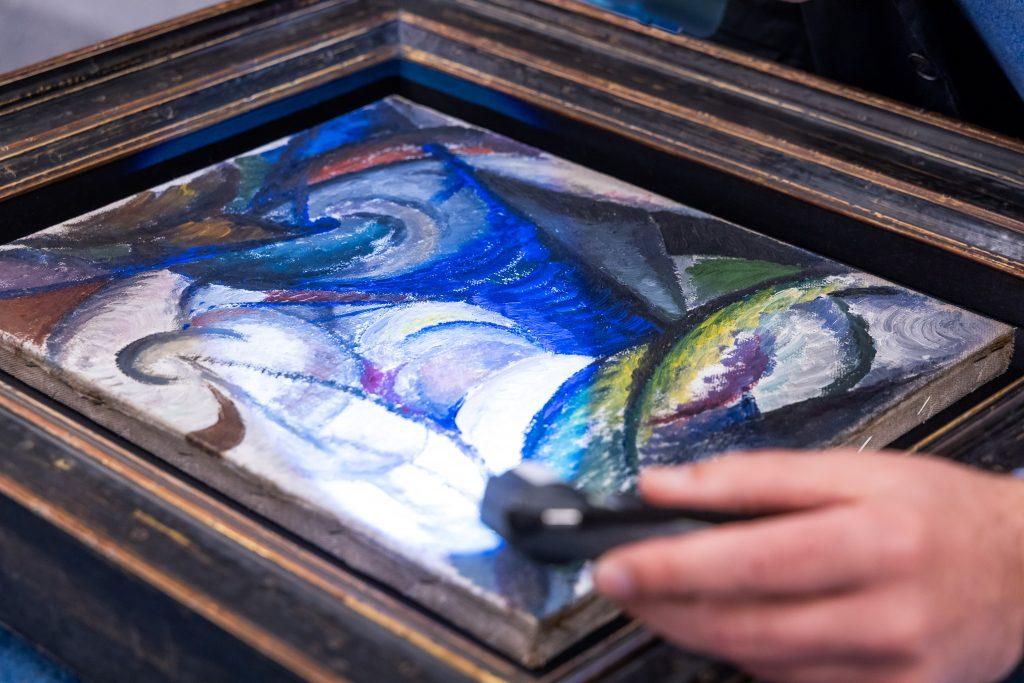 The exhibition at Museo Nacional Thyssen-Bornemisza will run until April 2023, when it will travel to the Museum Ludwig in Cologne.