Home News Elvis Presley’s Dilapidated Private Jet Will Go Up for Auction and Is... 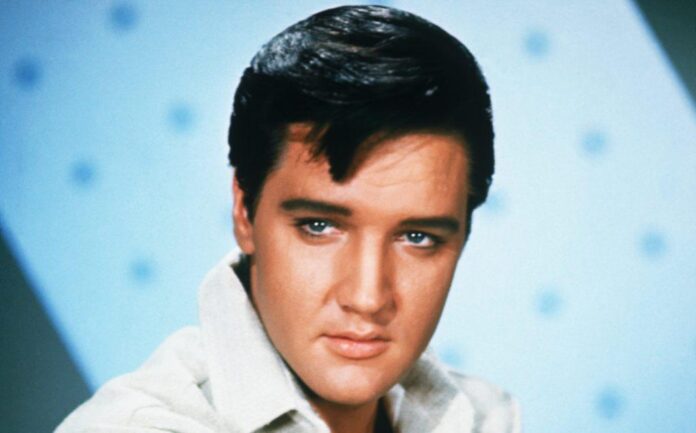 Perhaps the last private plane purchased by Elvis Presley heads to action with Mecum in Kissimmee on December 22, exactly 46 years since the King himself bought the 1962 JetStar, one of only 202 produced in collaboration with Lockheed, the year before his 1977 death. The worn-down aircraft has never been restored. It will need a new engine and cockpit before it can ever hope to fly again, reaching maximum speeds of 565 mph with a fuel range of 2,500 miles.

Replete with original wood paneling, vintage entertainment tech like an RCR/VCR and cassette player, and six plush swiveling recliners, each featuring headphone ports and plush red-velvet upholstery, this plane would make a great gift for any handyperson. In total, it can seat up to nine passengers, two pilots, and one cabin attendant, who would’ve managed the well-equipped galley while Presley and his ‘Memphis Mafia’ dashed to tour dates and press junkets around the world.

Presley kept two pilots on retainer. He also owned several jets during his lifetime, two of which are currently on display at Graceland, including a second JetStar and the singer’s Convair 880 passenger plane named after his daughter Lisa Marie which has its own living room, conference room, and private bedroom.

Mecum’s site says a Saudi Arabian company acquired Presley’s comparatively tiny Jetstar in 1977. According to the Daily Mail, it sold at auction for $430,000 in 2017 upon being rescued from 30 years on a tarmac at Roswell International Air Center’s airplane graveyard—a far cry from its $3.5 million estimate, and well below the $840,000 Presley paid for it half a century ago.

The forthcoming sale’s description on Mecum says this 1962 JetStar has resumed its residence in New Mexico’s desert since then. Mecum has not yet publicized the plane’s price estimate this time around, or why it’s up for sale again.

Replacement parts aren’t included, but some assembly will still be required. Mecum is offering coordination assistance for whoever buys this piece of music and aviation history, since it will need to be taken apart before shipping. Its pieces will arrive with paperwork in tow, including copies of the Aircraft Security Agreement document signed by Presley, its Aircraft Bill of Sale, and Official FAA Blue Ribbon documents.

Forget a ‘Blue Christmas’ (or Kwanza, Hannaukah, or Saturnalia) this year, and make it a red one—with silver accents!