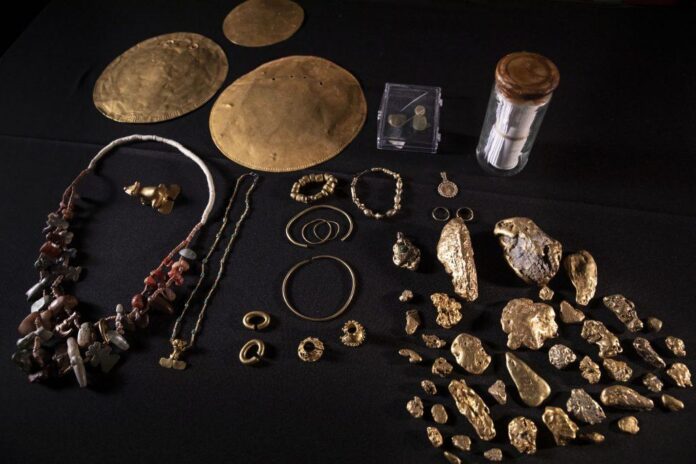 Ever wondered what was really in that 42-pound treasure chest that late antiquities dealer Forrest Fenn once buried in Wyoming’s Rocky Mountains? Wonder no more: 12 years after he sent the public on a treasure hunt, and two since it concluded, the once-hidden hoard is going on sale with Heritage Auctions.

Born in 1930 in Temple, Texas, Fenn started collecting arrowheads at age nine and flew in the Air Force during the Vietnam War. Though possessing no previous experience, he transitioned into antiquity dealing from his Santa Fe base from 1972, counting Gerald R. Ford, Jacqueline Kennedy Onassis, and Cher as clients.

In 2010, Fenn buried a treasure-filled bronze chest at an undisclosed location in Wyoming and launched a nationwide hunt for the case by leaving clues about its burial spot in his memoir. According to Heritage Auctions, Fenn “saw the treasure hunt as a fitting farewell to a life well lived” as much as an incentive for the public to get out and adventure into nature.

An estimated 350,000 people sought the treasure. Some even perished. It was found in 2020, and the successful hunter, a medical student named Jack Stuef, reluctantly identified himself that December.

“I thought that whoever found the chest would be absolutely hated,” Stuef said. “I put an end to something that meant so much to so many people.”

Stuef’s discovery was verified at a June 2020 meeting with Fenn. According to an affidavit signed that day by Fenn’s attorney, “Forrest reviewed all of the contents of the Treasure Chest, confirmed it was the same chest and contents he hid in 2010, and accepted the Treasure Chest,” before gifting it to Stuef. 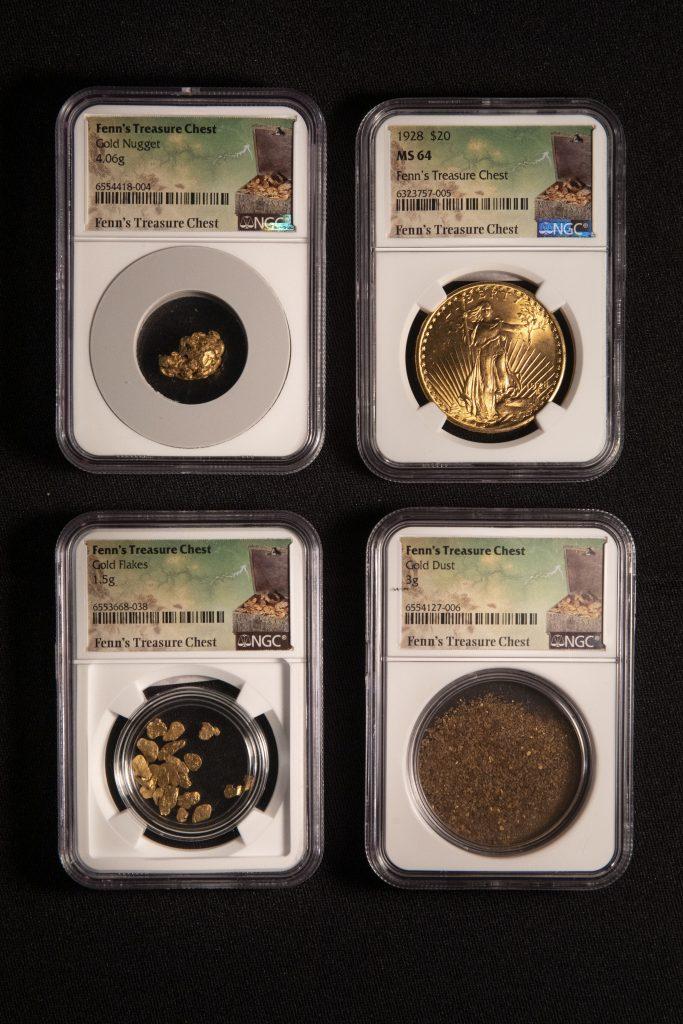 In September 2022, Stuef sold the Romanesque chest and its contents to Tosuro Sagrado Holdings, LLC in a private transaction. The treasure then made its way to Heritage Auctions. “The consignor has kept the chest, the dragon bracelet, and a handful of other items,” reads the auction house’s release, but the rest is in this sale.

While parts of Fenn’s art collection hit the block this year, the auction marks the first time the public can see the actual contents of his fabled treasure chest. All gold pieces are rated and contained in signature “Fenn’s Treasure Chest” cases created by Numismatic Guaranty Corporation (NGC) for Heritage Auctions.

“We felt that this unique pedigree would allow all items housed in these NGC holders to be forever identified as part of the historic hunt,” David Mayfield, vice president of Heritage Auctions, told Artnet News.

But leading the auction at present is a wax-sealed glass jar said to hold Fenn’s 20,000-word autobiography. Bids on the lot are now up to $13,000.

“I also wanted to include something personal with the treasure,” Fenn once wrote about the object’s inclusion in his buried chest, “because maybe the lucky finder would want to know a little about the foolish person who abandoned such an opulent cache.”